Celestyal Launches 1st Cruise Out of Lavrio Homeport for 2022 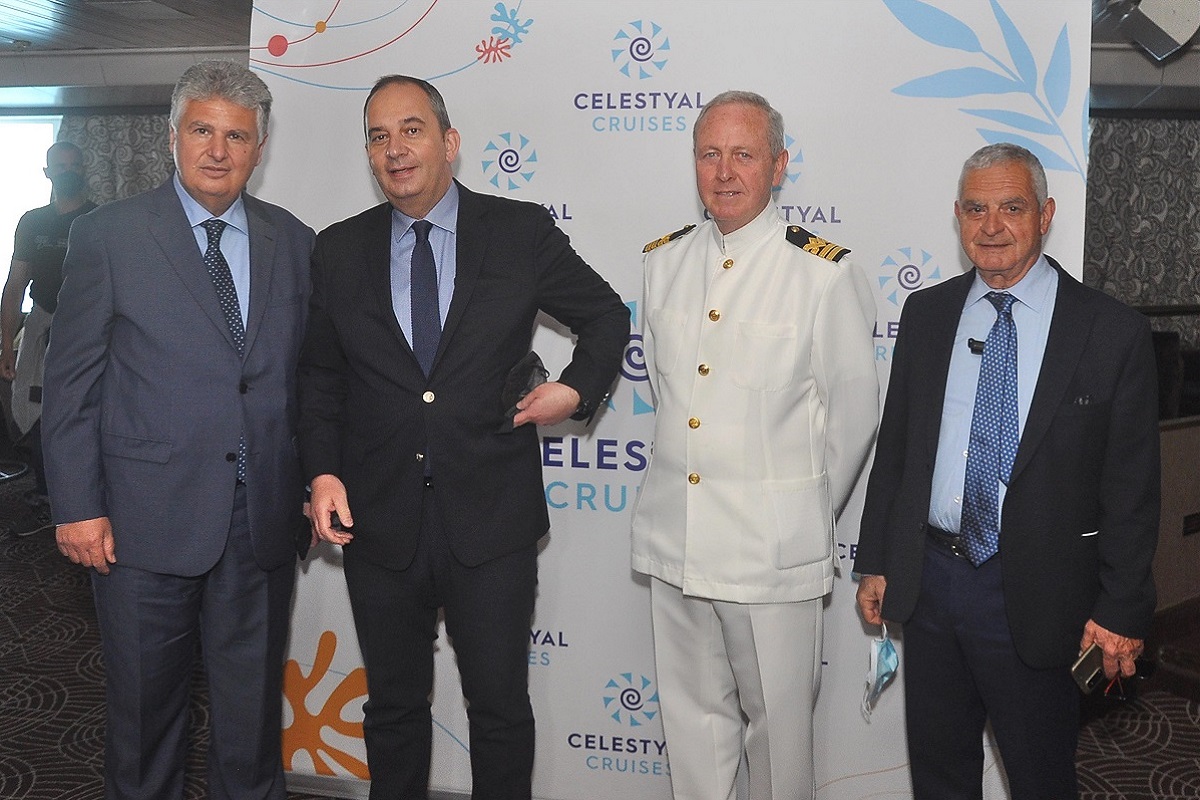 Ready for a strong cruise season ahead, Celestyal Cruises launched its first departure from the port of Lavrio on Friday, the third of its homeports, the company announced during a special event on board the “Celestyal Olympia”.

The “Celestyal Olympia” set off for the Iconic Aegean cruise as part of the company’s popular three- and four-day cruises visiting Mykonos, Kusadasi, Patmos, and Santorini twice a week, and on Wednesdays to also include Rhodes.

Earlier this month, during the official launch of the 2022 cruise season, Celestyal announced that it would be homeporting once again in Thessaloniki,  Lavrio and Piraeus.

Celestyal will be operating 62 cruises out of Lavrio this year with the last departure scheduled for November 14, the company said. 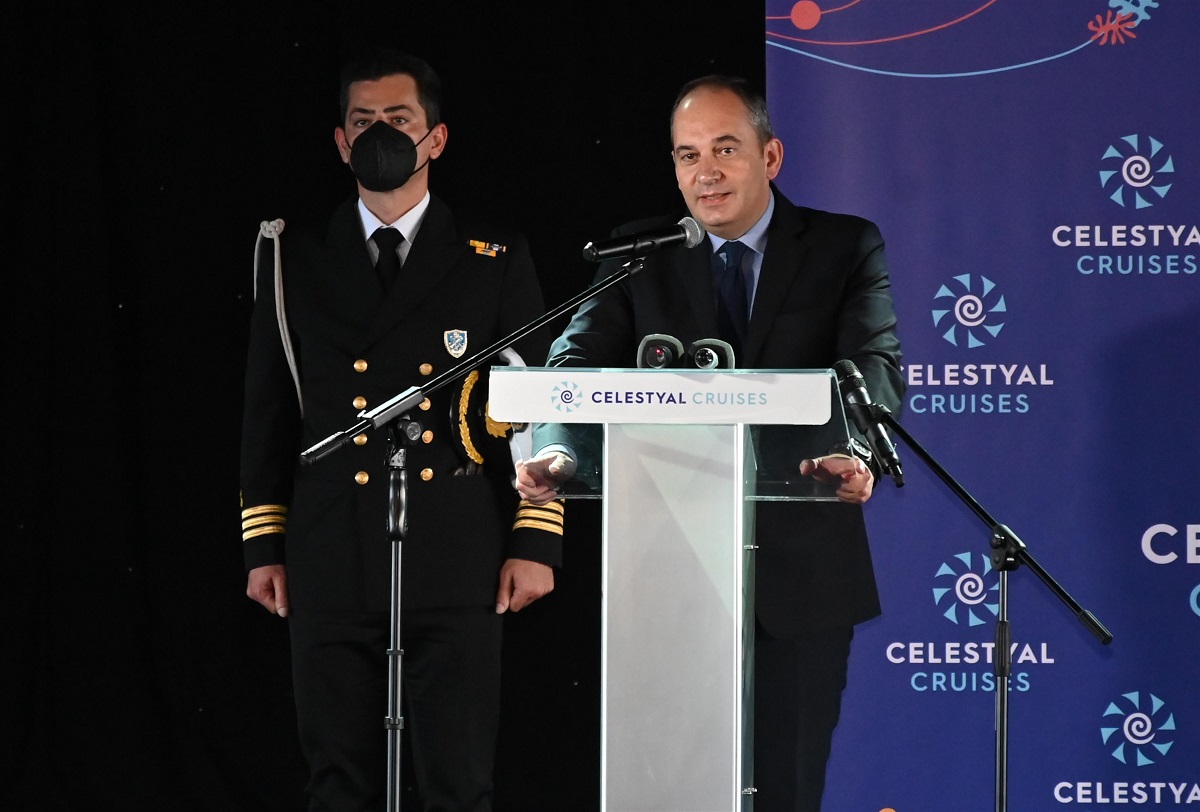 Speaking during Friday’s event, attended by government and municipal officials, cruise associations and port authorities, Shipping Minister Yiannis Plakiotakis referred to works being carried out to transform Lavrio into a cruise and sailing hub.

“The prospects of the port of Lavrio are excellent and it is certain that in the coming years it will record high growth rates, especially in the critical sector of maritime tourism,” he said, referring to modernization efforts which include among others the construction of seven floating piers to accommodate yachts and 195 new berths to cover needs in areas of high demand. 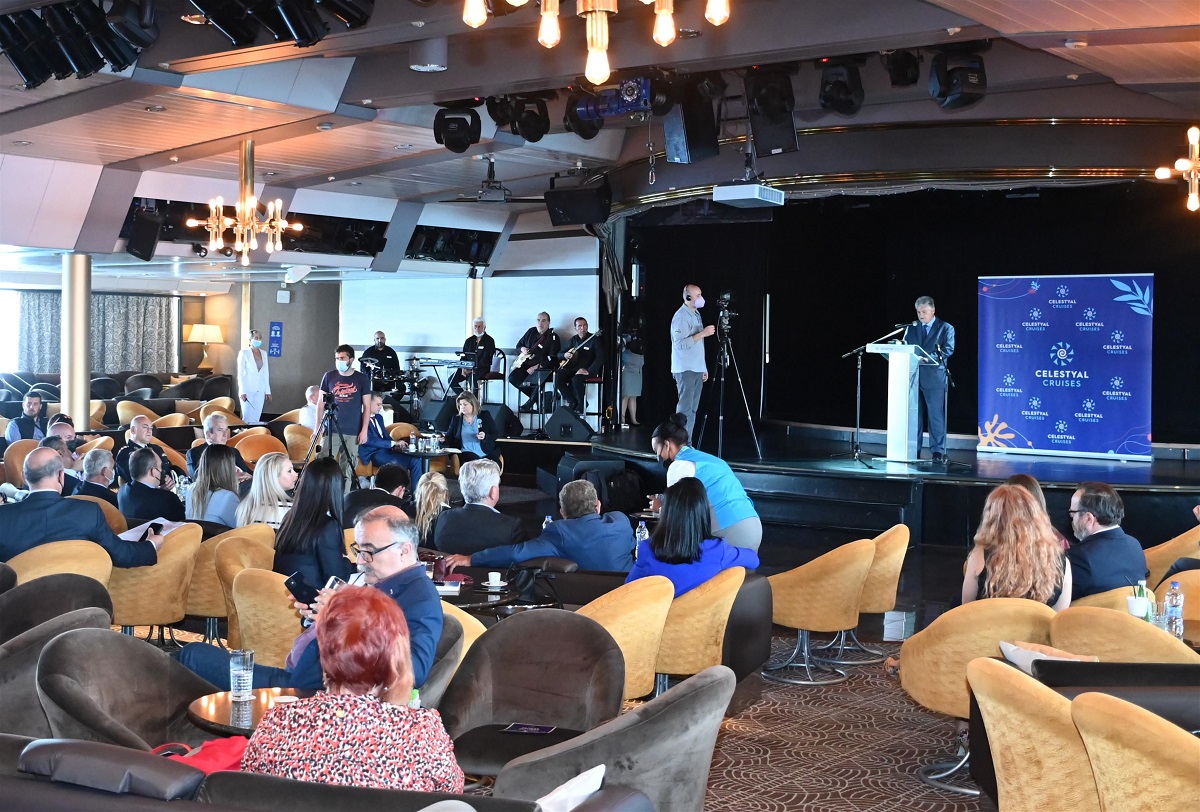 Lavrio on Homeport Map Thanks to Celestyal Cruises

“Through Celestyal Cruises, the port of Lavrio is now on the map of international cruise ports as the company’s ships accommodate passengers from 140 countries,” said Plakiotakis.

Speaking during the same event, Deputy Tourism Minister Sofia Zacharaki highlighted the successful recovery of the cruise sector, which is a ministry priority.

“Greek cruise activity this year is clearly on track to overcome not only the consequences of the crisis but also the most optimistic predictions made before the Covid-19 pandemic. At many ports we have higher performance even compared to 2019, the milestone year for Greek tourism,” she said. 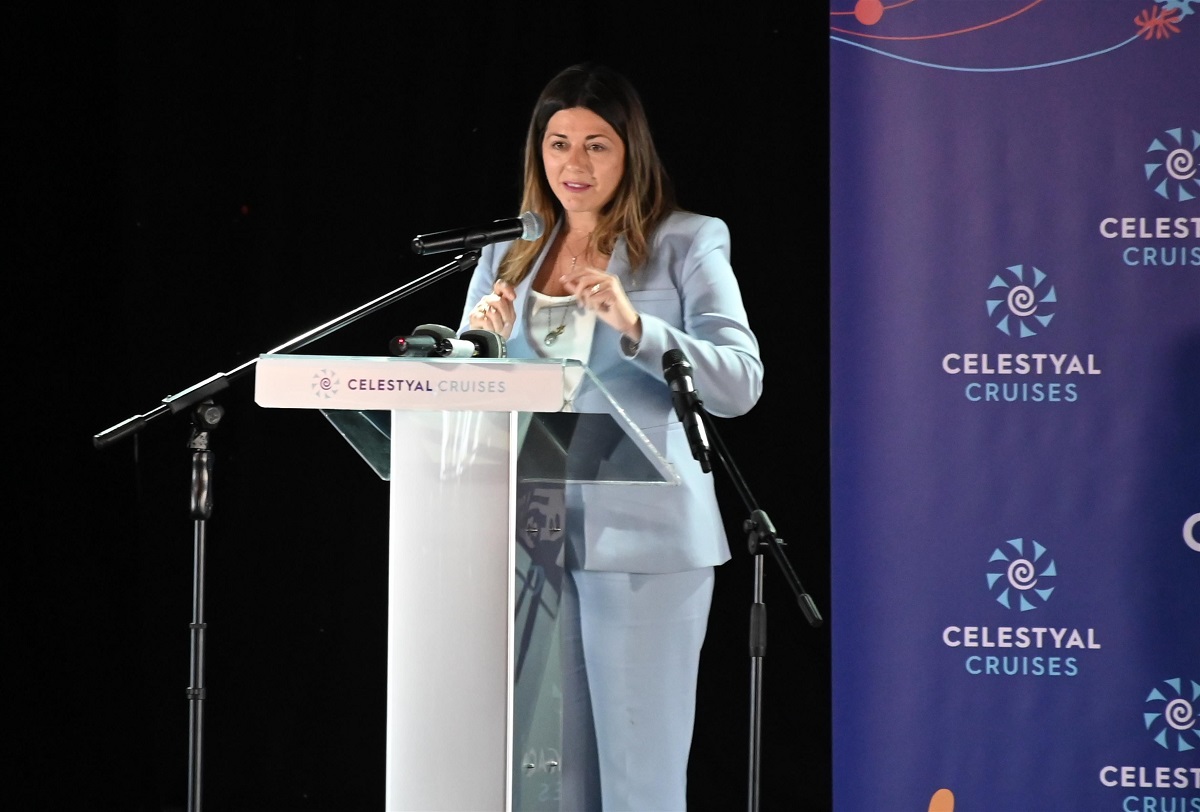 Zacharaki went on to add that “at least 60 cruise ships will be departing from Lavrio this year with some 70,000 passengers”.

The minister added that the port of Lavrio can evolve into a leading hub connecting the mainland with the Greek islands thanks to its proximity to the Cyclades islands. 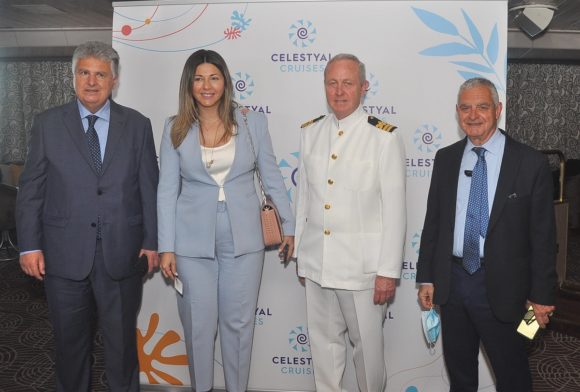 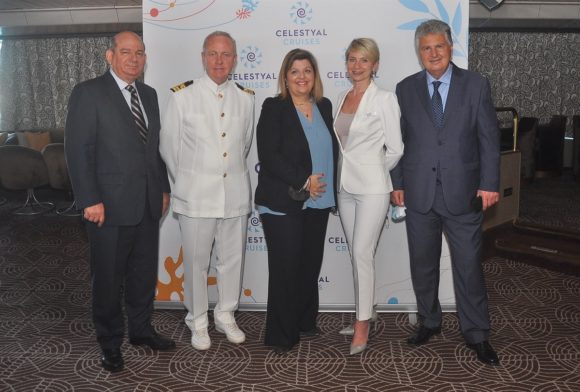 “It can also contribute to the decongestion of the large port of Piraeus. Especially for those travelers who are now following the growing trend of island hopping, Lavrio is an ideal choice,” said Zacharaki.

Lavrio: A Cruise Gateway to the Aegean Islands 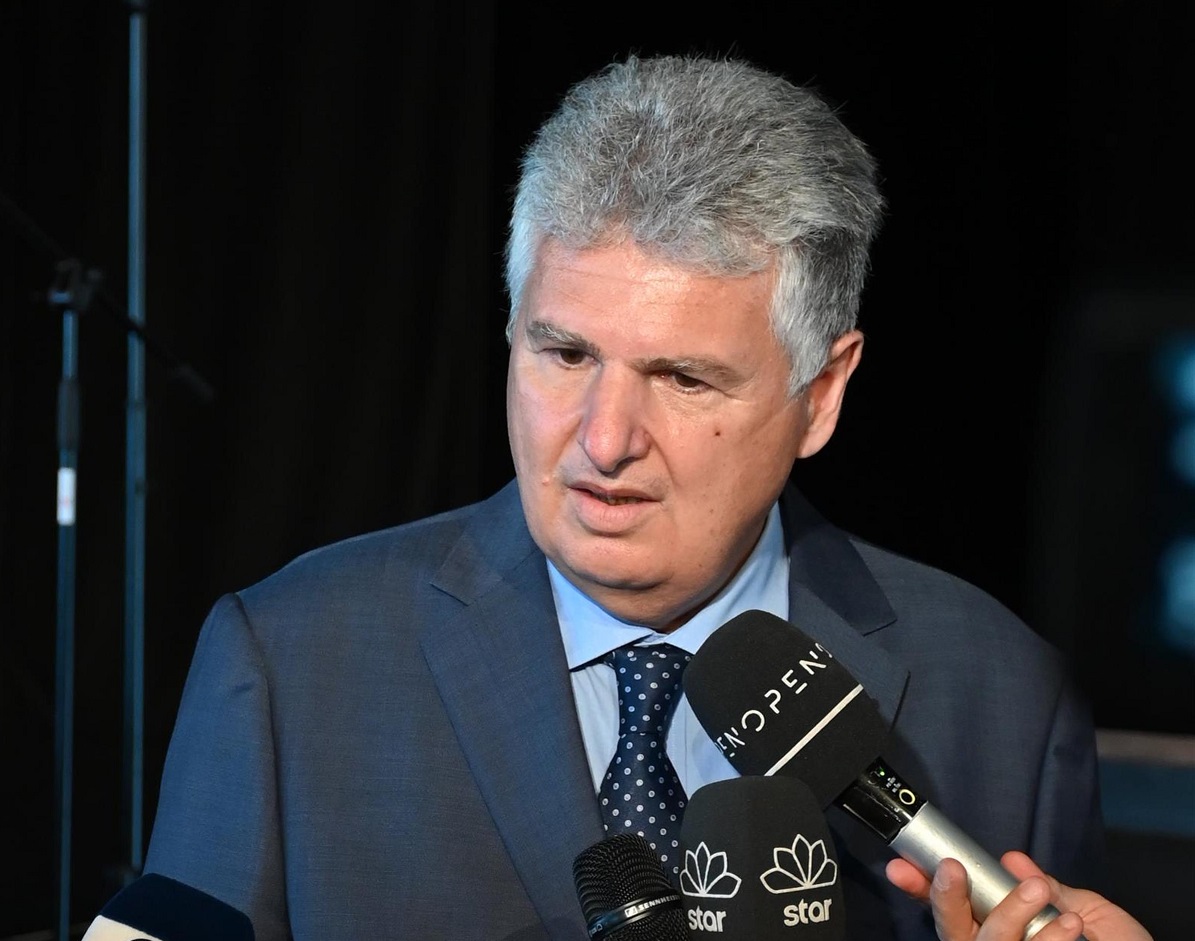 Captain Giorgos Koumpenas, general operations manager at Celestyal Cruises and president of Greece’s Union of Cruise Ship Owners and Maritime Agencies (EEKFN), said the company had always envisioned the development of the Greek cruise sector and through it the promotion of the country’s destinations.

“For several years, the company had decided that Lavrio under certain conditions could develop into a cruise port, serving as a gateway to the Aegean islands and to Turkey,” he said He also said that a total of 62 will be executed by 2022. 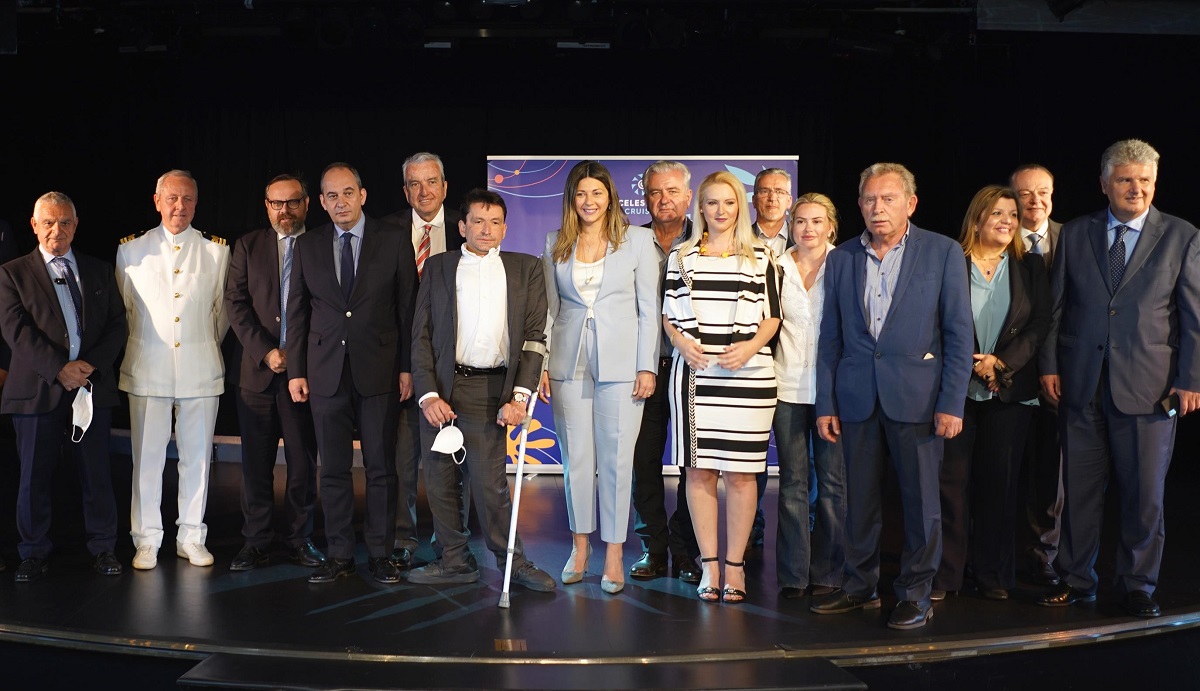 Greece was also among the first countries to re-open to cruise travel during the pandemic contributing to the sector’s recovery.

In this direction, Plakiotakis confirmed that more than 700 cruise ships are expected to sail Greek waters this year, 570 of which will be homeporting out of Greece.

“2022 is expected to be a financially strong year for the cruise industry, which will significantly boost local economies, while contributing to the increase of the tourist flow,” he said.