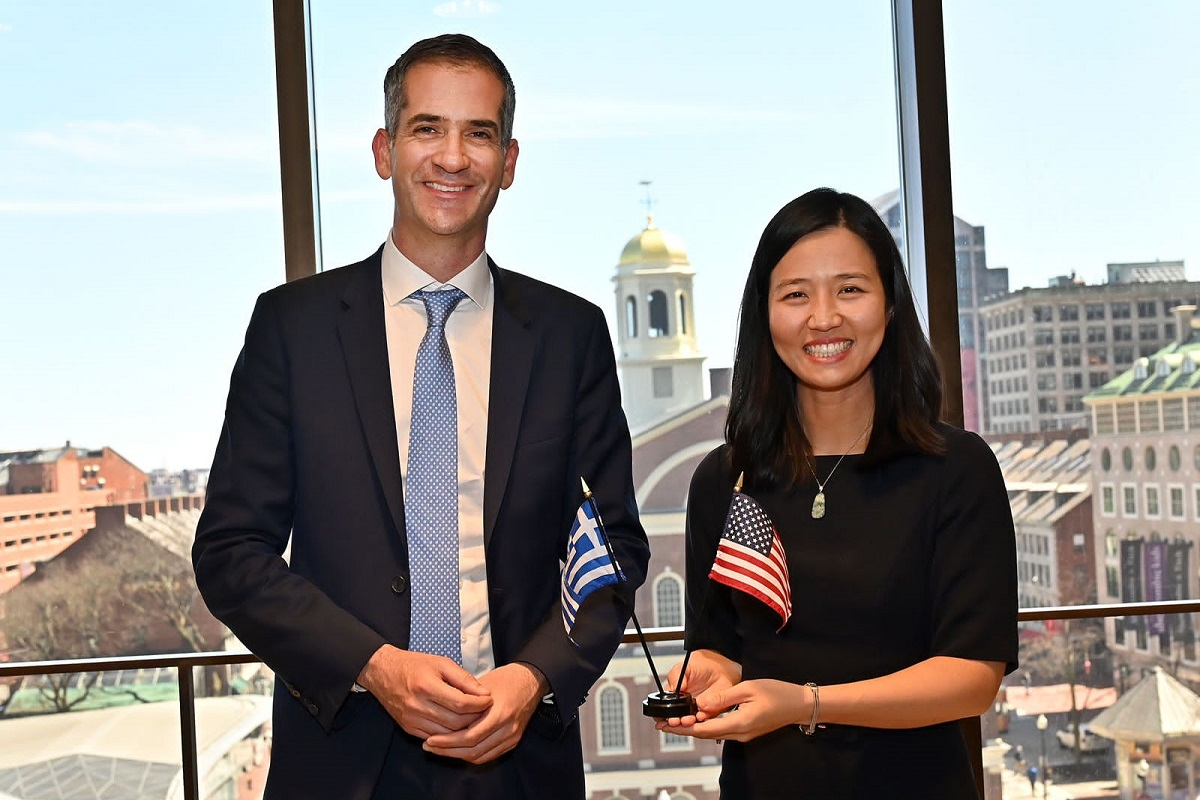 Athens will be entering a ‘sister city’ partnership with Boston in the United States after the mayors of both cities agreed to further strengthen ties and to work together for the promotion of tourism.

Bakoyannis and Wu said they would take the necessary actions in the coming period to finalize the agreement, In the meantime, he invited Wu to visit Athens for the 39th Athens Marathon – The Authentic to take place in November.

“We’re already late. Boston, the “Athens of America”, ​​is home to a very large and active Greek-American community. It is a city with which I have strong personal ties. But above all, Athens and Boston are linked with a strong tradition, which is a reminder of our common principles and values,” said Bakoyannis. 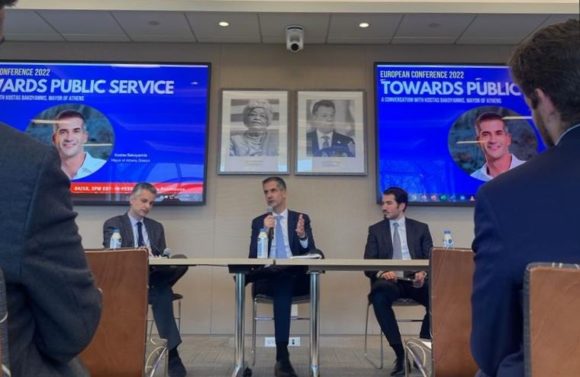 Athens Mayor Kostas Bakoyannis speaking during the “European Conference 2022” held at the Kennedy School of Public Administration in Boston.

“The twinning will create a new, modern and solid bridge of cooperation which will also contribute to the strengthening of economic ties with a positive impact on tourism. Athens can offer unique experiences to American travelers,” he added, sending out an invitation to Bostonians to visit the Greek capital.

Among others, the twinning agreement foresees a series of joint actions and initiatives to promote Athens as an ideal tourist destination for Bostonians as for the first time after 25 years the cities are connected with a direct flight.

Additionally, Athens and Boston authorities will be exchanging good practices to address the climate crisis as well as cooperate on issues related to digitization and startup ecosystems.

During his visit to Boston, Harvard alumni Bakoyannis spoke during the “European Conference 2022” held at the Kennedy School of Public Administration. 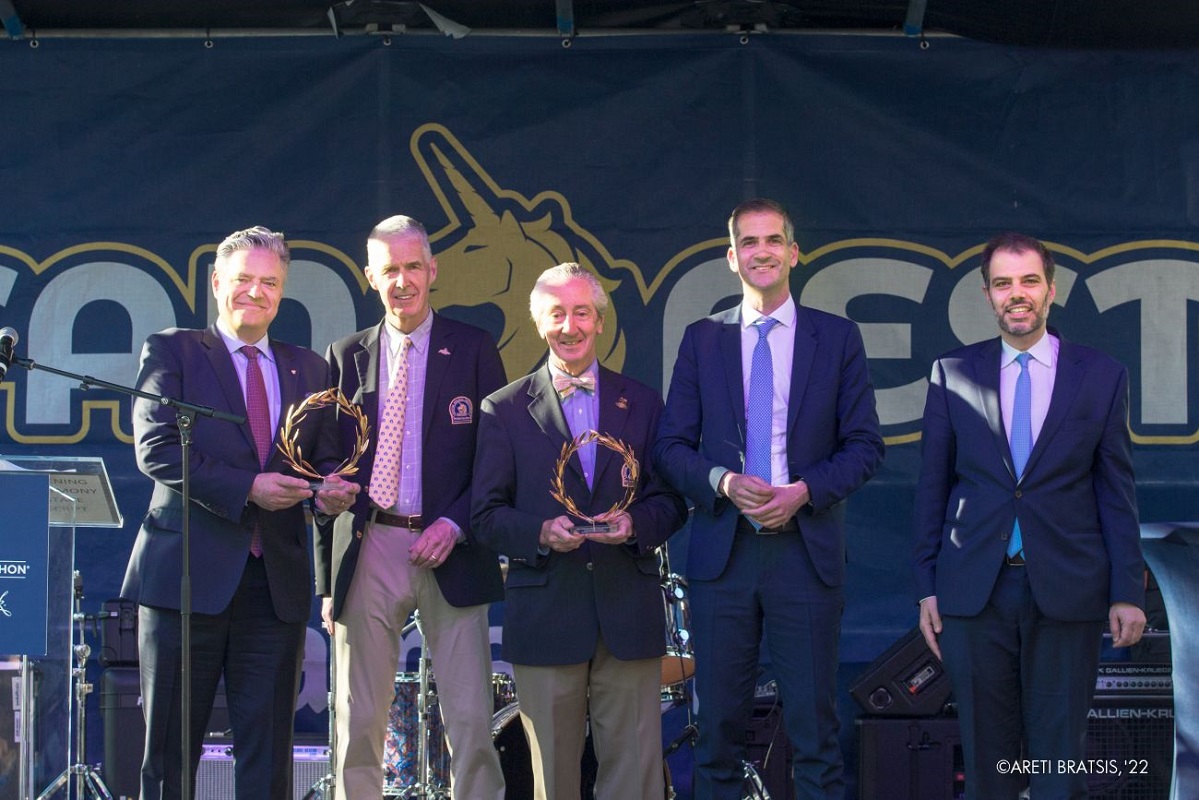 “I have the honor to represent the birthplace of Democracy, of the first modern Olympic Games, and of the first Marathon. These wreaths symbolize the principles of democracy and peace,” said Bakoyannis at Copley Square, steps away from the famous marathon finish line.

The wreaths were offered in the name of Stylianos Kyriakides, a true humanitarian, patriot, and marathon champion.