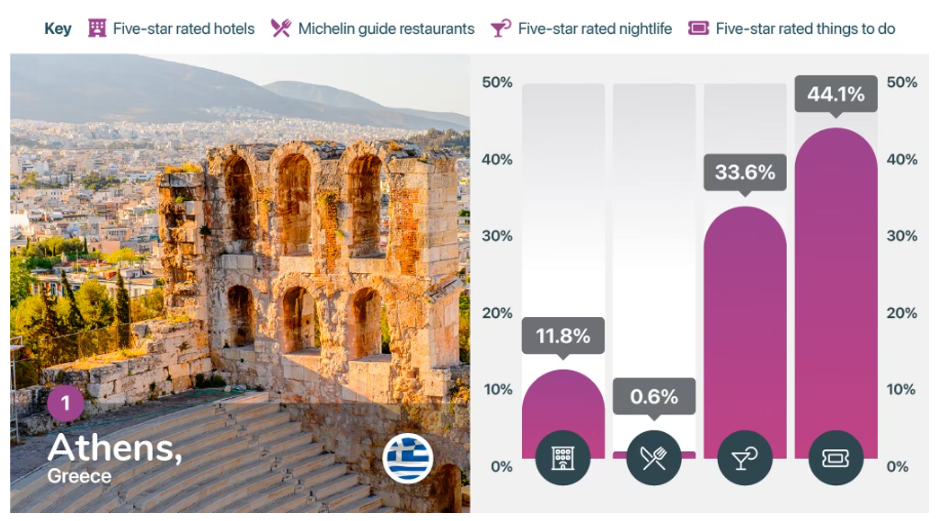 Athens tops the list of the highest-rated destinations based on travelers’ preferences that was recently released by Money.co.uk, an online product comparison service.

Athens scores high for its hotels, restaurants, nightlife and things to do.

Apart from being the highest-rated city overall, the Greek capital takes the top spot when it comes to things to do, with 44.1 percent of its attractions being rated as five stars.

According to Money.co.uk, “the Greek capital is one of the oldest inhabited cities on earth, and its rich history has furnished it with some truly stunning places to visit – including the world-renowned Acropolis, which has buildings more than 2,500 years old”. 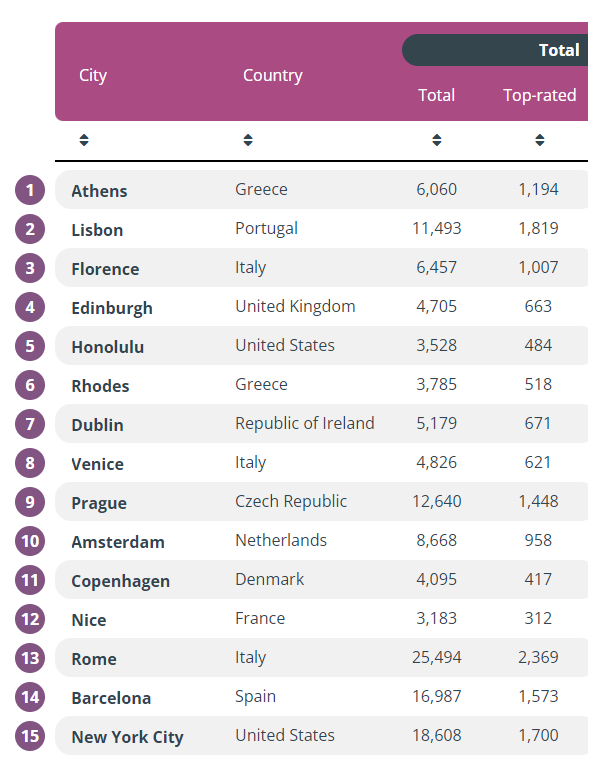 In terms of pubs, bars and clubs, the destination with the highest ratio of five-star establishments is the Greek island of Rhodes with 37.2 percent.

“Rhodes is a very tourist-oriented destination, with plenty of options once the sun sets on its sandy beaches, whether that’s a quiet beachside bar or livelier nightclubs,” Money.co.uk says.

The island also ranks sixth on the overall list.

Press here to see the full research of money.co.uk on the highest-rated destinations based on travelers’ preferences.

Money.co.uk is a free online comparison service that allows consumers to compare thousands of financial products.