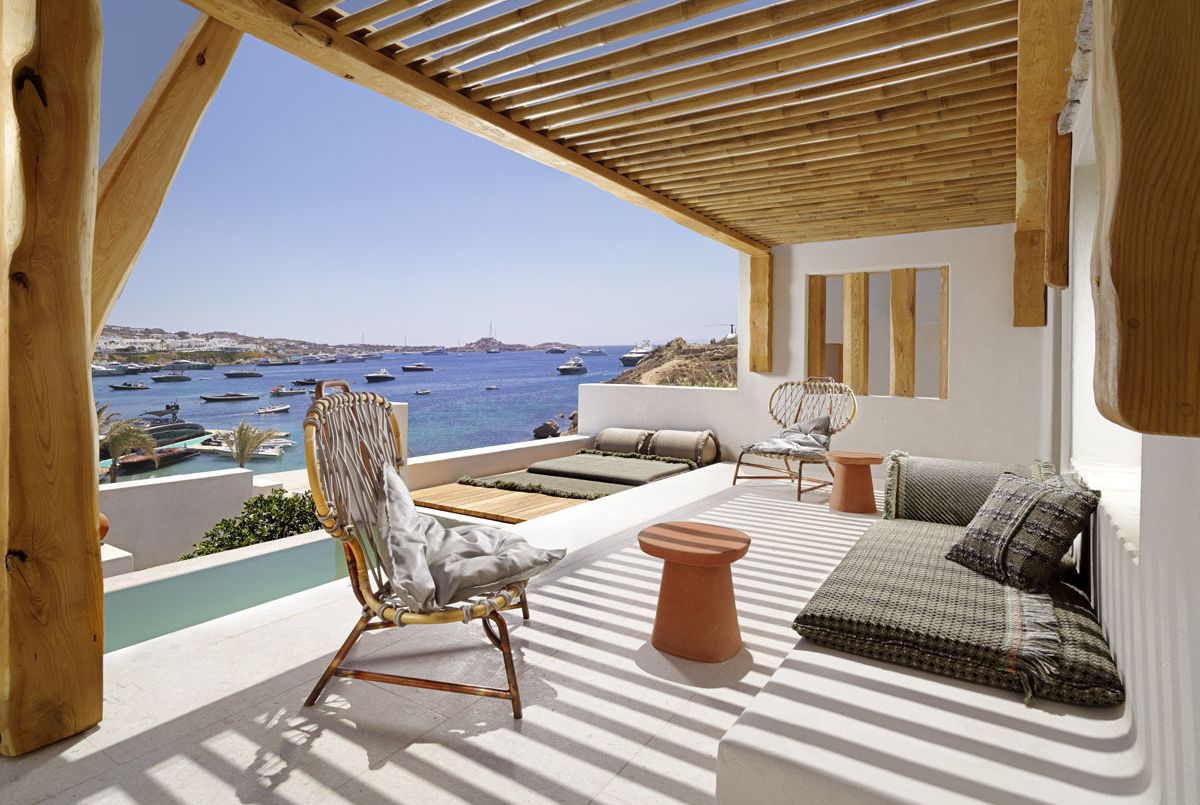 Monterock International, a private equity fund, has acquired the renowned five-star Kenshō Psarou hotel on the Greek island of Mykonos from Notion – Real Estate Development SA for 19 million euros. Monterock acquired the shares of Notion’s subsidiary Benestar SA, the company which managed the hotel, with investment funds from the United Arab Emirates.

Located in the world-famous bay of Psarou on Mykonos, Kenshō Psarou is developed on five levels and consists of 2,390.0 sq.m. main spaces and 500.0 sq.m. ancillary areas. The beachfront hotel has 31 luxurious rooms and suites, with private pools and jacuzzi, spa, gym, restaurant and bar ending at Psarou beach.

Following the acquisition, Kenshō Psarou will be renamed as “N Hotel Mykonos” and is expected to open its doors to guests in May.

Monterock’s CEO, Alfredo Longo, said the “N Hotel Mykonos” is the first of a series of investments the company will carry out on the popular Greek island.

The company is also involved in the resort projects of One & Only in Kalafatis and Aman in Karabetis – two tourism investments already underway on Mykonos. 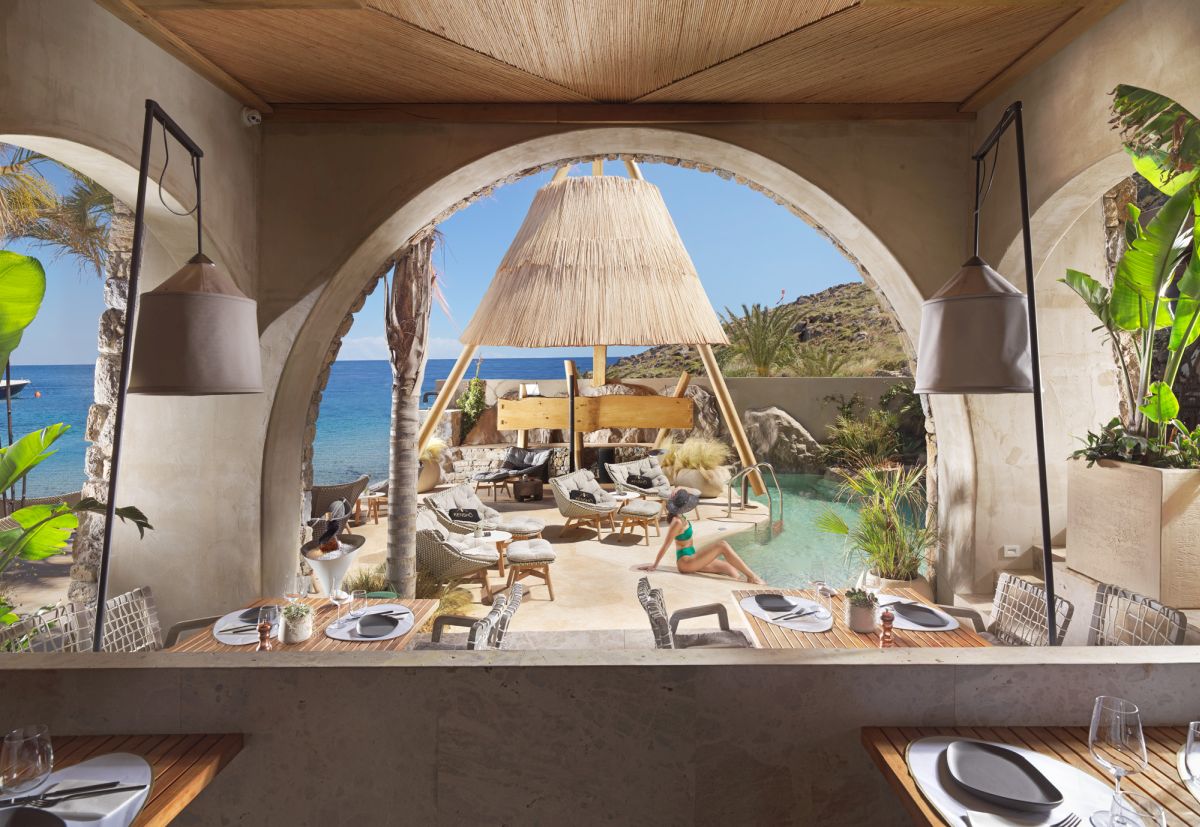 “Monterock International’s investments in Greece will add value to the economy, the labor market and, in general, to Greek tourism, and also mark a new capital era in the company’s activity… Attracting high-level visitors to the country that gave birth to hospitality is among our goals,” Longo said in an announcement.

Monterock has investments running in 16 countries in a variety of core industries including hospitality, media, food & beverage, real estate, banking, and industrial technology. Its hospitality portfolio includes the Aman Canal Grande in Venice. Monterock is also part of Nammos Dubai and involved in the development of the Nammos brand in other countries. In addition, earlier this year the company inked a long-term management agreement with Nobu Hospitality concerning the first Nobu hotel and restaurant on Santorini that is expected to open in June. 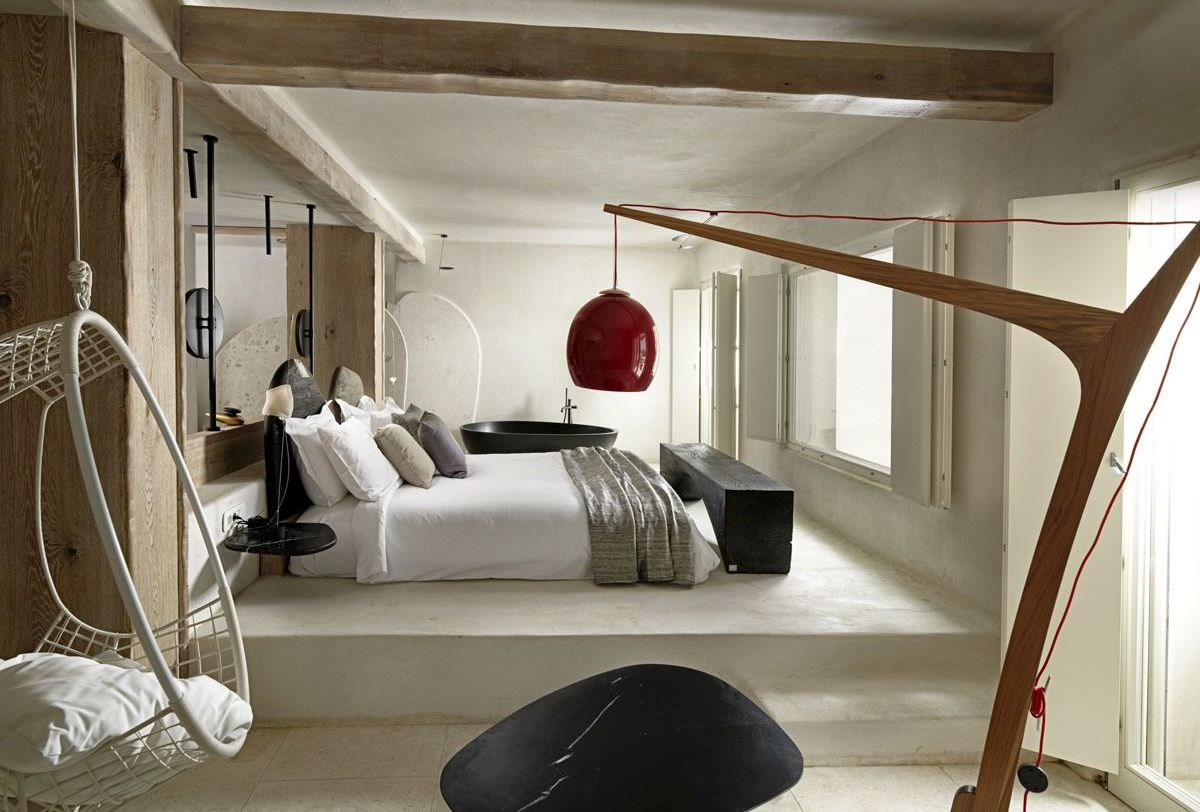 Notion, the previous owner of Kenshō Psarou, is a subsidiary of Noisis Development Consultants, one of the largest consulting companies in Greece.

Among the terms of the agreement for the sale of Kenshō Psarou was for Noisis to undertake the role of Monterock’s consultant in Greece for the development of the new resorts of One & Only and Aman, as well as for other planned investments in the country.

It is noted that Kenshō Psarou was part of the “Kensho Boutique Hotels & Villas” Greek luxury brand that also includes the five-star Kensho Ornos Beach, a beachfront resort that includes 10 suites and 25 luxurious rooms with private pools and views of Ornos Bay.