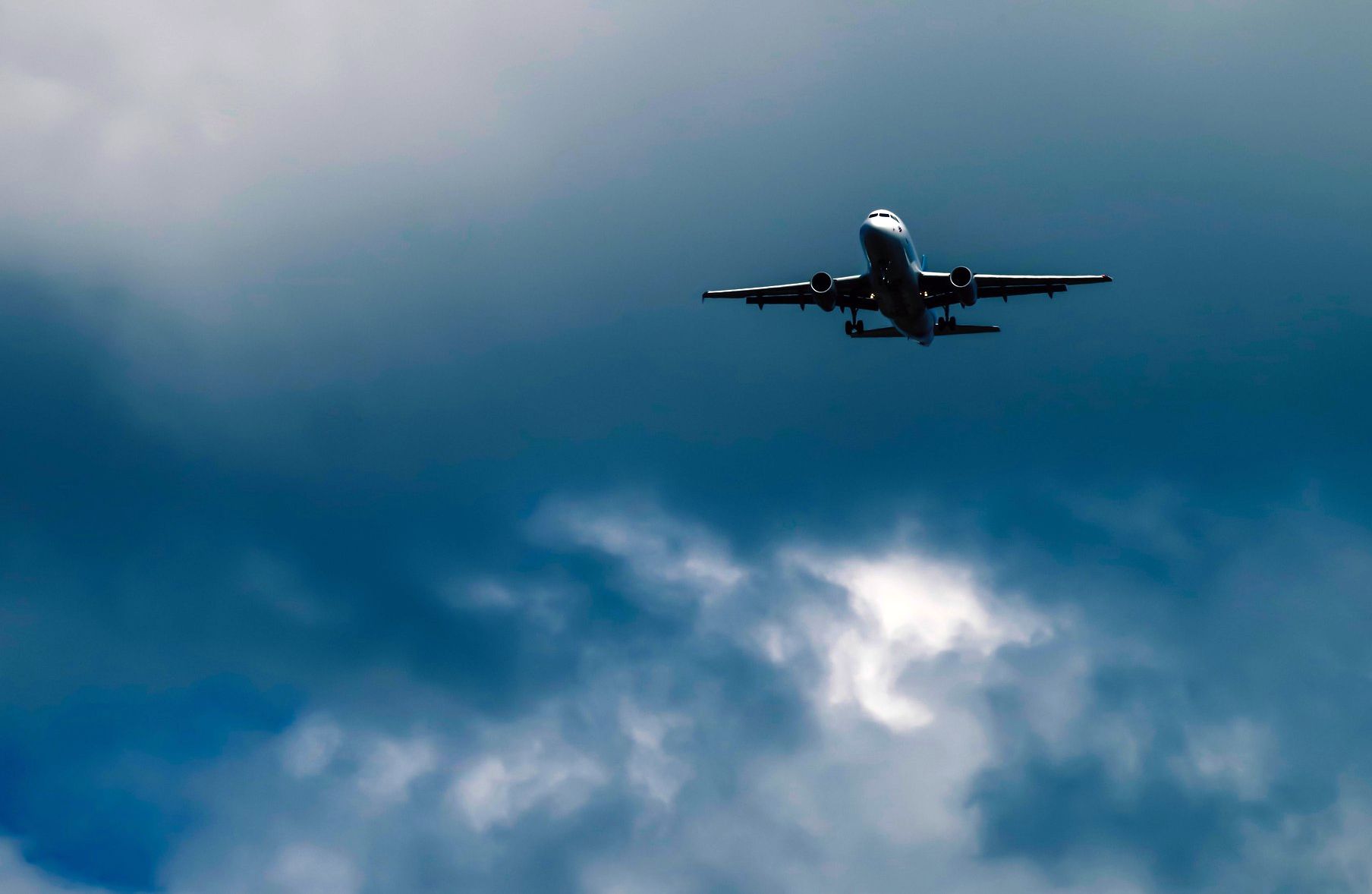 Greece scored the best efficiency in average CO2 per passenger received during 2022 with 97.72 kg/passenger, 14 percent below the average, according to a study released by travel intelligence platform Mabrian Technologies, which examines the aviation carbon footprint of five popular Mediterranean destinations.

Mabrian is set to launch a new tourist sustainability indicator at the Sustainable Destinations Summit organized this week by the World Tourism Organization (UNWTO) in Mallorca.

The new indicator analyzes the carbon footprint that will be generated by the arrival of visitors by air to the five popular holiday tourist destinations in Europe: Greece, Portugal, Spain, France, and Italy between January and October 2022 and compared with the same period in pre-pandemic 2019. 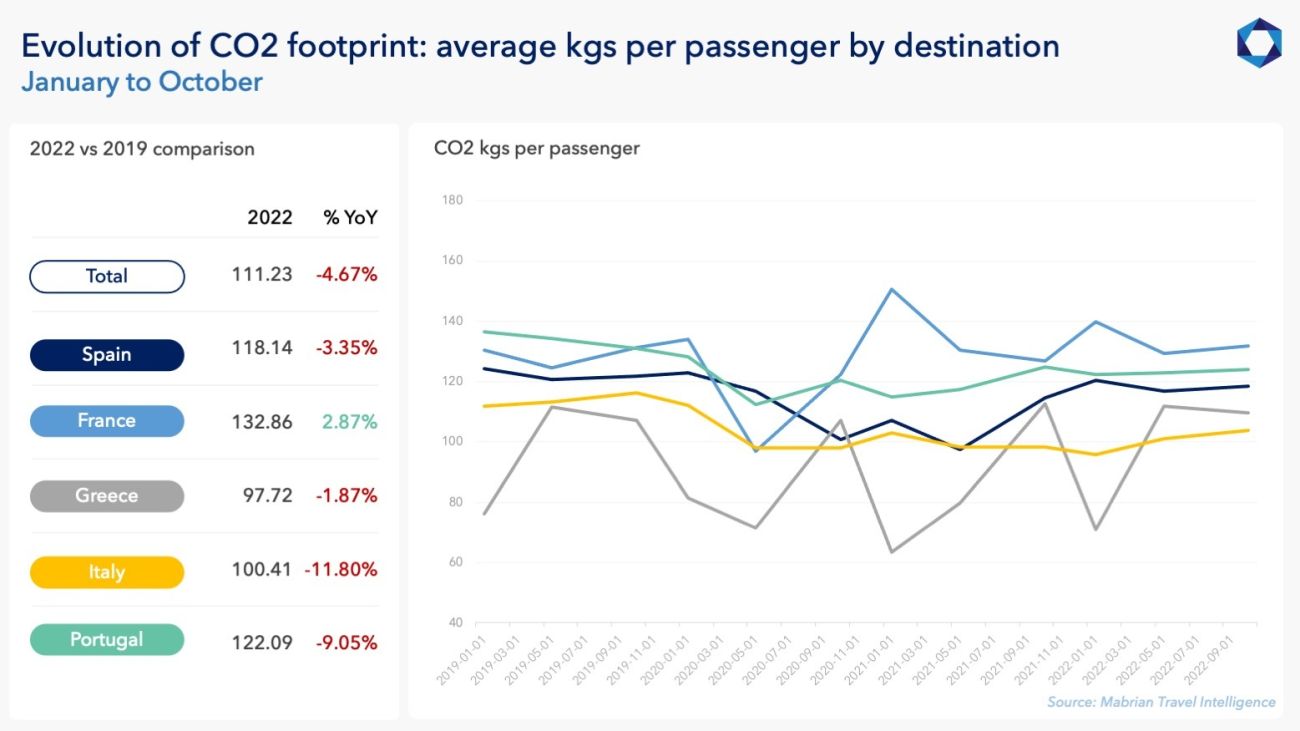 According to Mabrian, Greece scored the best efficiency in average CO2 per passenger received during 2022 with 97.72 kg/passenger, 14 percent below the other destinations in the study despite being the only destination expected to increase its total emissions in 2022, since it also expects to receive more visitors: total CO2 tons emitted will increase by 4.6 percent, said the report. 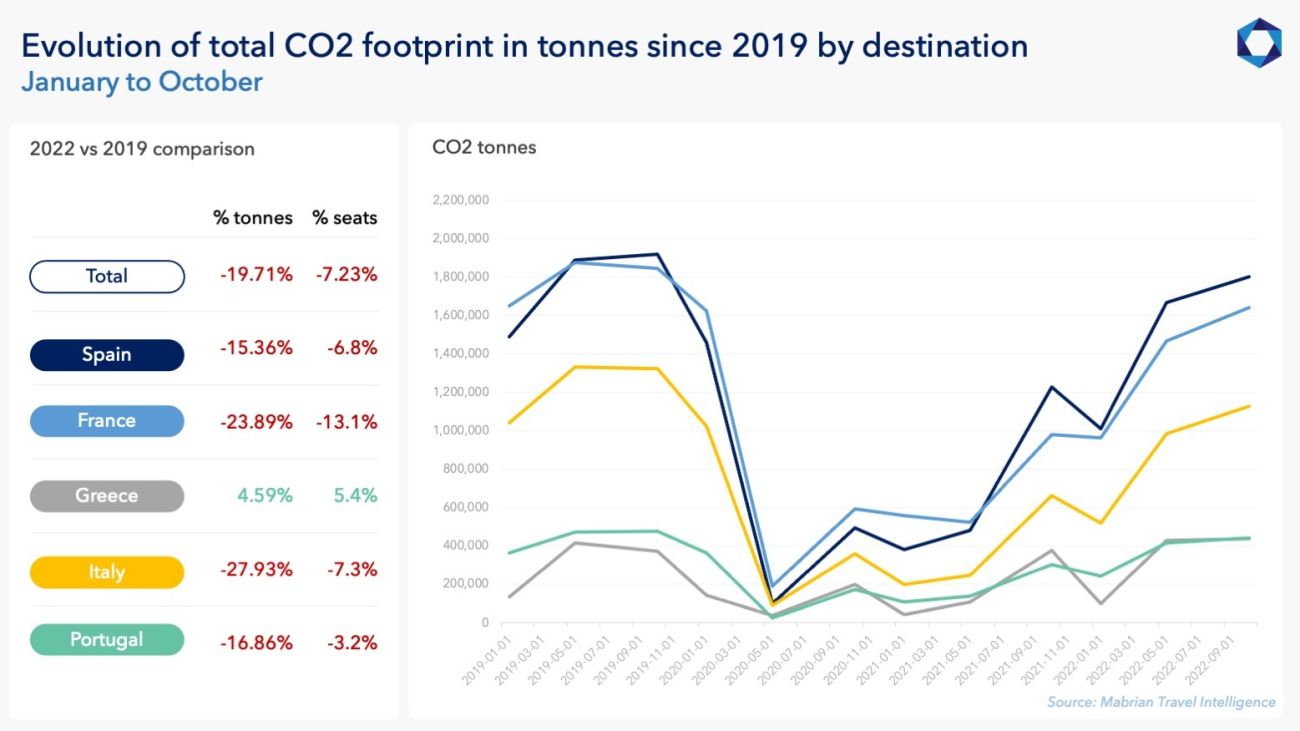 Overall, according to Mabrian, Mediterranean destinations have improved efficiency in CO2 emissions compared to 2019.

Mabrian examined the volume of scheduled incoming seats in this period for all destination airports in these countries, calculating emissions with an estimate of occupied seats and the carbon footprint generated by the flights depending on the routes and the type of aircraft.

In total, the destinations studied are set to emit 46.5 million tons of CO2 into the atmosphere due to air connectivity in the January-October 2022 period, down by 19 percent over the same period in 2019.

At the same time, the average carbon footprint per passenger is down by 5 percent compared to 2019, going from an average of 120 kg/passenger to 114 kg/passenger. 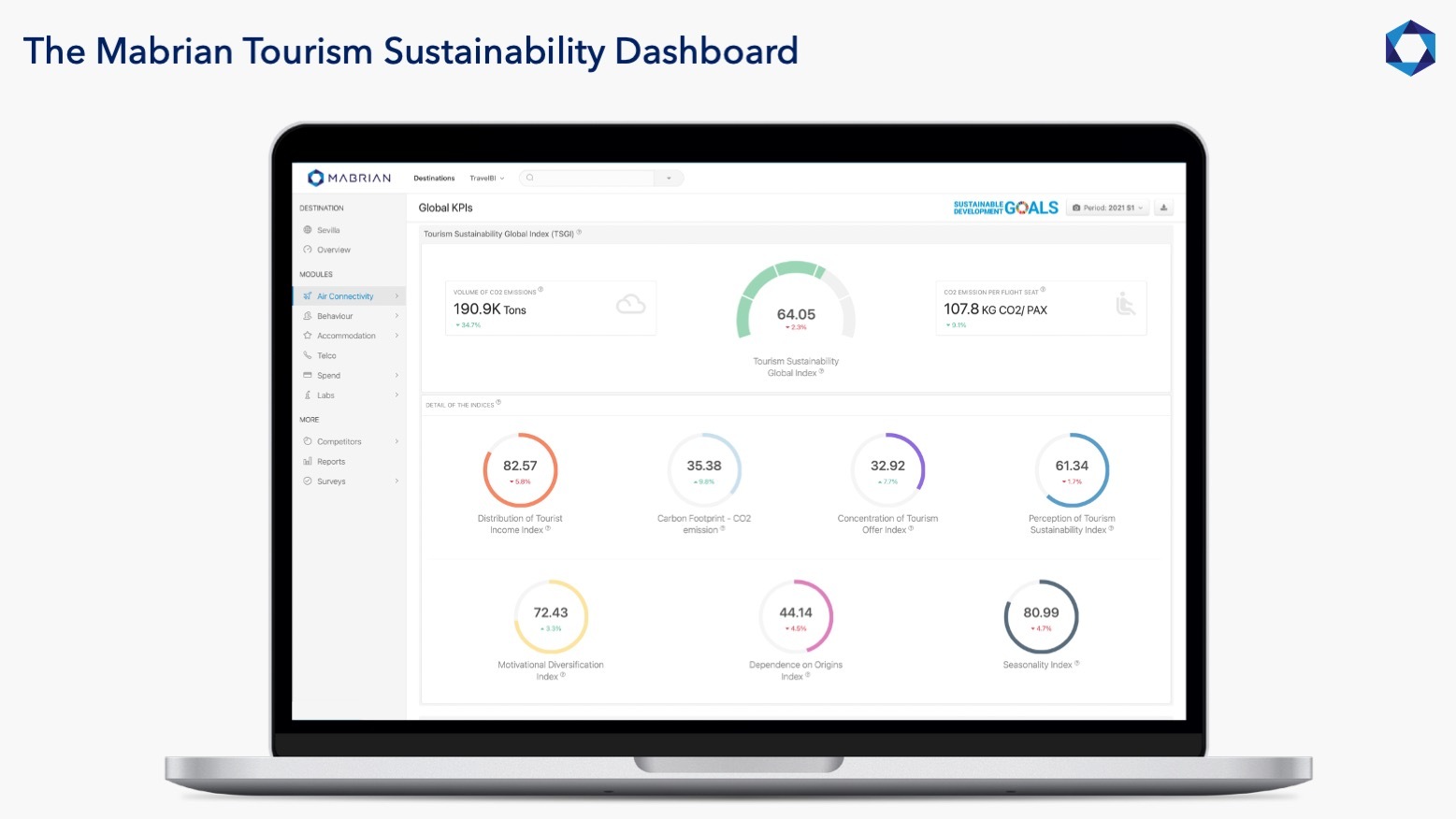 Spain is expected, according to the study, to emit the greatest carbon footprint due to its high visitor numbers achieving however a lower average carbon footprint per visitor than France or Portugal.

Italy and Portugal managed to reduce their carbon footprint per passenger, by 1.8 percent and 9 percent, respectively, while France is the only country out of the five to increase by 2.9 percent emissions per passenger in 2022 over 2019.

“This indicator is a great tool to measure the environmental impact of the arrival of visitors to a destination by air and  it will allow destination managers to act in collaboration with the airlines,” said Carlos Cendra, marketing & sales director Mabrian Technologies.