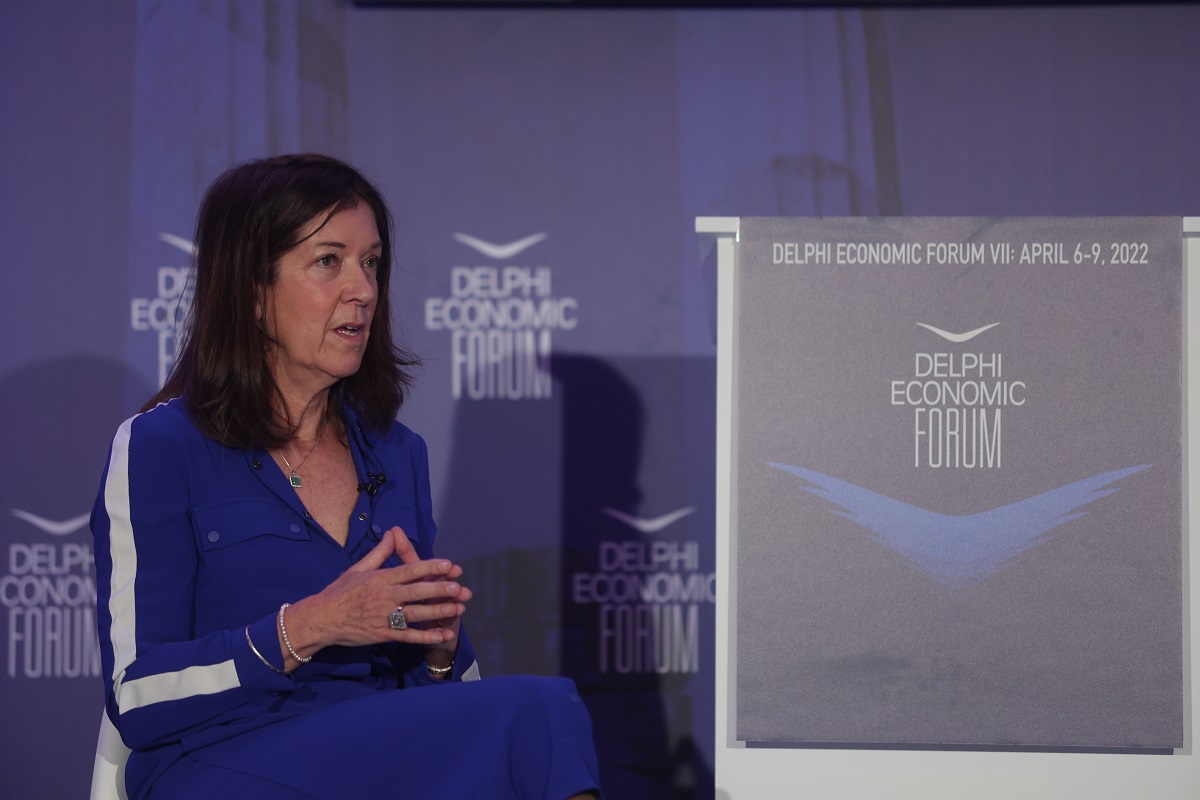 DELPHI, GREECE – British novelist Victoria Hislop spoke about her love for Greece and the experience of having been granted the Greek citizenship during the ongoing Delphi Economic Forum 2022.

“The issue of the Greek citizenship was very significant for me,” she said during a discussion with Kathimerini Journalist Margarita Pournara.

“It is a gift that means two things: The first is to really feel Greek – something I already felt … The second is the obligation to remain European because I deeply feel European. I feel proud whenever I have to show my red [Greek] passport,” she added.

Considered one of the best-selling authors of her generation, Hislop was officially sworn-in as a Greek citizen in September 2020 in Athens. She was granted the Greek citizenship for her contribution to the promotion of Greece’s history and traditions through her books.

During the forum, Hislop also referred to her work and said that literature was a way to convey aspects of history that over time had been left out as well as  to overcome previous traumas.

“Writing is an opportunity for catharsis. It is a way for someone to overcome a trauma. I study two years before writing a book,” she said.

Hislop was among the speakers of the seventh Delphi Economic Forum that opened on Wednesday in Delphi, Central Greece, and will run until Saturday. 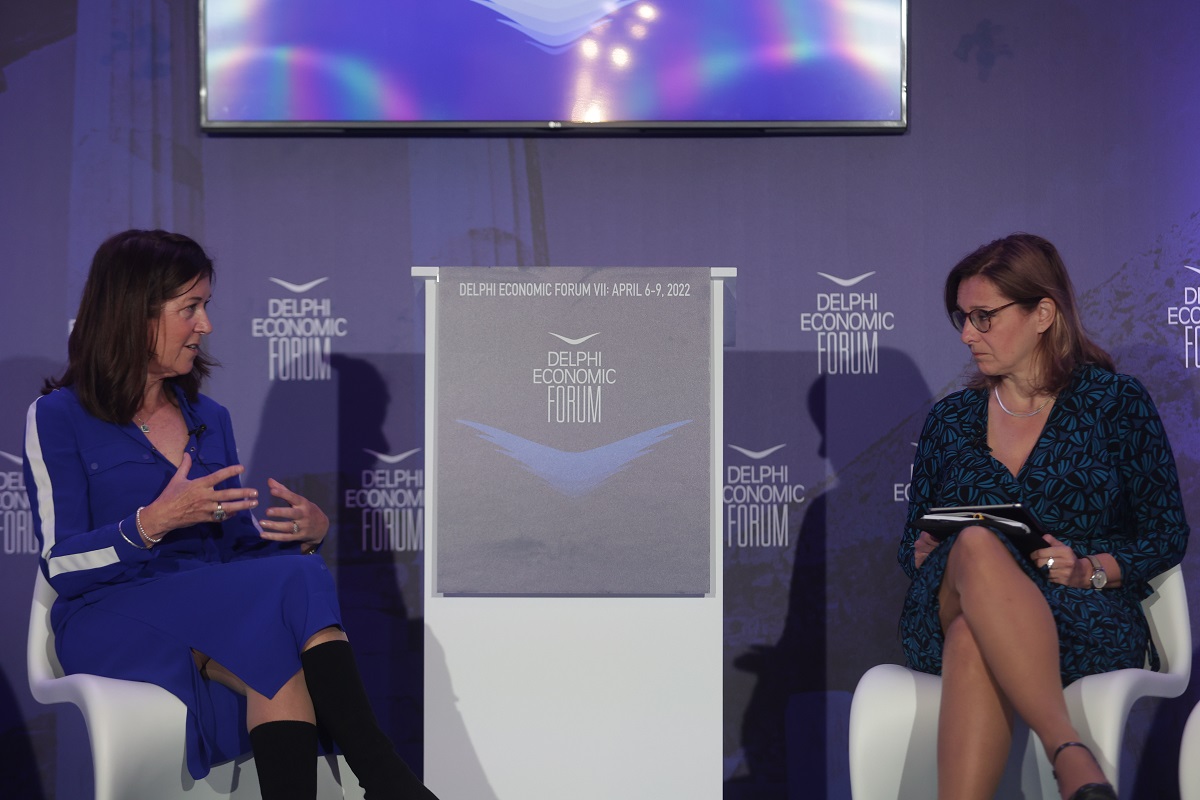 The novelist visits Greece very often and has a second home on the island of Crete.

Hislop has also contributed to the promotion of Crete as a tourism destination through her book “The Island”, which was adapted by Greece’s Mega Channel as a 26-episode series titled “To Nisi”, and premiered on Greek television in October 2010.

A new TV series based on her books “Cartes Postales from Greece” and “Last Dance and other stories” recently premiered on Greece’s public television ERT.