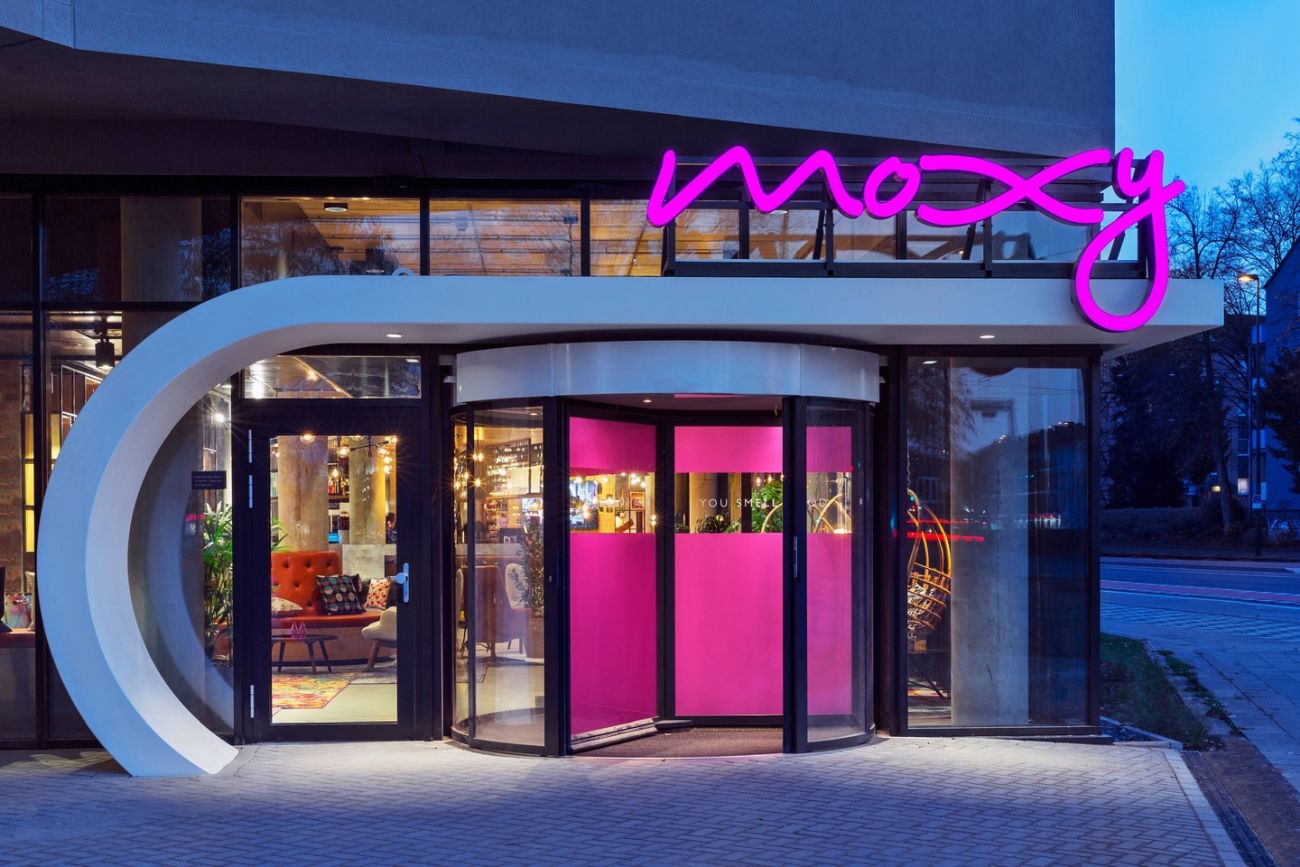 Greece’s second ‘Moxy’ hotel recently opened its doors in the center of Athens, aiming to offer “fun hunter travelers” a playful stay in a city bursting with ancient history, vibrant culture and a thriving social scene.

Moxy is Marriott International’s experiential hotel brand. The new Moxy Athens City hotel follows the opening of Moxy Patra Marina, the first ‘Moxy’ hotel in Greece and in the Mediterranean. 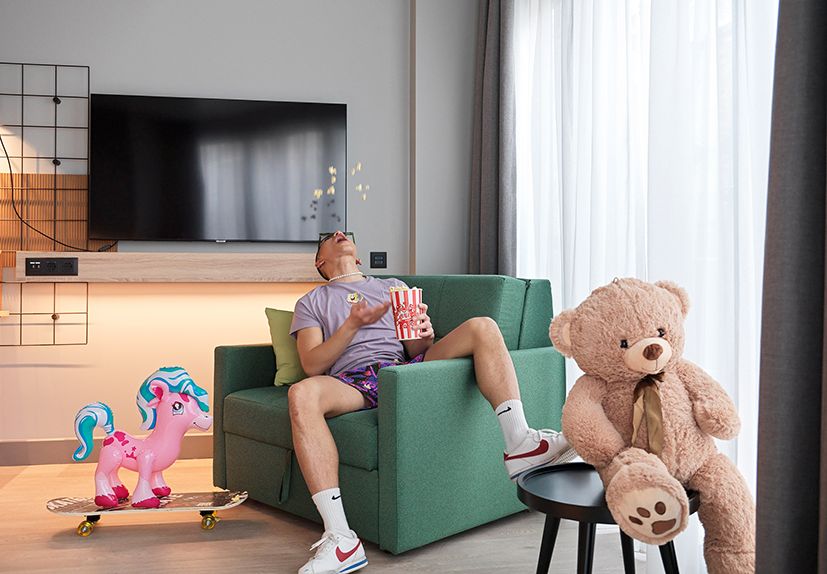 Located on Stadiou Street in the city center, Moxy Athens City is located in the building known as the historic Saroglion Megaron, where the city courts of Athens once stood.

The architectural firms Kokkinou-Kourkoulas and Divercity Architects have injected innovation and creativity into the historic building. The exterior of the property has drawn inspiration from Goddess Athena’s gift to the city: the sacred olive tree. The interior is dominated by bold colors seen in various furniture accents and wall art by Athenian, Street Artist B.

Another innovation of Moxy Athens City is the LEED Gold certification, as it is the first “green” hotel in Greece that will receive this distinction. 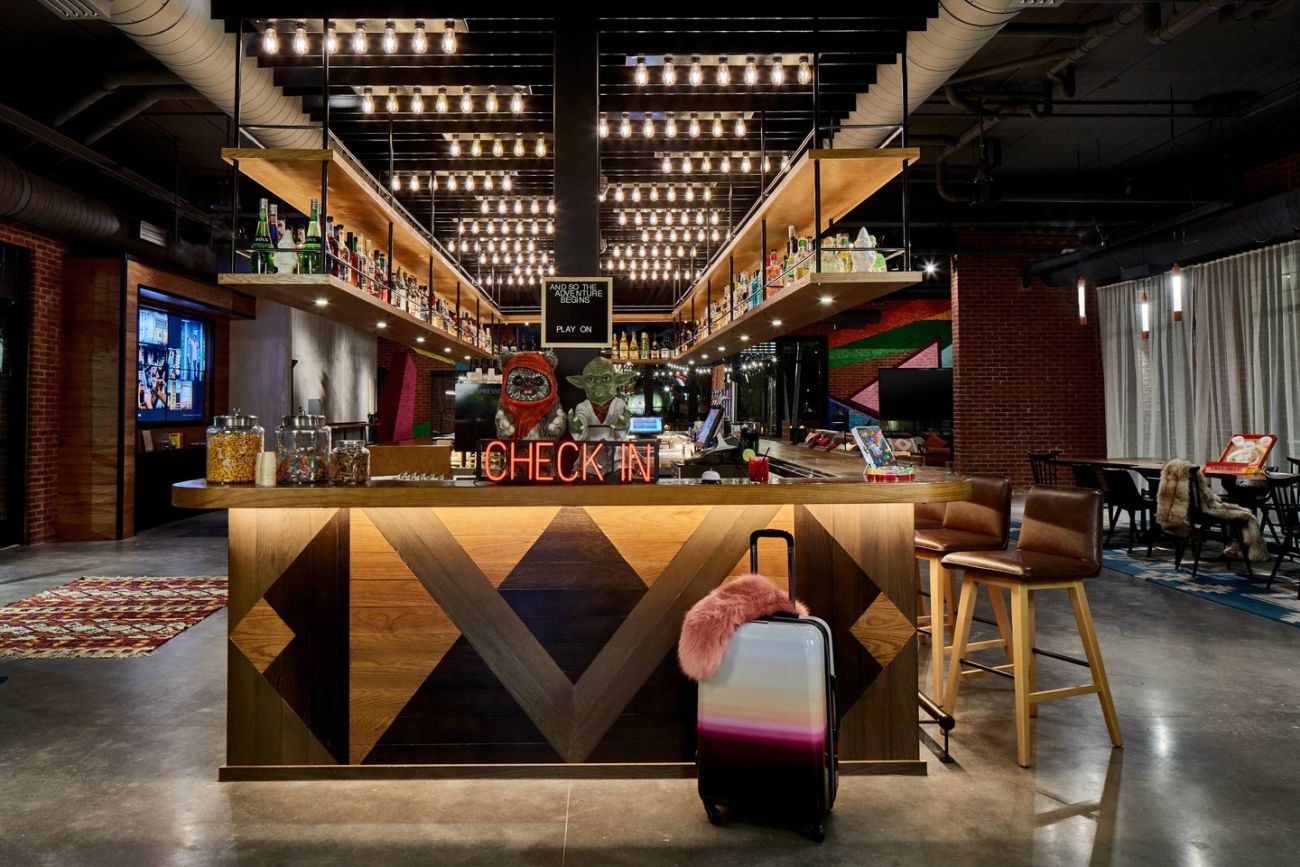 Moxy’s signature playful touches can be found throughout the hotel. Upon arrival, guests are instantly welcomed into an immersive stay with check-in at Bar Moxy, complete with a complimentary “Got Moxy” cocktail. 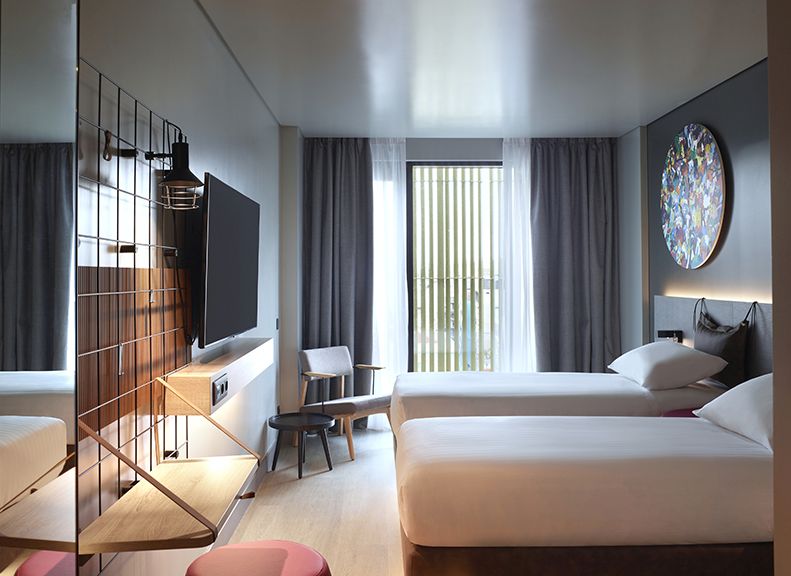 Moxy Athens City is in close distance to a number of cultural attractions, including the popular Plaka district and the Acropolis. The hotel is just a short walk to Syntagma Square and Ermou Street, where guests can find shops, trendy restaurants and bars.

Dimand SA and Prodea Investments are the companies behind Moxy Athens City. SWOT Hospitality has undertaken the management of the hotel.