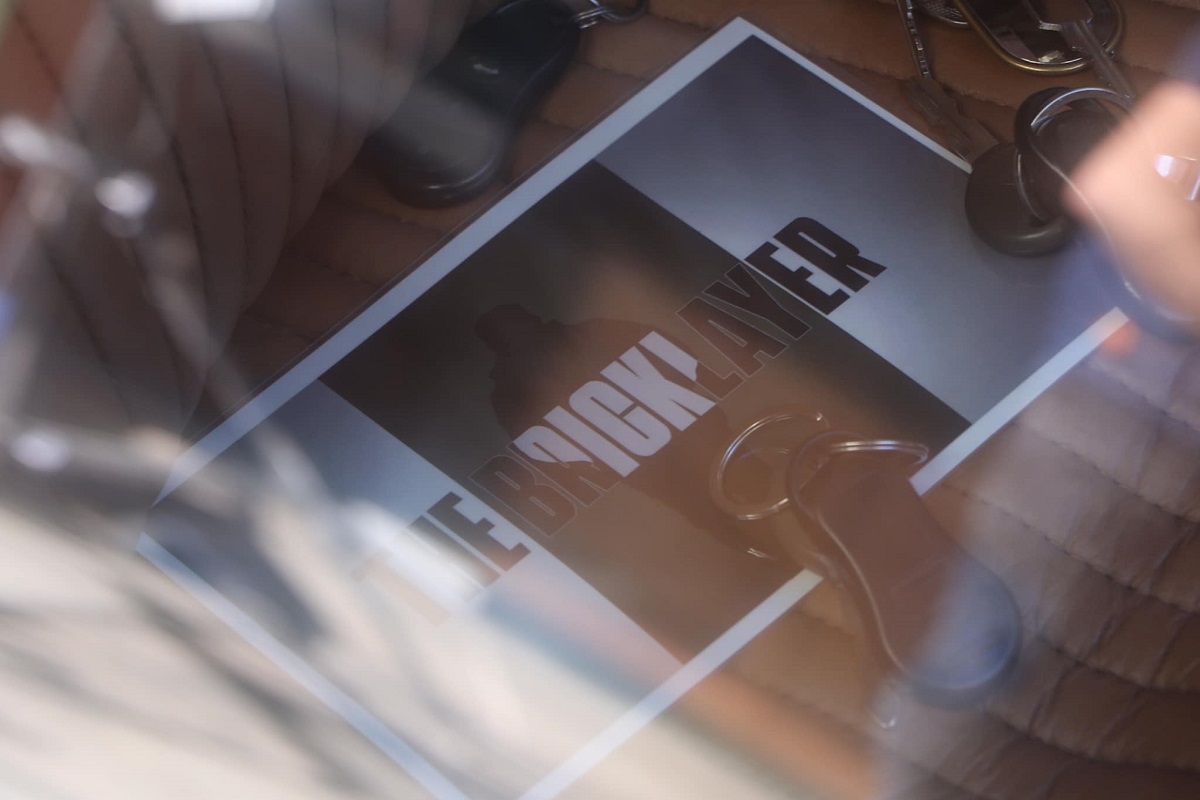 Greece’s northern port city of Thessaloniki is among Central Macedonia’s filming locations of “The Bricklayer”, a new Hollywood production that began shooting in mid-March, starring Aaron Eckhart and Nina Dobrev.

“The Bricklayer” is the third production of Millennium Media taking place in Thessaloniki after “The Enforcer (Barracuda)” and the “Expendables 4”.

On the set in the center of Thessaloniki 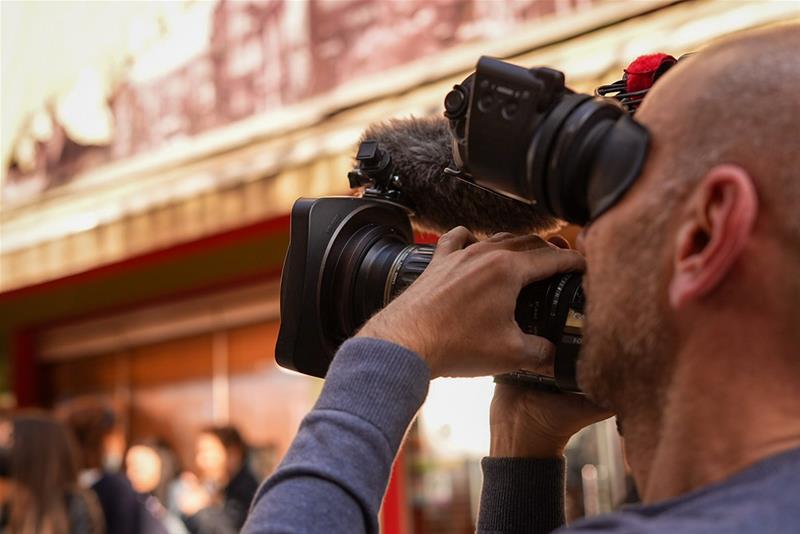 With the main plot of “The Bricklayer” set in Thessaloniki, filming took place in a number of locations including the Ladadica district, the upper town, Aristotelous square and the building that houses city hall. 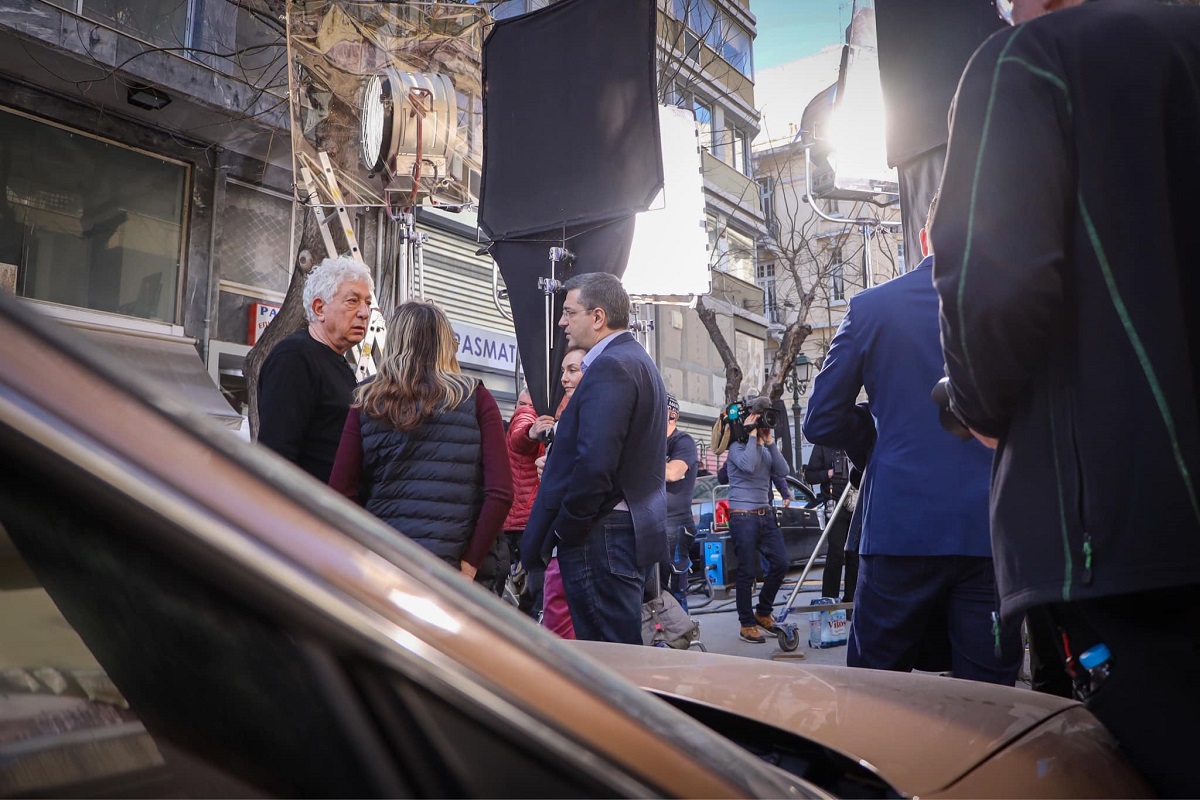 Central Macedonia Governor Apostolos Tzitzikostas on the set of “The Bricklayer”.

Many Greek actors are participating in the 21-million-euro production, which is also supporting local businesses, generating new jobs and contributing to the local economy.

“We’re very excited that another great Hollywood movie, the third, has chosen Thessaloniki and Central Macedonia as a shooting location,” Central Macedonia Governor Apostolos Tzitzikostas said while visiting the set. 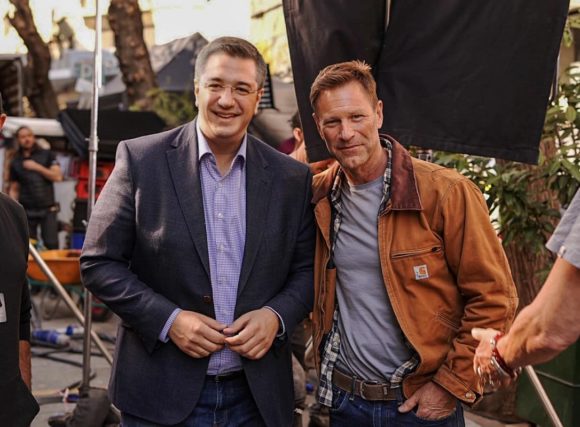 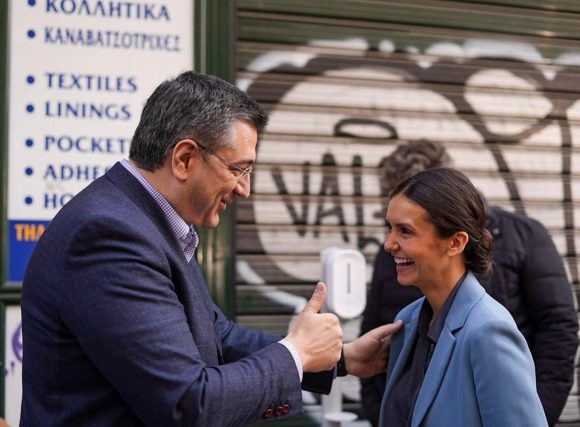 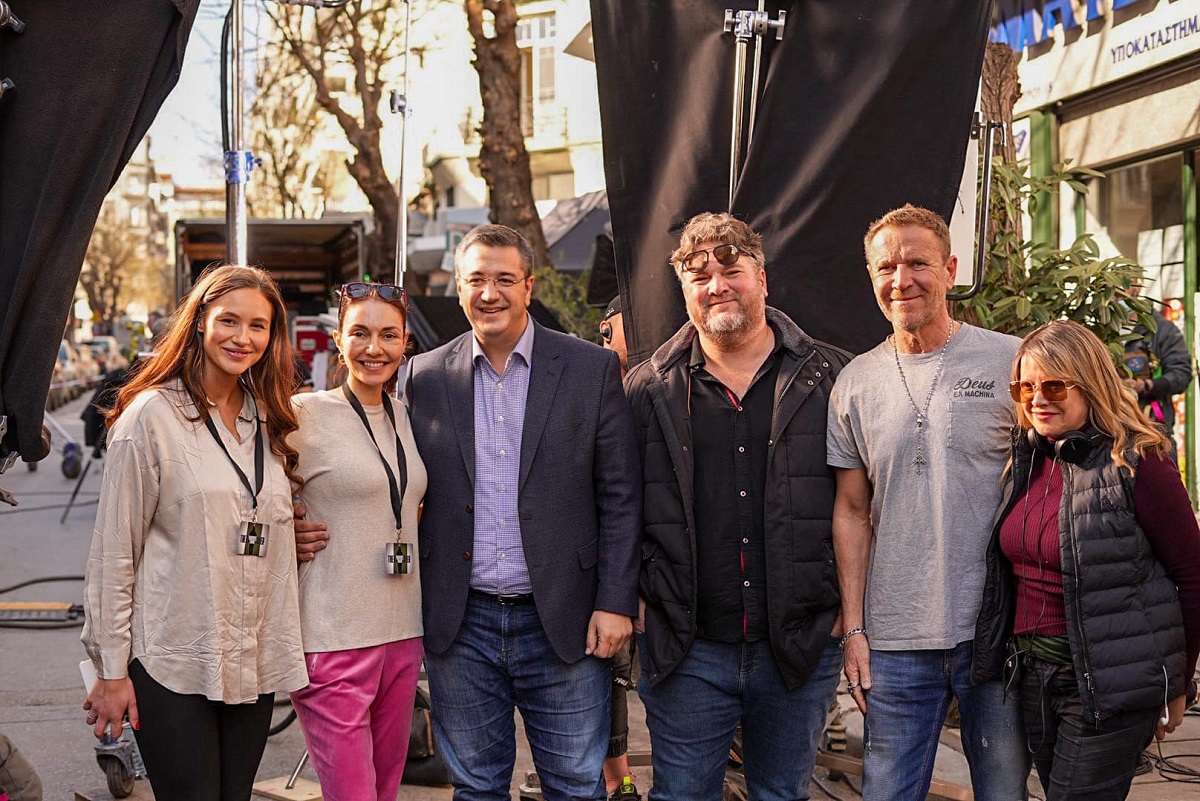 Central Macedonia Governor Apostolos Tzitzikostas with the crew of “The Bricklayer”.

The governor underlined that through “The Bricklayer”, Thessaloniki will be directly advertised all over the world.

“Our region is now well on the world map of audiovisual productions, while at the same time it is promoted as a tourism destination,” he said. 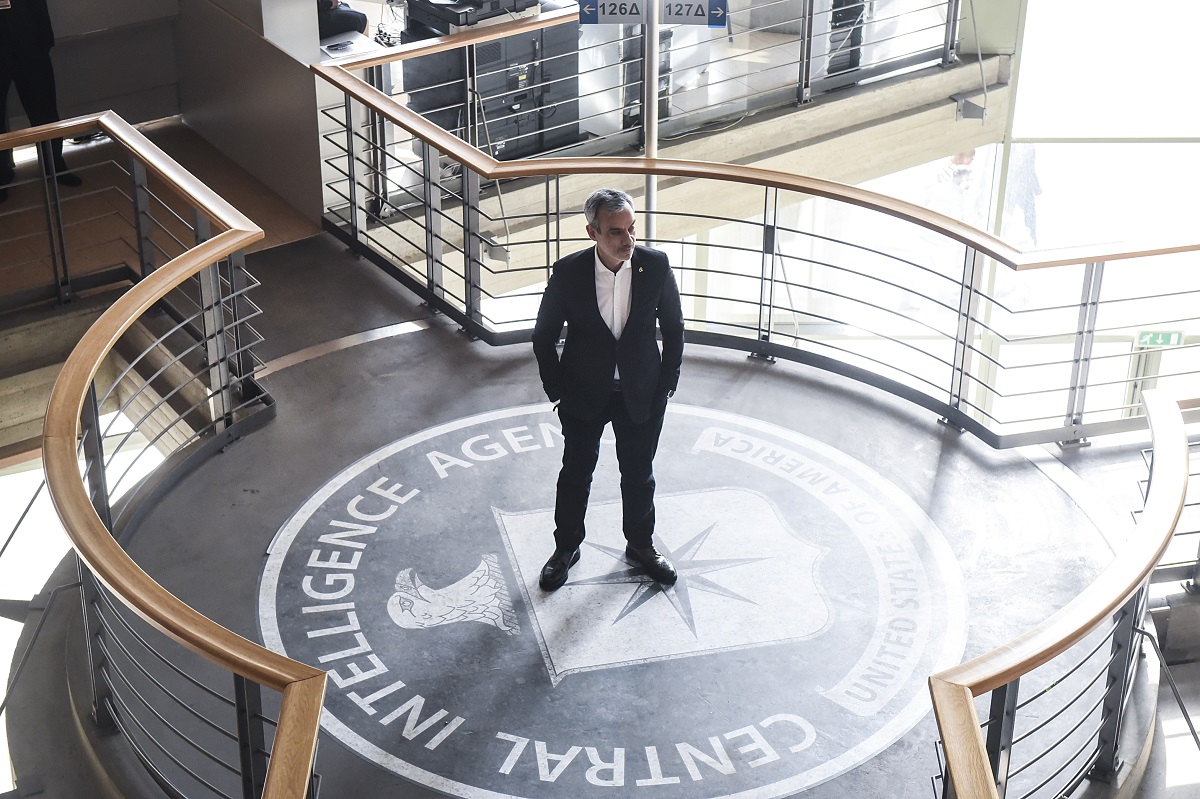 Many of the scenes of “The Bricklayer” were shot inside the building of city hall which was transformed into CIA headquarters.

“This film will be another good reason to visit our Thessaloniki,” the city’s mayor said during his visit on the movie set. 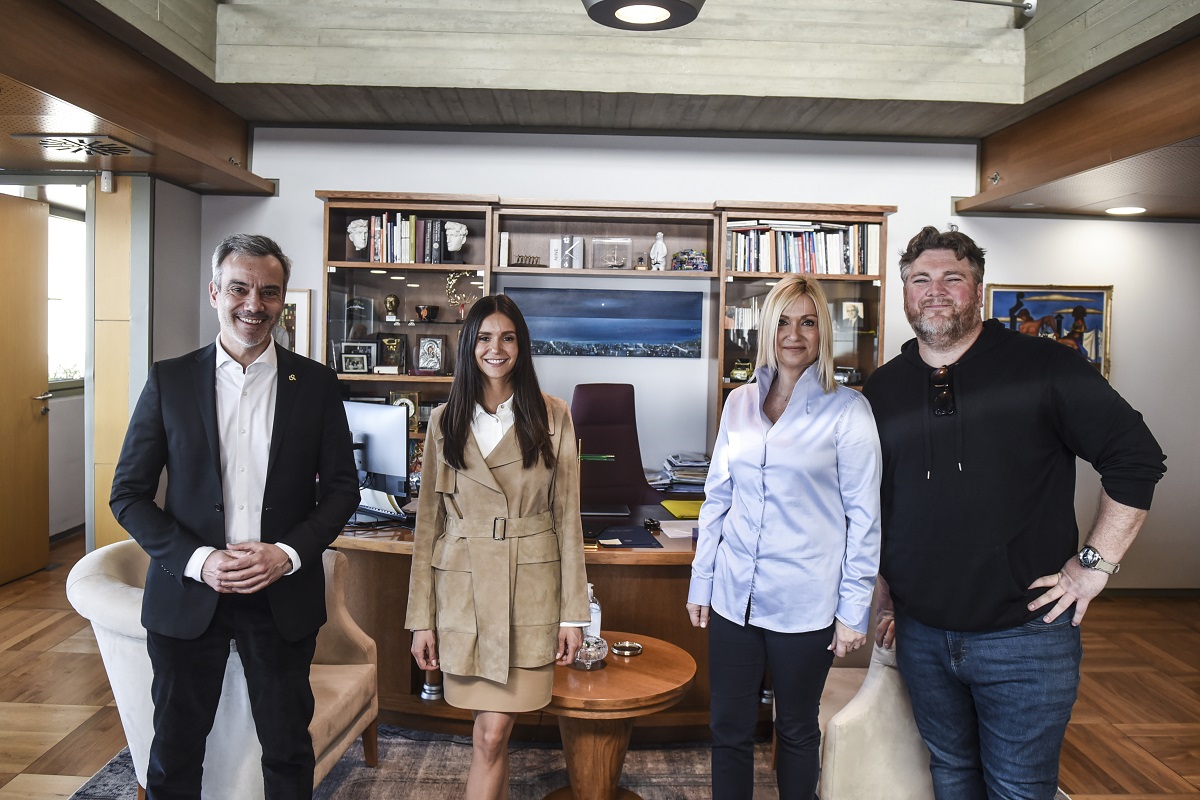 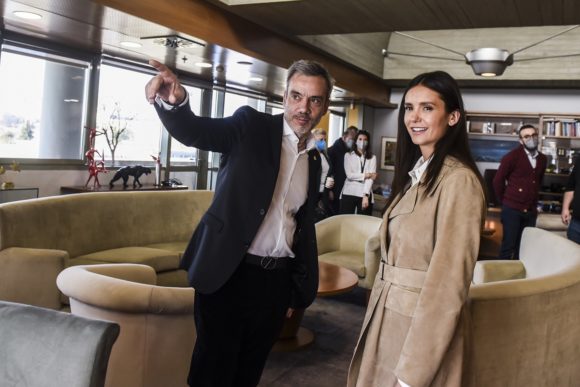 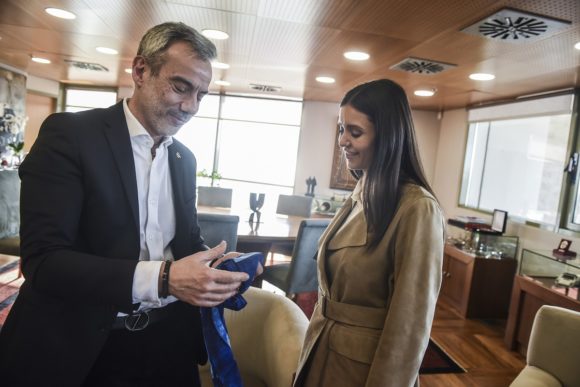 Central Macedonia was selected for filming the action-thriller thanks to the efforts of the regional film office based in Thessaloniki. Scenes are also expected to be shot at the Millennium studio in Thermi and in several Central Macedonia destinations.

Two more films are scheduled to start shooting in Thessaloniki in the near future.

“The Bricklayer” will hit movie theaters in 2023.