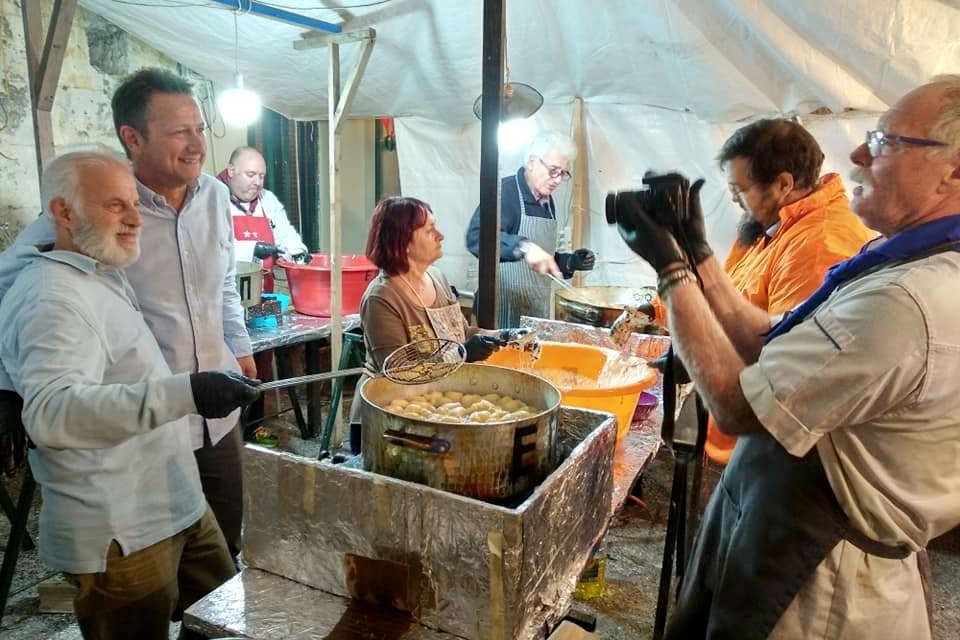 Announced recently by the Culture Ministry, the news follows the inscription on the National Intangible Cultural Heritage list of 15 traditions, customs and events, during the last two months.

The list now includes the following culinary customs, religious ceremonies and events that take place on the islands of Corfu, Lefkada and Nisyros as well as in Evritania, Vlasti in Kozani and Nea Karvali in Kavala:

On December 12, Corfu celebrates its patron saint, Aghios Spyridonas, with the preparation and offering of “tiganites” a special kind of dough similar to pancakes.

These are called “tiganites t’agiou” which in Greek means “the saint’s pancakes”. 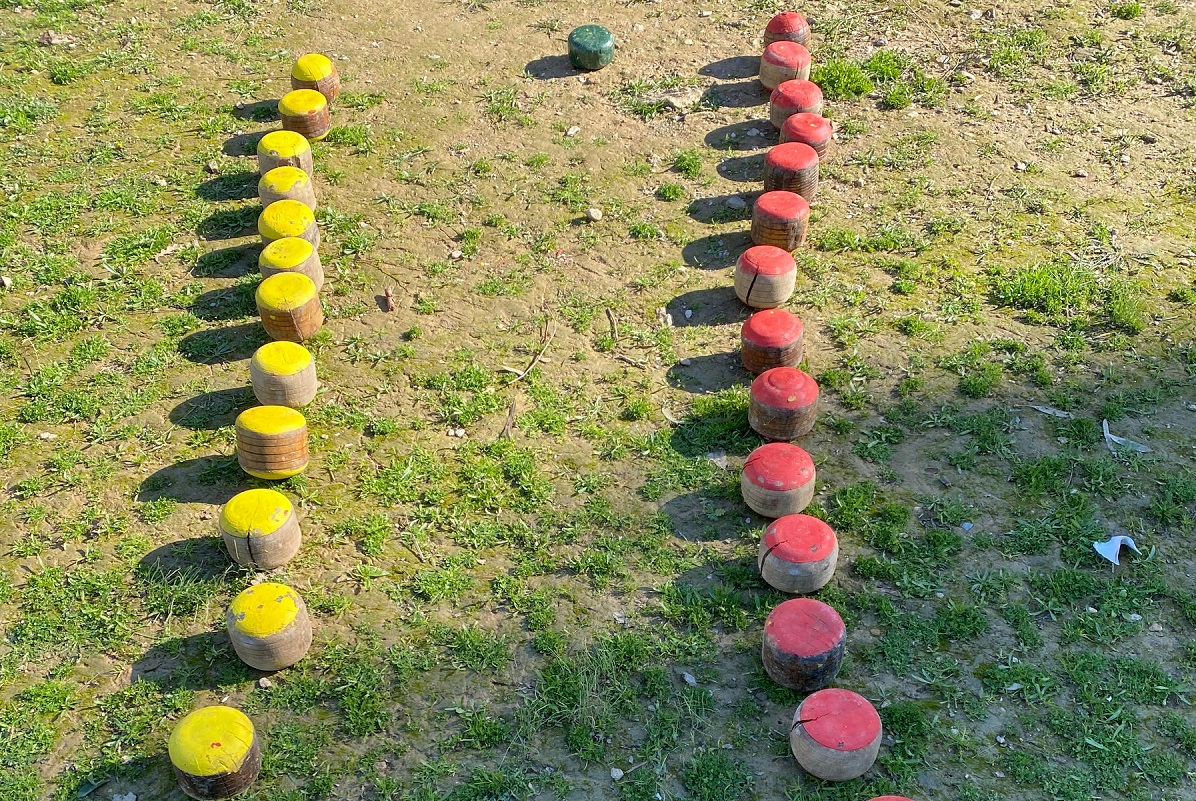 Ambali is a traditional game originating from the bocce ball game which was developed in ancient Rome.

It is played with a wooden ball in a specially designed outdoor field.

The ladopitta (oil pie) of Lefkada is a traditional sweet made of olive oil, flour, sugar or honey and grape syrup.

It is offered as a dessert in weddings, christenings and other family occasions. 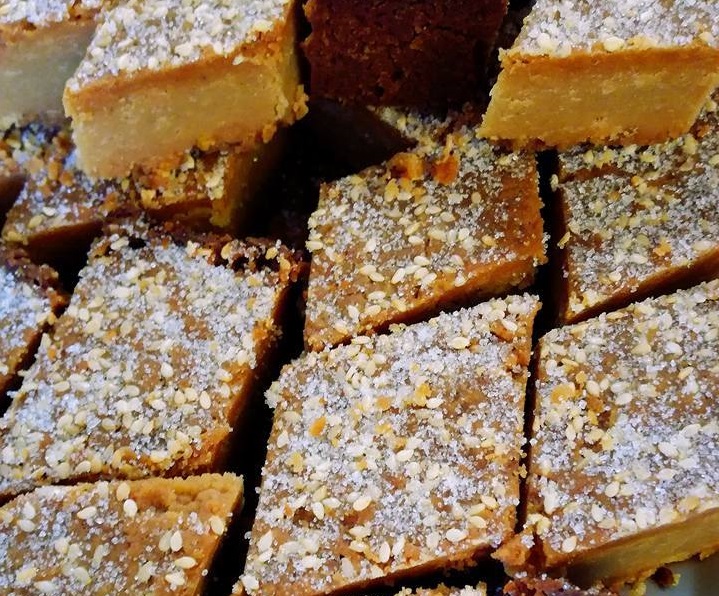 The Kouppa dance is performed during the local “panigyri” festival with the aim to promote social cohesion.

Kamares is also a traditional dance of Nisyros performed during the local “panigyri” on the national holiday of August 15 (also known as Dekapentavgoustos) that is dedicated to the Dormition of Virgin Mary. 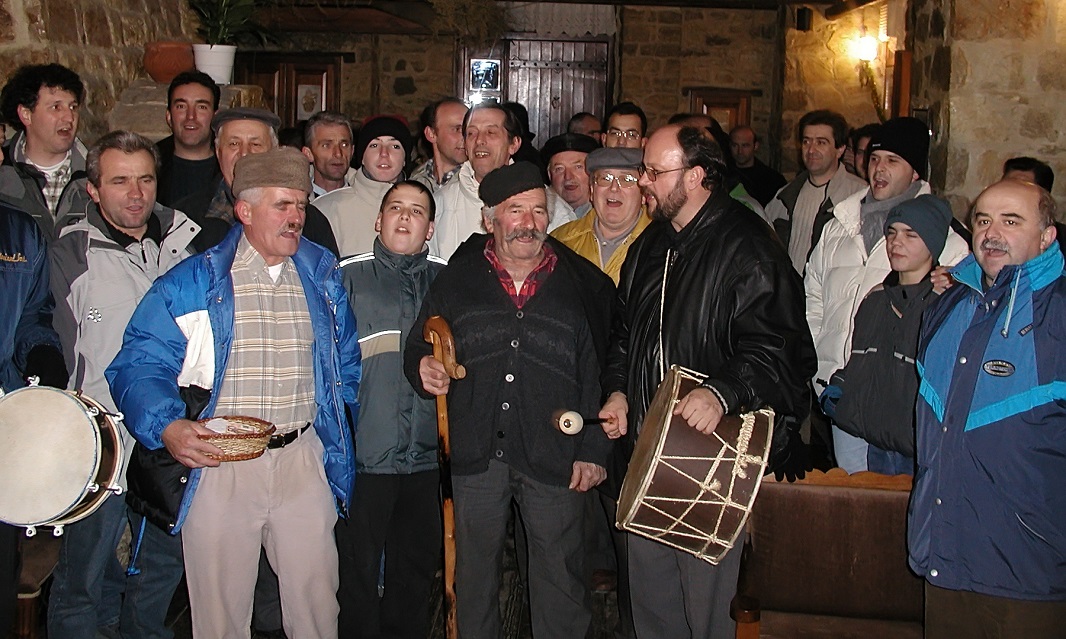 The Kalimera songs are performed in Megalo Chorio, Evritania, on the eve of Epiphany day (January 5) by men in the sound of the davul, a thong-braced double-headed cylindrical drum and the clarinet. Their lyrics wish “good morning” to the head of the house, his wife and children who offer singers – known as the “Kalimerades” – food, drinks and money.

With the money raised, the “Kalimerades” organize a big celebration on Epiphany day for the village’s residents and visitors. 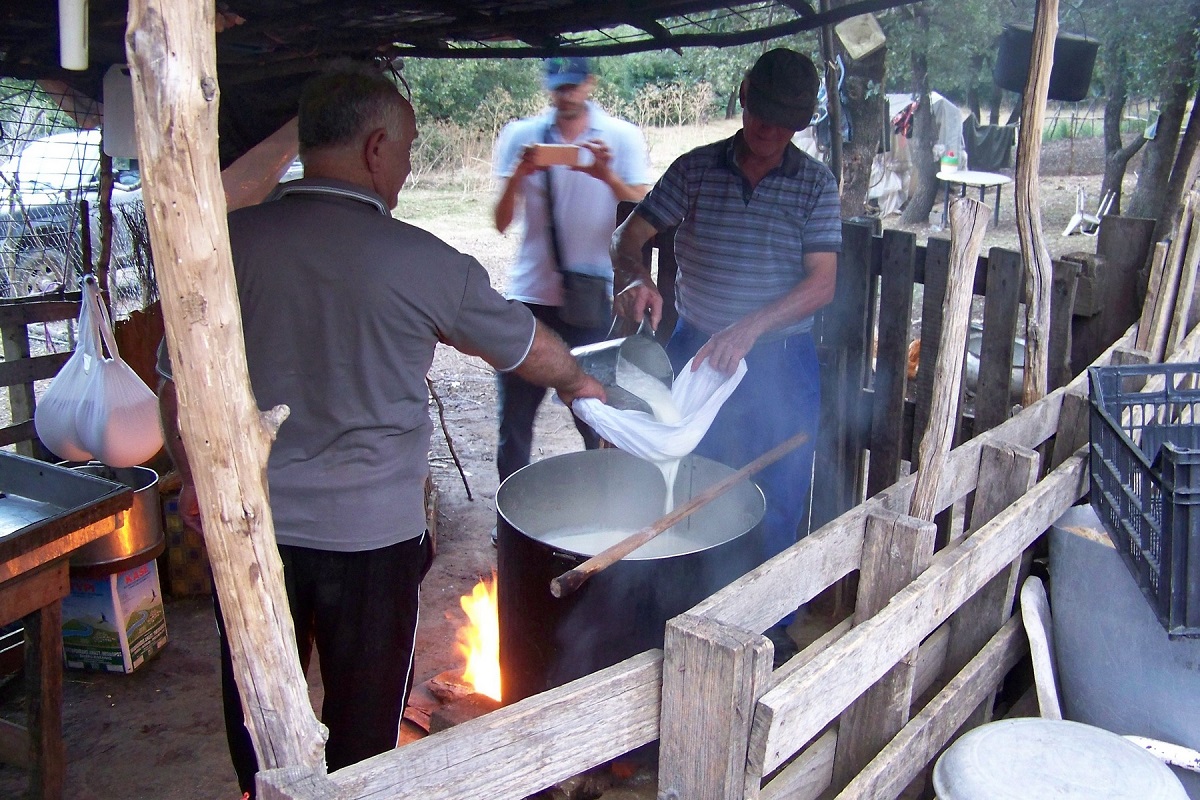 The traditional process of manouri production is conducted in Vlasti by cattle breeders who during the summer keep their herds on the mountainous areas of Askio and Mouriki.

Manouri is a semi-soft, fresh white mixed milk-whey cheese made from goat or sheep milk. In Vlasti, the cheese is produced daily, immediately after milking the animals.

Every August, the residents of Vlasti hold a manouri festival to celebrate cheese production. 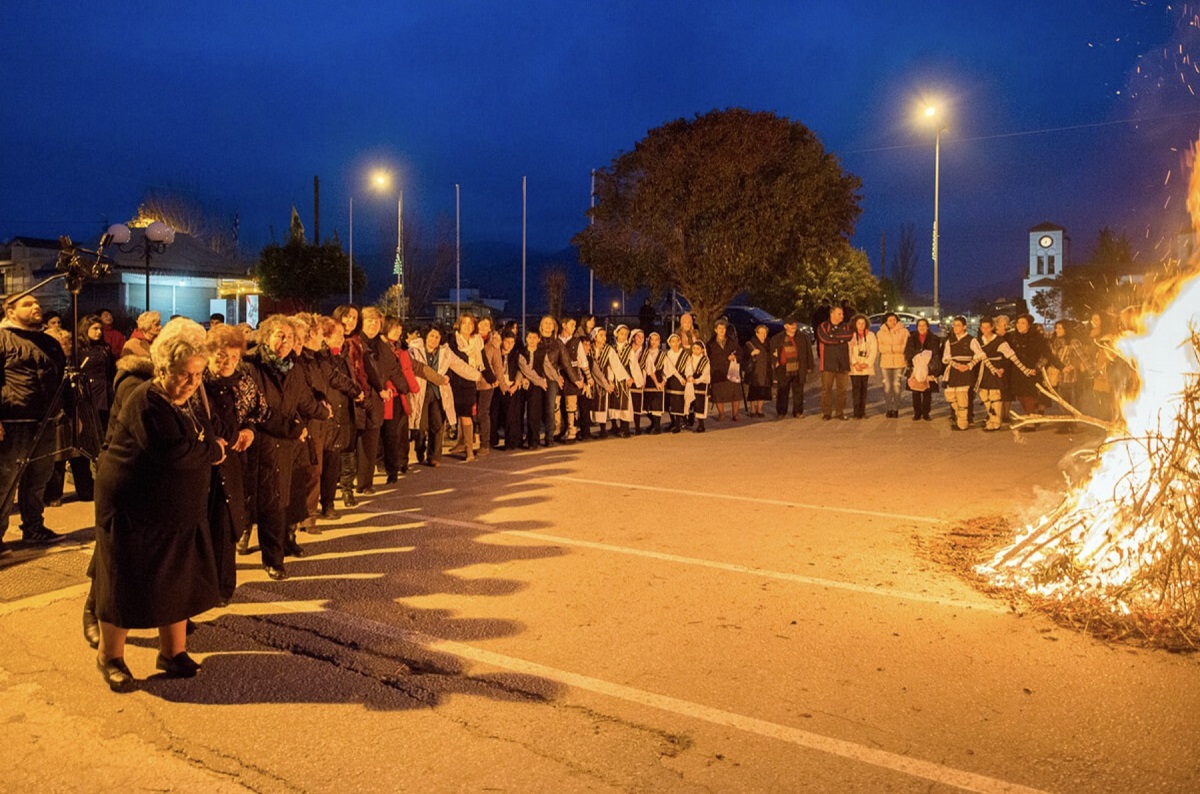 Every year, on the eve of Epiphany day, the residents of Nea Karvali in Kavala celebrate, the new year with the Sagia ceremony. Originating from Gelveri in Cappadocia, in 1925 the custom was brought to Nea Karvali by refugees.

During Sagia, the young residents of Nea Karvali disguise themselves as horned creatures with masks and bells, and walk around the streets singing and teasing passers-by and housewives. They end up at the village’s square where they light a huge fire, jumping, dancing and signing.