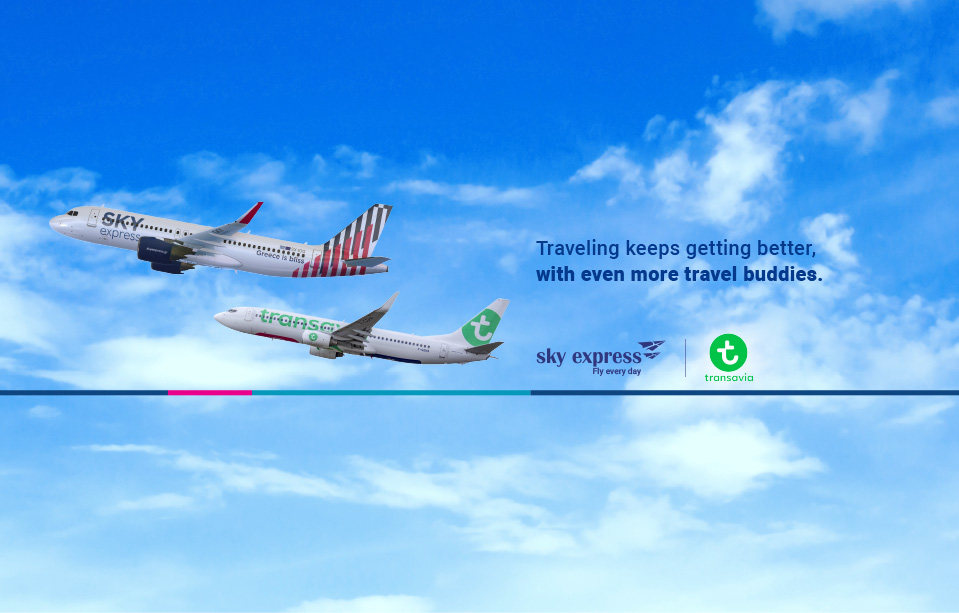 SKY express and French airline Transavia have signed an interline agreement that will allow passengers to book a single ticket between the networks of both carriers.

Transavia, the low-cost airline of the Air France-KLM Group, operates more than 100 air routes with departures from France (Paris, Nantes, Lyon and Montpellier) and the Netherlands (Amsterdam, Rotterdam/The Hague, Eindhoven and Groningen) to Europe and the Mediterranean basin. Respectively, SKY express operates in important European countries and serves 34 Greek destinations.

According to the Greek airline company, its new interline agreement with Transavia France further strengthens its position in the international market.

“The cooperation strengthens our strategy, the main goal of which is to offer our passengers more options, but also to strengthen the potential of our country as a dynamic travel destination,” said SKY express Commercial Director Yannis Lidakis.

“We want to thank Transavia France for our cooperation. We continue our systematic effort and this gives us the opportunity to have more new collaborations with important companies in our area,” Lidakis added.