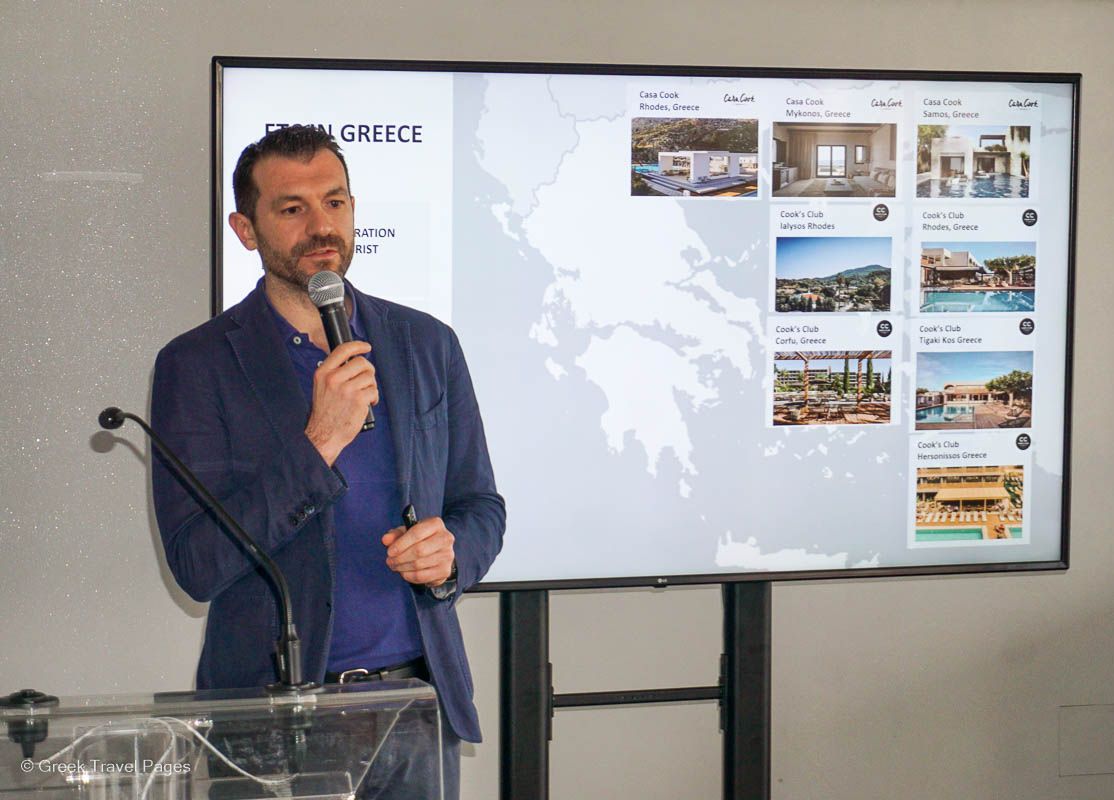 Four new hotels on Greek islands will be added to the FTC collection for summer 2022, joining the hotels that are already operating on Rhodes, Kos and Crete.

Fosun Tourism Group, part of the Chinese conglomerate Fosun International and a company focused on the leisure travel market, has announced the opening of four new hotels in Greece under the brands of Casa Cook and Cook’s Club.

Initially launched by tour operator Thomas Cook, both hotel brands were acquired in late 2019 by the Fosun Tourism Group and now operate under the subsidiary FTC Hotels, the company’s new hospitality venture.

Speaking during a press conference on Thursday in Athens, Fosun’s vice president, Alessandro Dassi, said the group was now expanding its hotel portfolio in Greece with new investments in four Greek destinations.

“The new hotels are on Samos, Mykonos, Rhodes and Corfu – four very different destinations but equally attractive and interesting and all coming for summer 2022,” Dassi said. 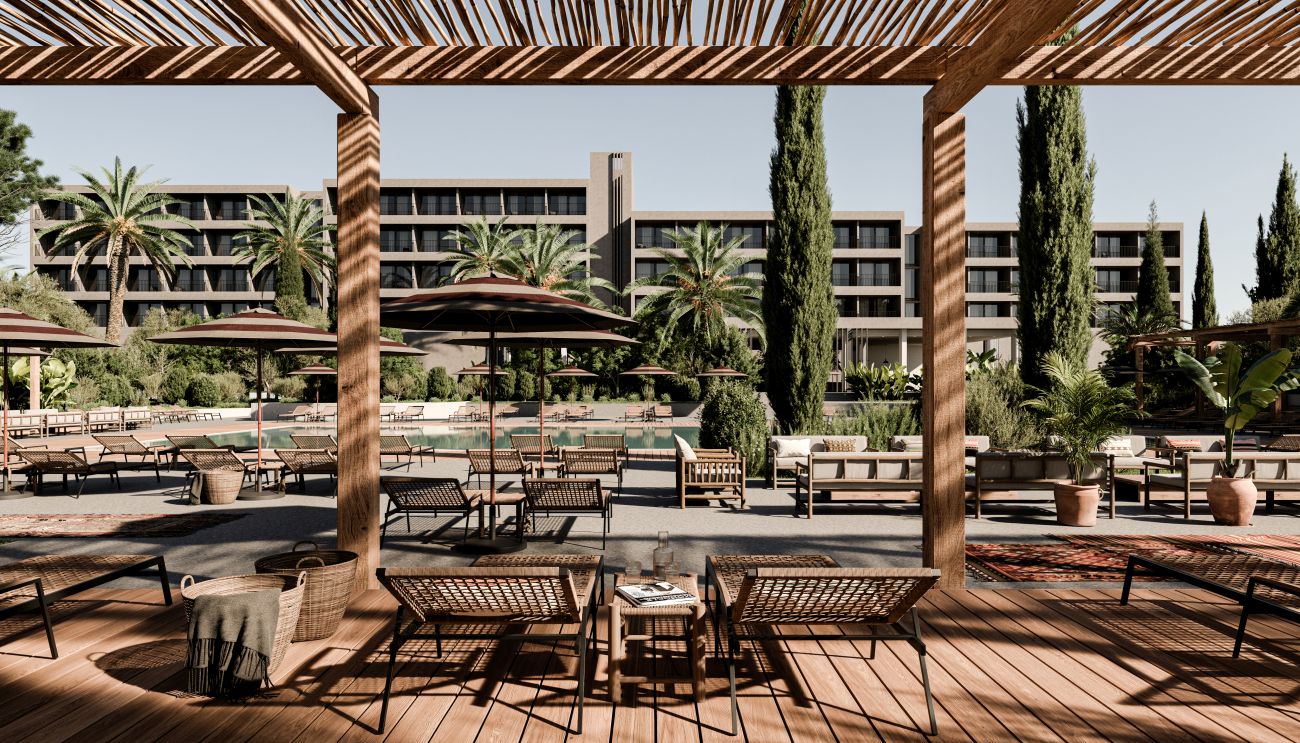 According to Dassi, FTC sees a “great potential” in the Greek market with regard to introducing new destinations.

“We are putting alot of focus this year on Samos as a new destination. There is a great interest from our customers and our guests to discover new destinations,” he said, adding that Fosun is keen on working with local Greek professionals to introduce and promote new destinations through the Casa Cook and Cook’s Club brands. 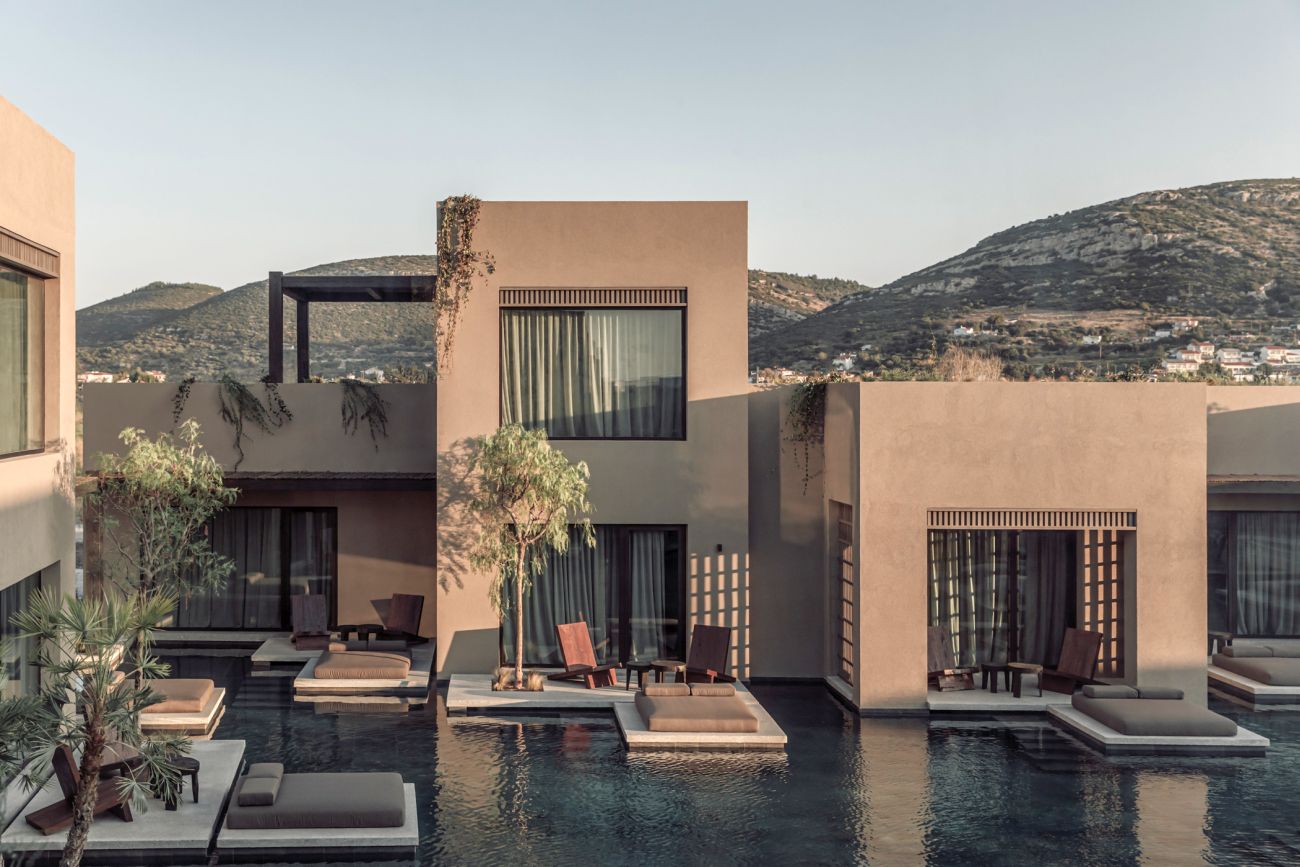 “We are looking at projects now on new islands, just beyond the typical tourism hotspots. There are so many islands in Greece that people want to discover. I think the launch of a trendy new hotel can also give an opportunity for the destination to really put itself on the tourism global map,” Dassi said.

Looking ahead, Dassi said that FTC intends to double its portfolio in Greece by the end of 2023. The group already has projects in the pipeline on Thassos, Zakynthos, Halkidiki, Kos, Crete and Athens.

With regard to Athens, FTC sees the Greek city as a target destination.

“There is definitely an opportunity to develop property in Athens and outside of the city as well such as on the Athenian Riviera,” he said. 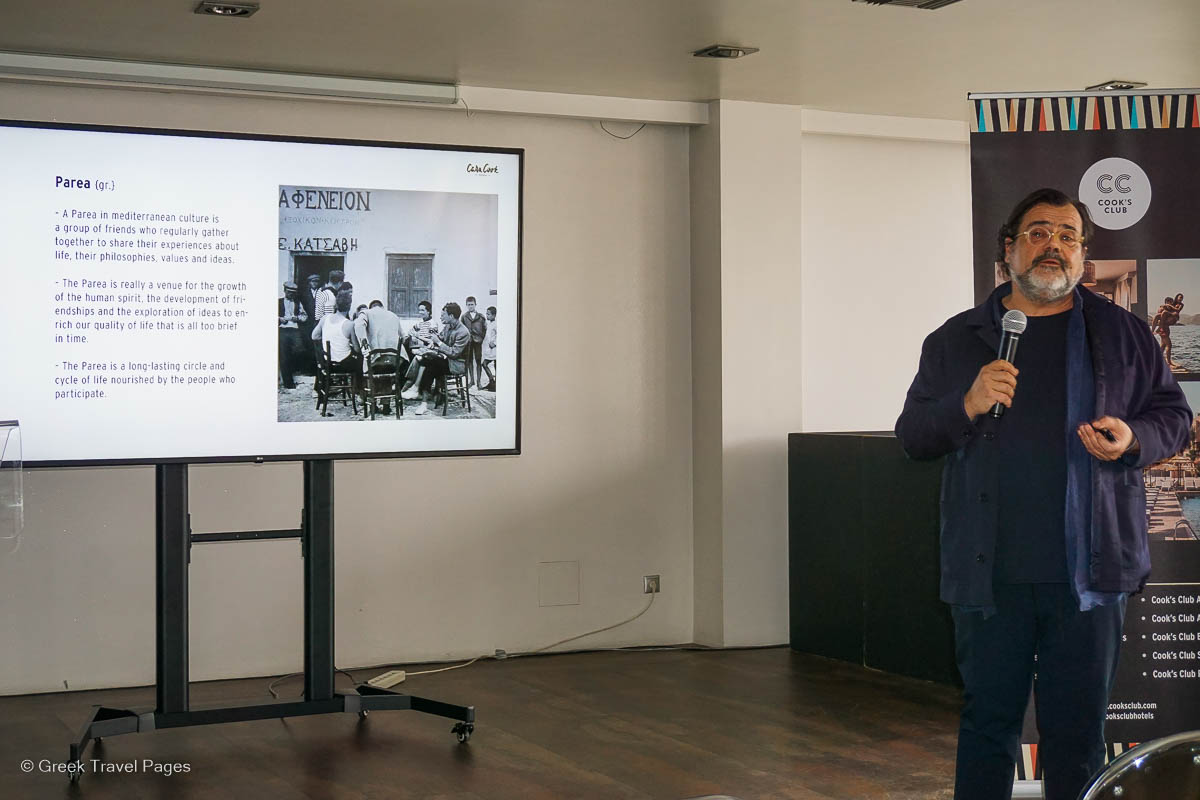 Explaining the concepts of the Casa Cook boutique beach resorts and the Cook’s Club boho chic style-hotels, the creative director of both brands, Remo Masala, said that the group’s hotels are places where guests can connect with each other and share experiences.

“All our hotels are deeply inspired by the Greek word ‘parea’ (company), which is the core value of the brand… The principle of the word ‘parea’ guides us and before we do anything in our hotels we first check if it is ‘parea-friendly’… We have connected all parts of the customer’s journey into that word,” Masala said. 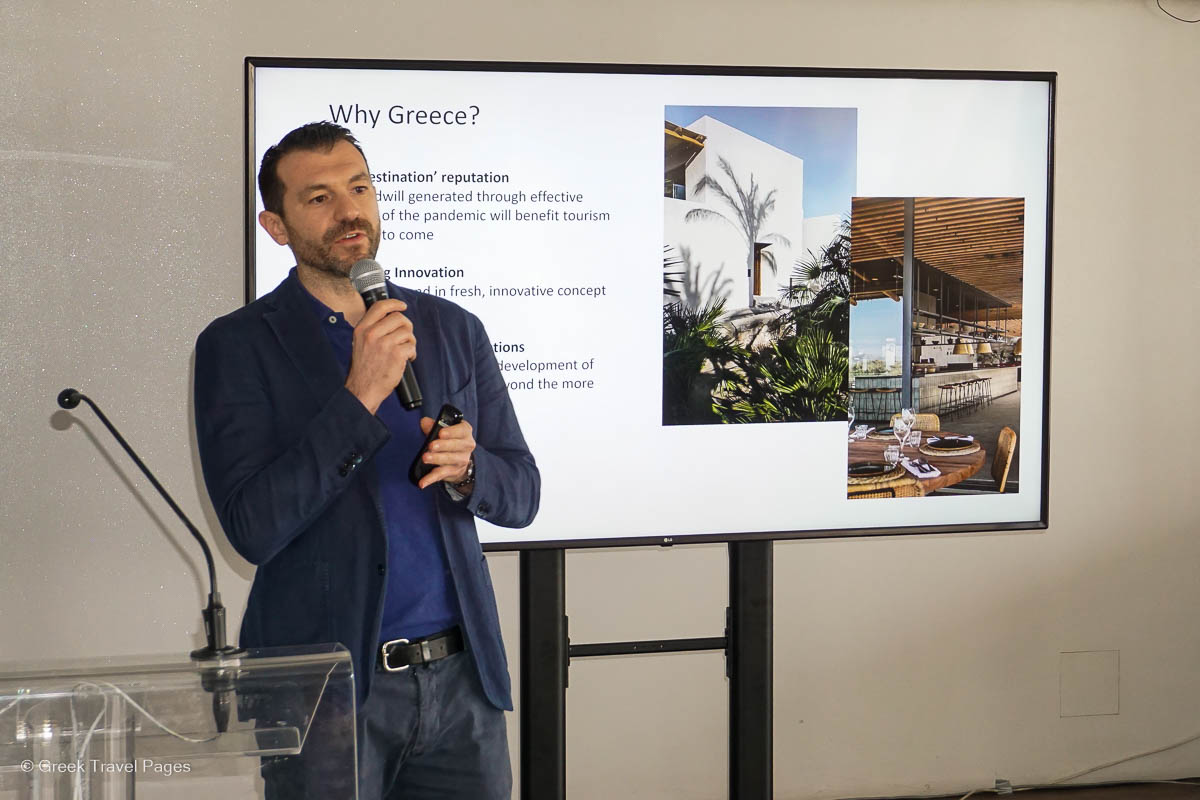 Explaining why FTC is focusing so much on the Greek market, Dassi said that besides the fact that Greece is the birthplace of the Casa Cook brand and its “little sister” Cook’s Club, last year the group’s hotels had a very good performance despite the challenges due to the Covid-19 pandemic, travel restrictions and the tourism season opening late.

“Across all our hotels we had occupancy of 80 percent,” he said, adding that Casa Cook Rhodes in particular achieved almost 100 percent by last October with rates higher than 2019 pre-Covid levels.

“For us it was a good season despite all the challenges and this is also due to the way Greece handled the pandemic and really built a reputation as a safe destination… The reputation that has been gained by Greece in the last two years will benefit inbound tourism for many years to come,” Dassi added.

‘Greece is setting the trend in hospitality’ 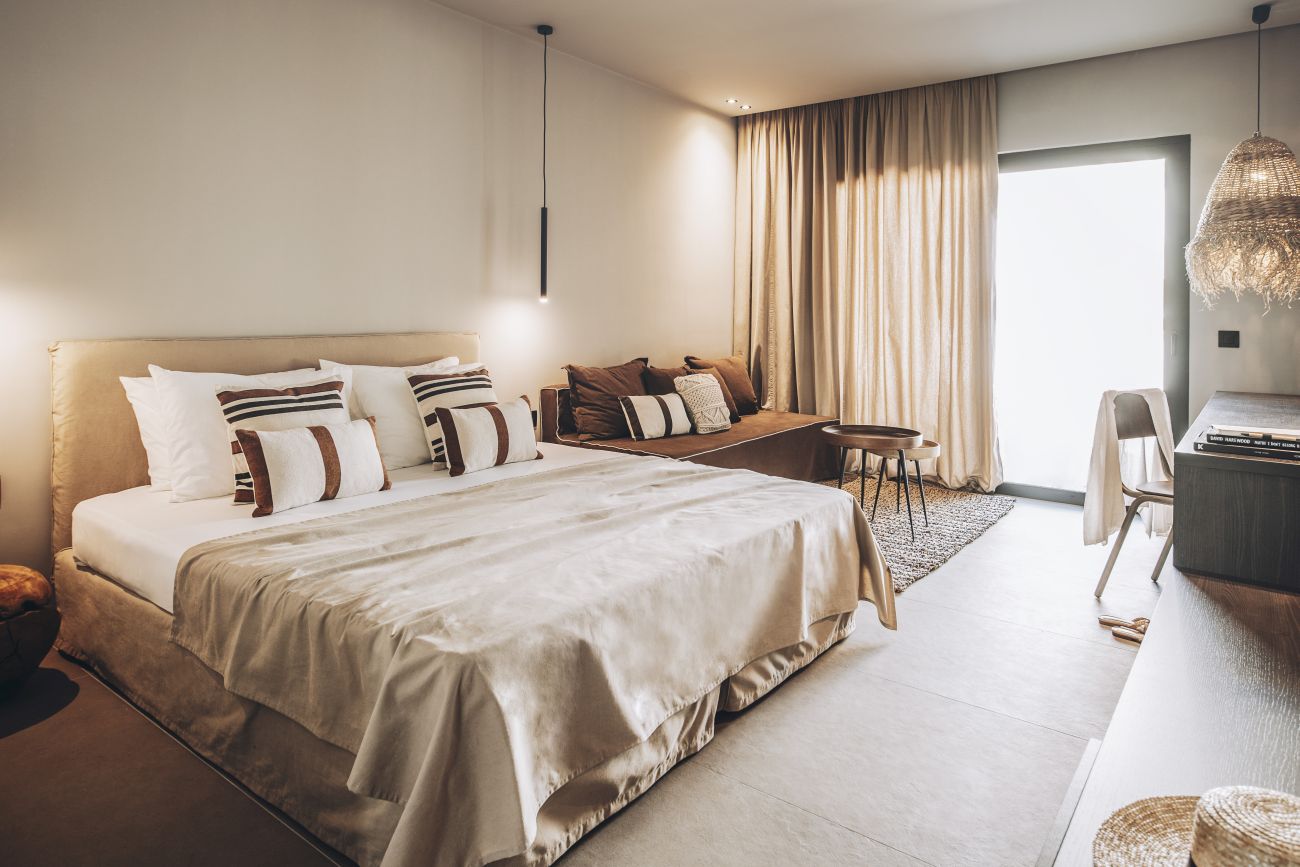 Moreover, Fosun’s vice president said that the hospitality market is changing and Greece is embracing innovative and new trendy concepts at a faster pace compared to other sun & beach destinations like Spain and Italy.

“Greece is setting the trend in hospitality… and that gives us an opportunity because we have brands that are different and disruptive. Our brands look at a new type of travel and not the traditional package travel such as all inclusive holidays,” he said.

The top two markets for the group’s hotels in Greece are Germany and the UK, followed by Israel and Switzerland.

According to Dassi, FTC is also trying to build a Greek domestic market.

“Because one of the things we want to do with our hotels is increase the season. There is a big opportunity to lengthen the season in Greece to even nine months,” he said. 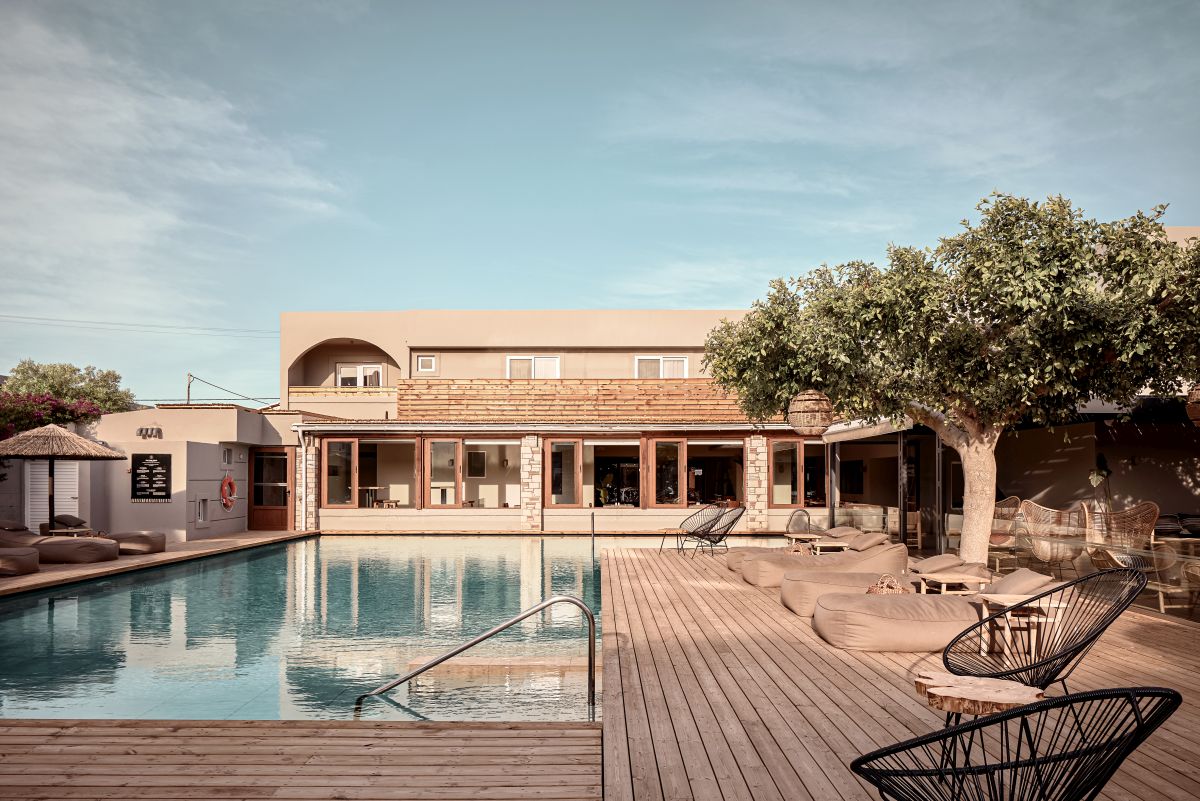 FTC’s portfolio at the moment includes a total of 15 Casa Cook and Cook’s Club hotels in top tourism destinations in Greece, Egypt, Turkey, Spain and Bulgaria.

“We have ambitious growth targets and want to become a leading player in the lifestyle hospitality sector… We have two great brands that we will continue to invest in and develop,” Dassi said, adding that FTC is also looking to launch new concepts focused on families and urban style hotels.

The group is aiming to grow its portfolio and its target is set at operating 30 hotels globally by the end of 2023 with new destinations including Mauritius and Sichuan.

“But Greece will always be the core. We will always see that the majority of our hotels are in Greece,” he said.

The FTC Group also includes the operation of the Club Med hotel chain. The historic Club Med Gregolimano in Edipsos on the Greek island of Evia is currently under renovation.

Andronis Announces Openings of its Hotels for 2022