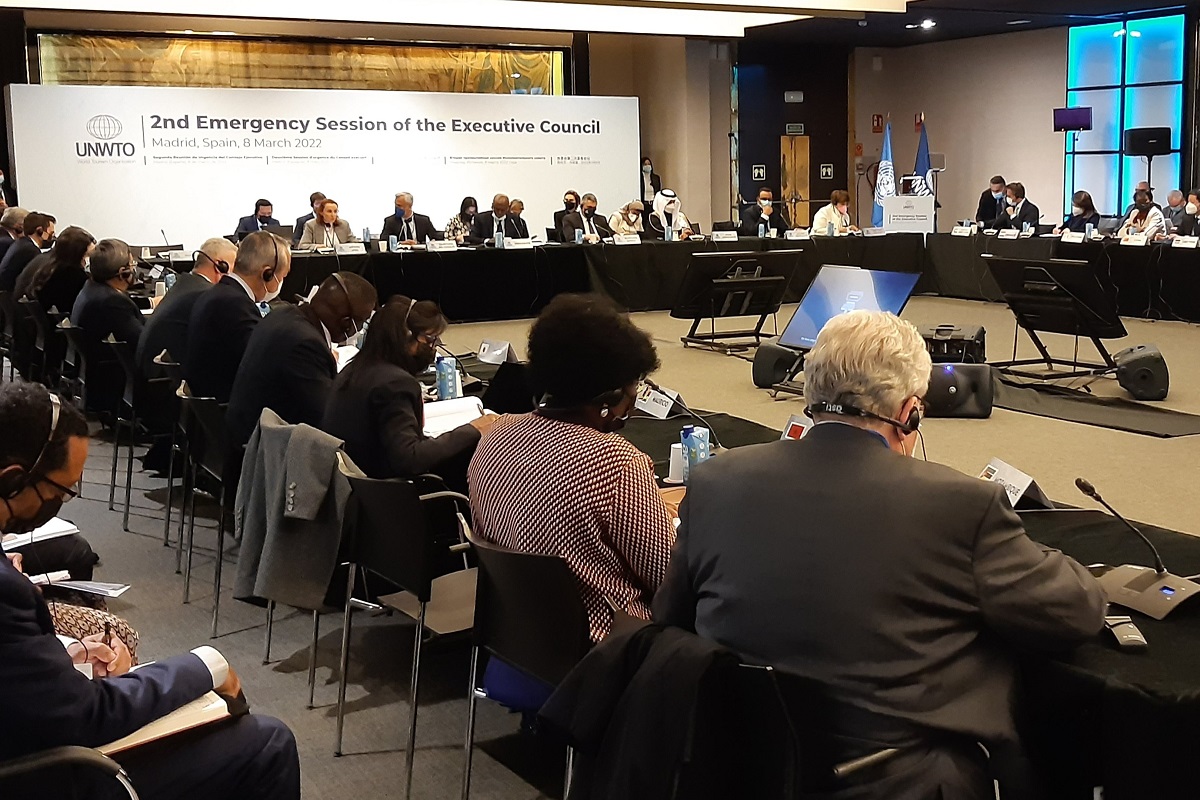 The Executive Council of the World Tourism Organization (UNWTO) has decided to hold an extraordinary general assembly to address the suspension of the membership of the Russian Federation.

The first ever extraordinary UNWTO general assembly will be convened in the coming days. This was the first time in the history of UNWTO that the executive council met to address a request to consider suspending a member from the organization.

Held in Madrid at the request of several UNWTO members, the executive council met amid ongoing global concern and condemnation for the unilateral actions of the Russian Federation.

“War is never a solution! Not now, and not ever. But it is evident that not everybody is committed to this ideal,” UNWTO Secretary-General Zurab Pololikashvili said and added:

“For this reason, UNWTO – and me as the voice of the organization – must be loud and clear: If you are a member, then you commit to our rules. And you must embrace our values. So, when members go against our goals, there must be consequences.”

At today's emergency session of the UNWTO Executive Council our Members decided to call for an extraordinary session of the General Assembly to consider the suspension of Russia’s membership. Together we uphold the values of peace and solidarity and respect for human rights. pic.twitter.com/h6pqP5dHfO

The aggression against Ukraine is inconsistent with the United Nations Charter and contravenes the fundamental aim of the UNWTO as enshrined in Article 3 of its statutes, which states the “promotion and development of tourism with a view to contributing to economic development, international understanding, peace, prosperity and universal respect for, and observance of, human rights”, as the fundamental principles of the organization.

Last week, the United Nations general assembly voted overwhelmingly in favour of a resolution demanding that Russia “immediately, completely and unconditionally withdraw all of its military forces from the territory of Ukraine within its internationally recognized borders”. The general assembly reaffirmed the paramount importance of the UN Charter in the promotion of law among nations.

Also last week, the UN Human Rights Council condemned the actions of the Russian Federation “in the strongest possible terms”. Its members voted in favour of establishing a special commission to investigate alleged human rights violations including possible war crimes in Ukraine.

In accordance with its statutes, the UNWTO General Assembly alone has the sovereign responsibility to decide on the suspension of membership of any member state, if it found that the member persists in a policy contrary to the fundamental aims of the organization, as enshrined in article 3 of its statutes.