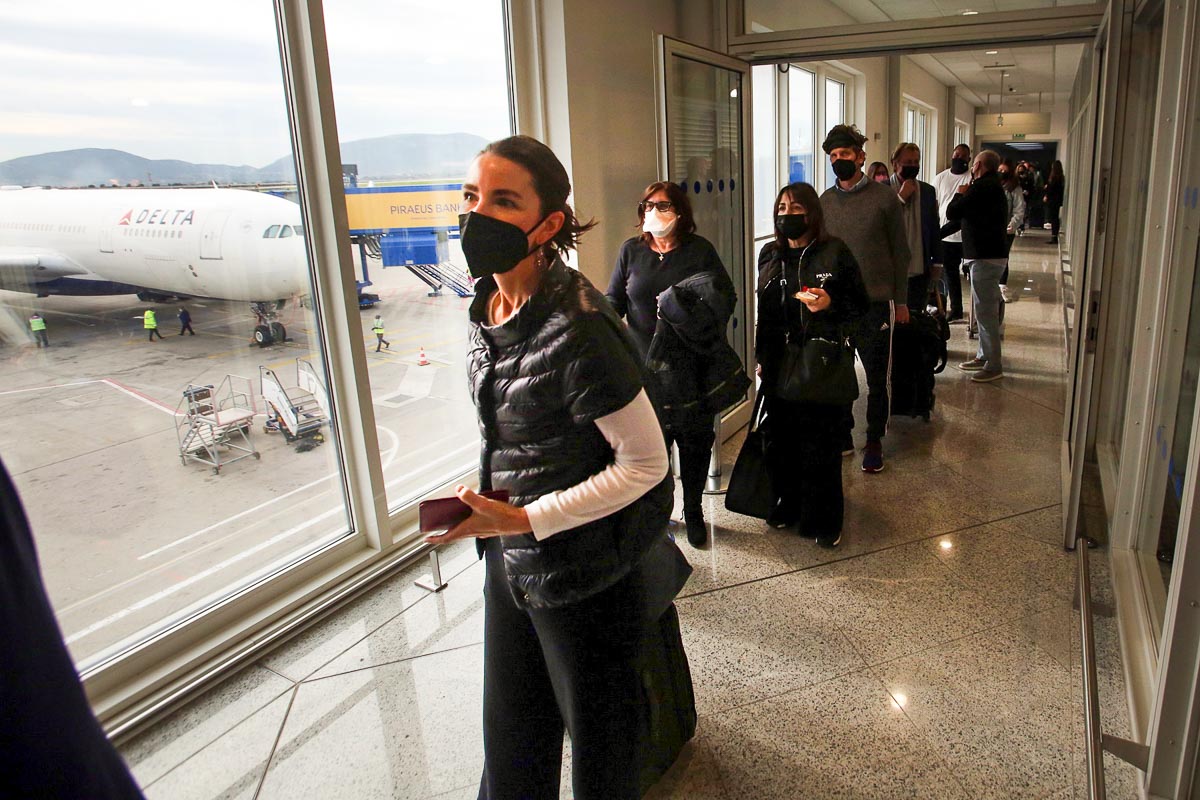 After lifting mandatory Covid-19 testing requirements for fully vaccinated inbound travelers from the US, Greece is expecting nine daily flights from the US during peak season.

It is reminded that Emirates runs an all-year round daily direct connection to Newark from Athens International Airport. 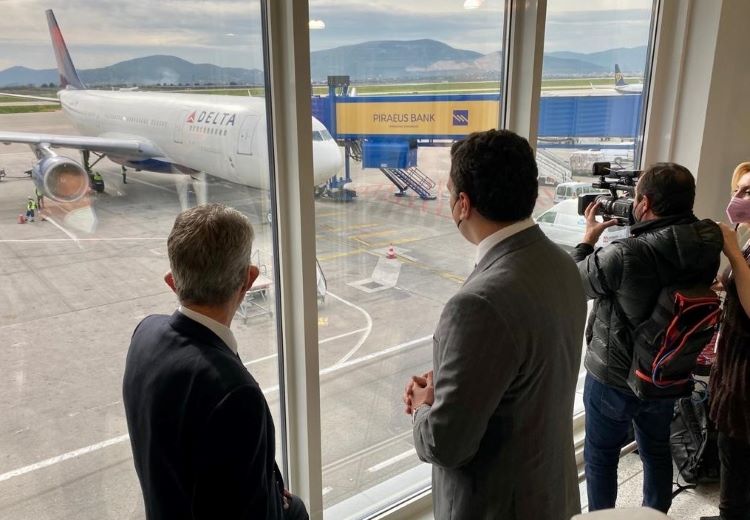 During a special ceremony at AIA on Monday, Greek Tourism Minister Vassilis Kikilias together with US Ambassador to Greece, Geoffrey Pyatt, expressed their satisfaction with Delta’s arrival, adding that it demonstrated “a vote of confidence in Greece and in Greek tourism”.

“I’m really excited that we have the first of our direct American flights. The earliest it’s ever been,” said Pyatt. 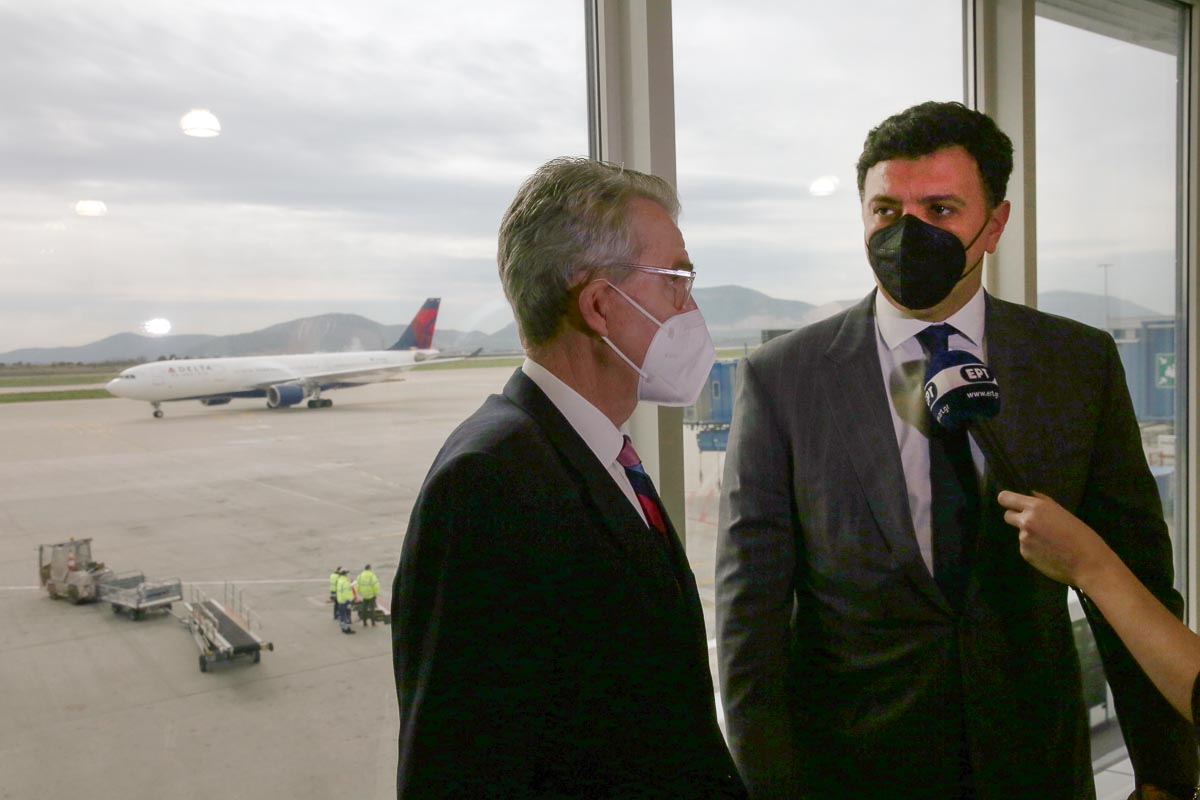 “This is just the beginning. We will have a record number of direct flights from the United States this year… and I am very, very optimistic that we’re going to see a record number of American tourists coming to enjoy everything that Greece has to offer over the next eight or nine months or so,” he added. 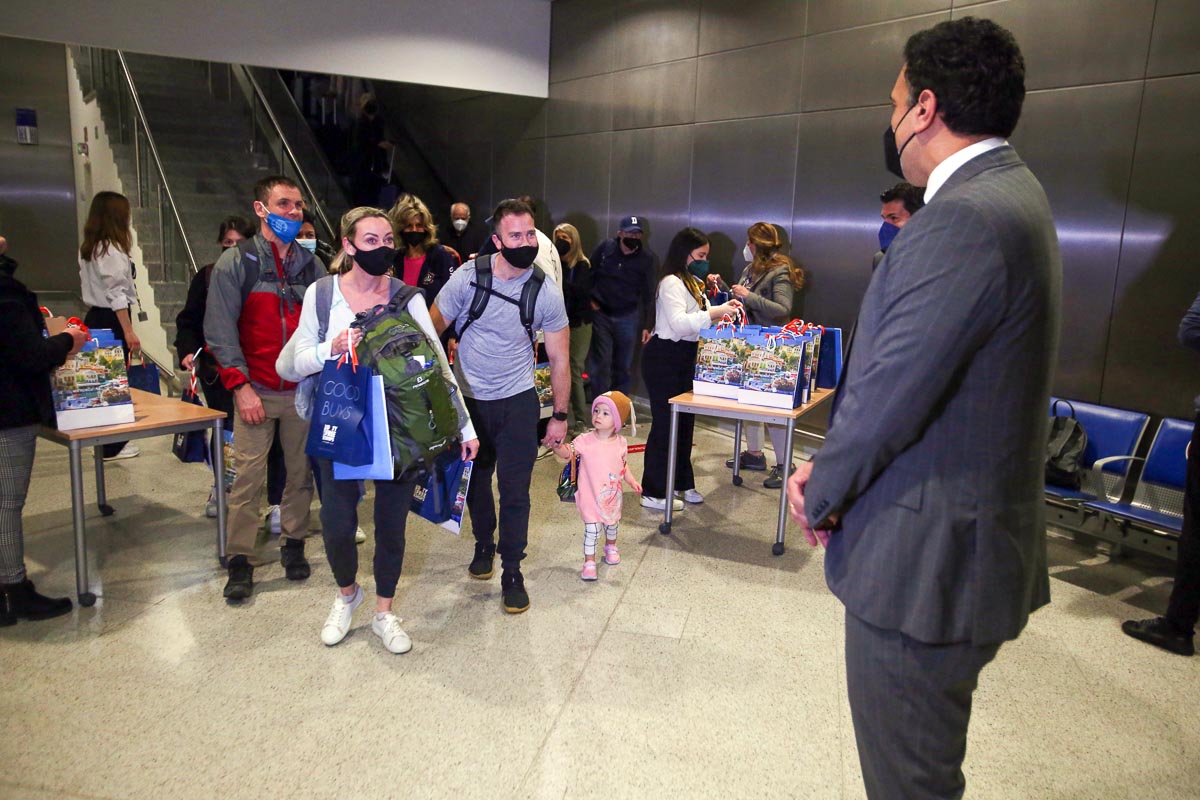 Greece is counting on winning back American tourists after nearly two years of Covid-19.

“We believe that we will attract more American tourists this year, after abolishing the PLF requirement for visitors to Greece, as well as lifting the mandatory Covid-19 testing requirement for fully vaccinated travelers from the US,” Greek Tourism Minister Vassilis Kikilias said.

Indicatively, according to the Bank of Greece, the number of travelers from the US to Greece during January-November 2021 rose by 266 percent year-on-year with spending up by 603.4 percent to 598 million euros. In pre-pandemic 2019, Greece saw over 1.1 million arrivals (air and cruise arrivals) from the US.