US Returns 55 Antiquities Worth More Than $20m to Greece 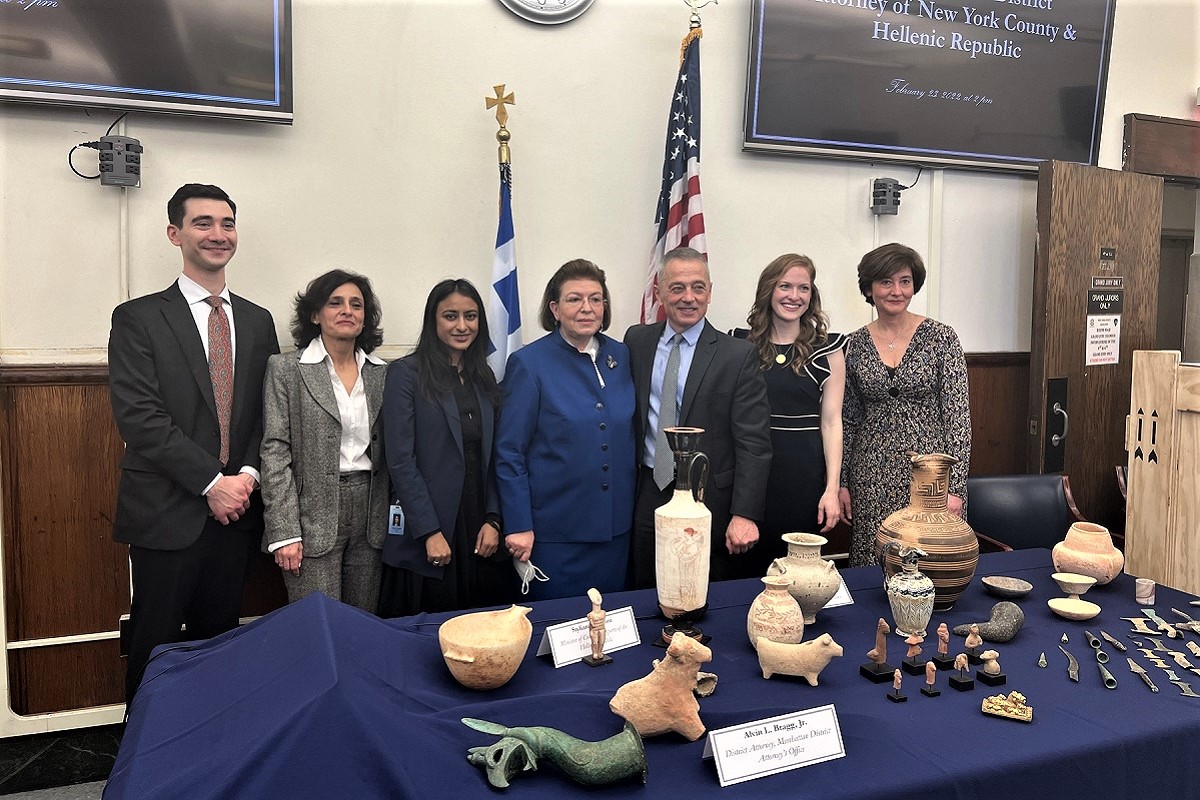 Greece has received a total of 55 stolen antiquities worth over 20 million dollars from the United States, following the completion of a long-term investigation conducted by the Manhattan District Attorney’s Office in New York.

All antiquities were returned during a repatriation ceremony held recently in New York in the presence of Greek Culture Minister Lina Mendoni and US Homeland Security Investigations Acting Special Agent-in-Charge Ricky Patel.

According to an announcement by the Manhattan District Attorney’s Office, the returned antiquities, including a “Kouros” sculpture, are valued collectively at more than 20 million dollars.

“I am honored to return these 55 magnificent cultural treasures to the people of Greece – our largest such transfer of antiquities to this nation,” Manhattan District Attorney Alvin Bragg said.

“While this collection of exquisite ancient artifacts is valued at 20 million dollars, each piece is an irreplaceable display of Greece’s enduring strength, history, and cultural heritage,” he added. 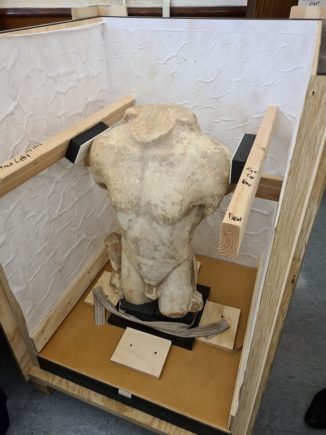 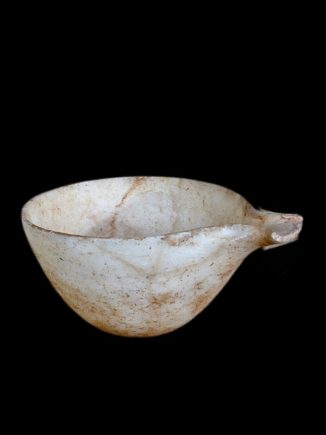 Most of the antiquities were previously part of a private collection owned by US billionaire and art collector Michael Steinhardt.

Forty-seven of the objects returned to Greece were seized from Steinhardt’s collection.

According to filed documents, Steinhardt purchased the Kouros from Robert Hecht, a now deceased Paris-based antiquities dealer, in November 2000 for 2,348,500 dollars. It is now valued at 14 million dollars. The Kouros was crafted circa 560 B.C.E., and depicts a youth with 14 rows of braids and is characteristic of kouroi found in archaeological sites in Greece. 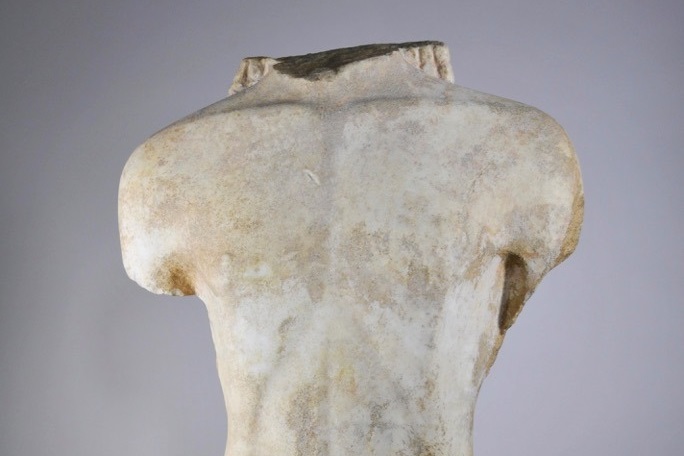 Along with the Kouros, the Manhattan D.A.’s Office returned 46 other antiquities seized from Steinhardt to the people of Greece, including:

Eight other pieces originating from Thessaly, that were seized pursuant to another ongoing investigation, were also repatriated. 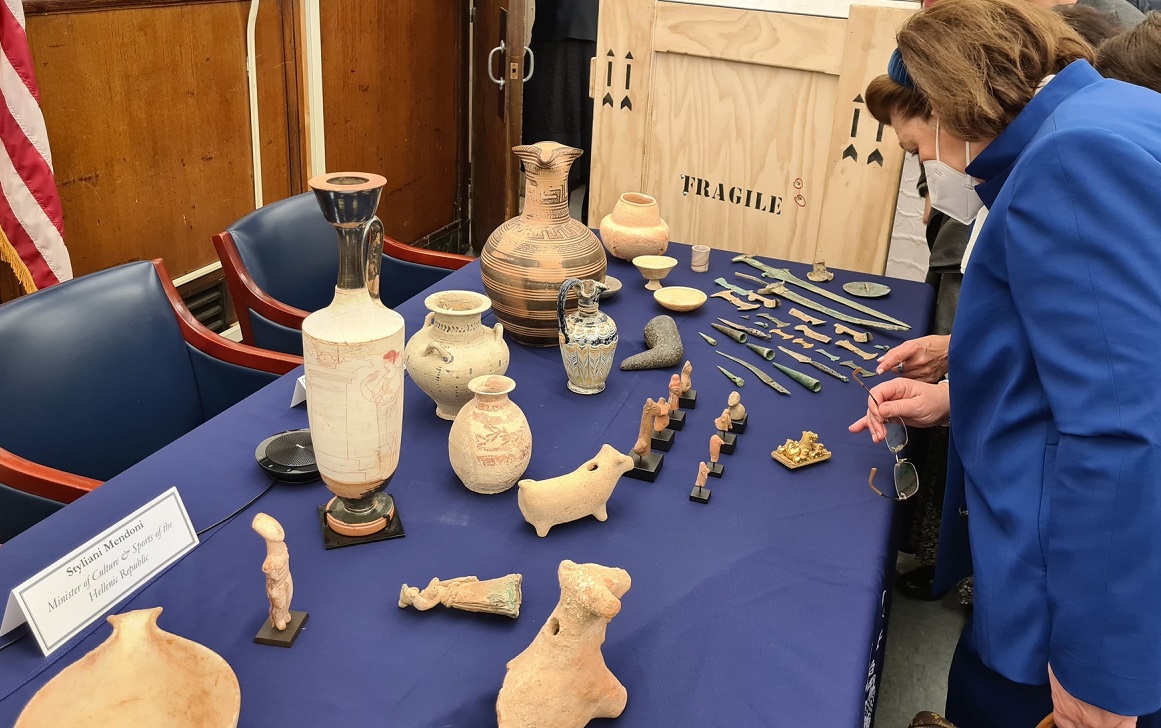 “The illegal trafficking of our country’s cultural treasures is a serious trauma that hurts all Greeks all over the world. We work systematically to stop this crime,” Mendoni said during the repatriation ceremony.

“We strongly believe that the fight against the illegal trafficking of cultural goods will be won with patience, persistence and method, but above all through close cooperation between people, organizations and countries that consciously fight against this great crime,” she added.