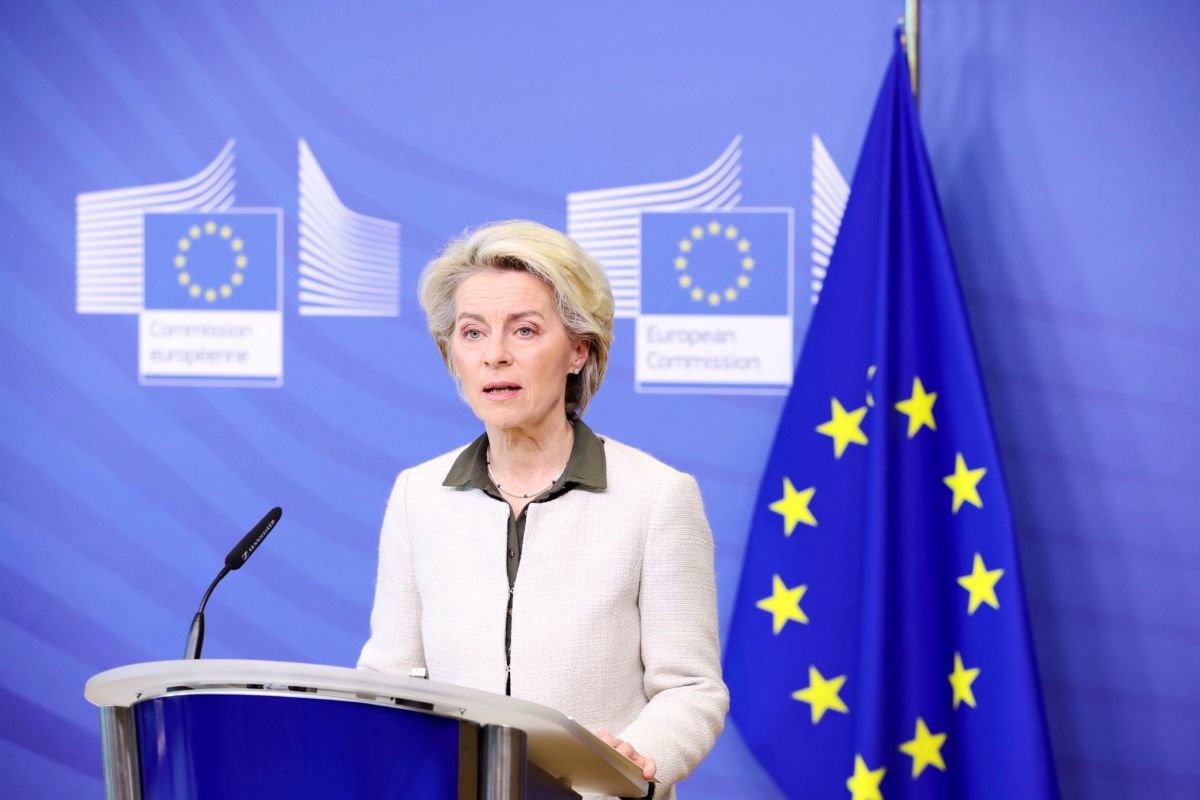 European Commission President Ursula von der Leyen on Sunday said the European Union is shutting down its airspace for Russians.

The closing of its airspace is one of the measures of the EU’s response to the Russian invasion of Ukraine.

“We are proposing a prohibition on all Russian-owned, Russian registered or Russian-controlled aircraft. These aircraft will no more be able to land in, take off or overfly the territory of the EU,” Von der Leyen said.

The EU’s ban on Russian flights entering its airspace will apply to any plane owned, chartered or otherwise controlled by a Russian legal or natural person.

“So let me be very clear. Our airspace will be closed to every Russian plane – and that includes the private jets of oligarchs,” she added.

More measures to respond to Russian invasion of Ukraine

We are stepping up our support for Ukraine.

For the first time, the EU will finance the purchase and delivery of weapons and equipment to a country under attack.

We are also strengthening our sanctions against the Kremlin.
https://t.co/qEBICNxYa1

The EU will also fund supplies of weapons to Ukraine, the Commission’s chief announced.

“For the first time ever, the European Union will finance the purchase and delivery of weapons and other equipment to a country that is under attack. This is a watershed moment,” Von der Leyen stressed.

Another measure of the EU’s response to the Russian invasion of Ukraine includes the ban of some pro-Kremlin media outlets in the Europe.

“The state-owned Russia Today and Sputnik, as well as their subsidiaries will no longer be able to spread their lies to justify Putin’s war and to saw division in our Union. So we are developing tools to ban their toxic and harmful disinformation in Europe.”

“We will hit Lukashenko’s regime with a new package of sanctions. We will introduce restrictive measures against their most important sectors,” she said.

The EU’s measures will stop their exports of products from mineral fuels to tobacco, wood and timber, cement, iron and steel.

“We will also extend to Belarus the export restrictions we introduced on dual-use goods for Russia,” she said.

Greek Parliament Lights Up With the Colors of Ukrainian Flag