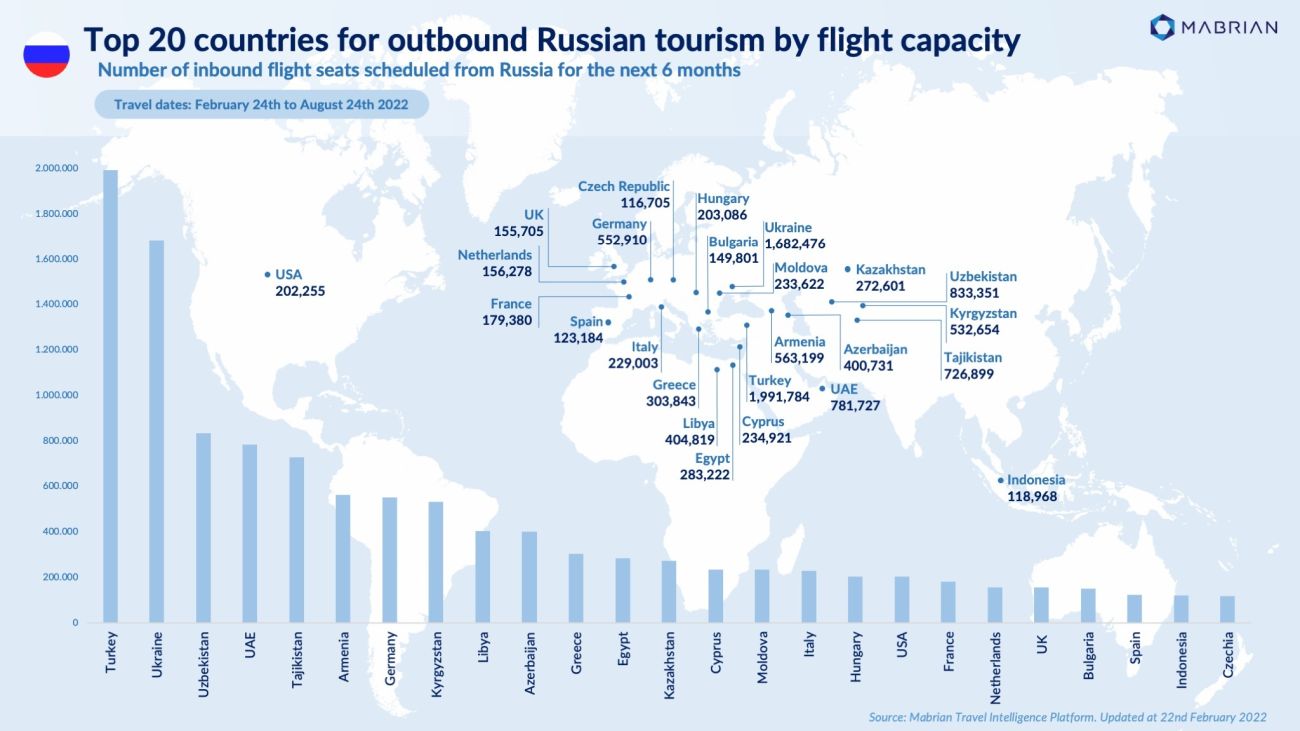 Mabrian Technologies, a tourism intelligence platform, has included Greece on a map showing the top 20 countries that depend most on Russian tourism, from the point of view of air connectivity.

According to Mabrian Technologies, the 20 countries are expected to see their tourism sector affected in the coming months if the crisis between Russia and Ukraine lengthens, given that an effect is expected in all of Europe.

As the map shows, the country with the most scheduled flights and seats from Russia is Turkey, with nearly 2 million scheduled tickets for the next six months. It is followed by Ukraine, Uzbekistan, the United Arab Emirates and Tajikistan. The top 10 destinations dependent on Russian travelers also includes countries such as Germany, Greece, Egypt and Cyprus, whilst Spain is in 18th place.

According to Carlos Cendra, Director of Sales and Marketing at Mabrian, Turkey and Greece are two important tourist destinations in southern Europe and, at the same time, are among the most dependent on the Russian market.

“It is possible that these, in the coming weeks, will have to increase their efforts to attract tourists from other markets, demonstrate greater competition and lower prices to counteract a possible decrease in tourism from Russia,” Cendra added. 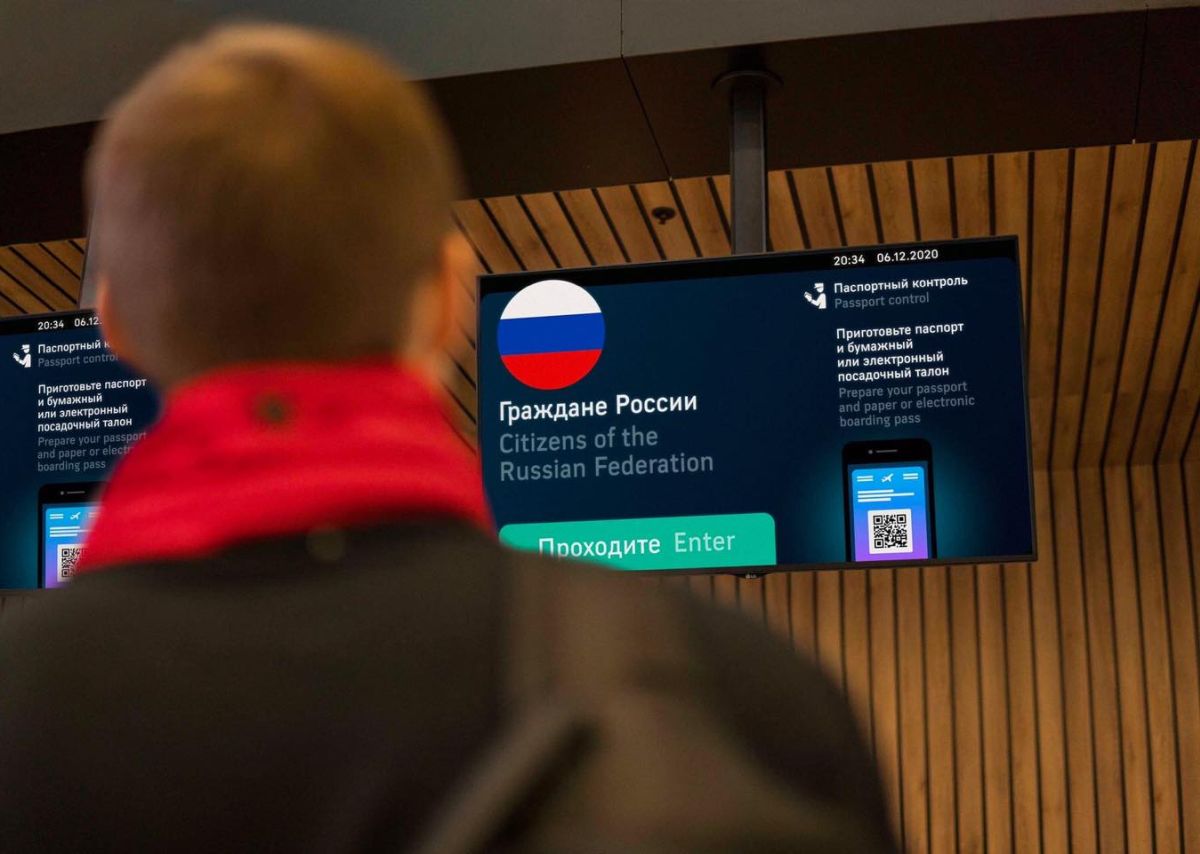 Mabrian’s data has been extracted based on air capacity and the number of seats on scheduled flights from Russia for the next six months (starting February 24).

“A new instability puts Europe’s tourism recovery at risk when it seemed that we had overcome the crisis caused by Covid-19,” Cendra said

“This is just another example that the only constant is instability and that destinations and tourism companies must have up-to-date information to analyze and act quickly to threats and opportunities.”

Greek Parliament Lights Up With the Colors of Ukrainian Flag