Tourism Minister Vassilis Kikilias on Saturday expressed concern on the impact the Russia-Ukraine conflict will have on Greek tourism, considering that the industry is a major nation-wide generator of income.

Speaking to Mega channel on Saturday, Kikilias said that 25 percent of Greece’s GDP comes from tourism.

“Right now we are waiting to see how much the tourist flows to Greece will be affected as we had 400,000 tourists from Ukraine and whether the increased energy rates will affect the movement of travelers,” the tourism minister said, adding that the current figures involving bookings and airline tickets for travel to Greece are encouraging as is the travel interest from major inbound markets.

“We will do everything possible to fill any gaps, if any… We are doing what we can to increase the possibilities to host people for a longer period of time, as well as welcome more ‘high-end tourists’, which would mean more foreign exchange in the country,” Kikilias stressed.

Greece is opening early to tourism this year in an aim to extend the season and keep visitors coming until December.

Moreover, Kikilias and Greek Transport Minister Kostas Karamanlis on Friday made a first assessment of the effects of the Ukrainian crisis in their areas of responsibility. 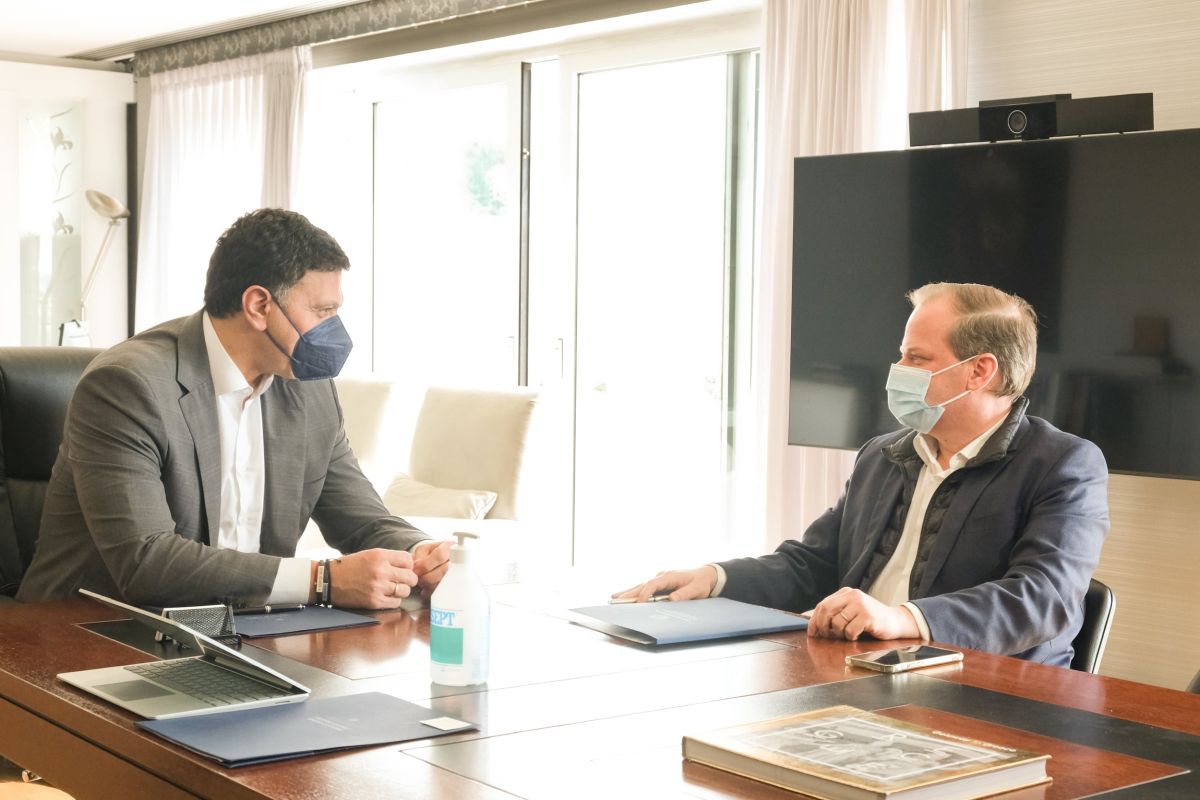 Following a meeting, Kikilias and Karamanlis highlighted that the ministries of tourism and transport are cooperating closely to fully prepare for Greece’s upcoming tourism season.

The two ministries will be in constant contact, to address any problems that may arise, considering that tourism is directly connected with air and road connections.

“Prevention is better than cure and we must be ready for the tourist season,” Karamanlis said, adding that 85 percent of the country’s visitors use air transport.

“It is very important that our airports and our entire air navigation system are ready to welcome, what we want to hope to be a record year for Greek tourism… The transport ministry and the Civil Aviation Authority must be ready to deal with any issues that arise in a summer period,” he said.

SETE: Impact will show in the coming weeks

On his part, the president of the Greek Tourism Confederation (SETE) Yiannis Retsos said the effects on Greek tourism from the Russian invasion of Ukraine will be more clear in the coming weeks.

In a Twitter post, Retsos said that right now it is too early to speak with certainty about the effects on tourism.

SETE’s president said that the developments in Ukraine are shocking and the most important thing is to stop the invasion, to protect human life and to return to peace.