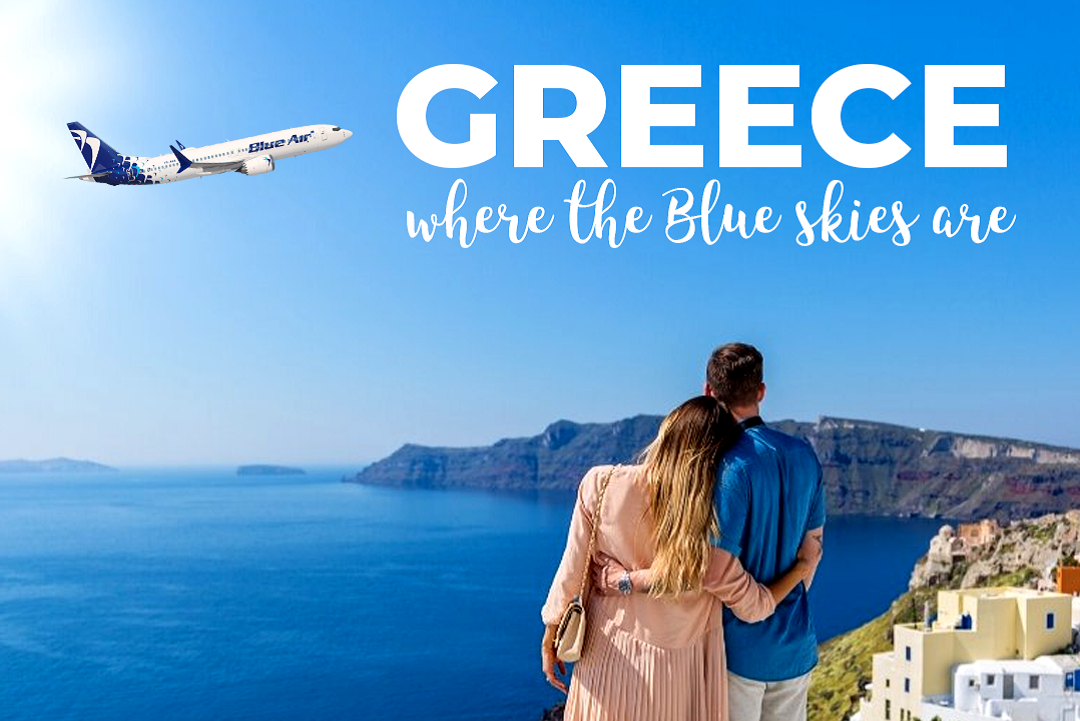 Romanian carrier Blue Air recently announced the addition of new Greek island destinations to its flight schedule for the summer of 2022. Flights to the Greek destinations will operate from three cities in Romania.

From Bucharest the carrier will fly to the islands of Santorini (new), Corfu (new), Skiathos (new), Crete (Chania/new and Heraklion), Rhodes, Zakynthos and Mykonos.

From Cluj Blue Air this summer will launch flights to Zakynthos, Heraklion and Rhodes.

The carrier will also introduce new routes from Iași to Mykonos, Zakynthos and Heraklion.

New destinations to explore, “27 routes that connect Bucharest, Cluj and Iasi with the land of legends, and thousands of reasons to discover it and rediscover it endlessly,” the airline said in a social media post.

The announced flights to Greek destinations are already available for bookings.

It is noted that Blue Air will also operate a flight between Bucharest and Athens this summer.

Blue Air is the largest Romanian airline by number of passengers transported, operating under an Ultra -Low – Cost (ULC) business model and with an approach centered on passenger needs.

The company operates Boeing 737 aircraft. In its 16 years of operation, Blue Air has carried more than 32 million passengers and flown over 340 million kilometers.