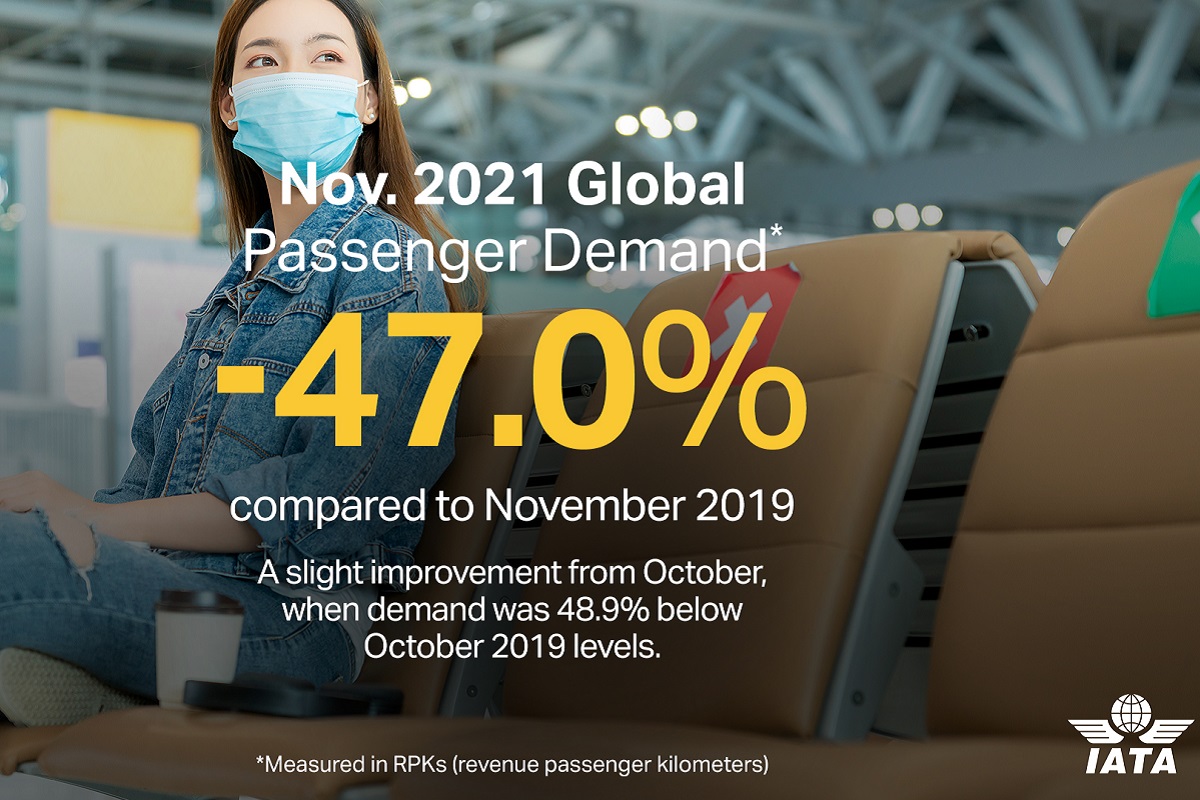 Air travel managed to recover some lost ground in November but appears to be slowing down after that due to the onset of the Omicron variant, said the International Air Transport Association (IATA) this week, adding that restrictions may impact the upcoming period.

According to IATA’s latest data, total demand for air travel in November 2021 (measured in revenue passenger-kilometers or RPKs) was down 47.0 percent compared to pre-pandemic November 2019 but up compared to October (48.9 percent).

At the same time, international passenger demand in November was 60.5 percent below November 2019 but better than October’s 64.8 percent decline. 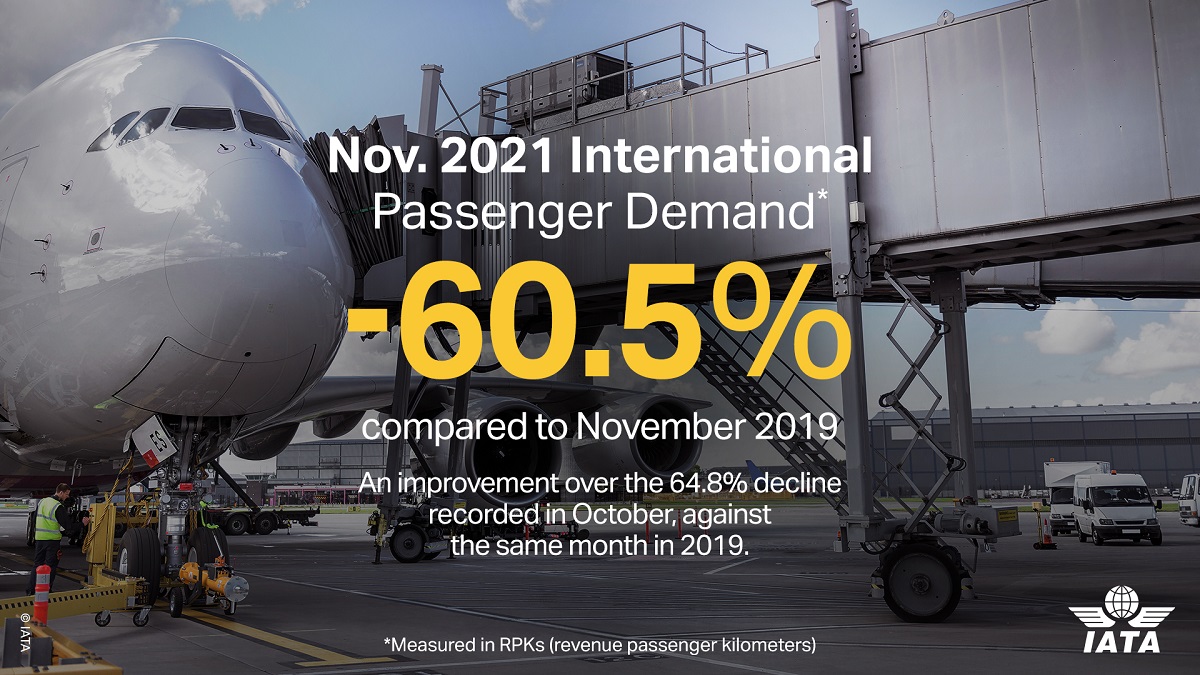 “The recovery in air traffic continued in November. Unfortunately, governments over-reacted to the emergence of the Omicron variant at the close of the month and resorted to the tried-and-failed methods of border closures, excessive testing of travelers and quarantine to slow the spread,” said IATA Director General Willie Walsh.

For European carriers, November international traffic dropped by 43.7 percent over November 2019, but improved compared to October’s 49.4 percent decrease versus the same month in 2019. Capacity dropped 36.3 percent.

IATA data also reveals a slowdown in domestic air travel in November after two consecutive monthly improvements. Domestic RPKs fell by 24.9 percent over 2019 compared to a 21.3 percent decline in October. 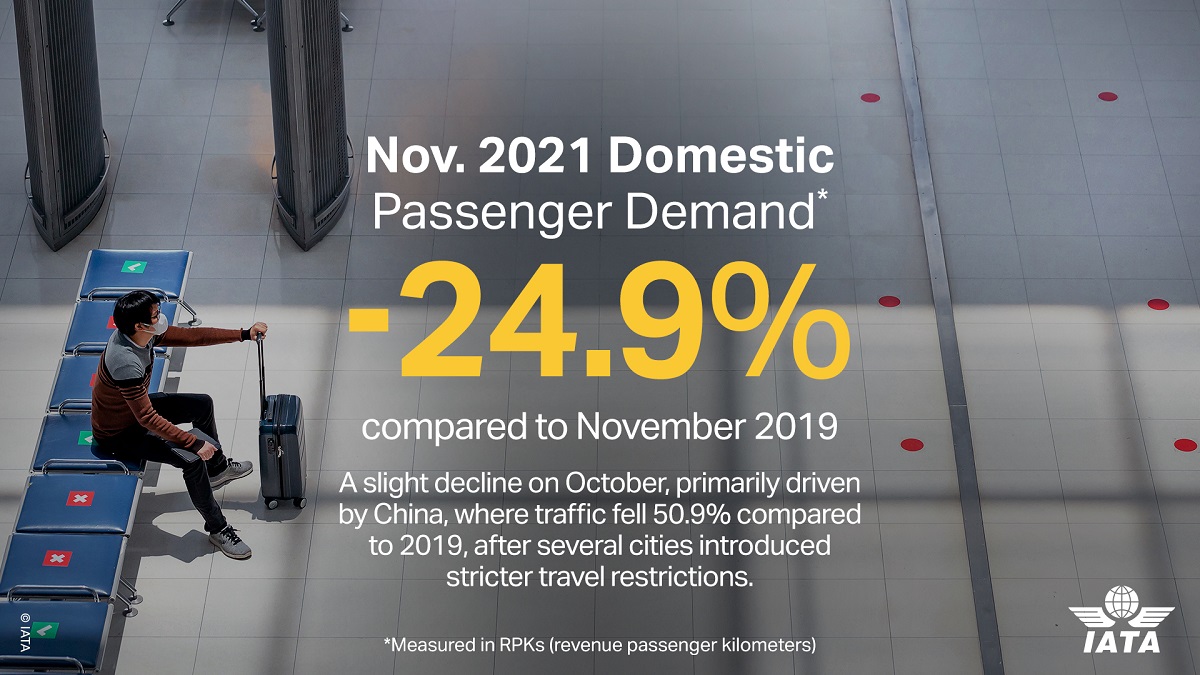 “If the experience of the last 22 months has shown anything, it is that there is little to no correlation between the introduction of travel restrictions and preventing transmission of the virus across borders. And these measures place a heavy burden on lives and livelihoods,” said Walsh.

Capacity was 7.6 percent below November 2019 (-7.9 percent for international operations). This was relatively unchanged from October. Capacity remains constrained with bottlenecks at key hubs.

TripAdvisor: 2022 is the Year of Travel Rebound