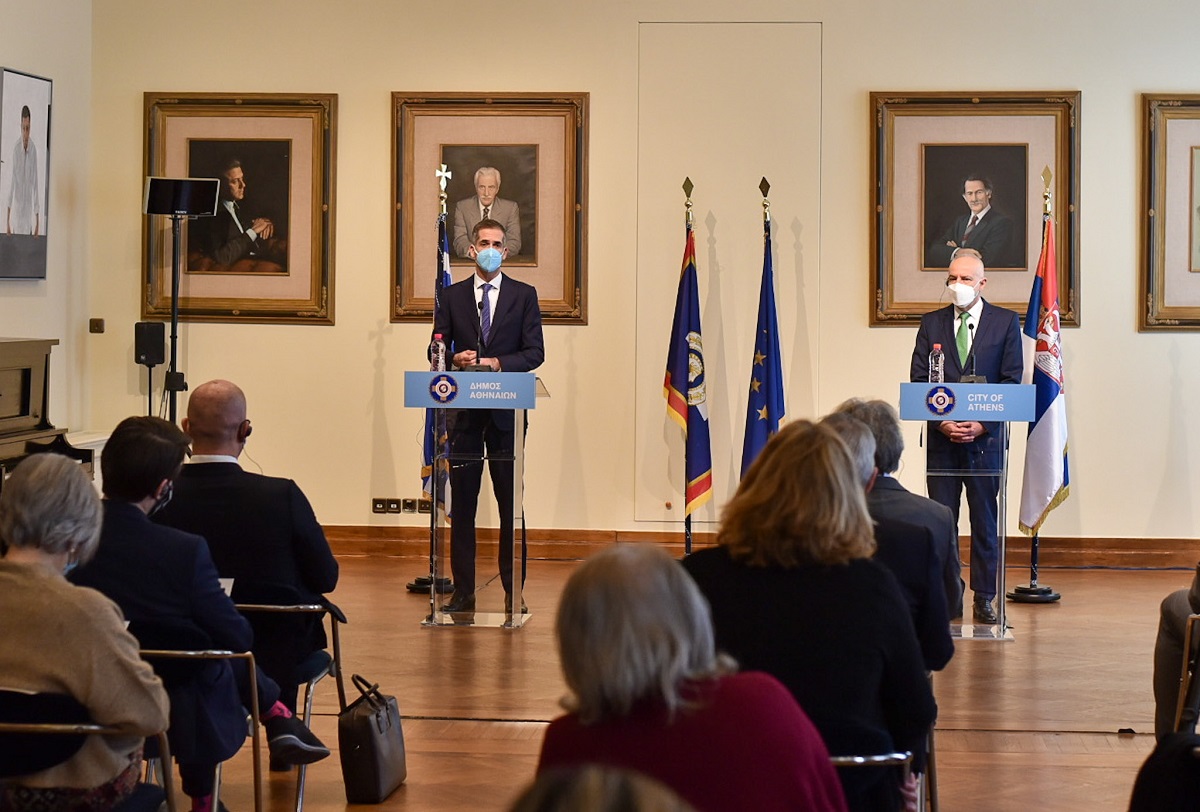 The cities of Athens and Belgrade on Monday signed a memorandum of cooperation in an aim to strengthen their ties in a number of sectors including tourism and culture.

The memorandum was signed by Athens Mayor Kostas Bakoyannis and Belgrade Mayor Zoran Radojičić during a meeting at the Athens City Hall.

“Athens and Belgrade are taking the next step in their close collaboration, in a number of critical fields including tourism, city resilience and environment protection,” the Municipality of Athens said in an announcement. 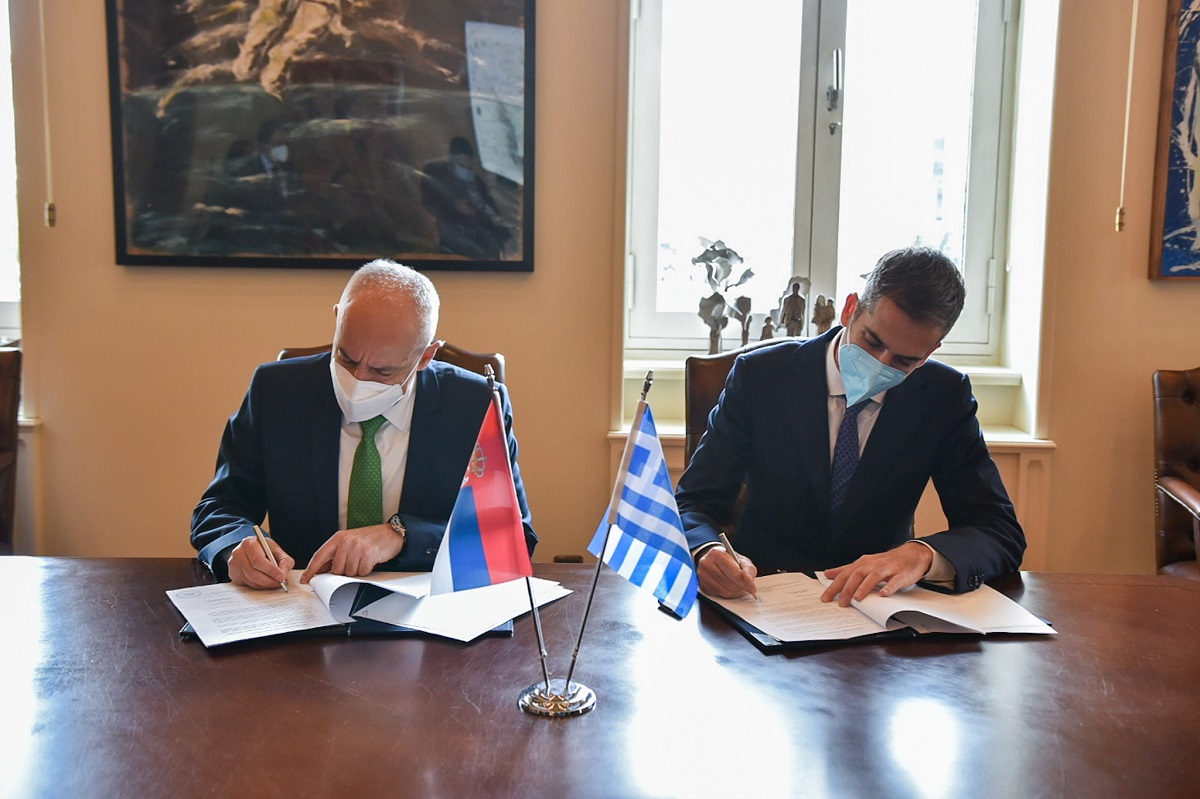 Cooperation between the two cities will focus on the following sectors:

Athens and Belgrade will look into ways to increase the flow of travelers between the two cities through the promotion of monuments and landmark sites as well as local history, tradition and culture.

In addition, they will pursue a wider cultural partnership within European and international networks. 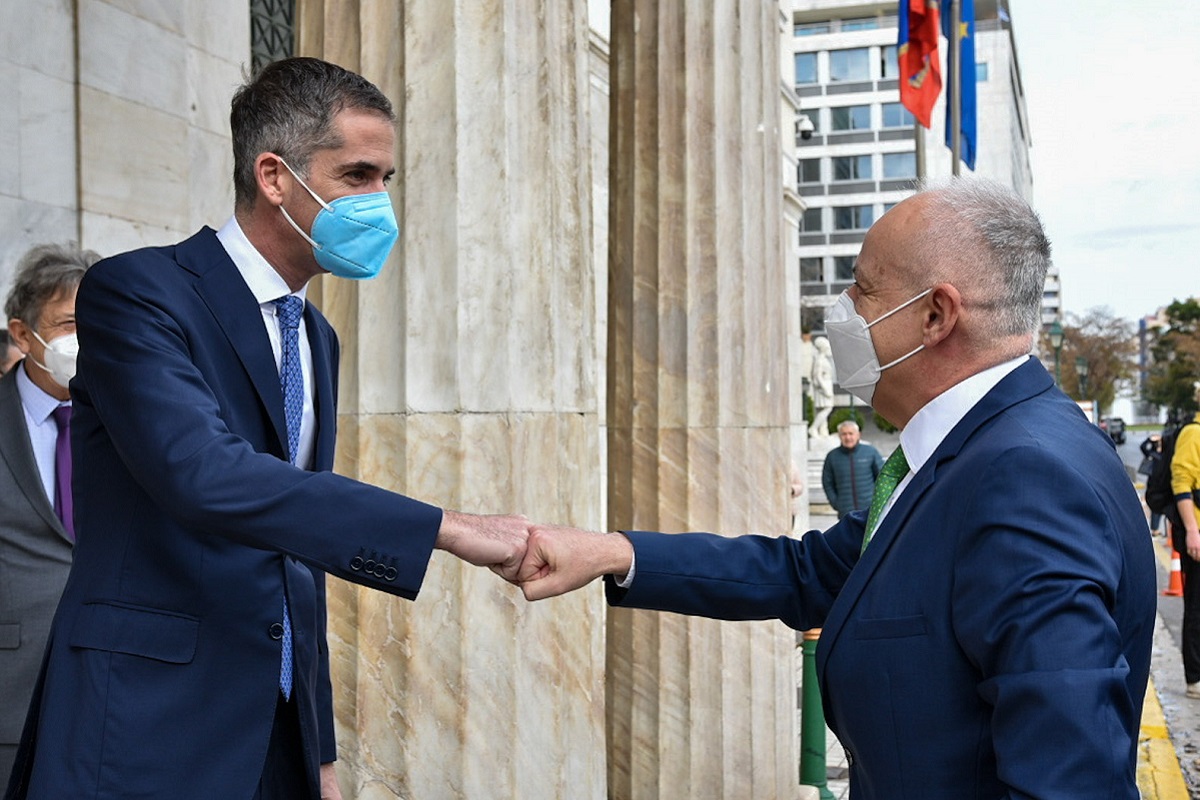 The two cities will exchange good practices and knowhow in areas related to the resilience of modern urban centers with energy efficiency, disaster prevention and emergency planning.

Emphasis will be placed on the digitization of municipal services.

The two cities will also exchange good practices and knowhow for the protection of the environment and the promotion of sustainability, waste management, recycling, circular economy and energy efficiency.

They will also collaborate in the public health sector and share best practices based on their efforts to handle the coronavirus pandemic. The aim is for the two cities to be able to protect public health in case new health challenges emerge in the future. 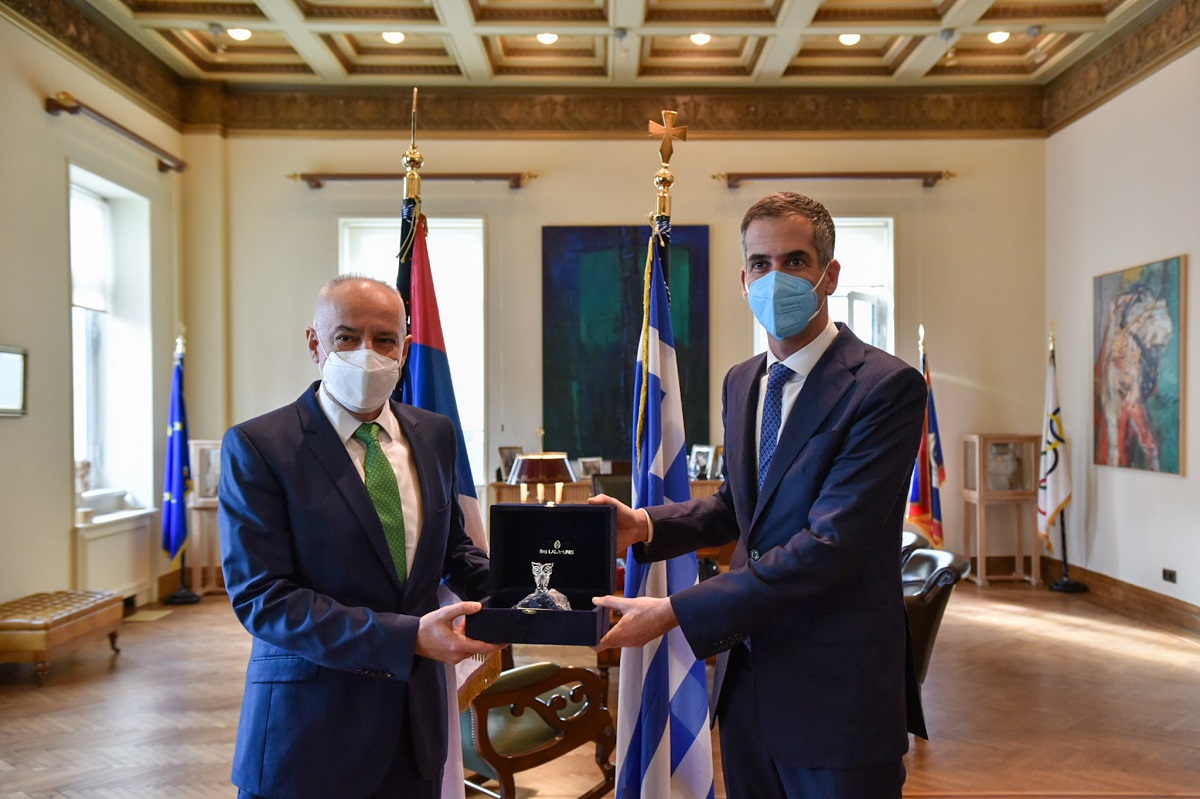 During the meeting, Athens Mayor Kostas Bakoyannis said the relations between Greece and Serbia are significantly strong.

“Their peoples share common traditions and history. They have fought many times on the right side of history for freedom, democracy and justice,” he said.

On his part, Belgrade Mayor Zoran Radojičić said Athens and Belgrade shared a common vision about the way modern cities should develop in the future.

“It is important, during these difficult times, that cities and their mayors develop good relationships and support each other… I am happy to sign this memorandum as Athens is a prime example for Belgrade and other Balkan cities,” he added.

Radojičić visited Athens prior to the formal meeting of the newly established B40 Balkan Cities Network that is scheduled to take place in Athens in 2022.