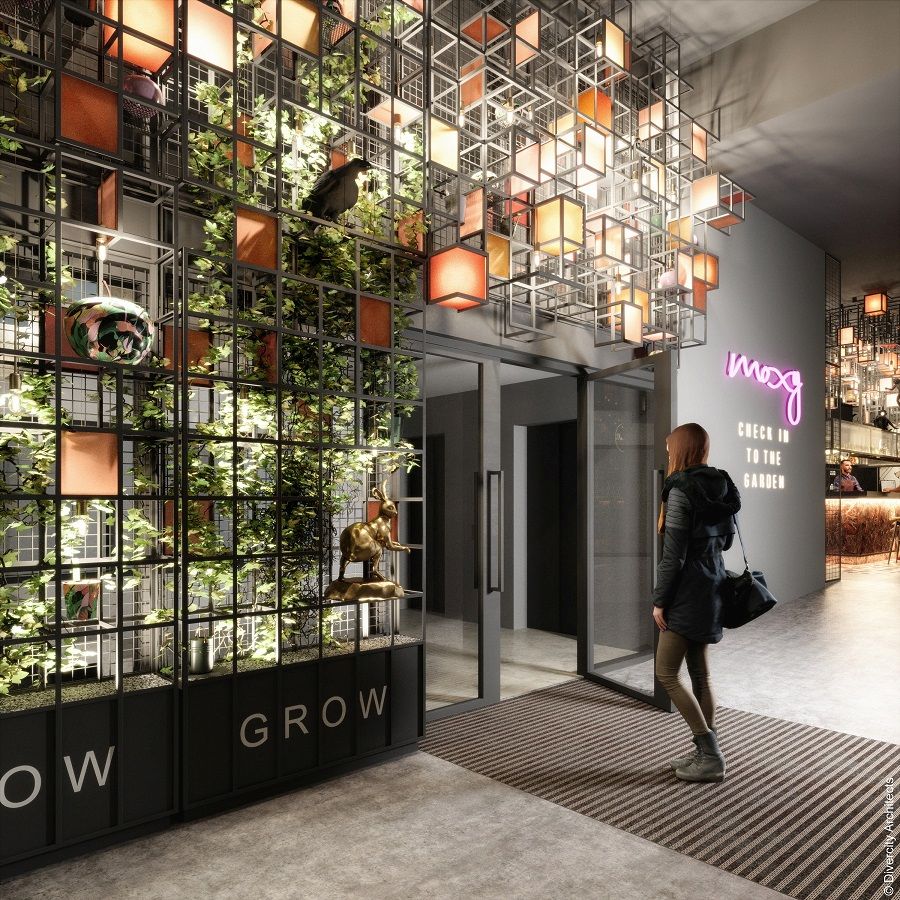 SWOT Hospitality announced the addition of five new hotels – located in popular Greek destinations – to its portfolio in 2022, taking the number of units under its management to 25.

Based in Athens and a certified partner of major international hotel brands such as Marriott International, Accor and Nikki Beach, SWOT specializes in the management and development of tourism real estate/investment projects and offers sales, marketing and consulting services to hotels.

“We want the hotels that we include in our portfolio to be on landmark destinations… to be luxurious, modern and have lifestyle concepts,” Constantinidis told journalists while introducing the company’s plans for 2022.

According to Constantinidis, SWOT will kick off the new year with the management of five new hotels in five leading Greek tourism destinations: Athens, Thessaloniki, Rhodes, Santorini and Mykonos.

“These properties will further strengthen our portfolio, which already includes hotels of internationally recognized brands” he said.

The five hotels are:

– The Magma Resort Santorini, The Unbound Collection by Hyatt on the renowned island of Santorini. Owned by the Papakaliatis family, the new hotel is expected to open in May 2022. 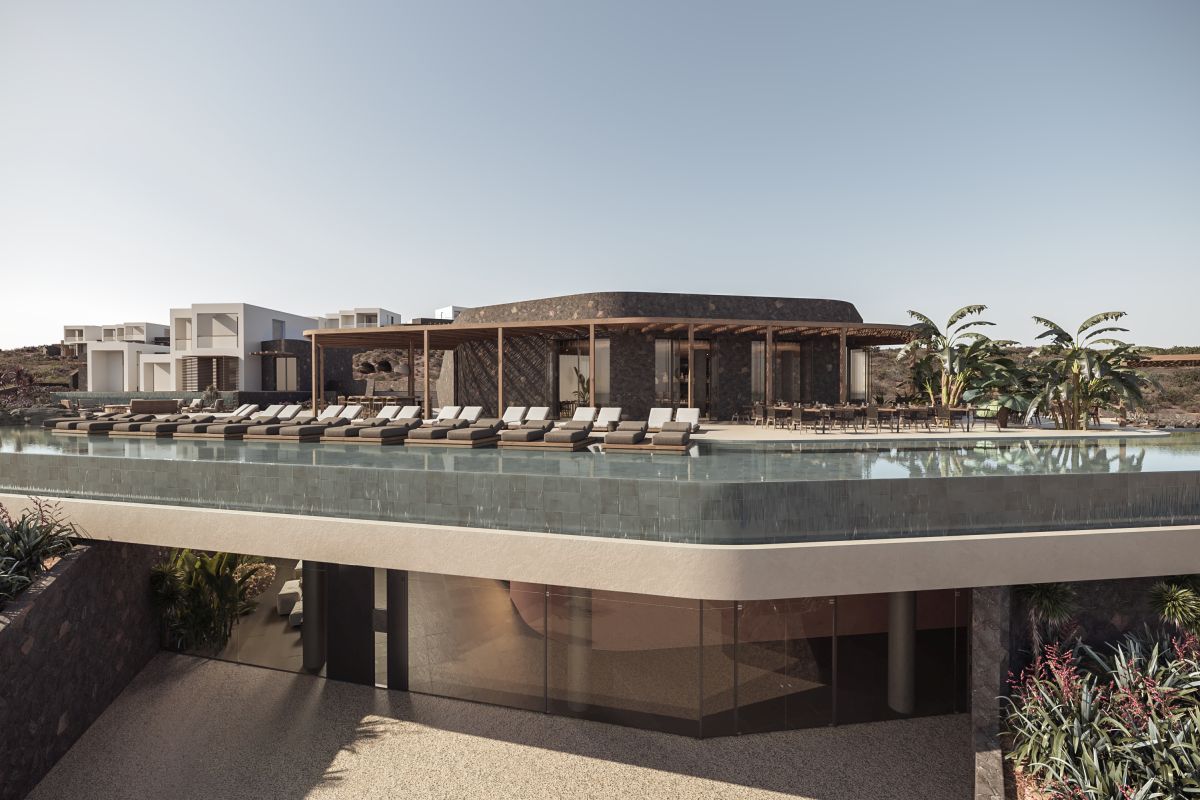 – The Moxy Athens City (Marriott International’s playful brand), in the Greek capital. Owned by of Dimand and Prodea, Greece’s second Moxy hotel will have 200 rooms and open in the heart of Athens in March 2022. 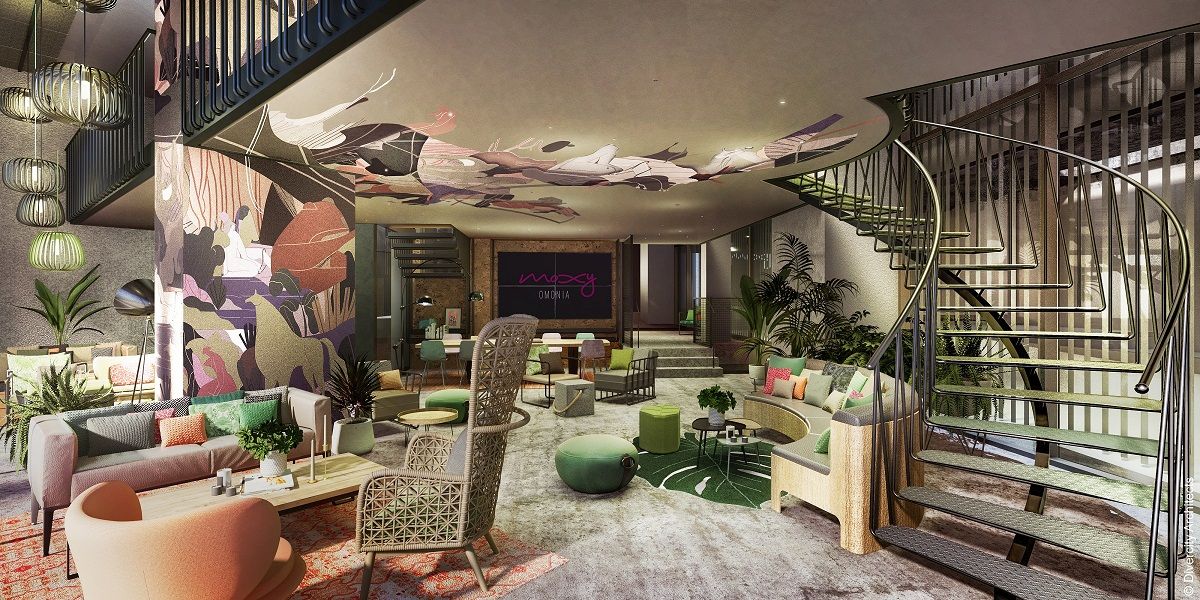 – The Monasty, Autograph Collection by Marriott International in Thessaloniki. Owned by Environmental Engineering, the new luxury hotel will open in July 2022 and be the first international branded hotel in the center of the Greek northern city. 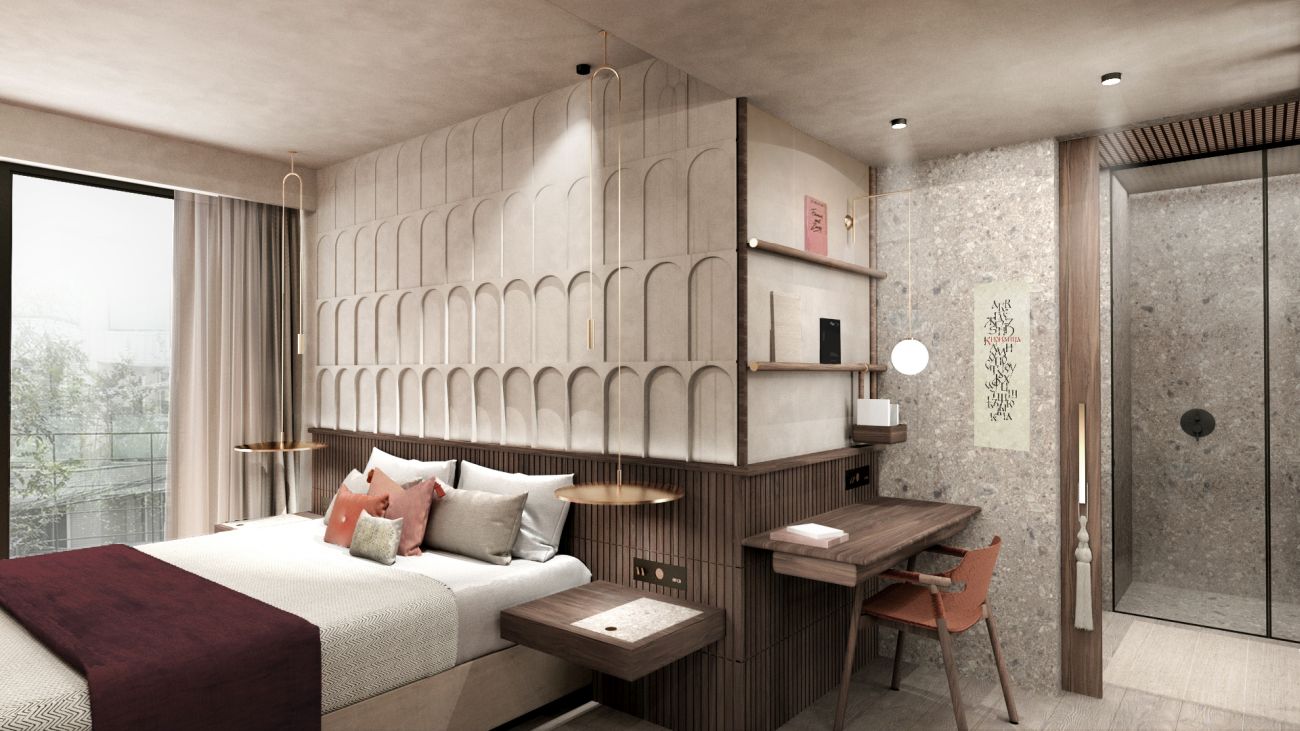 – The Yi Mykonos on the popular Greek island of Mykonos. Owned by ORA Hospitality of the Sawiris Group, the upscale hotel will debut in July 2022. 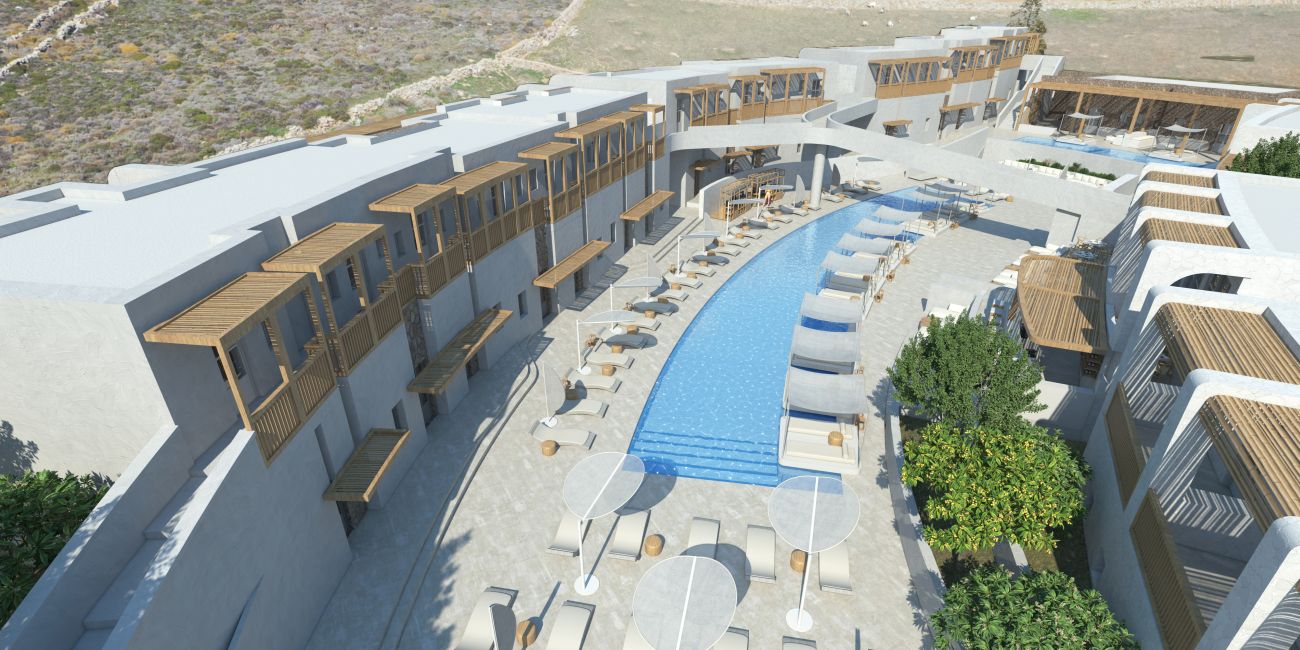 – The Lindian Village Rhodes. Owned by the Zetland Capital investment fund, the hotel will open its doors in Lindos, Rhodes, during 2022. 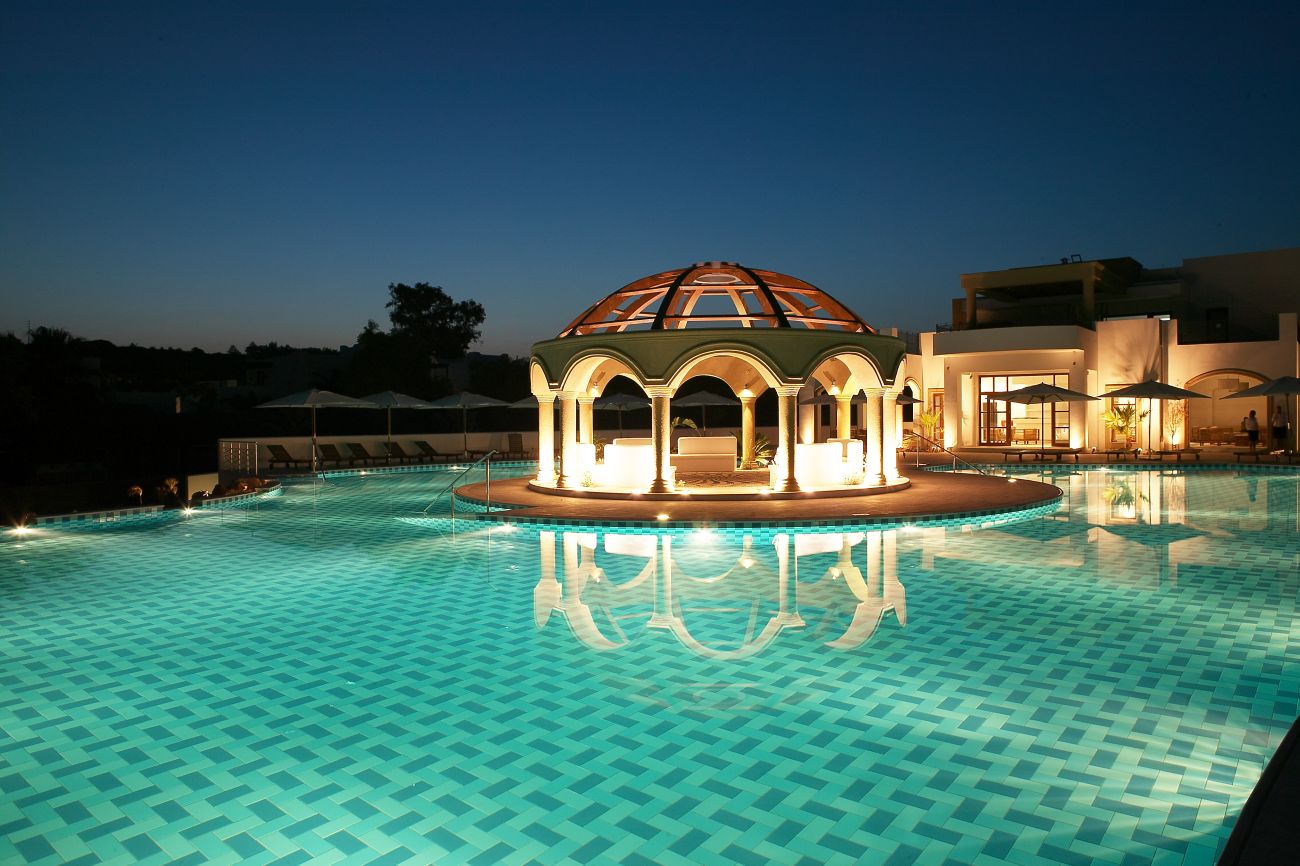 Commenting on the opening of the Moxy in the Greek capital next year, Constantinidis said the renowned brand will be a significant addition to the hospitality scene of downtown Athens.

“Opening the Moxy in Athens will also boost further strengthen our partnership with Marriott,” he said.

Constantinidis highlighted that SWOT focuses on managing branded hotels of high aesthetics and modern architecture. The company also focuses particularly on F&B concepts, in order to meet the demands of the modern traveler.

“For us, storytelling is very important… It is where the success of a hotel begins,” he said.

SWOT already has the management of the Nikki Beach hotel in Porto Heli, owned by MHV Mediterranean Hospitality Venture of Invel Real Estate, PRODEA Investments and YODA GROUP and of the Moxy Patra Marina, owned by Dimand and Prodea.

With the new openings in 2022, the company’s portfolio includes 25 hotels and some 1,000 rooms under management. The turnover of the hotels under SWOT’s management is estimated at some 50 million euros. 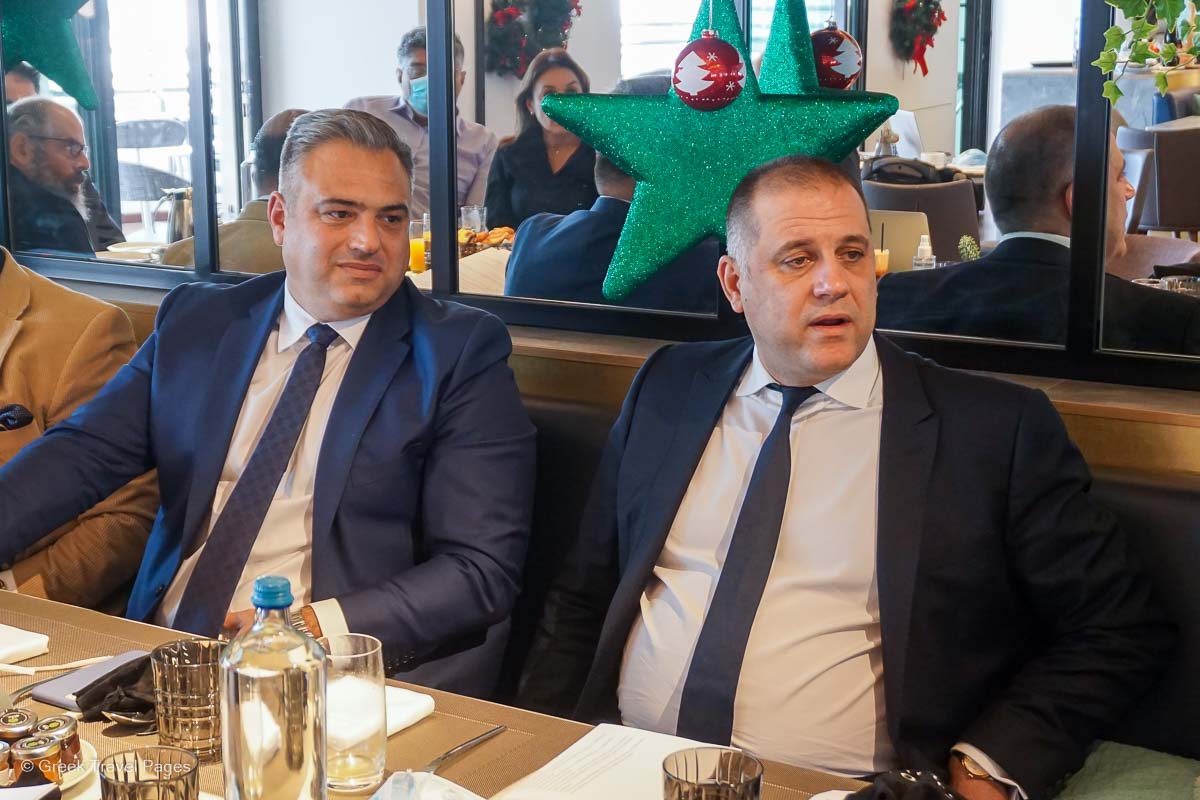 During the briefing, Constantinidis and SWOT’s president, Stelios Koutsivitis, informed journalists on the company’s further development plans for 2022 that also include the launch of a Hotel Management platform with international brands (following the trend in the Unites States and Western Europe), the leasing of branded hotels and concluding synergies for the management of global hotel brands or offering white label operator services with international and local investors, real estate developers and private equity funds investing in tourism.

The company will also seek to participate in tourism investments as a minority shareholder within the next three years.

With regard to expanding outside Greece, Koutsivitis said SWOT was focused particularly on the neighboring markets of the Balkans and Southeastern Europe in general “where there is a gap in terms of management of branded hotels”.

SWOT was founded in 2013 by George C. Konstantinidis, CEO of REDS (Real Estate Development and Services) of ELLAKTOR group. SWOT’s team also includes Nikos N. Konstantinidis as a managing partner and one of the main shareholders of the company.