All the more international film productions are selecting Greek destinations as filming locations mainly due to the country’s unique landscapes and the financial incentives offered by the Greek state.

According to a study released recently by Athens-based research and policy institute diaNEOsis, Greece now has the opportunity to attract more foreign film and TV productions and improve the skills and prospects of local professionals.

One of the main findings of the study is that the international filming industry is positively responding to the financial incentives introduced by the Greek government including the cash rebate scheme that covers 40 percent of the eligible expenses that incur in Greece for all beneficiaries.

Since the beginning of 2021, Greece has attracted 10 major film and TV productions budgeted at 8-20 million euros each.

These include the movie “Rise” that focuses on the life of Greek basketball star Giannis Antetokounmpo and was shot in Athens; the sequel of “Knives out” with Daniel Craig that was filmed in Porto Heli; and the “Crimes of the Future” by David Cronenberg with Viggo Mortensen that was filmed in Attica and Fthiotida. 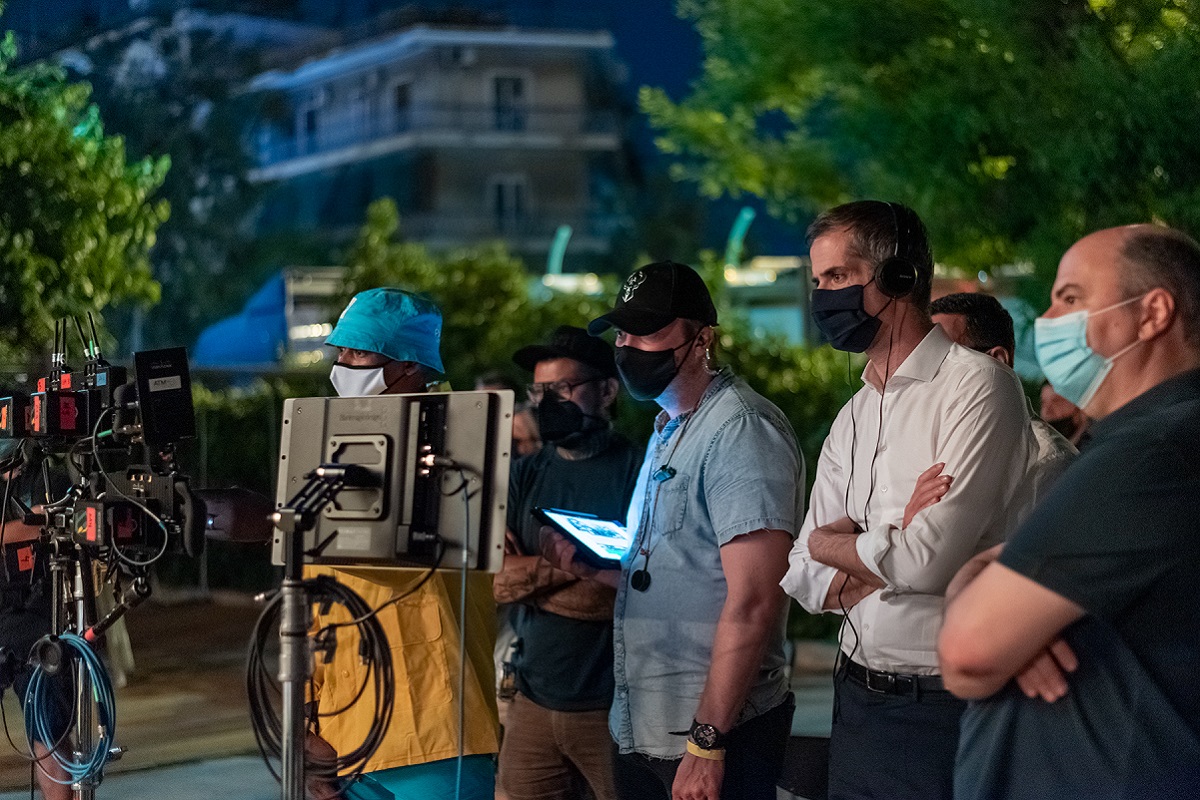 A foreign crew and Athens Mayor Kostas Bakoyannis during the filming of “Rise” in Athens. Photo source: Athens Municipality

Film tourism an opportunity for Greece

According to the diaNEOsis study, the filming industry offers significant growth opportunities to the Greek audiovisual sector, which in 2018 contributed to the Greek economy with only 433 million euros (0.26 percent of the annual GDP).

For example, in 2008, following the launch of the  “Mamma Mia” musical that was filmed on Skopelos, Skiathos and Mt Pelion, tourism arrivals in the region increased by 5 percent compared to the previous year.

Moreover, during the last four years, Greece’s cash rebate scheme has funded a total of 176 productions – 94 domestic; 82 cross-border and foreign – with a total budget of 252 million euros.

The challenges for Greece

Although Greece has attracted significant foreign cinema and TV productions during the last few years, its domestic audiovisual industry is confronted with major challenges.

– although entrepreneurs respond positively to Greece’s financial incentives, the lack of specialized staff does not allow the country to effectively meet the increasing demand from local and foreign productions

– the shortage of specialized staff highlights the need for Greece to develop a new reliable educational and training system for professionals of all levels.

The diaNEOsis study was conducted by the organization’s senior editor, Ilias Nikolaidis.

DER Touristik to Promote Travel to Greece in Autumn, Winter of 2022