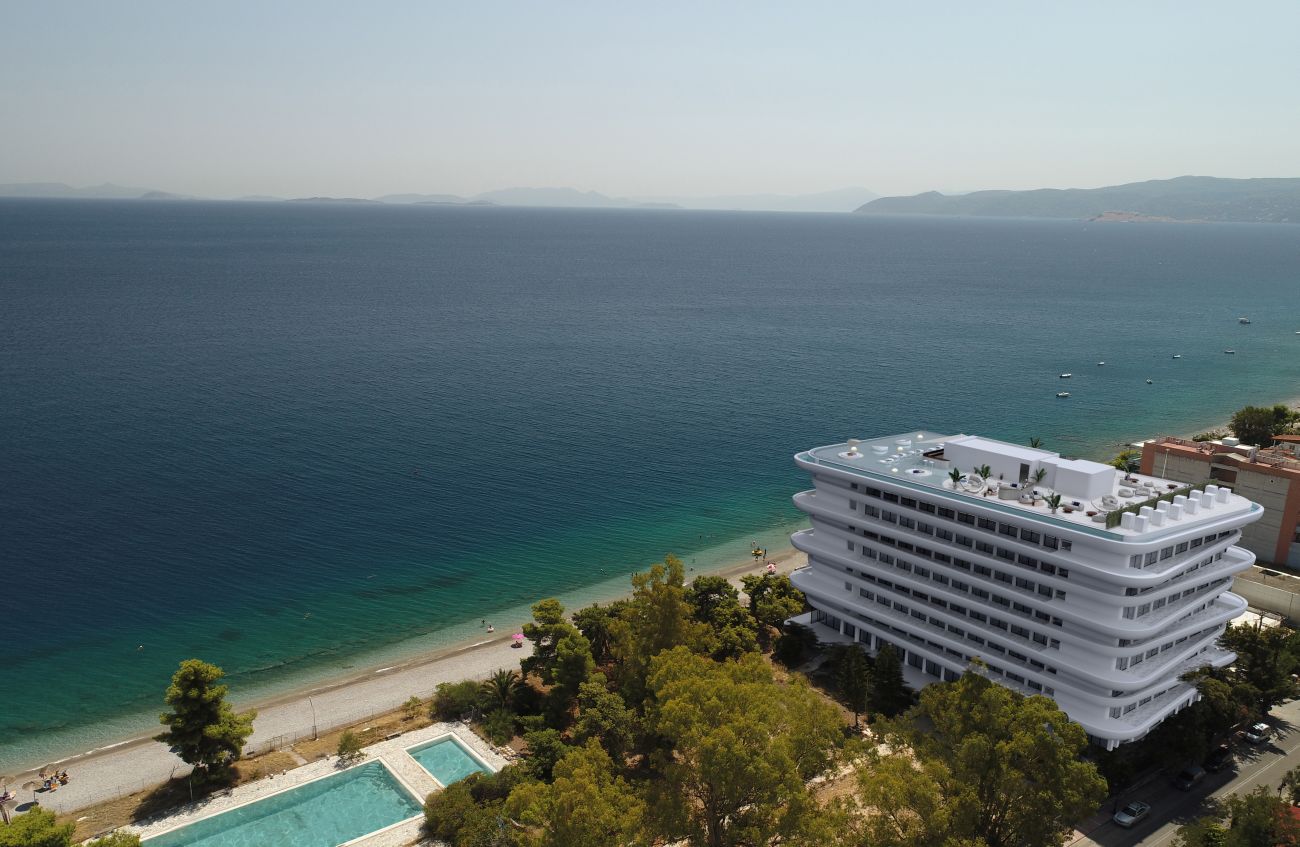 Brown Hotels, an international design hotel collection, will carry out a big part of its expansion plan in the Greek market next year with the opening of around 10 hotels.

“Next year we will open a number of new hotels in destination all around Greece, including Crete, Corfu, Evia (Halkida and Eretria) and Athens,” Avigad told GTP Headlines, underlining that next year the chain will also open the doors of its “biggest and poshest” hotel: the five-star deluxe Brown Beach Corinthia in Agioi Theodoroi, Corinthos. 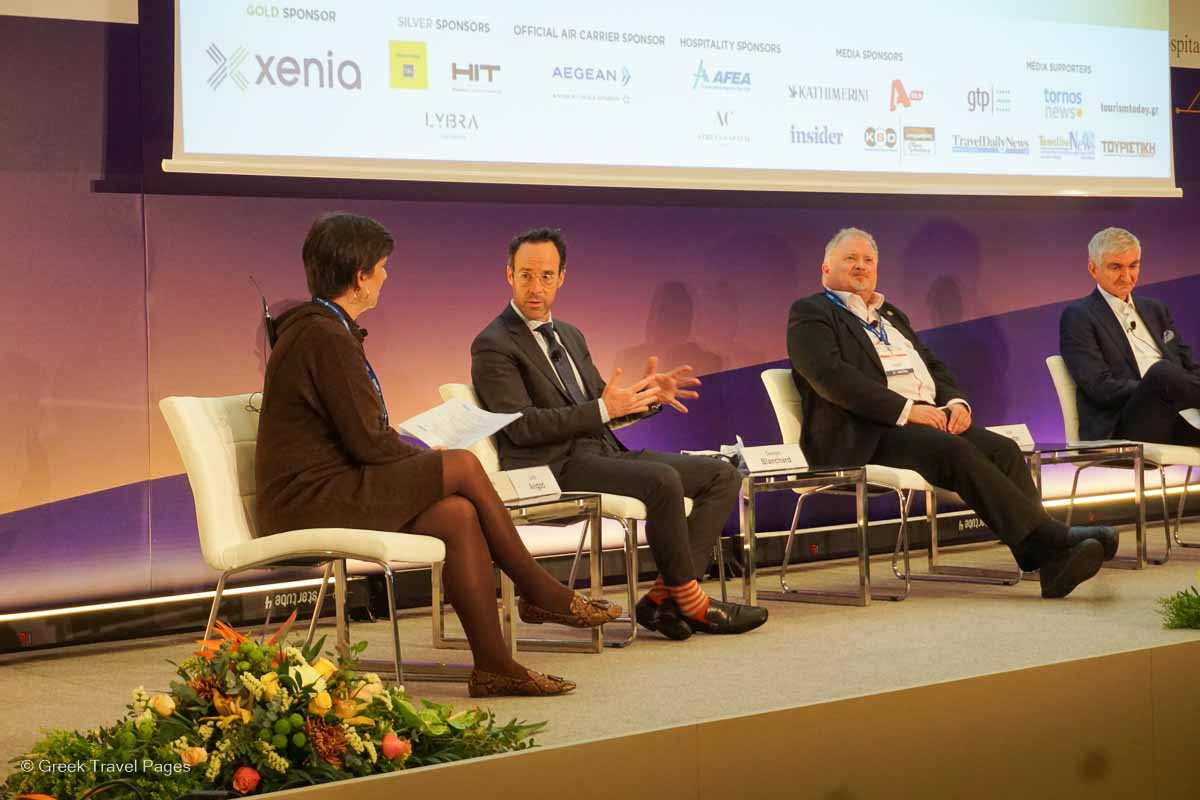 Brown Hotels founder, Leon Avigad, speaking during the recent 5th International Hospitality Forum by the Hellenic Chamber of Hotels and PhocusWright in Athens.

Expected to open by April for the beginning of the summer season, the hotel will be developed in stages and include 166 design rooms and 110 bungalows (opening 2022), curated by the award-winning team of Elastic Architects. Plans for the Brown Beach Corinthia also include a number of pools and restaurants.

“But the Brown Beach Corinthia will not only be a hotel, but a village with a very attractive theme for the whole family,” he said, explaining that after the hotel’s opening, works will continue around the property for the creation of a four-star hotel, two three-star hotels, a glamping site, a kids park, a sports center, an events/conference center and a spa.

“The quality and the level of the project will be impeccable… So Agioi Theodoroi will be a strong peninsula, a strong international destination,” Avigad said. 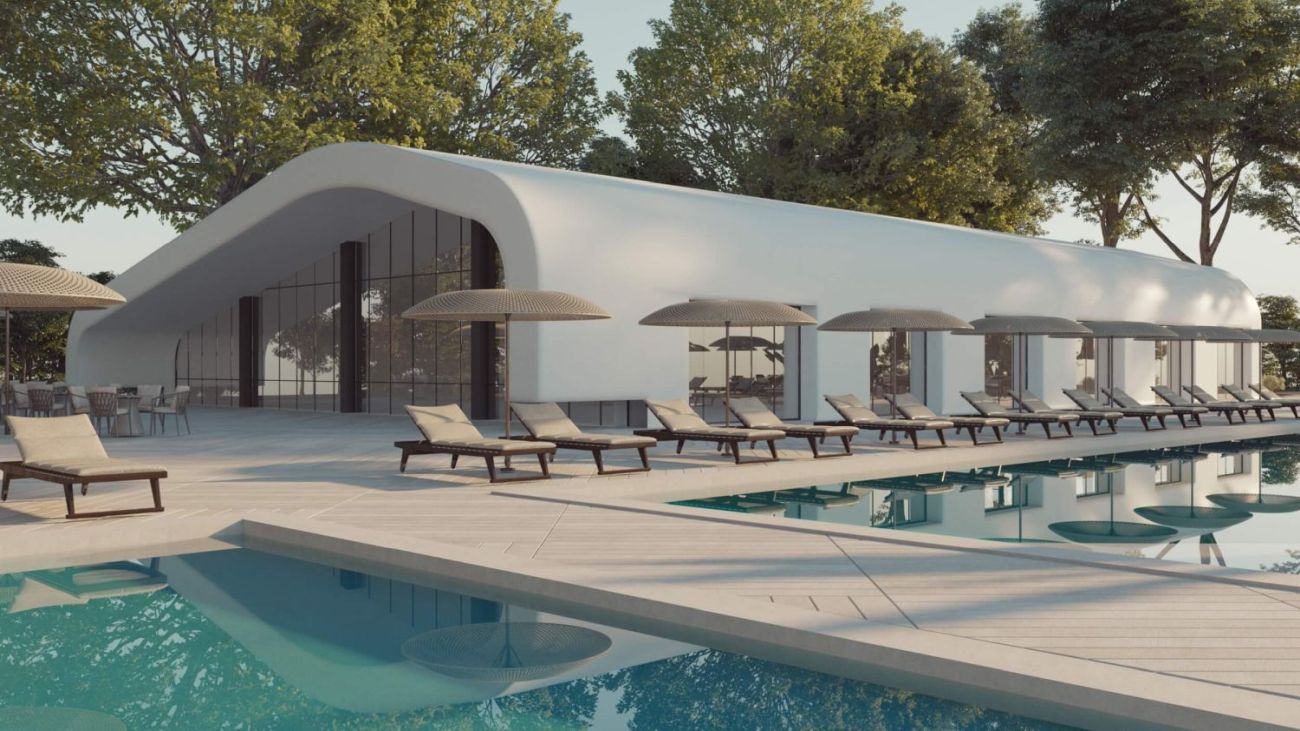 “These resorts will include private helipads, private individual pools for the suites and various F&B venues,” he added.

Two Brown Hotels to open in Thessaloniki by 2023 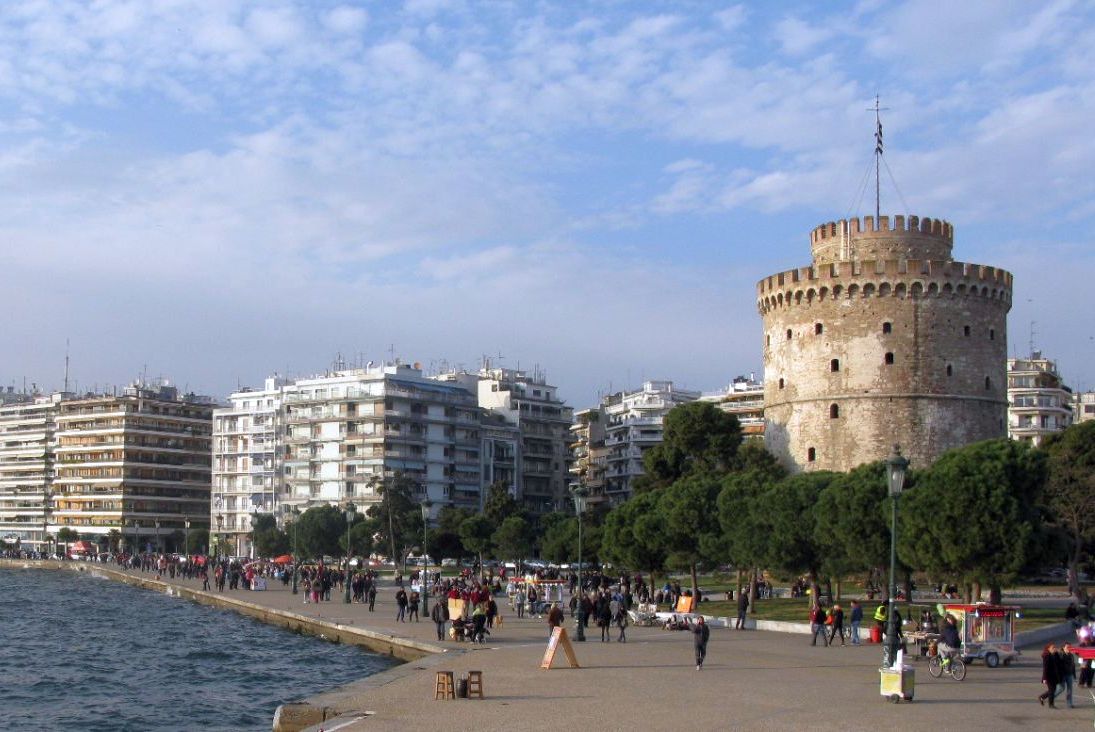 “We are now in various stages of construction for both hotels… The former Vienna Hotel will get a complete revamp, respective of the building’s heritage and will feature 74 rooms,” Avigad said.

On the other hand, the Lighthouse Thessaloniki will be a mixture of rooms and residential accommodation, featuring almost 200 rooms and apartments.

“It will be a beautiful addition to our Lighthouse brand and operate under the ‘work hard, play harder’ theme with at least four different F&B venues, a nightclub, a rooftop, a restaurant and a lobby bar,” he said.

Brown Hotels’ expansion plans also include the opening of more hotels in the Greek capital, adding to the five already operating in the city center, near Omonia Square.

Not hiding the fact that he has a soft spot for Omonia, Avigad said Brown Hotels plans to open seven more units in the area. 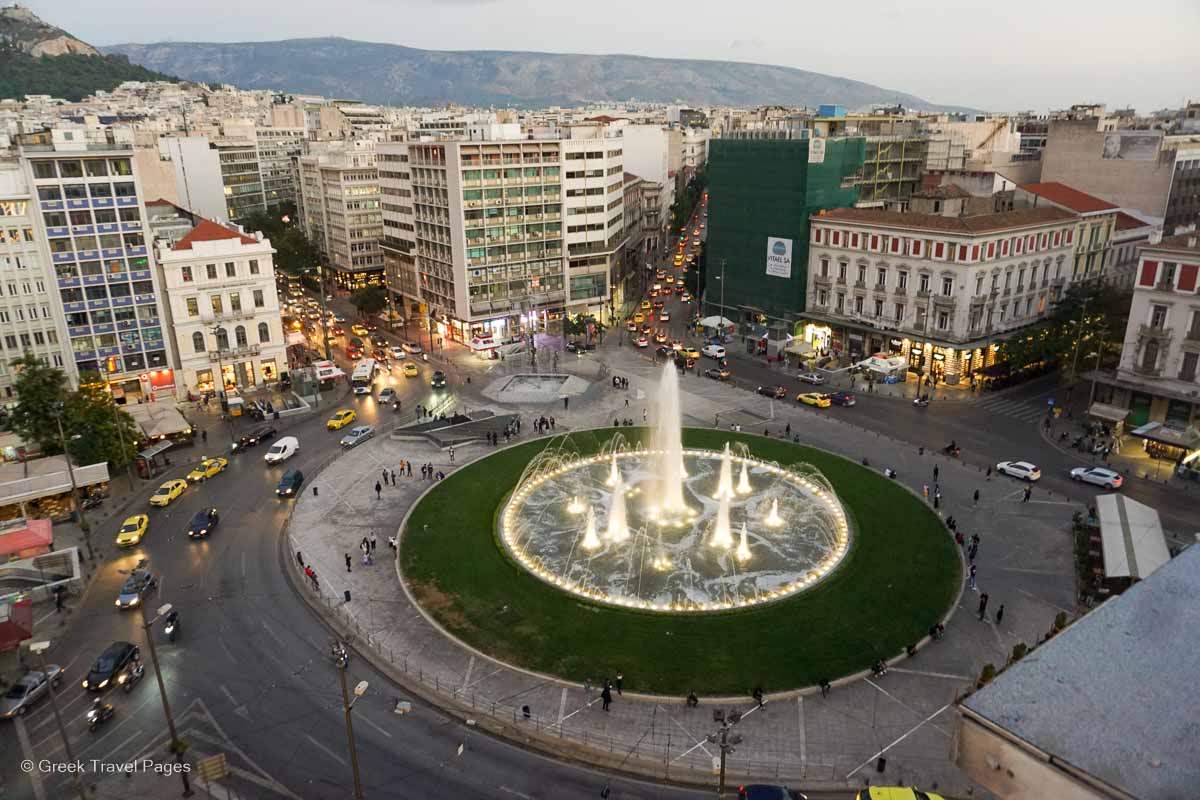 “We will feature 12 hotels around Omonia only… I think that in a year or two the square’s area will look totally different, feel different, the nightlife will be different… It will turn into a lifestyle destination, especially for everything cool, creative and fun,” he said.

The chain’s hotels to open in the center will include Brown Spices (Evripidou street), Domino House (Themistokleous Street) and Sans Rival (Liossion Street).

Avigad underlined that he is not trying to change Omonia, an area that already has its own character, its own identity.

“Omonia should not change… It shouldn’t be preppy or snobbish… Each and every part of Athens has its own charm and Omonia has a beautiful charm that just needs to be a little ‘fine tuned’,” he said.

All in all the total number of the chain’s hotels in Athens, which will also feature units in Plaka, Koukaki and Exarcheia, are expected to add up to 17 by 2023. 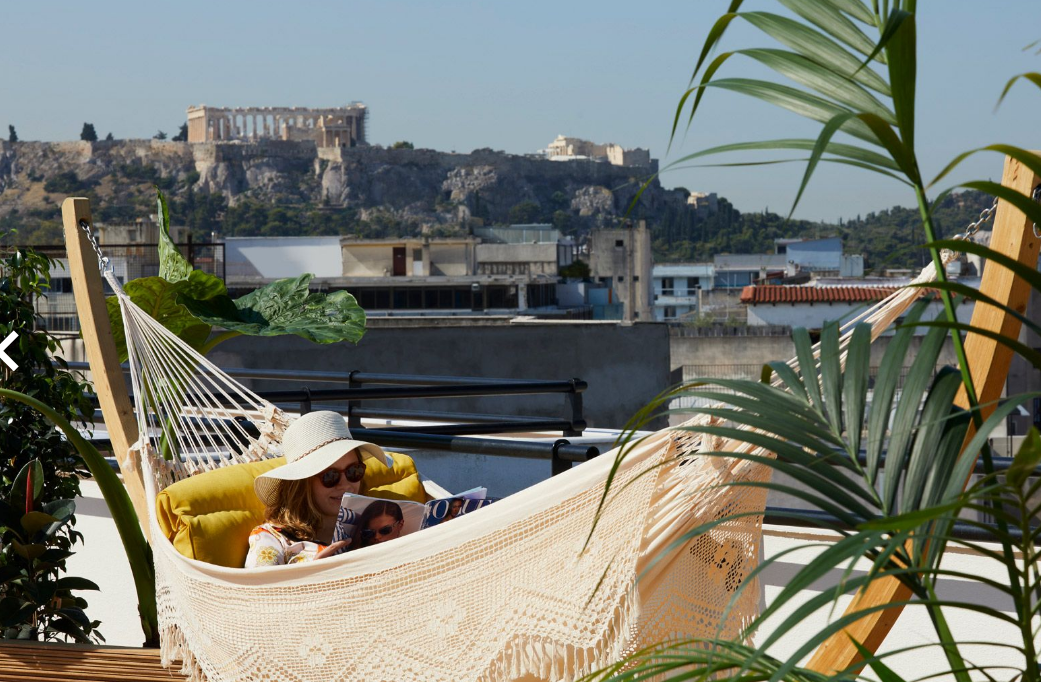 It is reminded that Brown Hotels’ portfolio in Athens includes the four units of the “Hotels of Athens” group, namely the Museum in Exarchia; My Athens in Kerameikos; Kubic Athens Smart near Omonia and Pythagorion also near Omonia.

“Athens for us is a serious growth engine,” Avigad said, adding that he sees the Greek city becoming the next Berlin.

“I totally believe in this. Athens has the creative vibe, the historic feel, the shopping outlets, the culinary level… I am positive that Athens will eventually stop being a stopover on the way to the islands and will start being an urban staycation destination,” he said.

Moreover, aiming to bring back the old nightlife Athens once had, Avigad revealed plans to open a multi-purpose venue in cooperation with the Six D.o.g.s hospitality group.

Located on the Kotopouli walkway (situated near the chain’s The DAVE and Lighthouse hotels), the venue will open where a cinema once operated and host cultural events and concerts.

“This area will become amazing, one of Athens’ hotspots” Avigad said.