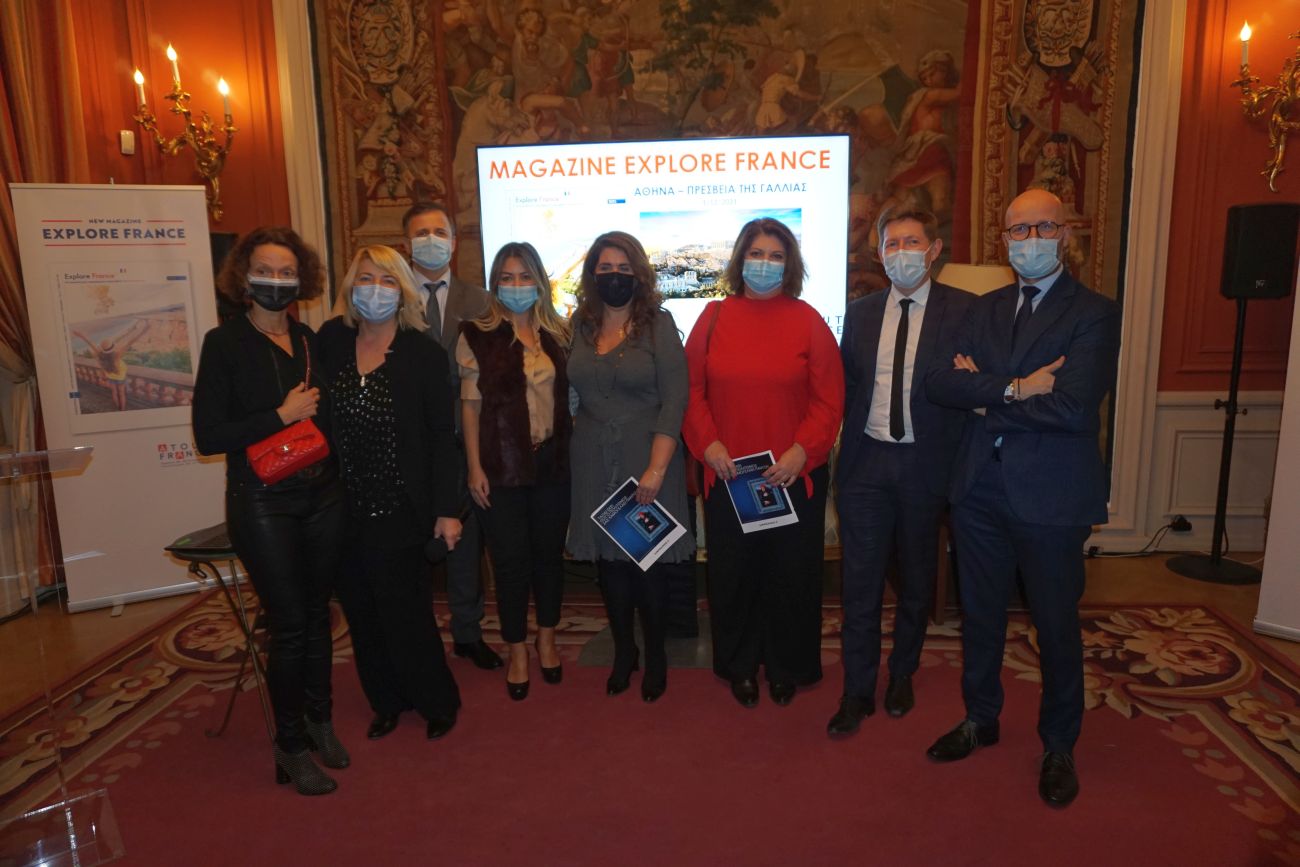 French tourist bureau Atout France has focused on sustainable, green and slow tourism in its new Greek edition of ‘Explore France’, its official travel magazine for holiday inspirations and tips on activities to experience in the French regions.

Presenting the Greek edition of the magazine to journalists in Athens, the director of Atout France, Frédéric Meyer, underlined that France has only safety in mind when welcoming visitors.

“France is a nearby destination, easy to reach by car, train, plane, an open and safe destination, ready to welcome tourists with maximum safety in mind,” he said during a press conference held at the French Embassy in Athens. 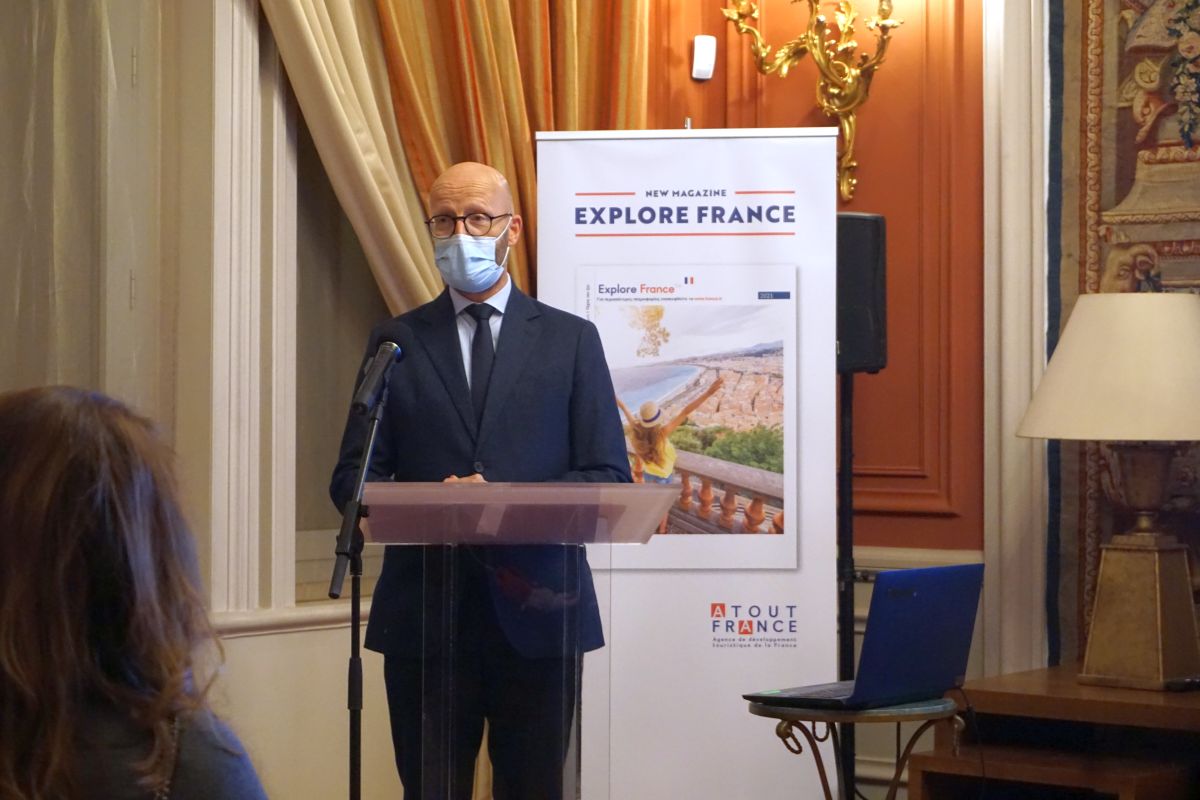 According to the bureau, the 2021 edition of ‘Explore France’ is a “fil vert” in perfect harmony with the new French tourism campaign “What really matters”, in the name of authenticity, sustainability, art of living through slow tourism that respects the nature and the environment.

With this “fil vert”, Explore France accompanies travelers to discover hiking trails, horse riding paths, bike paths (369 routes of Grande Randonnée); famous itineraries such as the Camino de Santiago, the Via Francigena, the paths of Mont Saint Michel; and the secret gardens of the Loire Valley, around the castles, such as the Garden of the Château de Chaumont, the setting for a famous Garden Festival. 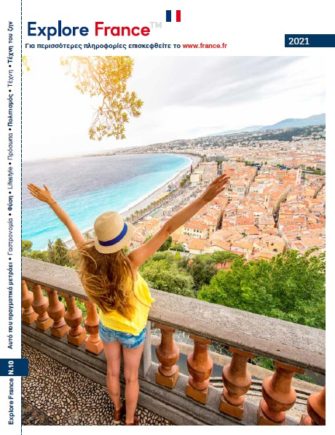 The main theme of the magazine is the cover story, which this year is the story of the famous photographer, journalist, documentarist and environmentalist Yann Arthus-Bertrand, who directed the project “Earth seen from the sky” and with his latest film, “Legacy”, points out what we are leaving behind to the next generation and what can be done to save the Earth. 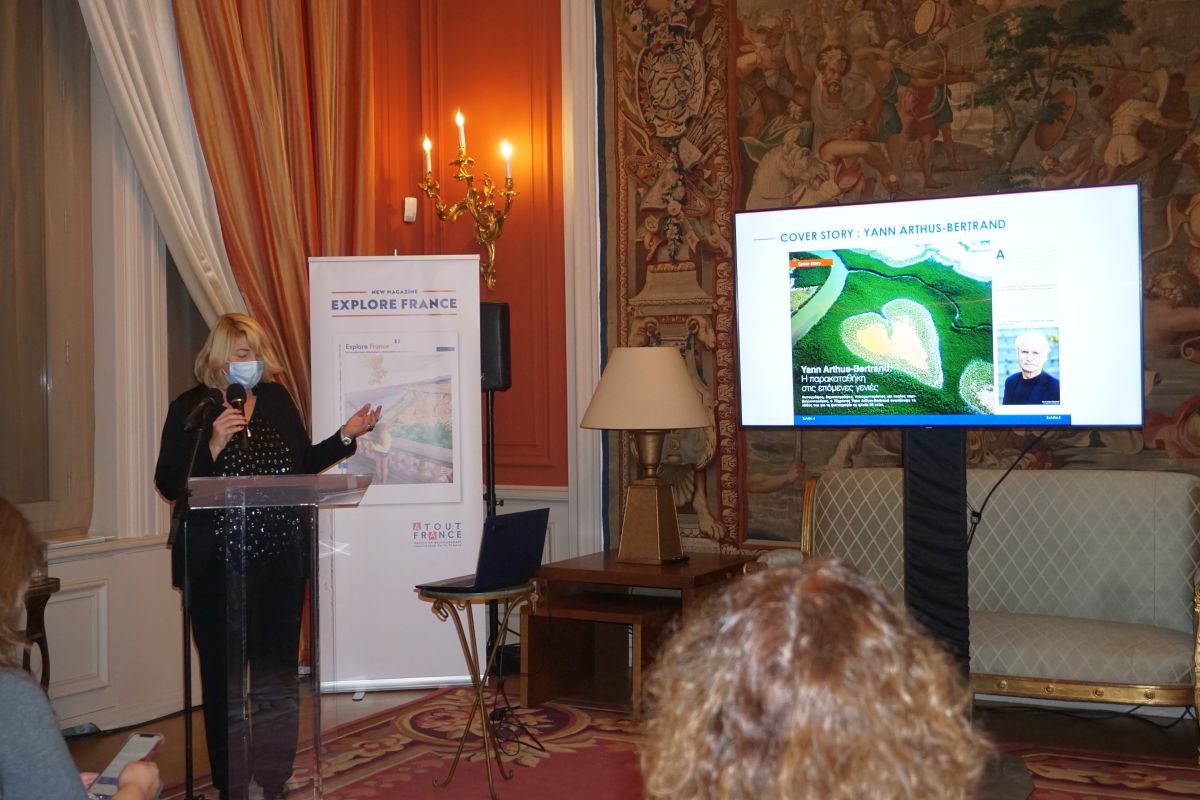 Explore France also lists new trends, such as the Forest Therapy and yoga in nature, and shines the spotlight on the country’s gastronomy that is aiming to be even more sustainable and was awarded by the new Michelin “green star”.

Moreover, the magazine lists the five greenest cities in France, in addition to Paris, which are: Angers, Nantes, Metz, Amiens and Lyon.

There are also many suggestions for slow holidays, from Rennes to Nantes, from the Loire Valley to Alsace, Burgundy, Corsica and all of Southern France.

The Explore France magazine can be found at the French Embassy and Institut Français and on the website https://gr.ambafrance.org/

Cyprus Airways to Resume Flights to Athens on December 15