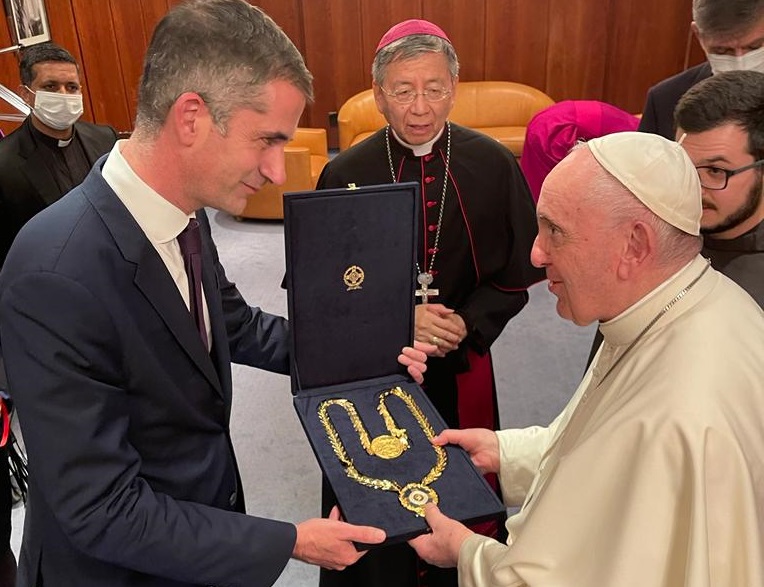 Athens Mayor Kostas Bakoyannis on Sunday awarded Pope Francis with the Gold Medal of Honor – the highest distinction of the Greek capital – in recognition of his efforts, sensitivity and social contribution.

The Pope arrived in Athens on Saturday and received the medal during a ceremony that took place at the Athens Concert Hall after the Divine Liturgy.

According to an announcement by the City of Athens, Pope Francis accepted the medal as an exception to the rules, “recognizing the timeless significance of the Greek capital”.

A few hours earlier, the Pope had described Athens as “a gift, a legacy of humanity on which the foundations of the West were built”. 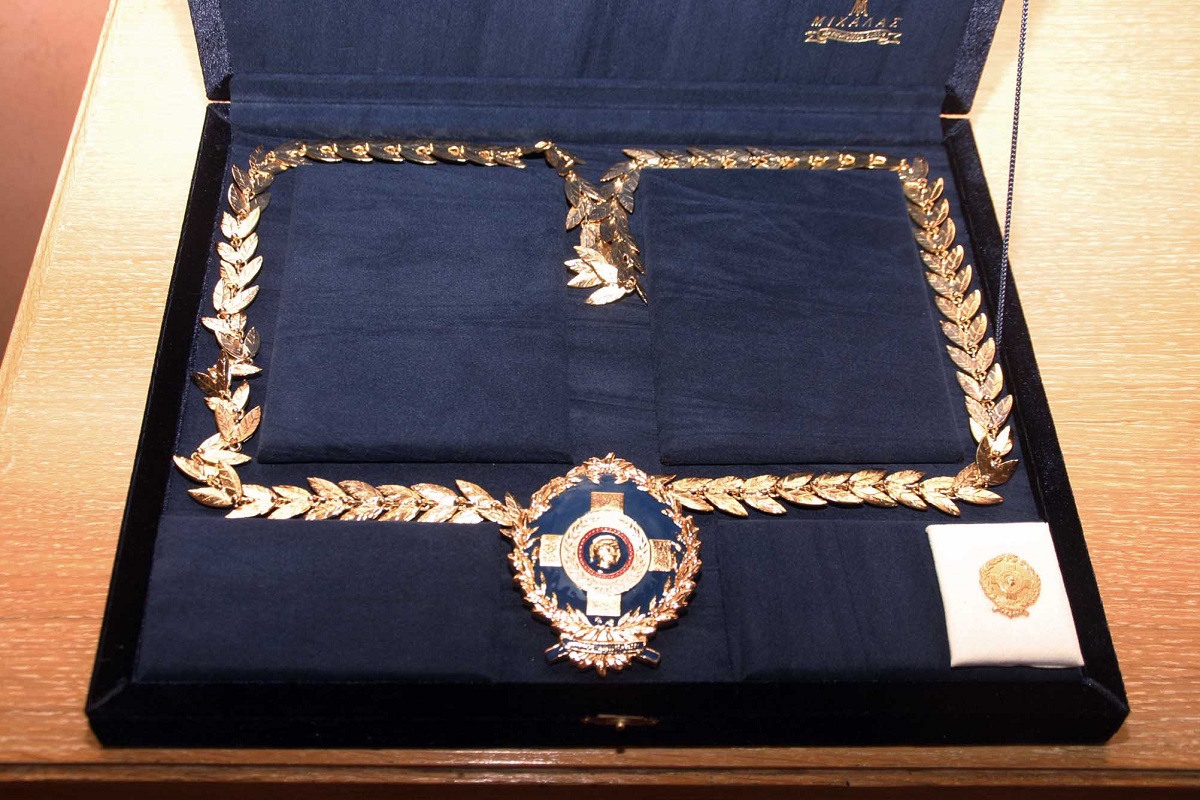 During the event, Bakoyannis thanked Pope Francis for always putting people at the center with his words and actions.

“The presence of Pope Francis is a great honor for Athens. His deep sensitivity, compassion, spiritual radiance and multi-sided work are known throughout the world,” he said.

The mayor also referred to the Pope’s contribution to the dialogue of the Christian world and his efforts to ensure that Hagia Sophia remains a symbol of religious worship and a world heritage monument.