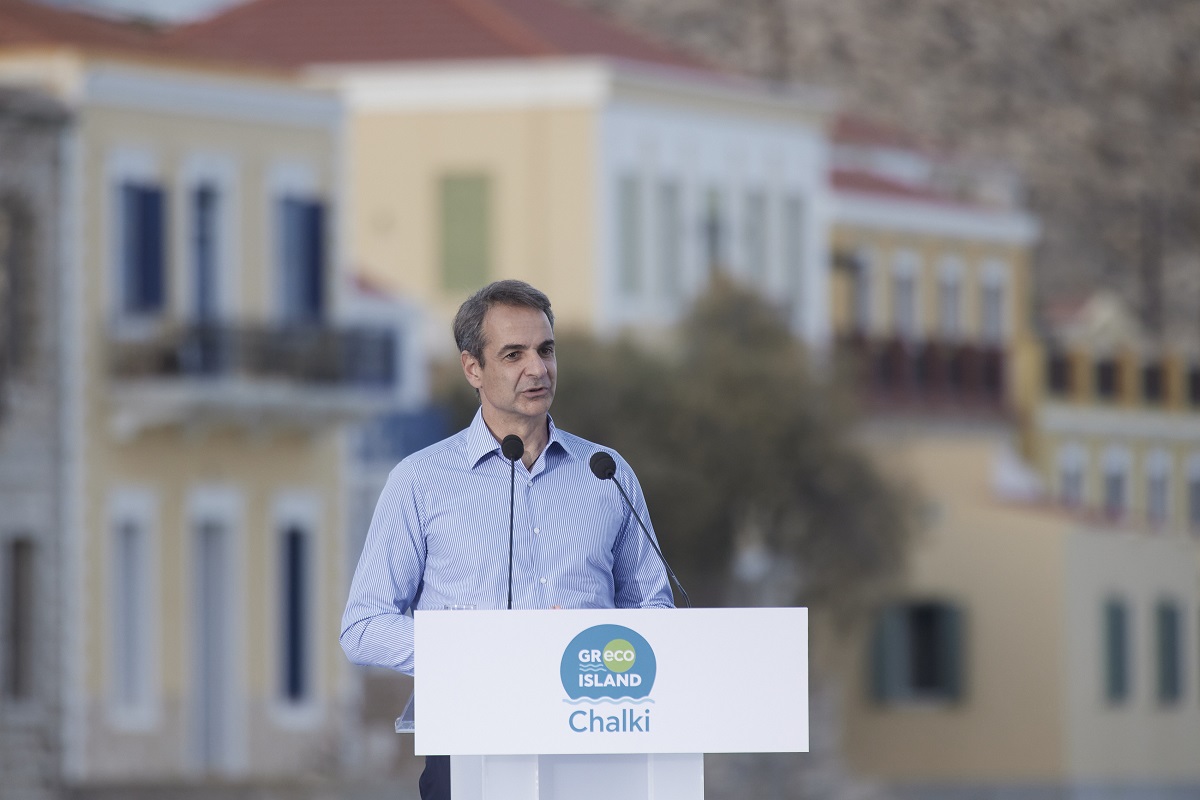 The government hopes through the pilot project to establish sustainable and energy efficient island communities, address climate change and lead the way in sustainable development and innovation. The Dodecanese island of Chalki will serve as model for other islands to follow.

The initiative foresees the provision of free electricity to the members of the energy community generated by a photovoltaic system (PV), the delivery of electric vehicles, the installation of a 5G telecommunications network and (IoT) technologies that will facilitate access to education (e-learning) and tele-medicine, among others. 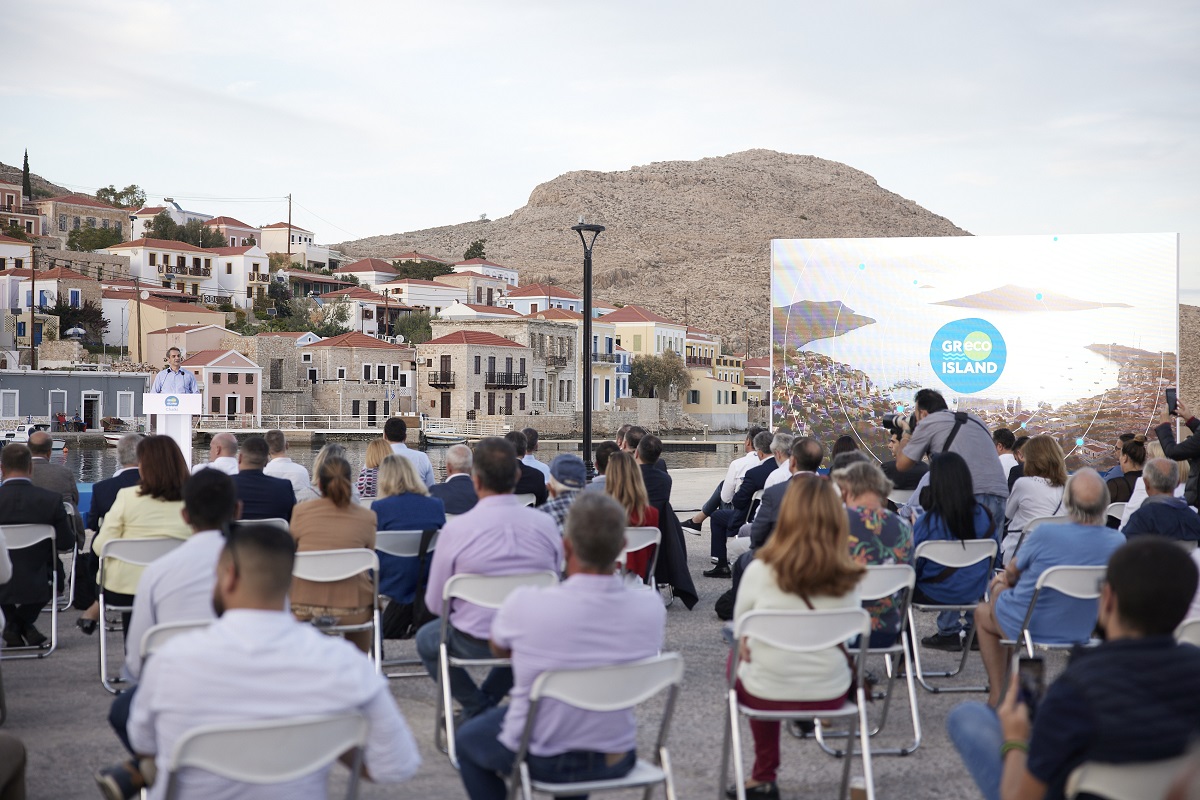 “This model of energy ‘democracy’ can and should be a model for every island, reducing costs on residents’ bills,” said Mitsotakis, who visited Greece’s first solar energy unit operating through Virtual Net Metering on a solar-powered boat.

The GR-eco Islands plan is aimed at converting the Greek islands into models of green economy, energy autonomy, digital innovation and ecological mobility through the increased use of Renewable Energy Sources, the promotion of energy efficiency, the sustainable management of waste and water, the transition to electric transport, the green transformation of agriculture and tourism, and the development of port and other infrastructure. Priority has been given to remote islands which are not connected to the mainland power grid.

“Starting today, Chalki and the Dodecanese islands will be places of dynamic investments in green growth and in the circular economy, which means cheap electricity and new jobs for residents,” said Mitsotakis during the event. 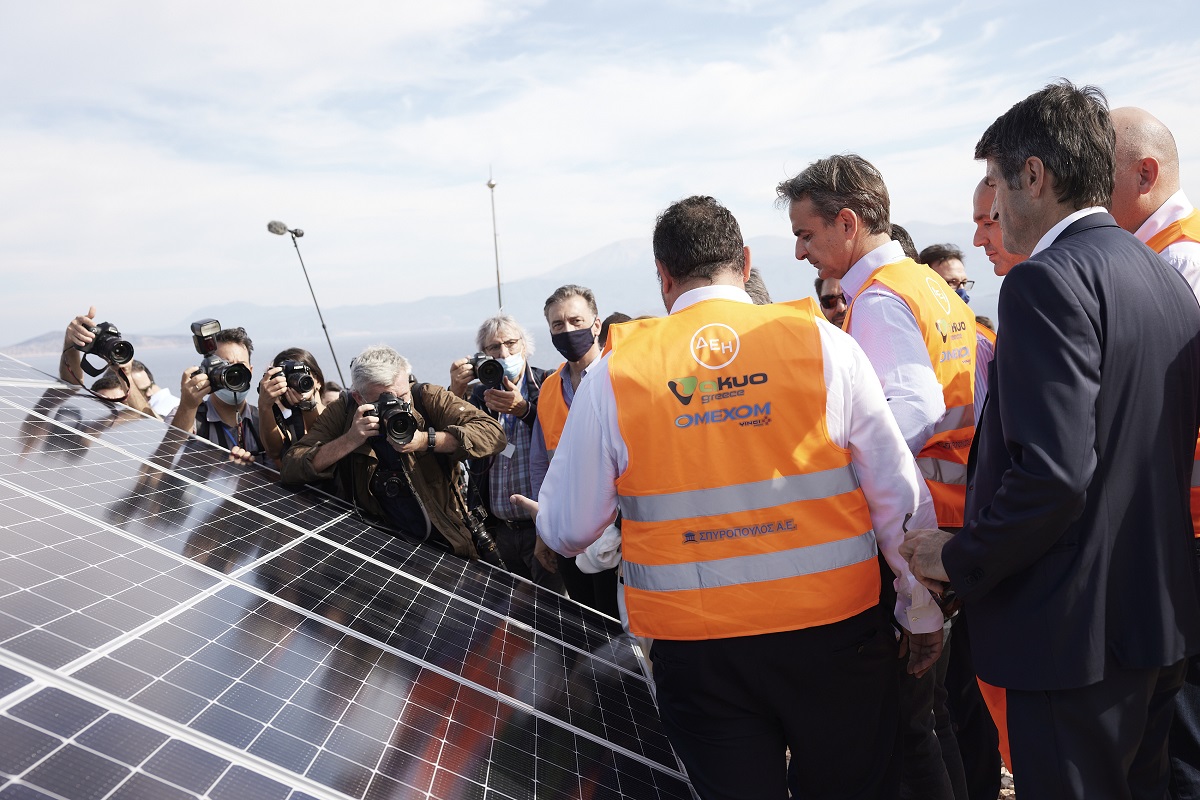 The Greek PM went on to add that the Chalki project was paving the way for a transition to “prosumers” – “consumers who produce and benefit from RES without additional charges” – and invited other islands to participate in the scheme, which is free.

To demonstrate the benefits, Mitsotakis said a 407-euro energy bill would drop to 157 euros through the program, adding that it was a “a bold response not only to the challenge of climate change but also to rising oil and gas prices”.

The Chalki project includes the installation of a 1MWp PV farm, which will cover the energy needs of the island’s inhabitants. It also includes equipping the municipality with six electric vehicles to be used by the police, the Coast Guard and the municipality, and the installation of four electric vehicle chargers at the port as well as “smart” management systems for the operation of public lighting. 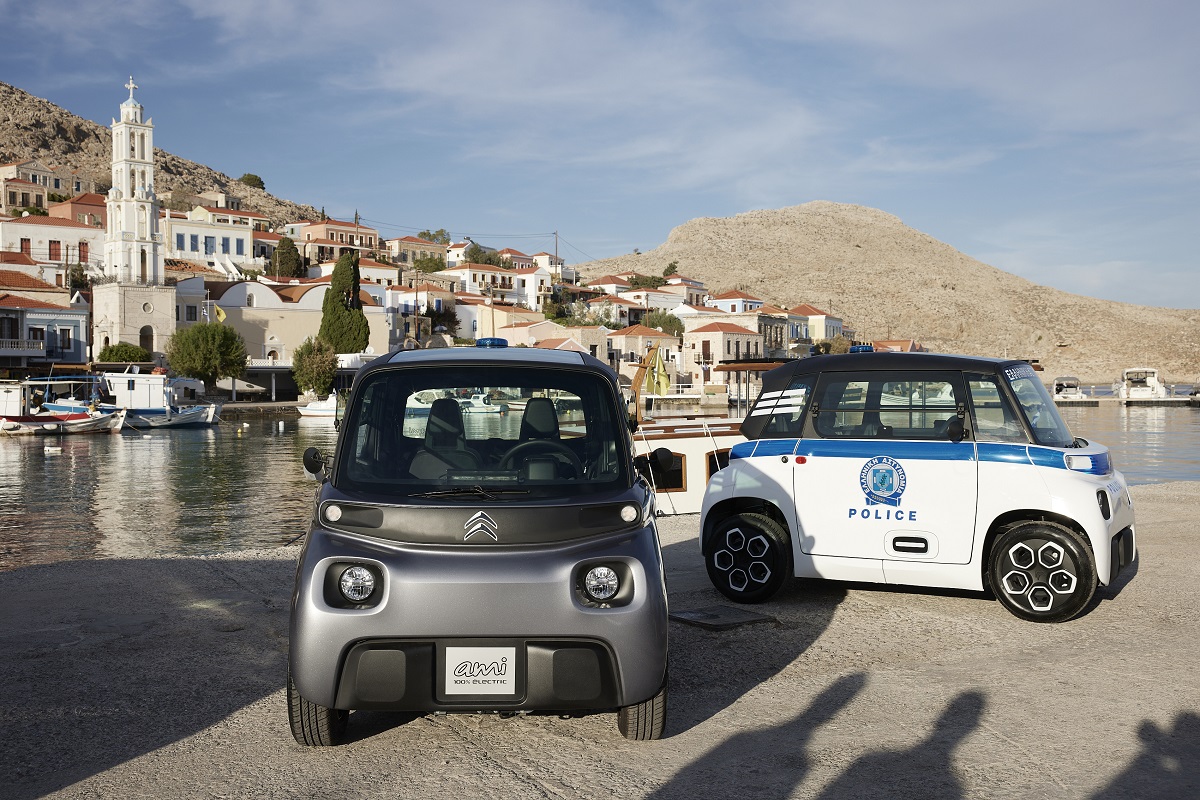 A key part of the project also includes the operation of a solar-power boat offered by the Papastratos company as part of its sustainability drive. The vessel, to be designed according to traditional Greek boat making techniques and constricted by a family business on Patmos, will offer tours around the island and cover transportation needs. As more island get on board, authorities hope demand for such boats will pave the way for similar businesses to take off, contributing to local economies and creating new jobs.

Funded by Greek and French business interests, the Chalki project kicks off with a combined investment of approximately 1.5 million euros. 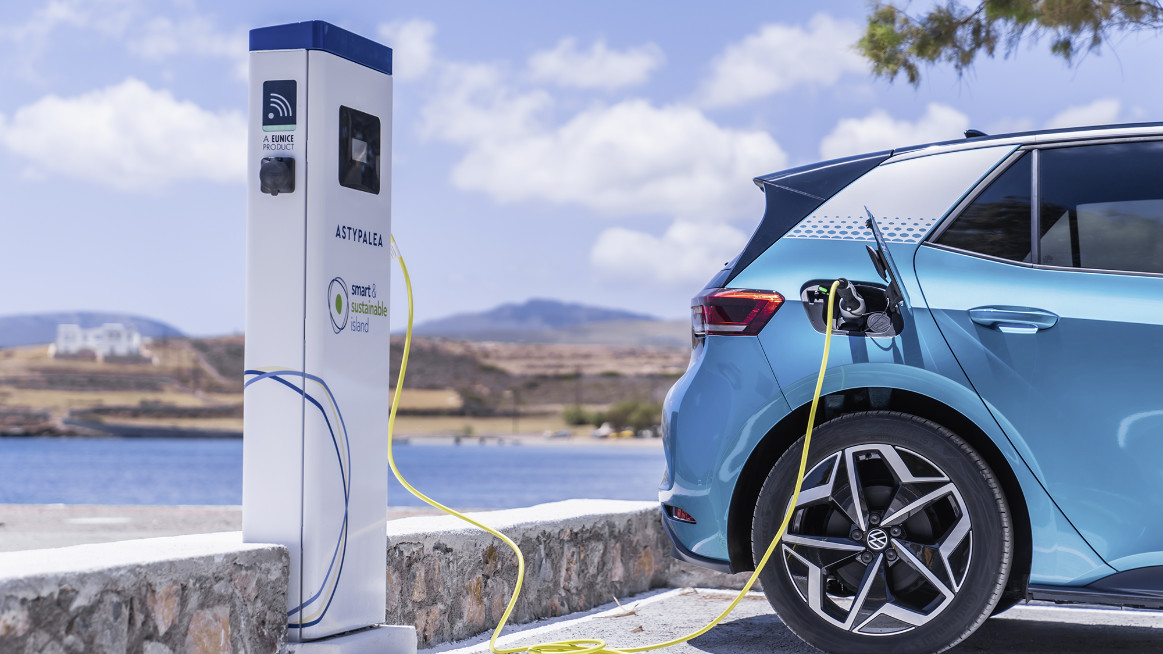 The Chalki energy community scheme is part of a larger Greek government drive towards sustainability and an attempt to tackle climate change. Earlier this year, Volkswagen Group delivered of eight electric vehicles to the South Aegean island of Astypalea as part of a pioneering pilot project there aimed at transforming the Dodecanese island into the first smart energy and green island in the Mediterranean and ensuring, at the same time, energy autonomy.

Covid-19: Rules to Enter Banks and Public Services in Greece