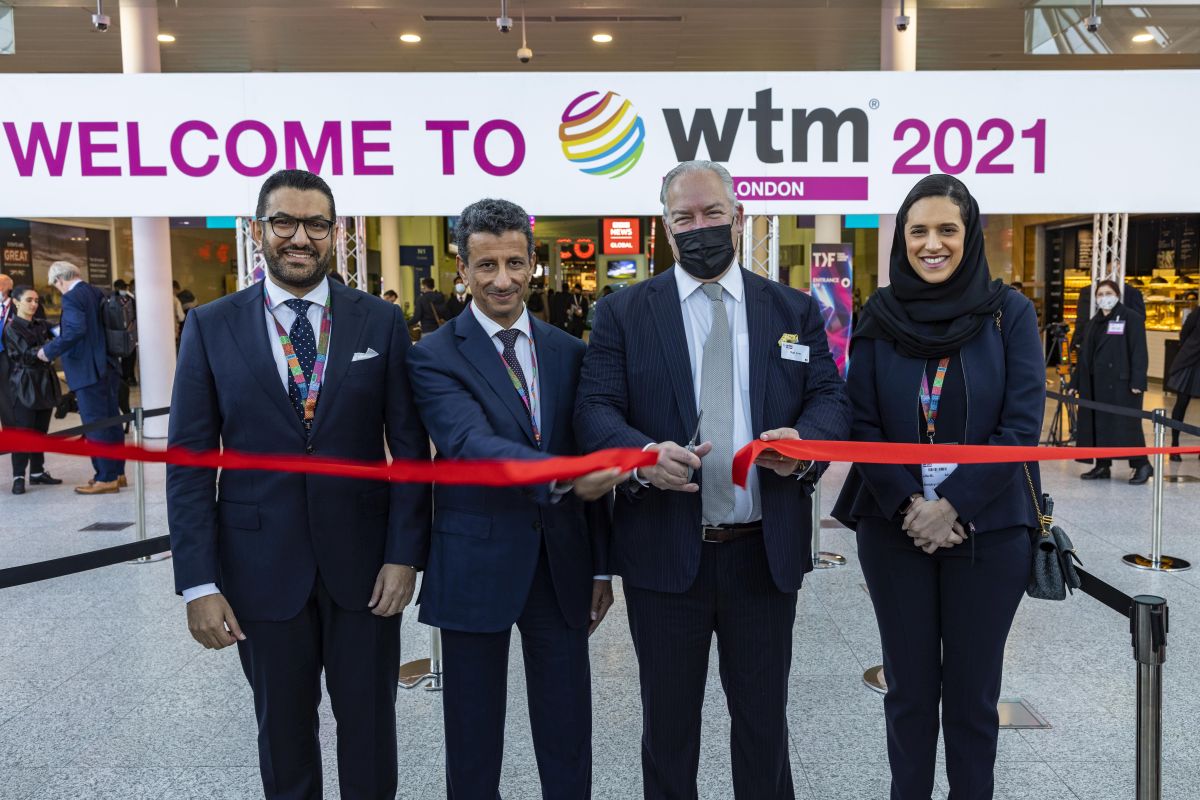 The WTM London 2021 opening officially took place on Monday, November 1, welcoming exhibitors from more than 100 countries and regions, more than 6,000 pre-registered buyers from 142 countries and travel professionals from all over the world.

“The largest gathering of travel industry professionals in the world since the pandemic began is the perfect platform for recovery in 2022,” the event’s organizer, Reed Exhibitions, said. 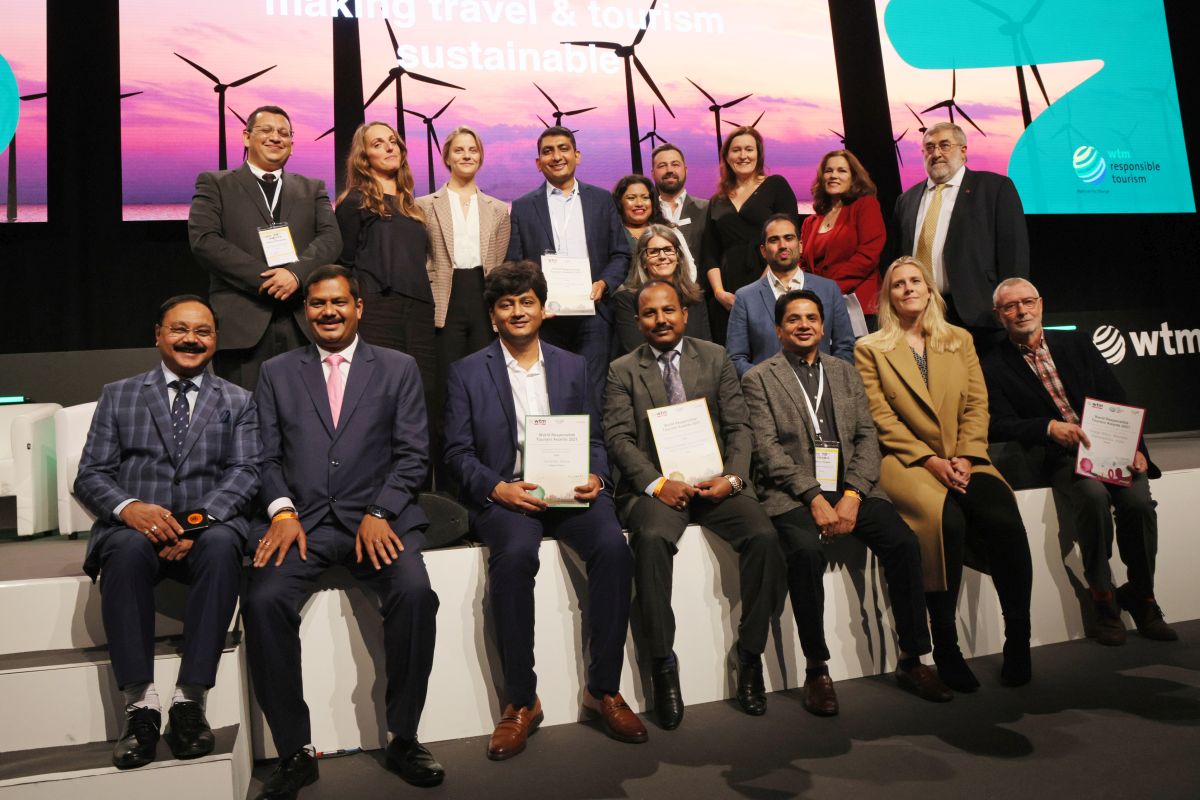 Responsible tourism was the key theme for the day. As the leading global event for the travel industry, WTM London has championed the cause of responsible tourism and the annual WTM Responsible Tourism Awards celebrated the best of travel across categories. 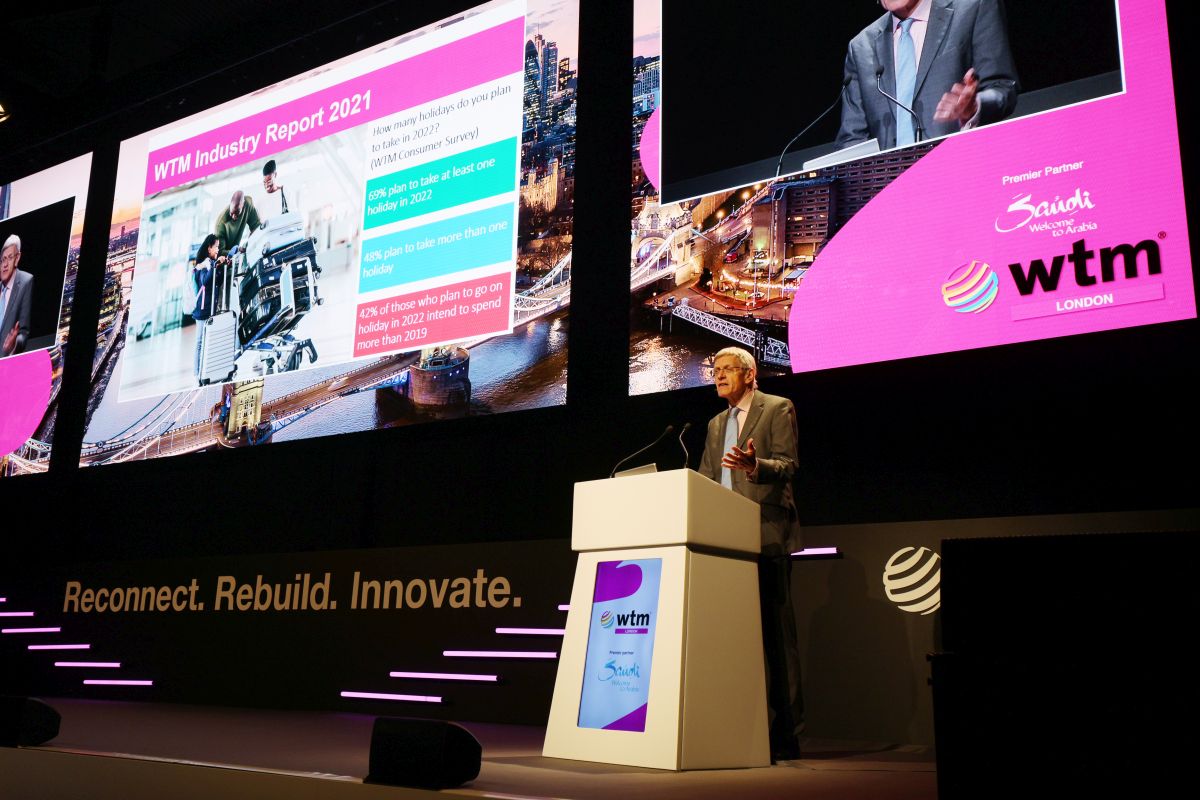 Younger people are increasingly turning to travel agents to book holidays because of the confusion and problems seen during the pandemic, according to the WTM Industry Report.

Respected travel journalist Simon Calder presented these and many other positive findings from WTM’s Industry Report on the first day of the event.

When consumers were asked about where they would like to go, the top hotspot was Spain, followed by other traditional European favourites such as France, Italy and Greece, and the US – which will reopen to British holidaymakers on November 8 after being off limits since March 2020. 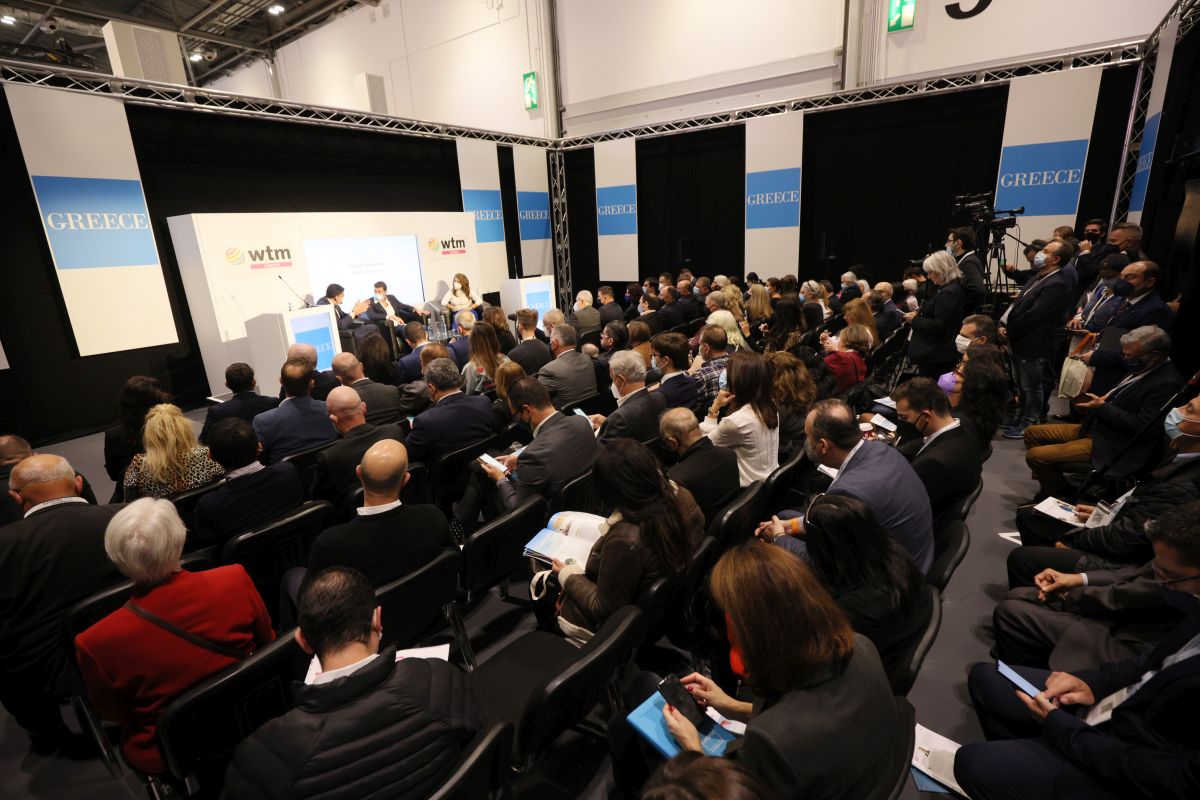 The Greek National Tourism Organisation showcased some of the key developments during its press conference on the first day of WTM London on 1 November.

During the press conference, it was announced that UK tour operators are adding flights and holidays across Greece in 2022 and 2023 to cater for recovering levels of demand from British holidaymakers.

The GNTO also highlighted a host of new hotels that have recently opened in the country and showcased cultural developments such as a new archaeological museum due to open in Chania, Crete, and the reopening earlier this year of the National Gallery in Athens – one of Greece’s largest art museums, which has undergone a 59-million-euro expansion and refurbishment. 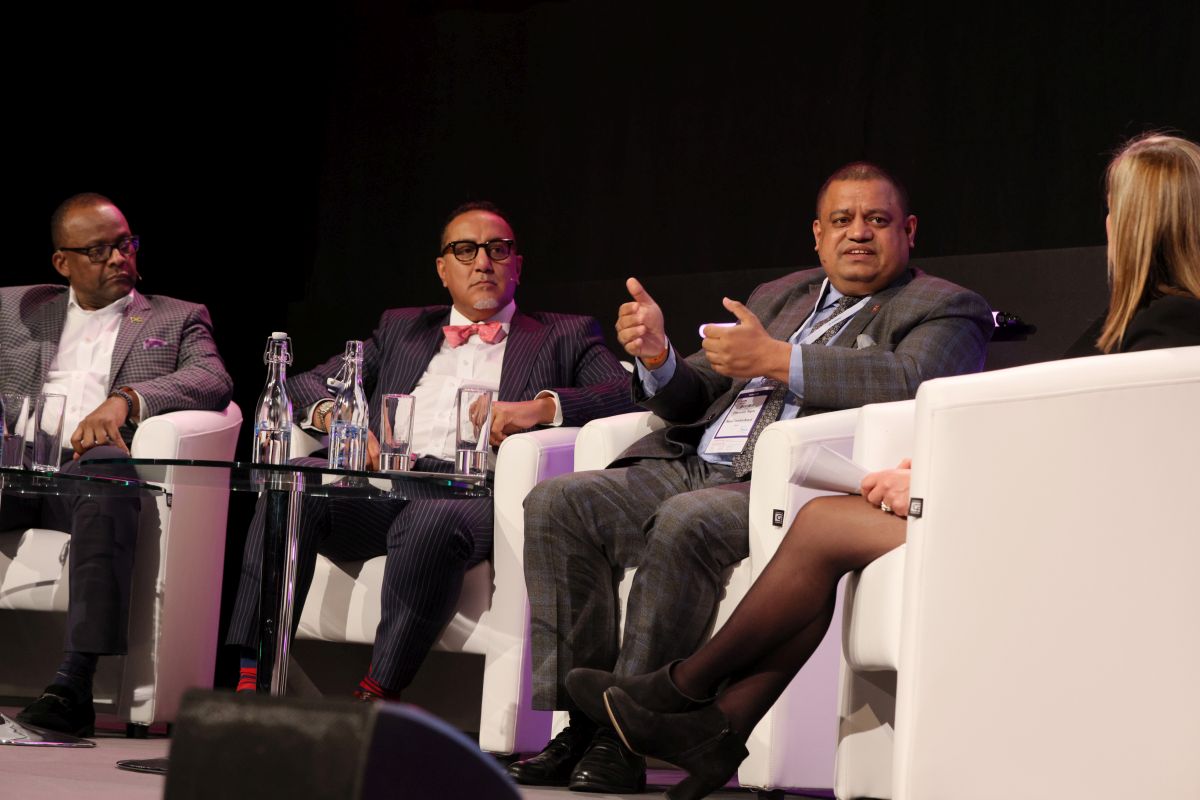 During the 2020 May labour holiday in China, 115 million tourists went overseas.

Building Back Better for Destination Resilience 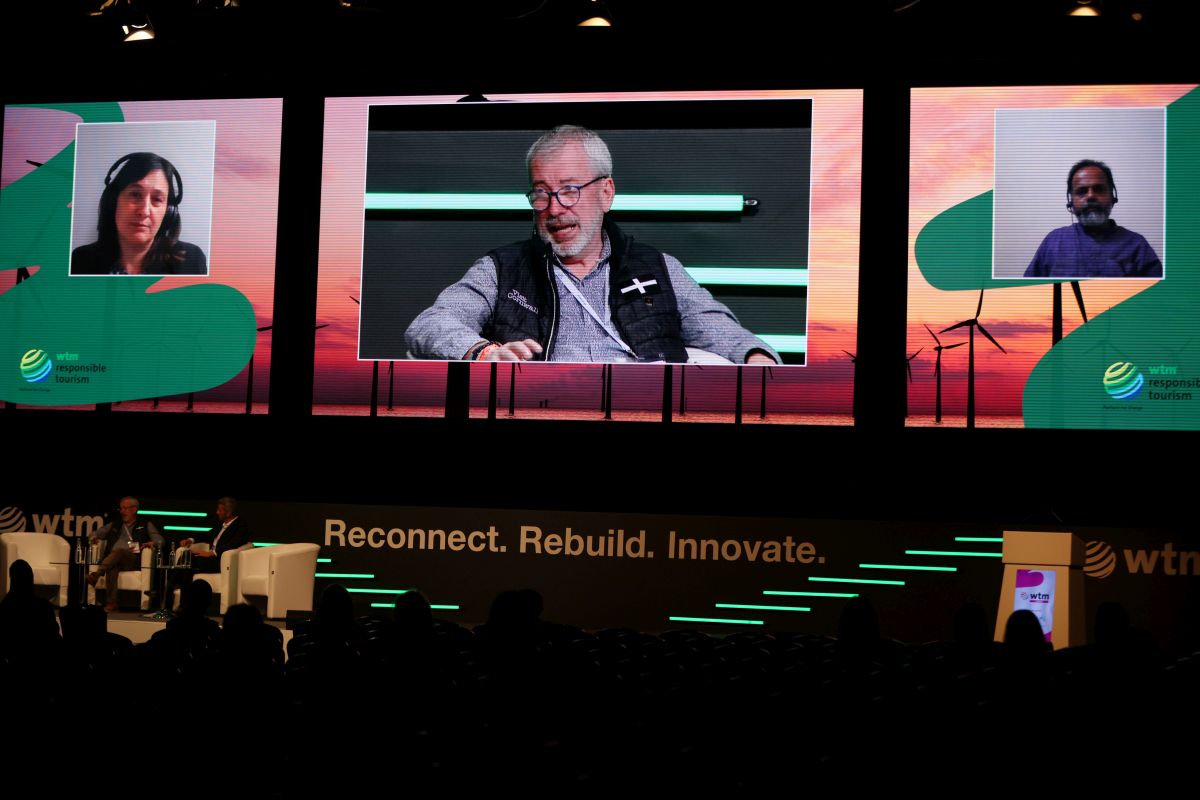 During a session looking at Building Back Better for Destination Resilience, the boss of Visit Cornwall – one of the UK’s most popular holiday destinations – joked he wanted to change the tourist board’s name to “Don’t Visit Cornwall”, after it struggled to cope with the huge influx of visitors this summer.

Visit Cornwall CEO and Marketing Director Malcolm Bell did say, however, that marketing money would no longer be spent on encouraging people to visit during the summer. “We will concentrate all efforts on marketing Cornwall in winter. Not the shoulders, but in the winter,” he told delegates.

How Can the Travel and Tourism Industry Contribute More to Conservation? 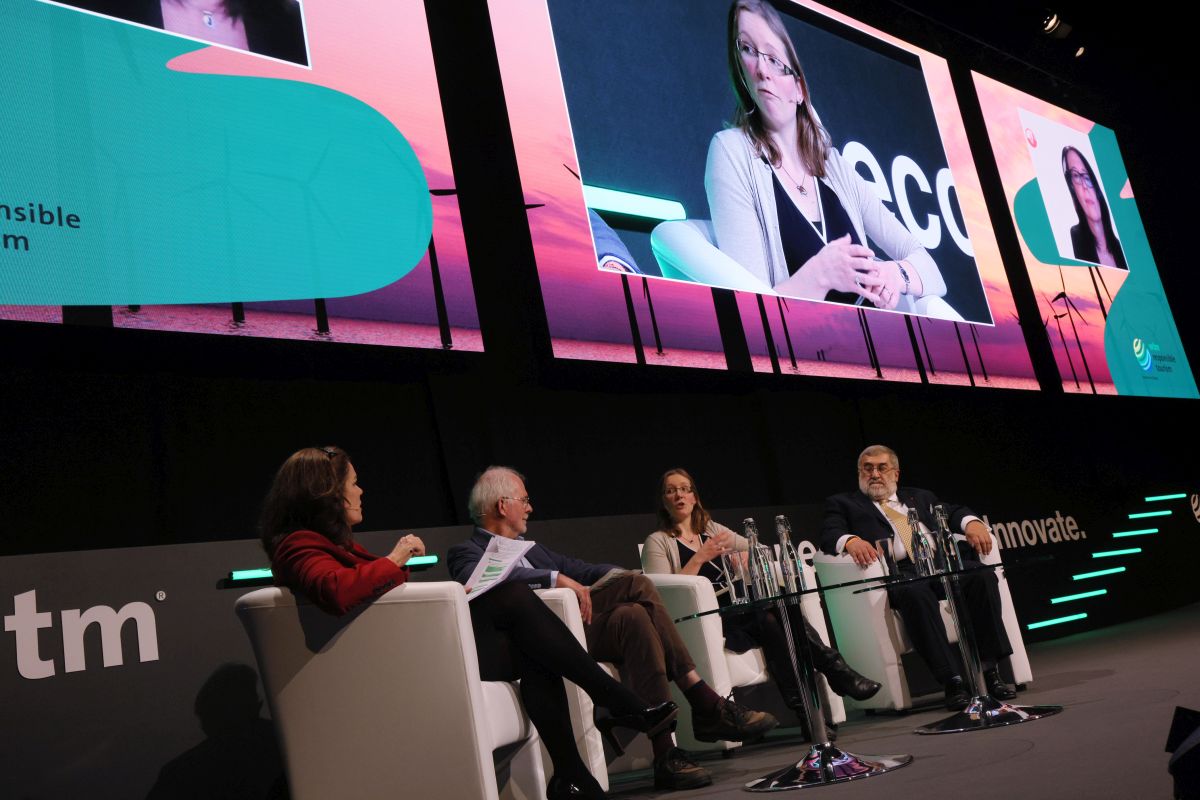 Travel companies will be obliged to commit to doing more towards conservation and nature in the future through government legislation.

Justin Francis, Co-founder and CEO of Responsible Travel, said: “We will see more and more regulation, so if you are a travel company, you had better get on with it now because you will be forced to otherwise.”

“We have a conservation levy so guests can contribute and we tell them where the money is going to.”

“Investments in training people will be key to the recovery of travel and tourism around the world.”  That was the message to delegates at the Invest, Finance and Restart Summit, held by the International Tourism & Investment Conference (ITIC) at WTM London.

Jamaica’s Tourism Minister, Edmund Bartlett, said many skilled workers in tourism have moved to other sectors because of the devastating impact of the pandemic. He said airlines, for example, are finding it hard to ramp up capacity to cope with the demand because many pilots, cabin crew and ground-handlers have left travel.

“Skills have gone elsewhere; specialised skills will take a long time to build up again,” he told ITIC delegates at WTM London.

“There will be a slower recovery because of the human factor.”

WTM London 2021 takes place between November 1-3, at ExCeL, London, and will be followed by WTM Virtual during November 8-9.