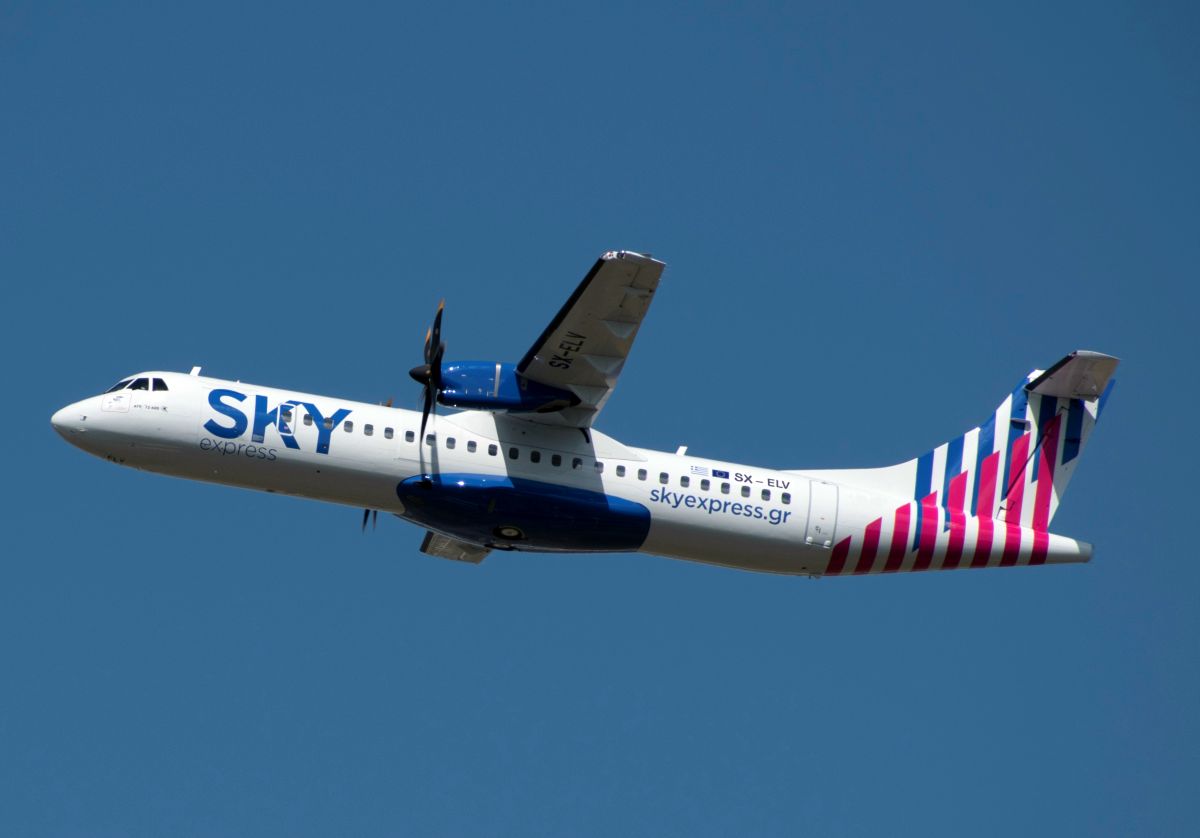 Greek airline SKY express has entered the winter season with an upgraded flight schedule including a new international route, direct connections and a number of scheduled domestic flights.

With the addition of 12 new state-of-the-art aircraft (six Airbus A320neo and six ATR 72-600), SKY express now covers 39 destinations in 6 countries, while expanding its network to existing and new markets.

Having the youngest and greenest fleet in the country and one of the most environmentally friendly in Europe, the Greek airline will operate a total of 817 flights a week to 34 destinations inland and 5 abroad from the company’s headquarters in Athens, Thessaloniki and Larnaca.

SKY express, which already flies to London, Paris, Rome, Brussels and Larnaca, has now added the new Thessaloniki-Larnaca route to its international schedule.

“This proves the strategic importance of Cyprus in the company’s planning, since it now has two direct connections from/to Greece (Athens, Thessaloniki),” the company said in an announcement.

Moreover, having the largest network of destinations in the country (34), SKY express is continuing its domestic flight operations during the winter months.

“This proves the company’s commitment to serving even the most remote parts of the country, from Crete to Alexandroupolis and from Corfu to Ikaria,” SKY express said.