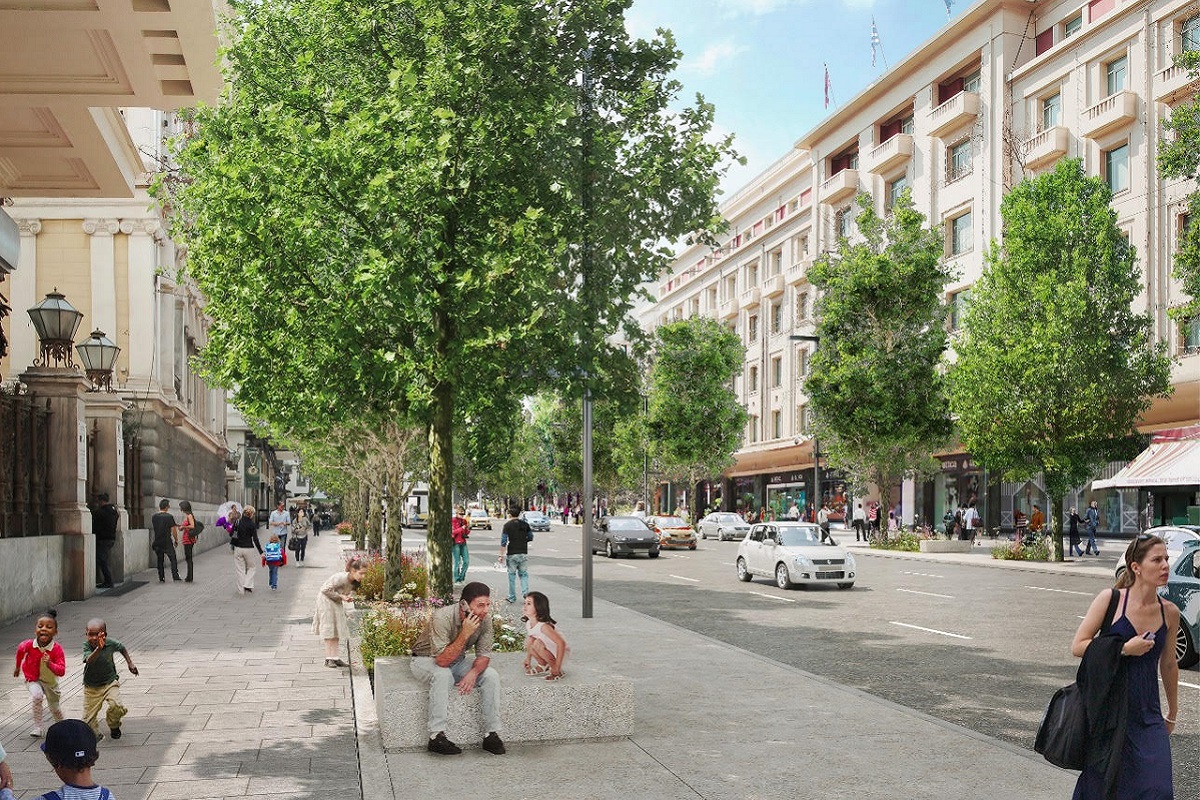 An impression of Panepistimiou street after renovation works are complete.

The municipality of Athens is moving ahead with the redevelopment of central Panepistimiou St as part of a general urban redevelopment plan that has included so far park projects, pedestrian walkways, and city square overhauls.

The renovation of Panepistimiou St, to cost 3 million euros, is scheduled to begin at the end of the year and run for a period of up to 15 months, the municipality said.

It will create an additional 19,360m2 of public space, 2,260m2 of green areas complete with 87 new plane trees, as well as bike routes and recreational areas, and follows the example of similar urban plans implemented in Berlin and Paris, the municipality said. 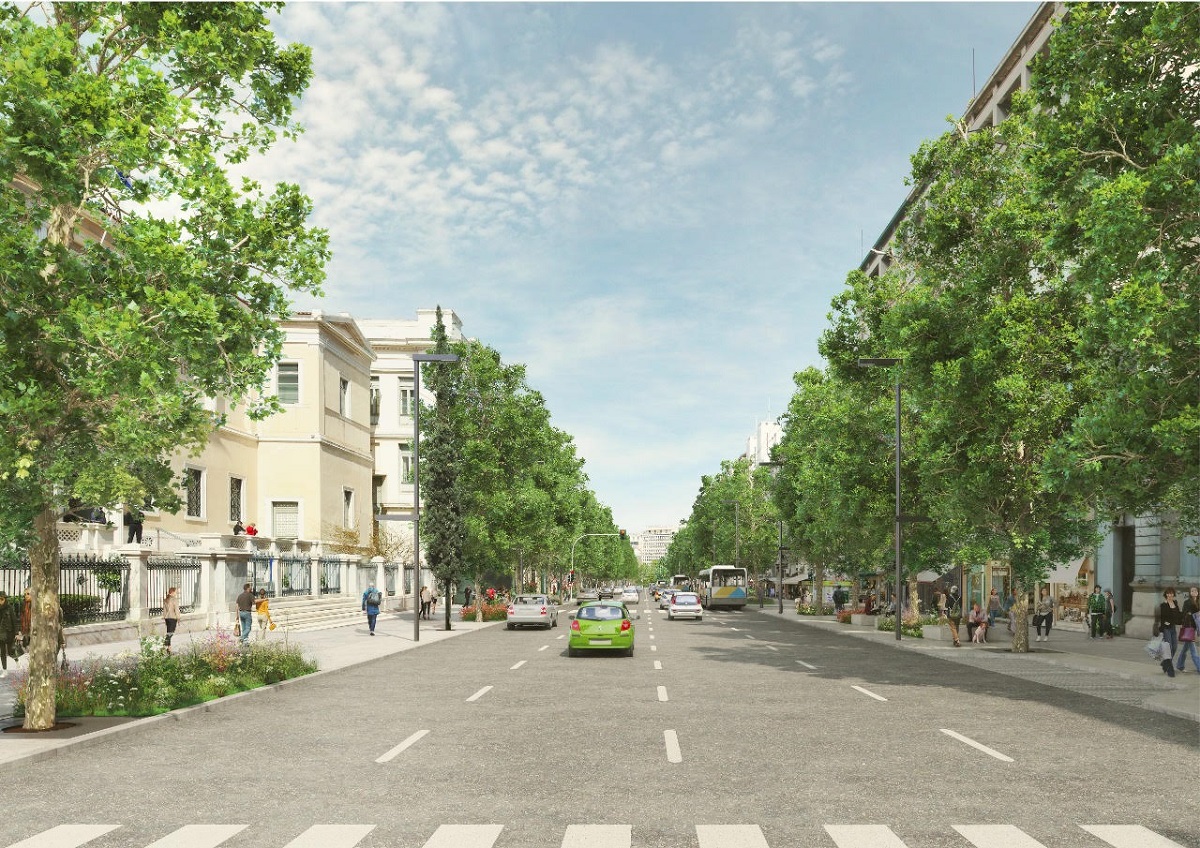 The project comes after a test run of the co-called “Athens Grand Walk”, which included expanding pedestrian areas along the main thoroughfare.

The City of Athens notes that feedback has been taken into account for the finalization of the project which aims to upgrade the standard of living in the urban center, make it more accessible and friendlier to residents and visitors.

In efforts to clarify a number of issues, the municipality has launched an FAQ series covering questions on the project.

Athens authorities are noting that there will be as little as possible disruption in the capital as works will be carried out in segments. 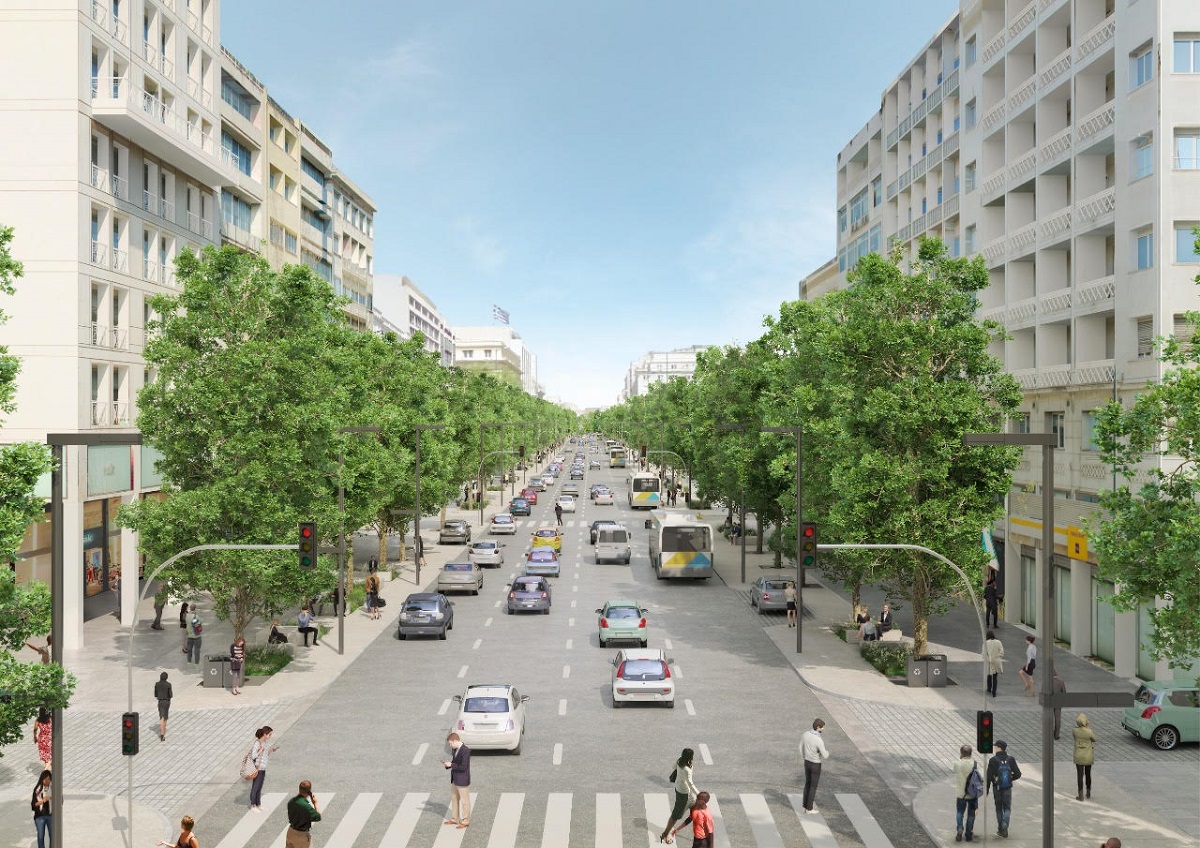 However, according to a recent survey, the “Megalos Peripatos” or “Grand Walk” – a 6.8km pedestrian walkway aiming to unify Athens’ archaeological sites and landmarks and create bicycle lanes – failed to win over residents.

The municipality said however that based on data, times to city center locations were slashed, number of vehicles reduced, air pollution levels decreased and pedestrian movement increased over the pilot period of a year.

The project comes after the launch of upgrade works on Syntagma Square and plans for Theatrou Square, a landmark located off Athens central Varvakeios Market.