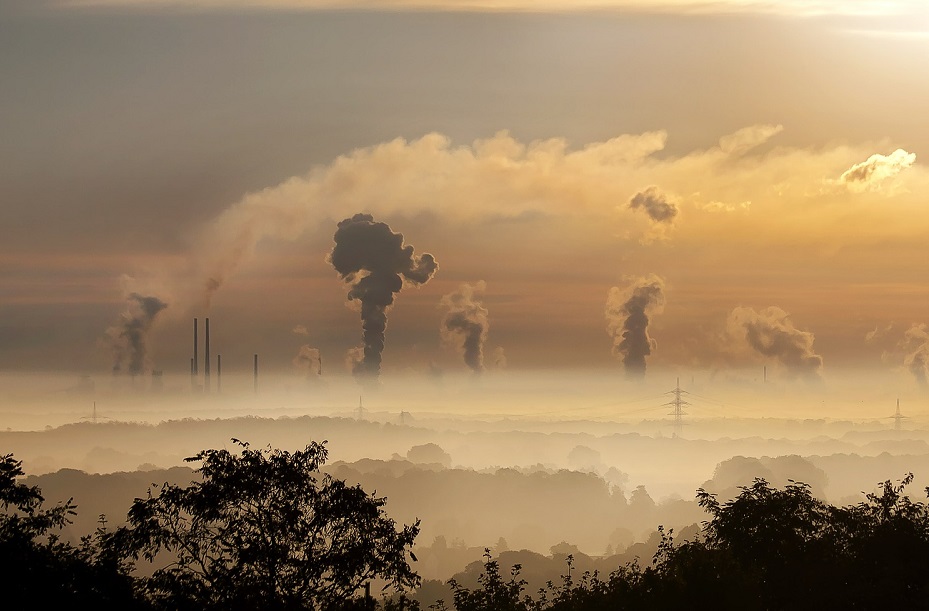 The vast majority of Greeks (84 percent) believe climate change is a very serious problem affecting the planet (above the EU average of 76 percent), while more than half (58 percent) said they had already taken individual action to combat climate change over the last six months, a recent Eurobarometer study found.

According to the “Citizen Support for Climate Action 2021” survey, Greeks place climate change fourth among the most serious problems facing the world right now after the economy (28 percent); poverty, hunger and drought (18 percent); and fast-spreading disease (14 percent).

While one in 10 – against 18 percent in the EU – said it is one of the most serious problems facing the world right now, more than half (58 percent) said they were making sustainable choices in their daily lives compared to an average of 64 percent in the EU, including installing solar panels in their home (20 percent against 8 percent in the EU).

The majority of Greeks (74 percent) said national governments were responsible for finding ways to deal with climate change against 63 percent in the ΕU, while 65 percent said the EU was responsible (compared to a 57 percent EU average).

Almost all Greeks surveyed (94 percent) agree that climate change and environmental issues should be addressed as a priority for improving public health (against 87 percent in the EU). 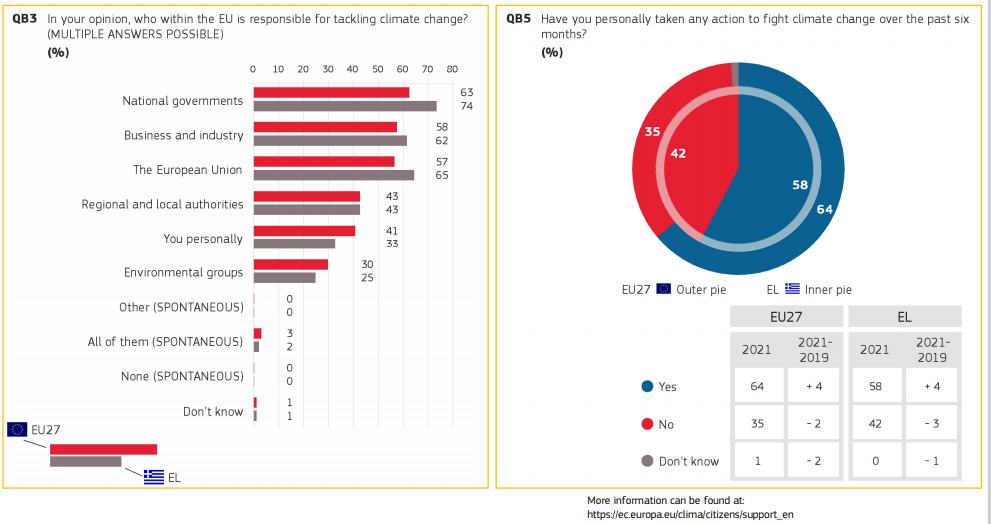 Lastly, 77 percent of Greeks polled believe that recovery plan funds should be invested in the green economy.

“Despite the pandemic and the economic hardship Europeans are facing, support for climate action remains high. Europeans recognize the long-term risks posed by the climate and biodiversity crises and expect industry, governments and the European Union to take action,” said Executive Vice-President for the European Green Deal, Frans Timmermans.

“The numbers in this Eurobarometer survey serve as a rallying call for politicians and businesses. For the European Commission they provide added motivation to finalize the ‘Fit for 55′ legislation that we’ll present later this month to make sure we reach our climate targets,” he added.