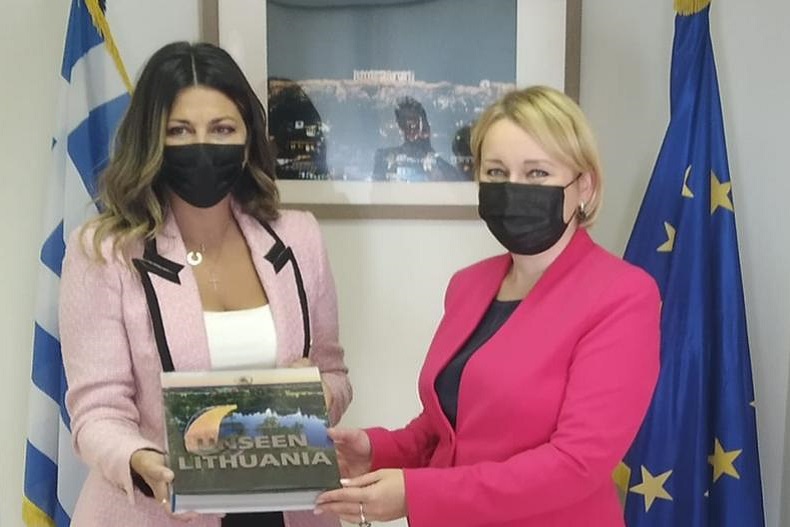 Ways of jointly promoting thematic tourism products in Greece and Lithuania were discussed between Greek Deputy Tourism Minister Sofia Zacharaki and Lithuania’s Deputy Minister of Economy and Innovation Jovita Neliupšienė during a recent meeting in Athens.

According to an announcement by the Tourism Ministry, discussions focused on historic, cultural, health and wellness tourism, as well as on ecotouirsm and wine tourism.

During the meeting, Sofia Zacharaki referred to the positive performance of Greece’s tourism sector during the summer.

She also underlined the significance of thematic tourism for Greece, and the sector’s development through the Recovery Fund and the government’s Greece 2.0 program.

On her part, Jovita Neliupšienė said Greece remains a popular tourism destination for the Lithuanians. She also referred to spa tourism, a growing form of travel in Lithuania.

The two deputy ministers expressed their intention to further enhance tourism ties between Greece and Lithuania and develop their cooperation.

Also present at the meeting was the Ambassador of Lithuania to Greece Rolandas Kačinskas.

Jovita Neliupšienė is in Athens to attend the Greece – Lithuania Business Forum that is organized by the Hellenic Federation of Enterprises, the Athens Chamber of Commerce and Industry, and Enteprise Greece.