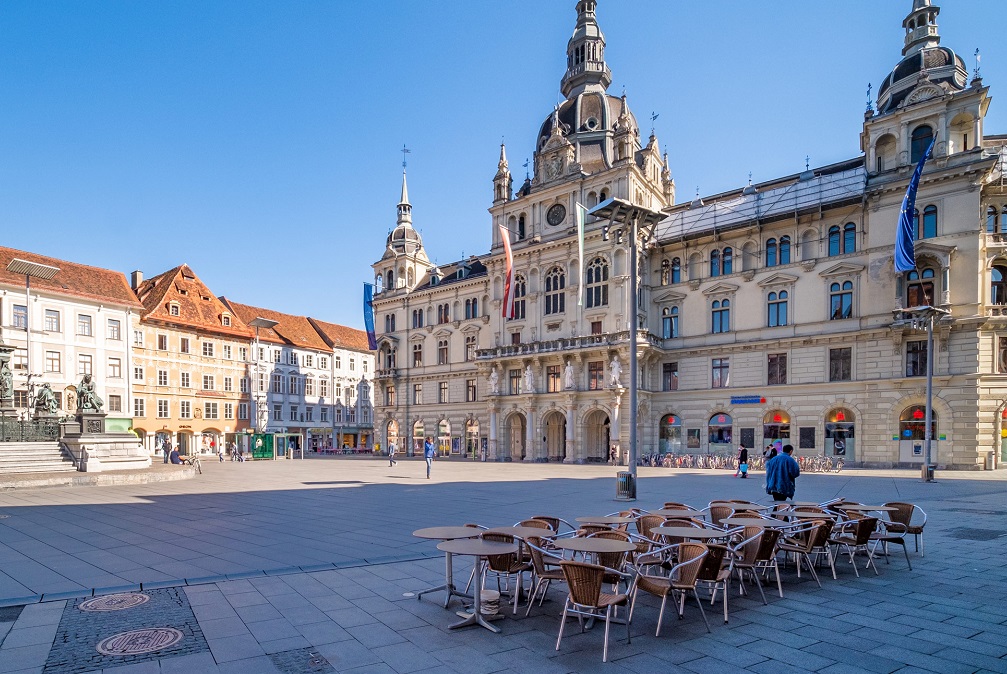 Nearly half of sector experts (45 percent) expect to see international tourism returning to pre-pandemic 2019 levels in 2024 or later with 43 percent expecting better days in 2023, according to the latest UNWTO Panel of Experts released this week.

A closer look at the data reveals that experts forecasting a 2024 or later recovery are in Asia and the Pacific (58 percent) but in Europe, half of the respondents said this could happen earlier in 2023. Participants in the Middle East were even more optimistic, expecting full recovery by 2022.

Meanwhile, the UNWTO World Tourism Barometer found that vaccines and the reopening of borders contributed to the sector’s recovery with a strong rebound in June and July.

Indicatively, the barometer found that an estimated 54 million tourists crossed international borders in July 2021 up from 34 million in 2020 but down by 67 percent against the same month in 2019 at 164 million. The figure is however the strongest since April 2020.

The positive results do not apply to all regions and 2021 continues to be a challenging year for global tourism, with international arrivals down 80 percent in the January-July 2021 period over 2019. 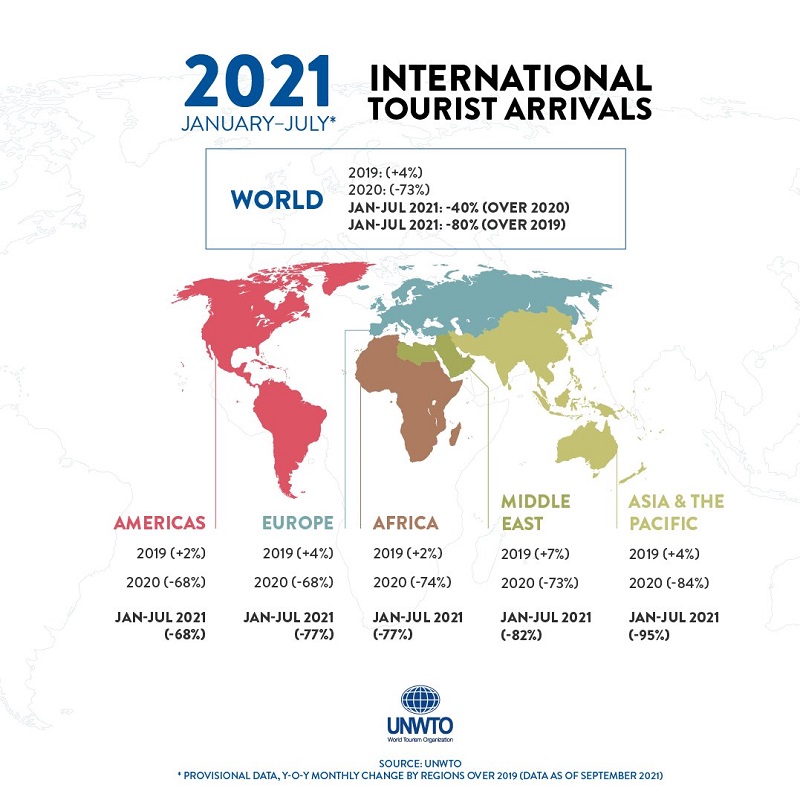 The weakest results were recorded in Asia and the Pacific in the January-July period with international arrivals down by 95 percent compared to 2019; followed by the Middle East down by 82 percent; and Europe and Africa down by 77 percent.

At the same time however, several small islands in the Caribbean, Africa, and Asia and the Pacific, together with a few small European destinations recorded the best performance in June and July, with arrivals close to, or sometimes exceeding pre-pandemic levels.

According to the barometer despite weak international tourism revenues in the first seven months of 2021, several destinations managed to see a modest improvement in June and July, with some achieving pre-pandemic 2019 earnings such as Mexico or even exceeding these.

A case in point, Mexico posted a 2 percent increase in July earnings over the same month in 2019.

Additionally, outbound travel in France and the US saw a significant improvement in July, though tourism spending was still well below 2019 levels.

The barometer also found that confidence in travel was improving attributed in large part to vaccination rollouts and fewer restrictions in several destinations in Europe and the Americas which opened to tourists.

“There is clearly a strong demand for international tourism and many destinations have started welcoming visitors back safely and responsibly,” said UNWTO Secretary-General Zurab Pololikashvili.

“However, the true restart of tourism and the benefits it brings, remain on hold as inconsistent rules and regulations and uneven vaccination rates continue to affect confidence in travel,” he added.

Looking ahead, prospects for September-December remain mixed. According to the Panel of Experts survey, 53 percent of respondents said they expect the period to be worse than expected while 31 percent are forecasting better results towards the end of the year.

Tourism professionals continue however to expect a rebound driven by unleashed pent-up demand for international travel in 2022, mostly in Q2 and 3.

Covid-19: Greece to Grant More ‘Freedoms’ to the Vaccinated