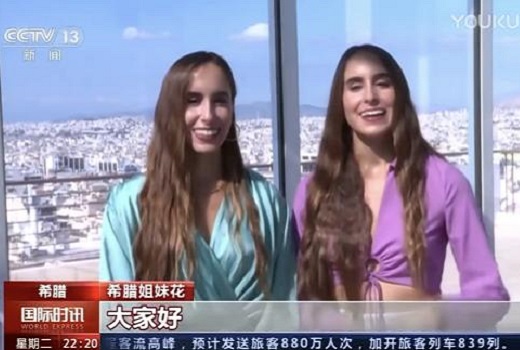 The Greek Twins on CCTV

Also known as the Greek Twins, the Erotokritou sisters presented landmark sites including images of the Acropolis under the light of the September full moon; and introduced potential Chinese travelers to various other tourism destinations in Greece.

Chinese CCTV views also saw scenes of the Greek Twins’ social activities and moments from their everyday life in Athens.

According to the GNTO, the two sisters are very popular on Chinese media and social networks.

“The presence of Marianna and Sofia on CCTV created a buzz in China with hundreds of thousands of Chinese holidaymakers dreaming of Greece and reaching out to receive information,” the organization said. 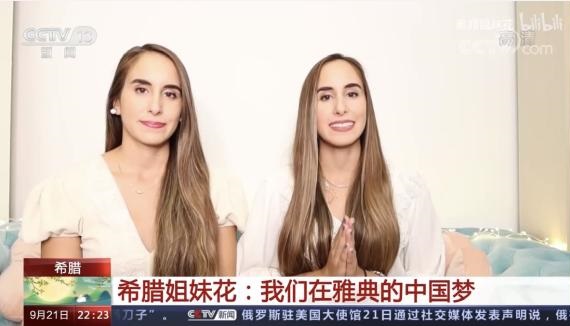 The Greek Twins’ video on Greece  was aired on occasion of the Mid-Autumn Festival – also known as Moon Festival – a traditional event celebrated in mainland China, Taiwan, Hong Kong, Macau, and Vietnam, as well as by overseas Chinese and Vietnamese communities.

As part of the 2021 Greece – China Year of Culture and Tourism, the GNTO is planning further actions to promote Greek tourism to China in the next months.