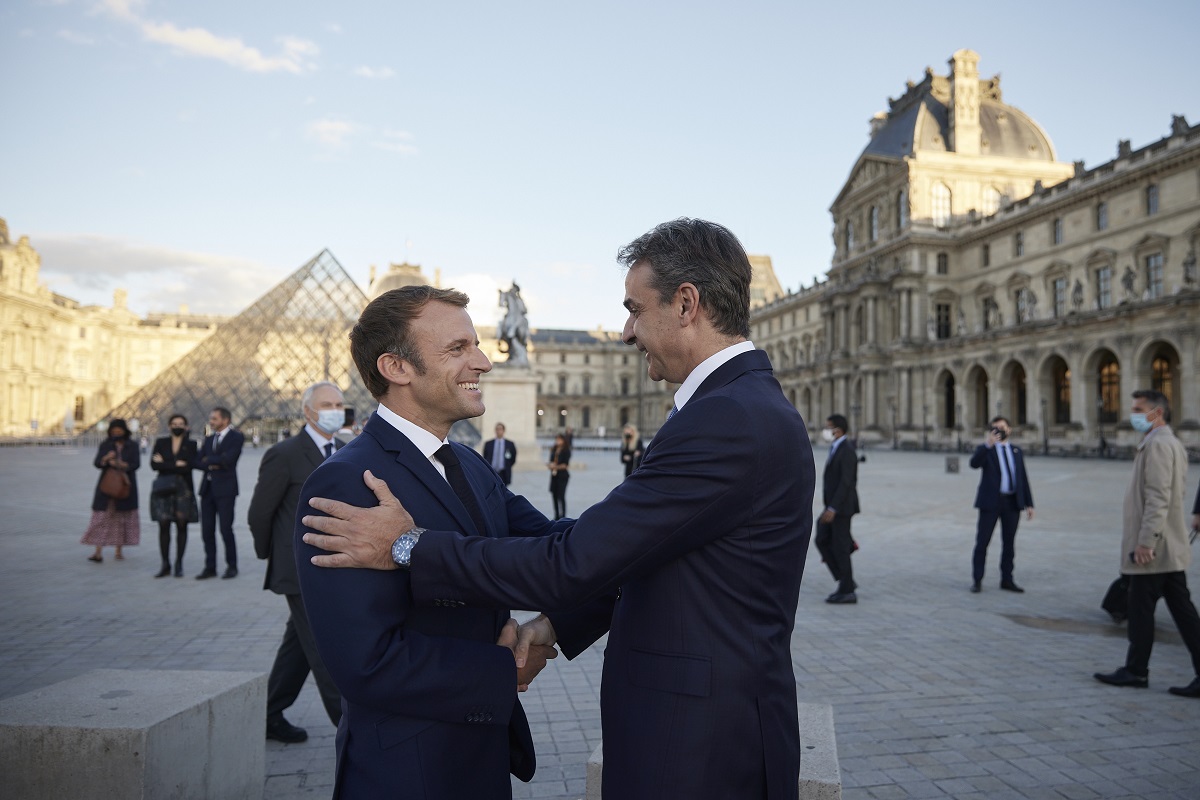 Titled “Paris – Athens: The Birth of Modern Greece, 1675–1919”, the show traces the cultural, diplomatic and artistic ties between Greece and France in the 19th century and how the rediscovery of Greek antiquity changed the European view of Greece.

The show running through to February 7, 2022, as part of the ongoing Greece 1821-2021 celebrations, also features works by Greek artists including Nikos Lytras and Nikolaos Gyzis.

“These 200 years exhibit the complicated history of the creation of the Greek nation state and this constant struggle between people who viewed themselves as the ‘guardians’ of one of the world’s most important ancient cultures,” said Mitsotakis, who was on an official visit to France this week to finalize a multi-billion-euro defence deal involving the purchase of French frigates.

“Through this exhibition, visitors to the Louvre will have the opportunity to appreciate the strong bonds between France and Greece and the contribution of France to the creation of the modern Greek state,” he added. 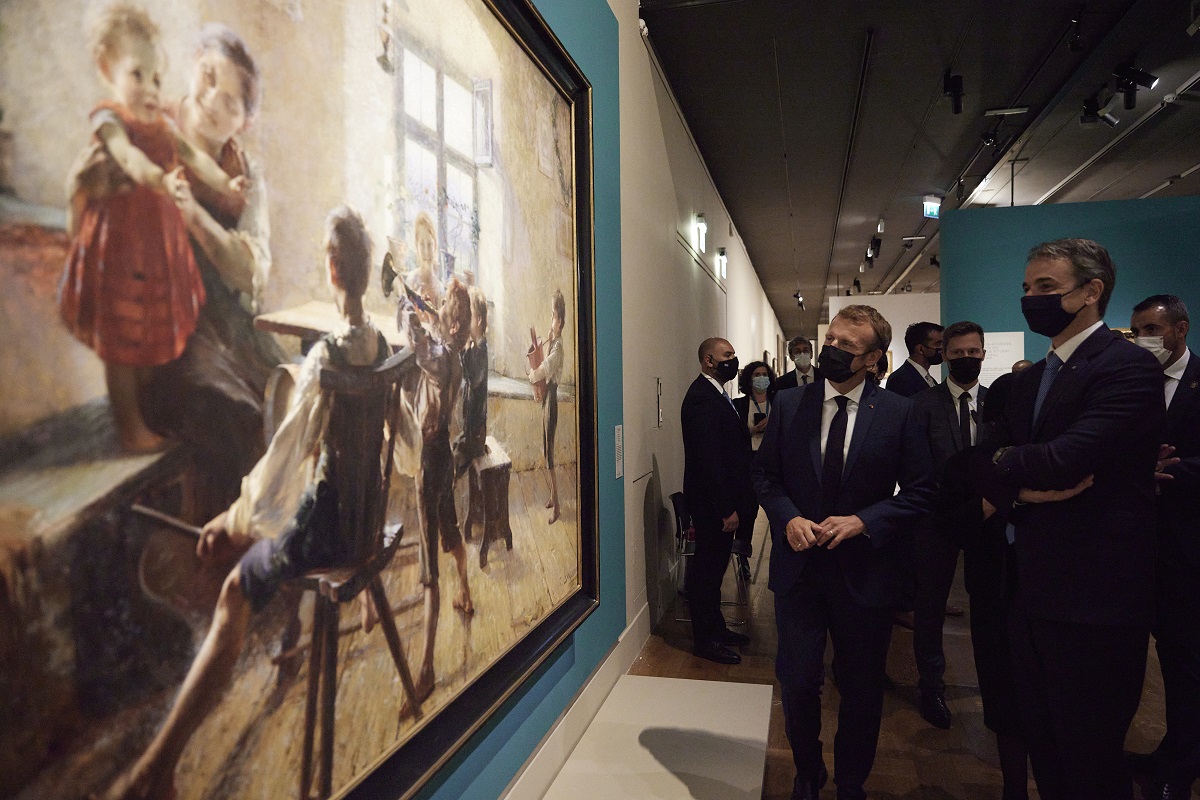 The Greek PM thanked France for its contribution to the 1821 struggle and the Greek cause and referred to the “The Massacre of Chios” by French artist Eugène Delacroix, which he said, was “the most emblematic painting which mobilized public opinion in support of the Greek cause” and which can be seen on show in the Louvre Museum.

“We are celebrating our 200 years of independence at another absolutely critical period when new challenges, the most important one being climate change, emerge. And when again collective reaction is so absolutely necessary,” said Mitsotakis. 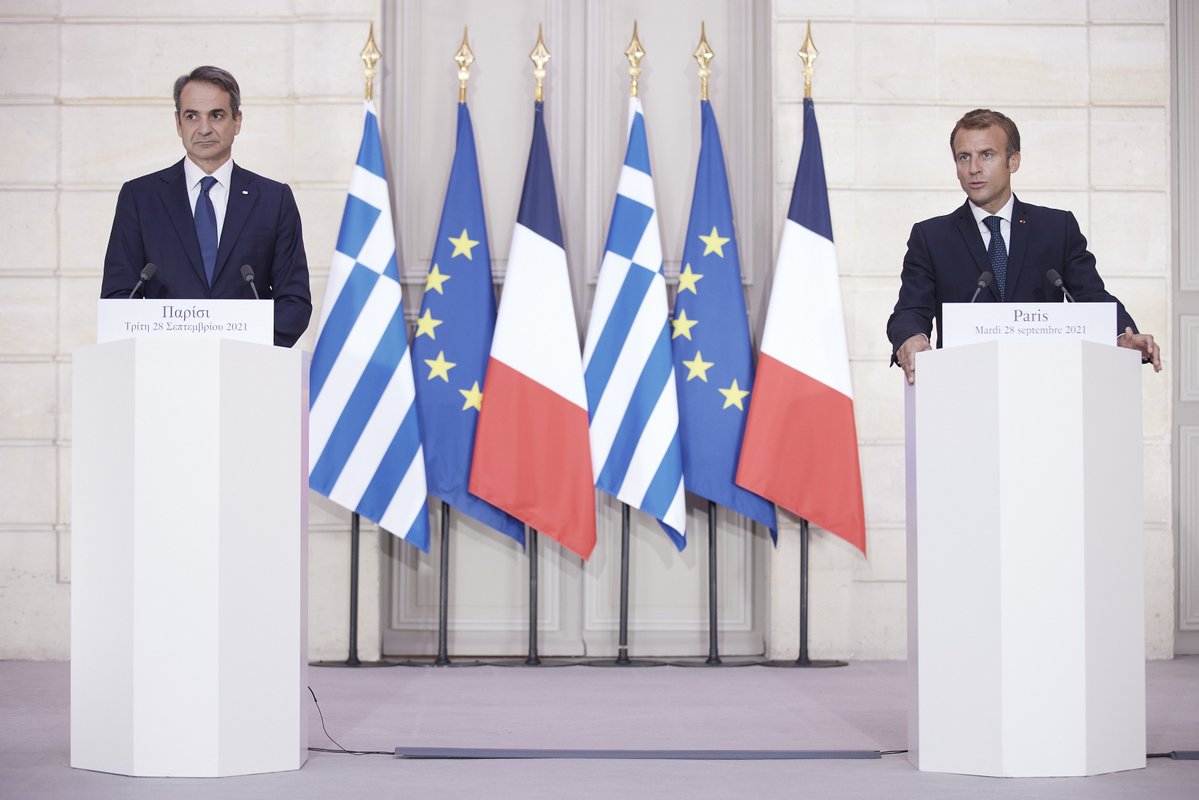 Macron also thanked the Greek PM adding that “a unique and intimate bond unites France and Greece… from our roots, our visions, our landmarks, we share a lot”.

“We will support Greece in every step it takes, Greece is after all the cradle of civilization,” he added.

The museum noted that “200 years ago, in 1821, the ‘Venus de Milo’ first entered the Louvre’s collections”. There was no discussion between the two leaders for the return of the Greek statue, one of the most-visited at the French museum, as part of Greece’s efforts to repatriate looted or removed items as in the ongoing case of the Parthenon Marbles.  In 2018, local Hondos Center department stores joined a campaign launched for the return of the Venus de Milo to Greece.