Greece and Poland to Join Forces for Culture 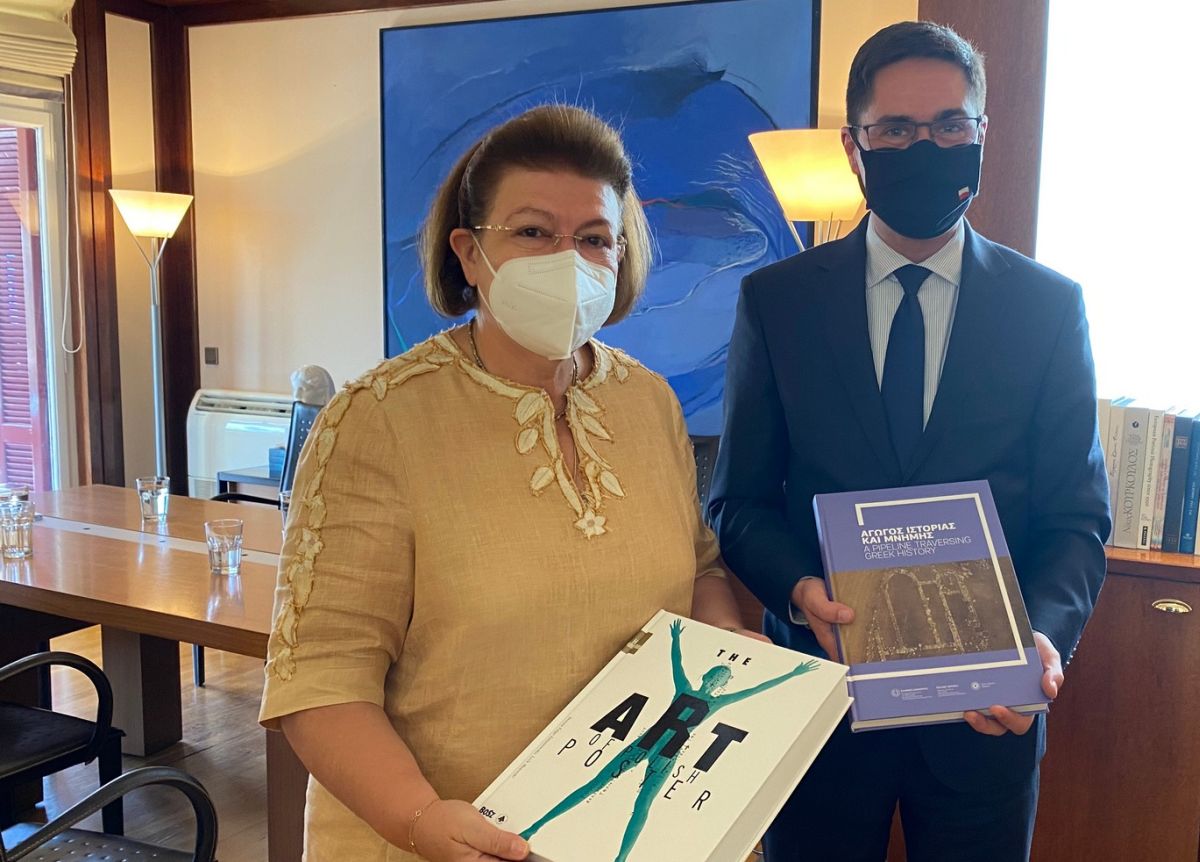 Closer cooperation on issues of culture between Greece and Poland topped the agenda of talks this week between Greek Culture Minister Lina Mendoni and Ambassador of Poland to Greece, Artur Lompart.

Mendoni and Lompart discussed events and initiatives taking place in Warsaw marking the 200th anniversary of the Greek War of Independence.

The Greek culture minister said research was being conducted on the contribution of Philhellenes from Poland to Greece’s 1821 struggle.

Other issues discussed included the repatriation of artefacts belonging to persecuted Jews of Thessaloniki who died at Auschwitz. Lompart assured Mendoni that the Polish government would make every effort to simplify bureaucratic procedures for the repatriation of the relics currently kept in the Auschwitz National Museum.

The two sides also discussed the launch of the Polish Archaeological Institute in Athens, which will carry out excavation works and organize actions to promote Polish culture.

“We remember the past and speak about the future,” Lompart said.

Mendoni pledged the ministry’s support of the Polish Archaeological Institute in Athens, which is scheduled to be launched next month.

The Greek culture minister went on to propose a common exhibition in collaboration with the Philhellenism Museum in Athens featuring the work of Polish philhellenes.

“There is significant scope to deepen our cultural ties. We have a rich cultural reserve and at the same time interesting contemporary art and significant popular culture, just like you,” said Mendoni.

She thanked Lompart for expressing Poland’s intention to return the artefacts belonging to the Thessaloniki Jewish community.

Lastly, the ambassador invited the Greek culture minister to plant a tree in the garden of the Athens Concert Hall  in memory of Polish composer Krzysztof Penderecki.

Skytrax: Qatar Airways is ‘Airline of the Year’ for Sixth Time