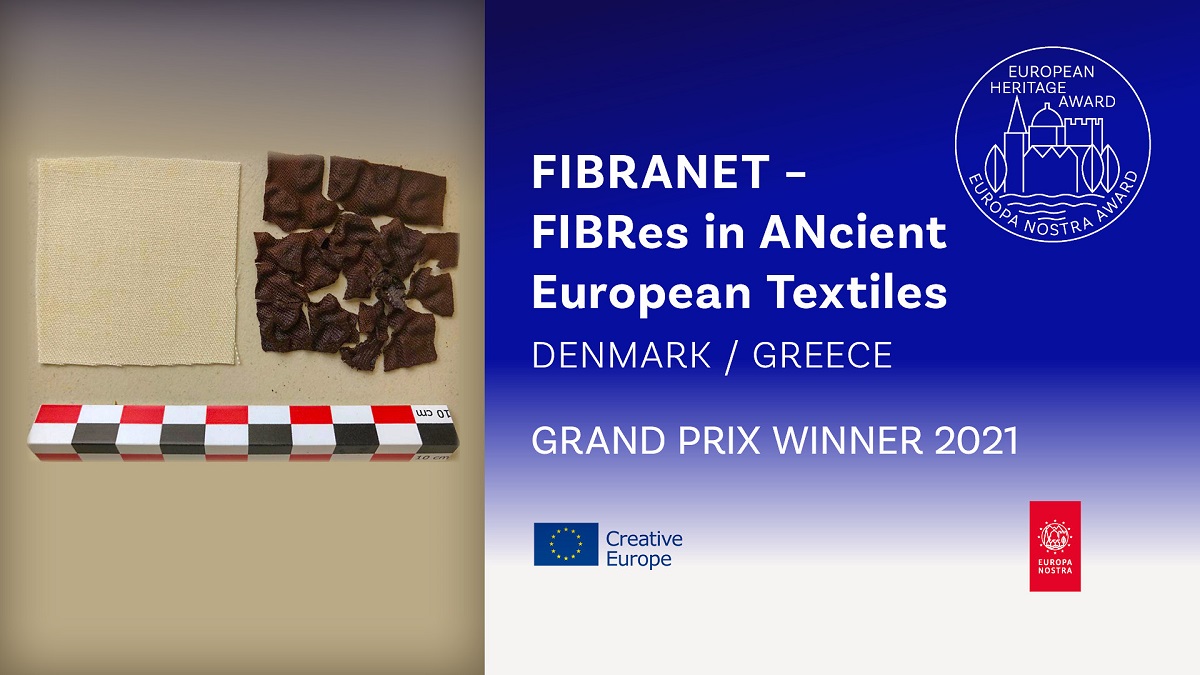 Greece and Denmark were announced 2021 Grand Prix laureates at the this year’s European Heritage Awards / Europa Nostra Awards for their FIBRANET – FIBRes in ANcient European Textiles project. The awards ceremony was held at the headquarters of the Giorgio Cini Foundation in Venice on Thursday.

The FIBRANET – FIBRes in ANcient European Textiles is an innovative Greek-Danish joint research project that provides new knowledge about the degradation of ancient fibres, informing both archaeological practice and providing crucial knowledge for Europeans, as they look for solutions to deal with the waste produced by the fashion and textile industries. 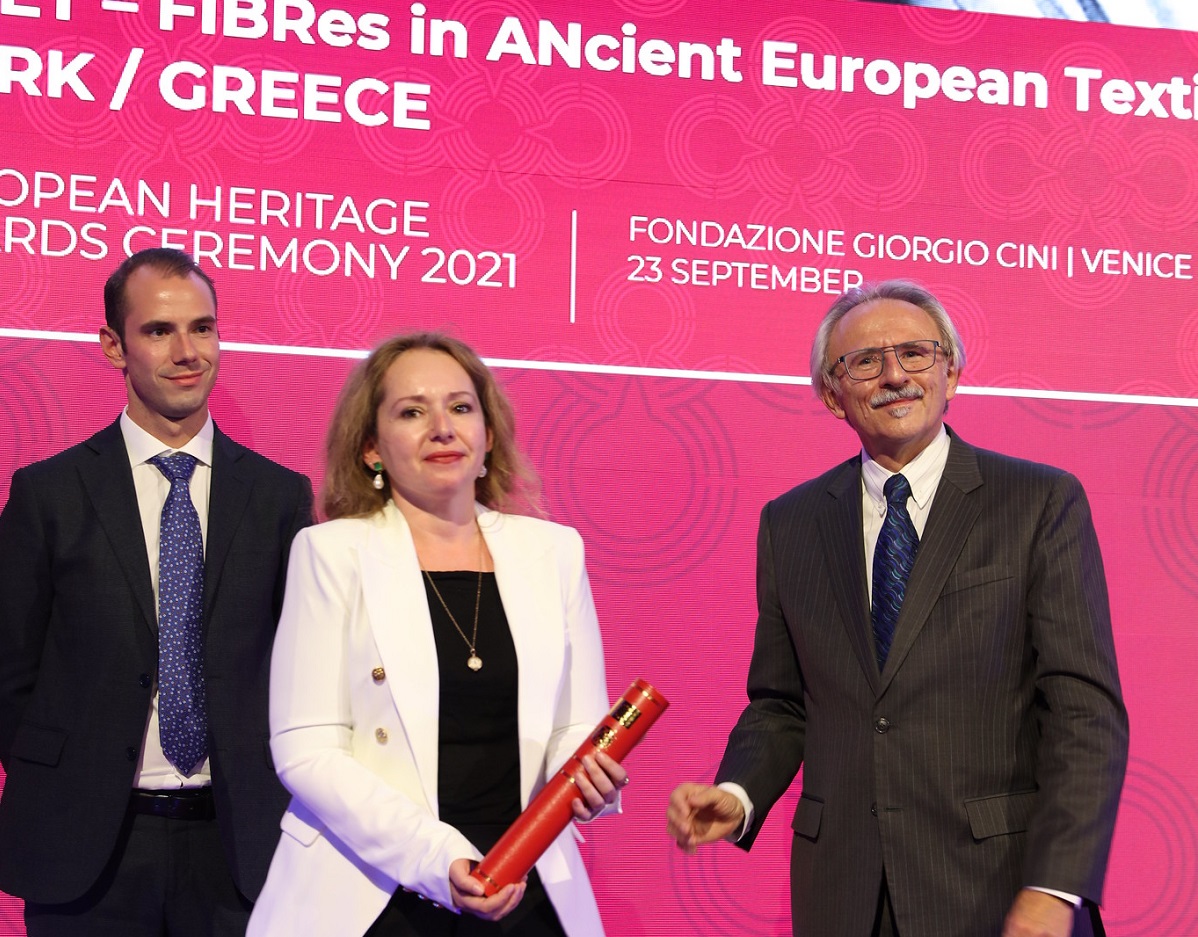 The event celebrated four Grand Prix laureates and the Public Choice Award winner that were selected from among this year’s 24 winning achievements from 18 European countries.

The remarkable rehabilitation of the Wooden Church of Urși Village (Romania) is the big winner of 2021: it received a Grand Prix and the general public selected it as their favourite heritage project in Europe.

Some 7,000 citizens from all over Europe voted for the Public Choice Award via the Europa Nostra website. 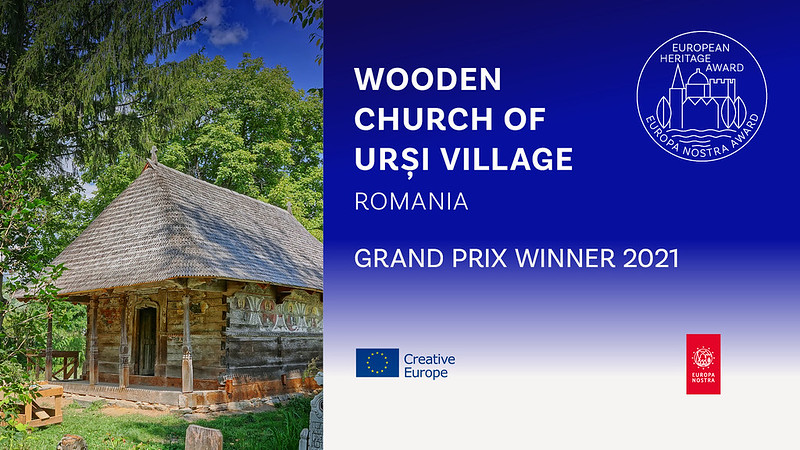 The other 2021 Grand Prix laureates are:

– the Technical Committee on Cultural Heritage (Cyprus), established in 2008 by the Greek Cypriot and Turkish Cypriot leaders under the auspices of the United Nations and

– the Invention of a Guilty Party, Trento (Italy), an exemplary exhibition that shows the relevance of a historical case of anti-Semitism to contemporary conversations around discrimination and intolerance in today’s Europe.

The Grand Prix laureates, chosen by the Board of Europa Nostra on recommendation by an independent jury of experts, will receive 10,000 euros each. 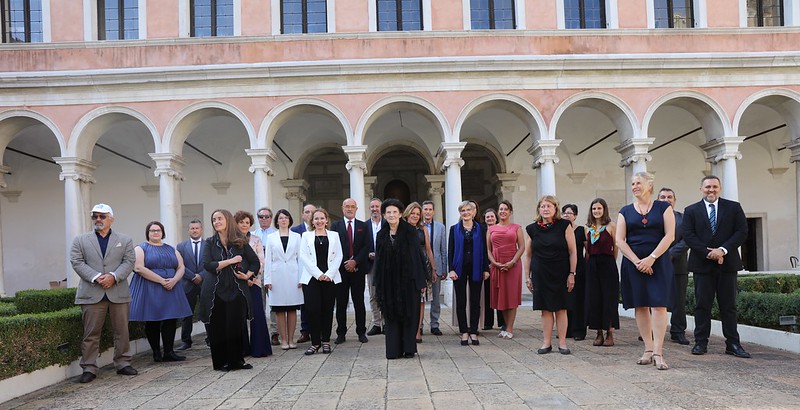 During the ceremony, the two winners of the ILUCIDARE Special Prizes 2021 were also unveiled:

– HAP4MARBLE − Marble Conservation by Hydroxyapatite (Italy), for excellence in heritage-led innovation and

ILUCIDARE is a project funded by Horizon 2020 with the aim to establish an international network promoting heritage as a resource for innovation and international relations.

The 2021 European Heritage Awards / Europa Nostra Awards ceremony is one of the main events of the European Cultural Heritage Summit 2021 held during September 21-24 in Venice.

Neighborhoods in Athens are Getting New Sidewalks