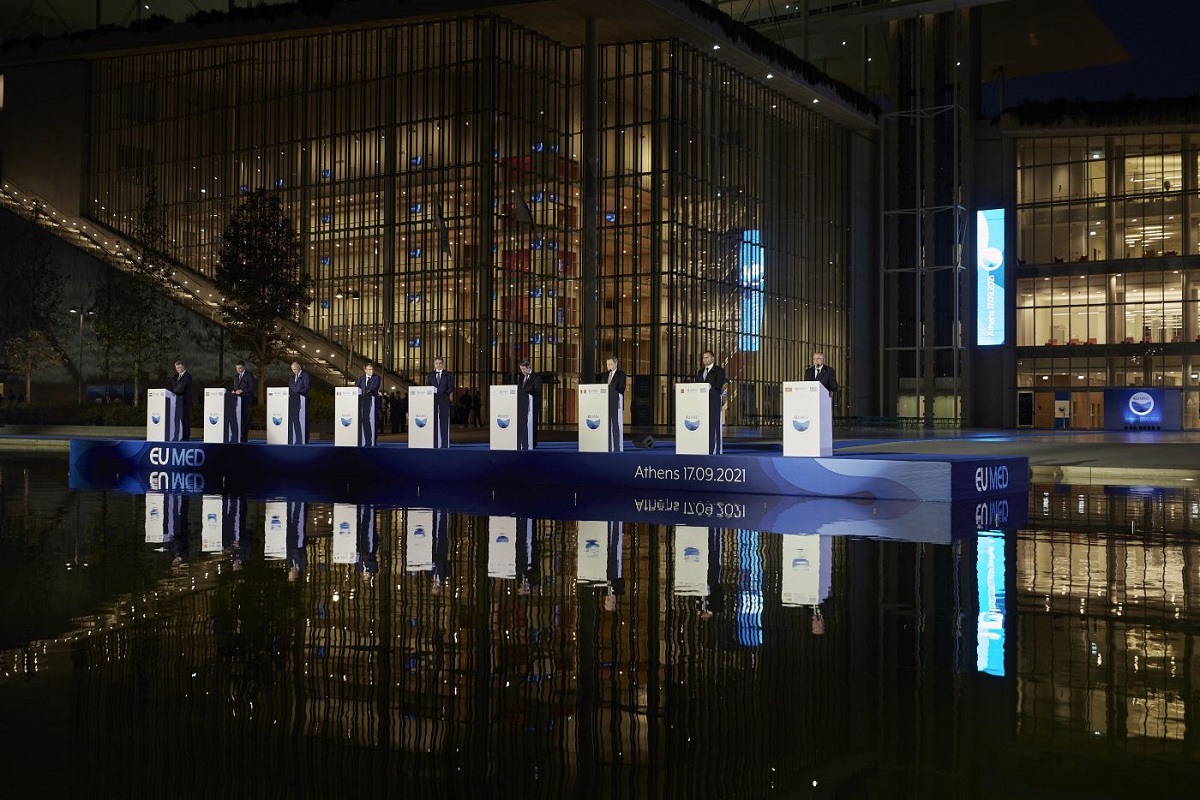 EU leaders adopted the Athens Declaration on Climate Change and the Environment in the Mediterranean during the 8th EUMED 9 Summit held in the Greek capital last week.

The nine leaders of Southern EU countries, most of which faced terrible wildfires over the summer, said in the declaration – an initiative of Greek Prime Minister Kyriakos Mitsotakis – that “a peaceful, stable, secure and prosperous Mediterranean is a strategic priority for the EU”.

Mitsotakis, who hosted the EU leaders in Athens on Friday, underlined that Mediterranean nations should lead the way in addressing climate change, adding that not doing so was “unimaginable”, especially in view of warnings by scientists that the region has already become a “wildfire hotspot”.

He added that Mediterranean countries must be at the “frontline”, adding however that urgent global action is also required to address the dire predictions. The issue will be discussed further during the UN COP26 climate conference to open in Glasgow on October 31. 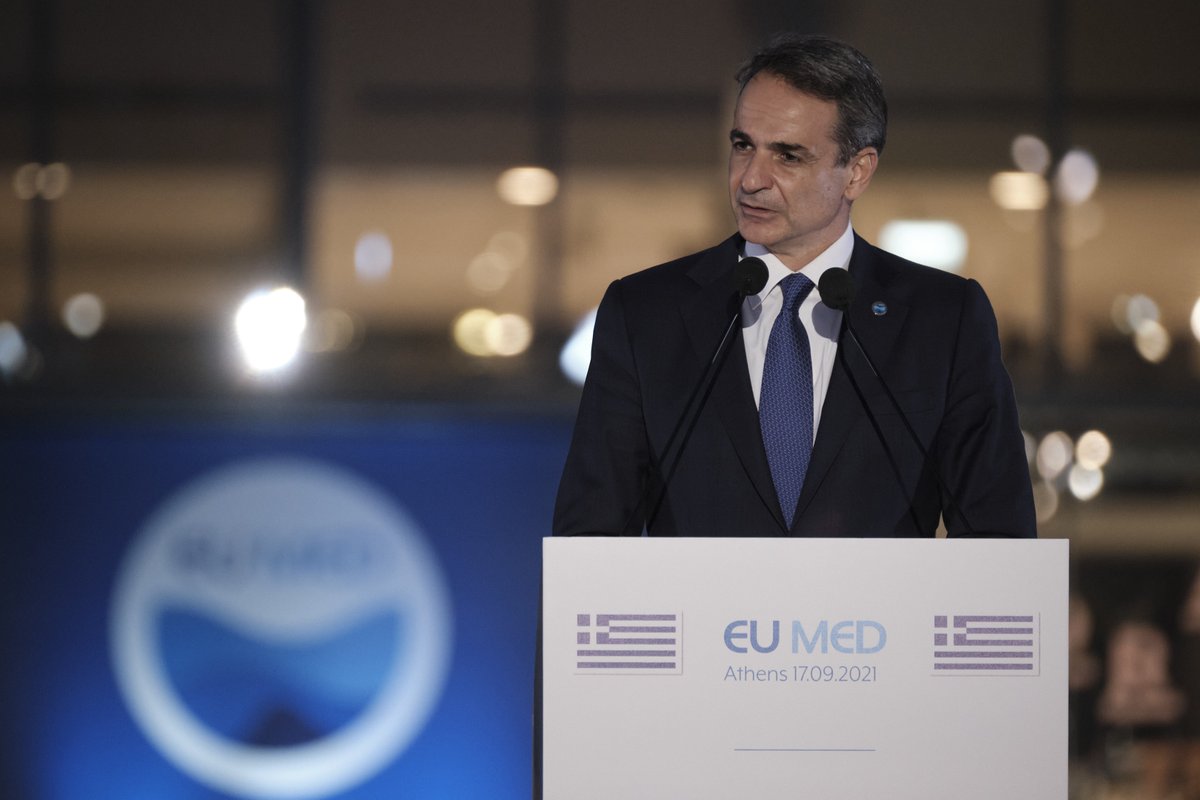 “I no longer want to talk about climate change. I want to talk about the climate crisis, it’s already here,” Mitsotakis told Reuters. “And in order to address it, we need horizontal policies which essentially permeate every aspect of our economic and our social life.”

In a potential worst-case scenario, the climate crisis would mean the “destruction of human civilization as we know it”, he added.

Indicatively, according to the UN’s World Meteorological Organization, climate change-created disasters have over the past 50 years cost the lives of over 2 million people.

At the same time, referring to the cost of the climate crisis, Mitsotakis said its impact on global and national economies was “unimaginable”. 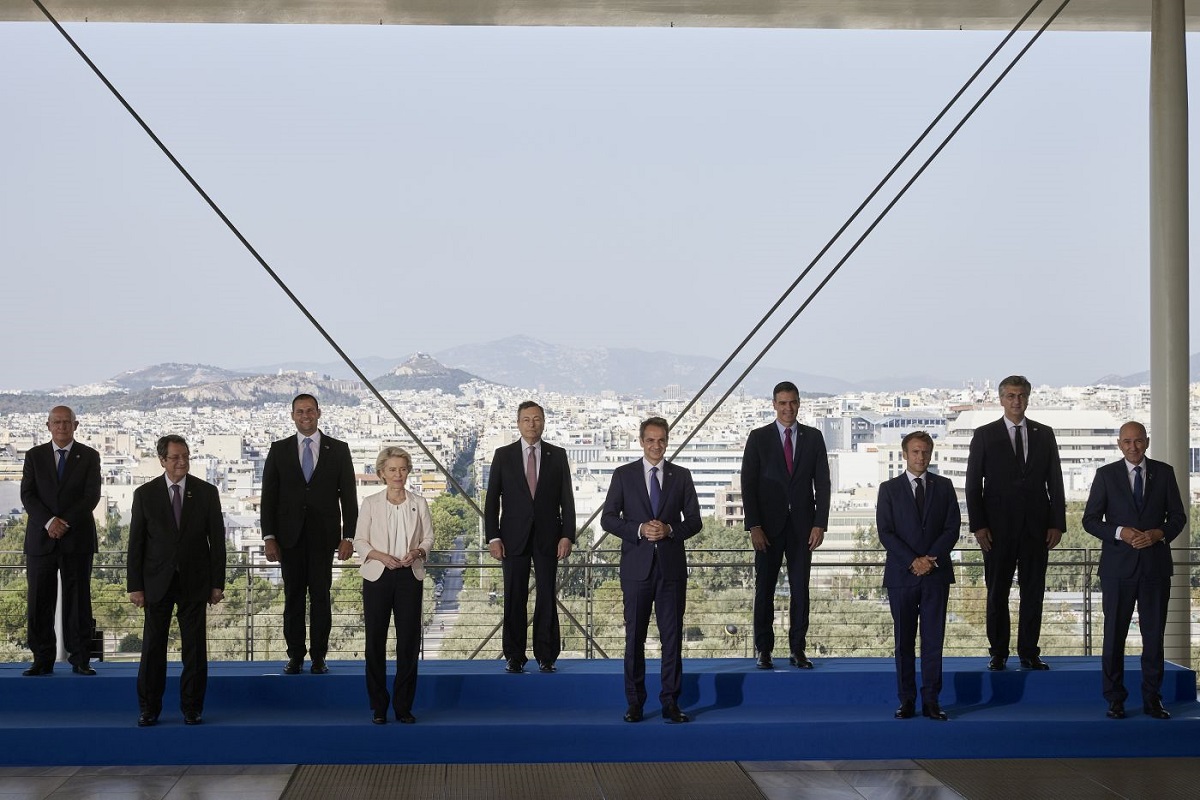 Other conclusions of the 8th EUMED 9 Summit include allowing decisive action when member states’ interests are threatened, the cooperation of the EU in enforcing Council decisions, particularly in the case of Turkey and sanctions for violations.

EUMED 9 leaders also decided against any form of  “manipulation” of the refugee crisis and called for the protection of borders and sanctions in cases of organizations facilitating the illegal influx of migrants.