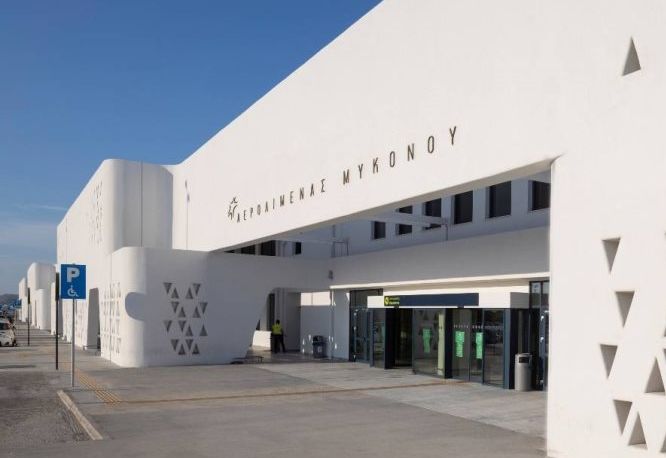 Passenger traffic at the 14 Greek regional airports managed by Fraport Greece showed a significantly improved performance during the first eight months of the year compared to the same period in 2020.

According to preliminary data by Fraport, some 10.48 million passengers passed through the 14 airports during the January-August period, up from about 5.5 million year-on-year, recording an increase of 89.5 percent.

However, it should be mentioned that despite the improvement over 2020, passenger traffic at the 14 airports is still significantly reduced when compared to 2019 figures (21.7 million passengers during January-August). 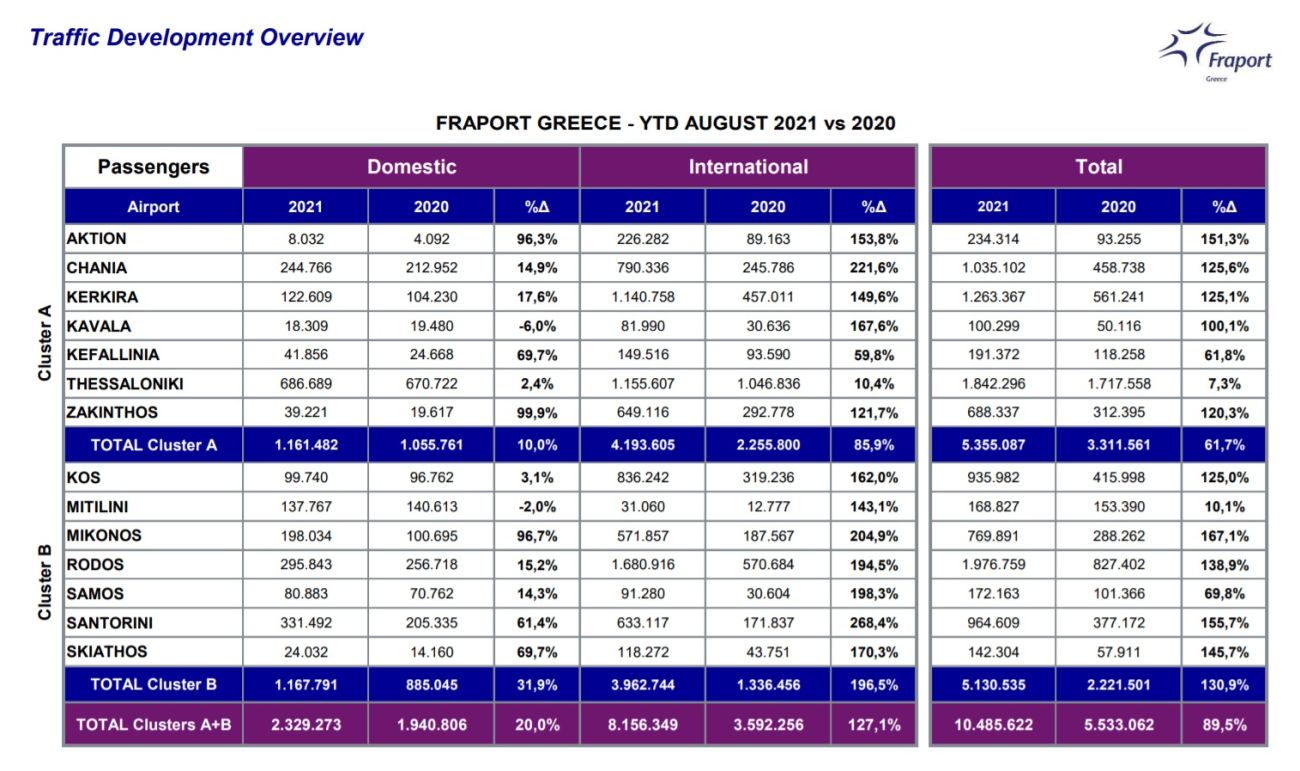 Out of the total number of passengers that landed at the 14 airports in Greece during January-August, some 8.16 million were international arrivals (up by 127.1 percent) and some 2.33 million were domestic travelers (up by 20 percent).

The airport on Greek island of Mykonos recorded the largest increase during the first eight months of the year. The airport’s passenger traffic jumped by 167.1 percent, reaching a total of 769,891 passengers. 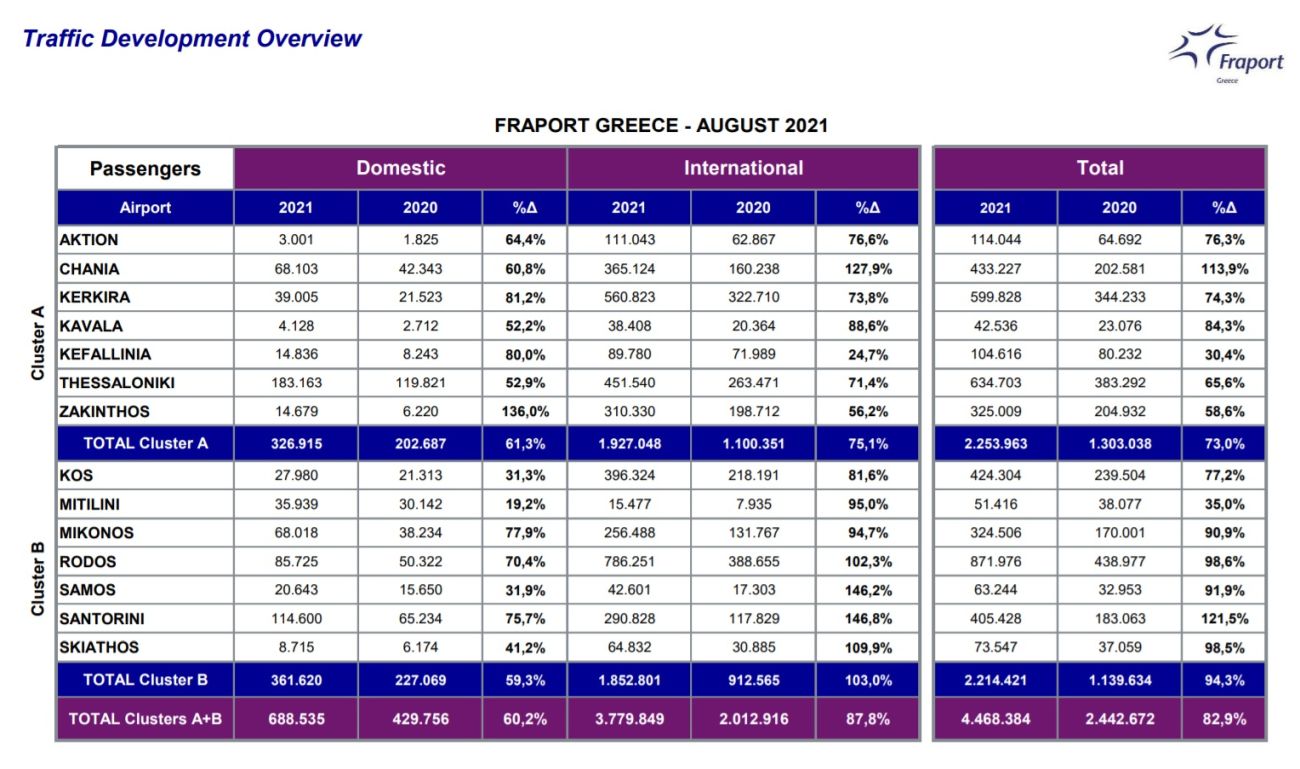 In August alone, the 14 Greek regional airports saw some 4.4 million passengers, an increase of 82.9 percent year-on-year. International arrivals were up by 87.8 percent (3.78 million) and domestic passengers increased by 60.2 percent (688,000).

According to Fraport Greece’s data, the most arrivals in August were from Germany, the UK, Italy, Poland, France and the Netherlands.