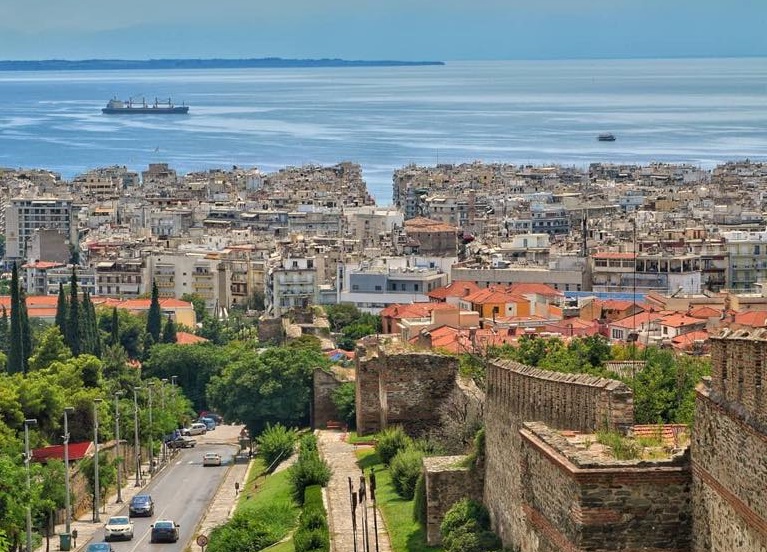 A number of antiquities unearthed during works for the construction of the Aghia Sofia metro station in Thessaloniki, have returned to their original location, the Culture Ministry announced on Sunday. 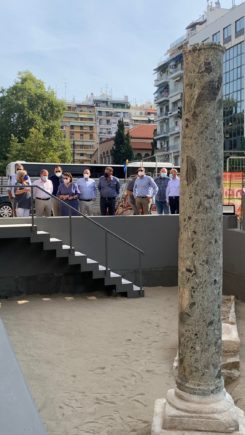 The antiquities were detached from the site in 2017. Following the station’s completion, the antiquities have been installed into their original location.

These include parts of the paved square dating back to the 6th century AD, the pillar and two columns.

The project also foresees the arrangement of the area and its enrichment with information material.

Speaking to the Athens News Agency (ANA), Culture Minister Lina Mendoni referred to a “special moment” when speaking of the antiquities’ return.

“It is a special moment as it showcases the method of restoring antiquities which have been detached and installed back into their original location,” she said during an on-site inspection visit.

The antiquities of the Aghia Sofia metro station offer a lot of evidence about the history of Thessaloniki during early Christian times.

The Culture Ministry is also conducting a study for the promotion of the mid-Byzantine antiquities located north of the station’s entrance.