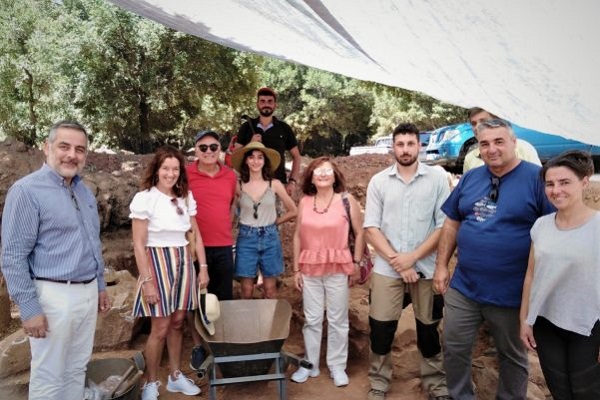 British best-selling author Victoria Hislop recently visited the archaeological site of the Lasithi Plateau (known as Oropedio Lasithiou in Greek), an area of great historic significance on the eastern part of Crete.

Excavations have resumed in the area after 100 years under the supervision of the Culture Ministry, with funds provided by the Lasithi Plateau Municipality.

During her visit, Hislop said she was impressed by the area, with its archaeological site dating back to the period of the Minoan civilization, as well as its history, tradition, natural beauty and locals. 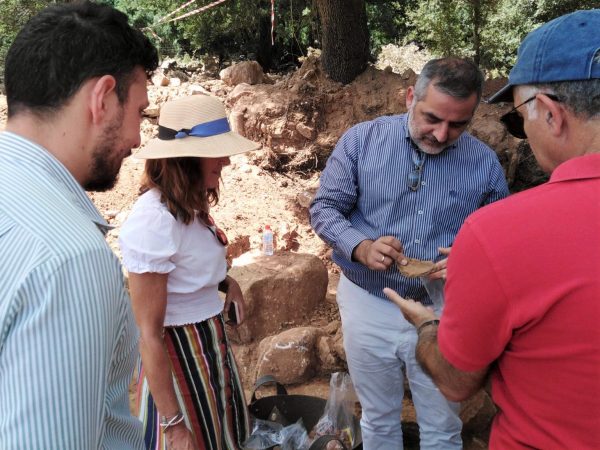 Hislop visits Greece frequently and has a second home on the island of Crete. In 2020, she was officially granted the Greek citizenship for her contribution to the promotion of Greece’s history and traditions through her books. 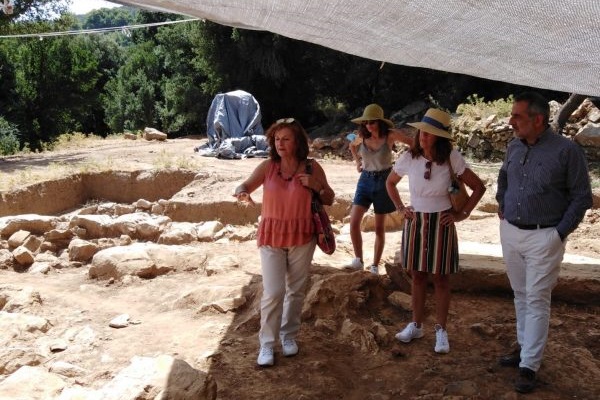 She has also contributed to the promotion of Crete as a tourism destination through her books and activities.

“The Island”, one of her many best-selling novels is set on Spinalonga, an island off the coast of Crete that was Greece’s leper colony for much of the 20th century.

The book was adapted by Greece’s Mega Channel as a 26-episode series titled “To Nisi”, which premiered on Greek television in October 2010 and was considered a huge success among viewers and TV critics.

A new TV series based on her book “Cartes Postales from Greece” will soon launch on Greece’s public television ERT.