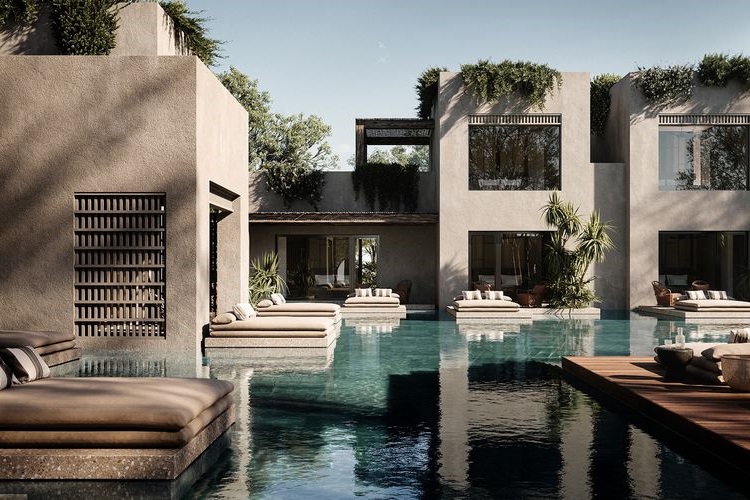 Casa Cook Hotels, a hospitality brand of international leisure company Fosun Tourism Group, has announced plans to open a new property on the Greek island of Samos in May 2022.

Only a stone’s throw from the island’s Pythagorion village, the 128-room adults-only retreat will feature swim-up suites, quite literally countless swimming pools and its own private villa that will bring the Casa Cook trademark laid-back luxury to one of the Mediterranean’s most historically-rich surroundings.

Inspired by traditional Greek houses or the “Kamares” found in Samian villages, the hotel’s architecture will be down-to-earth and inclusive. “The historic concept of a Grecian village has been embodied in the modern space, where the hotel’s infinite swimming pools act as the town center for each small ‘neighborhood’ within the hotel,” Casa Cook Hotels says.

The new hotel will also feature the seaside Beach House restaurant offering panoramic views of the Aegean Sea, a gym, an outdoor yoga shala and a wellness centre complete with spa suites, hammam massages and a nail salon.

Casa Cook Hotels also operates an adults-only retreat on the island of Rhodes.

Casa Cook was one of the Thomas Cook brands acquired by Fosun Tourism Group in late 2019.

It is reminded that earlier in 2021, Fosun Tourism Group had announced the reopening of the Casa Cook and Cook’s Club hotels in Greece.