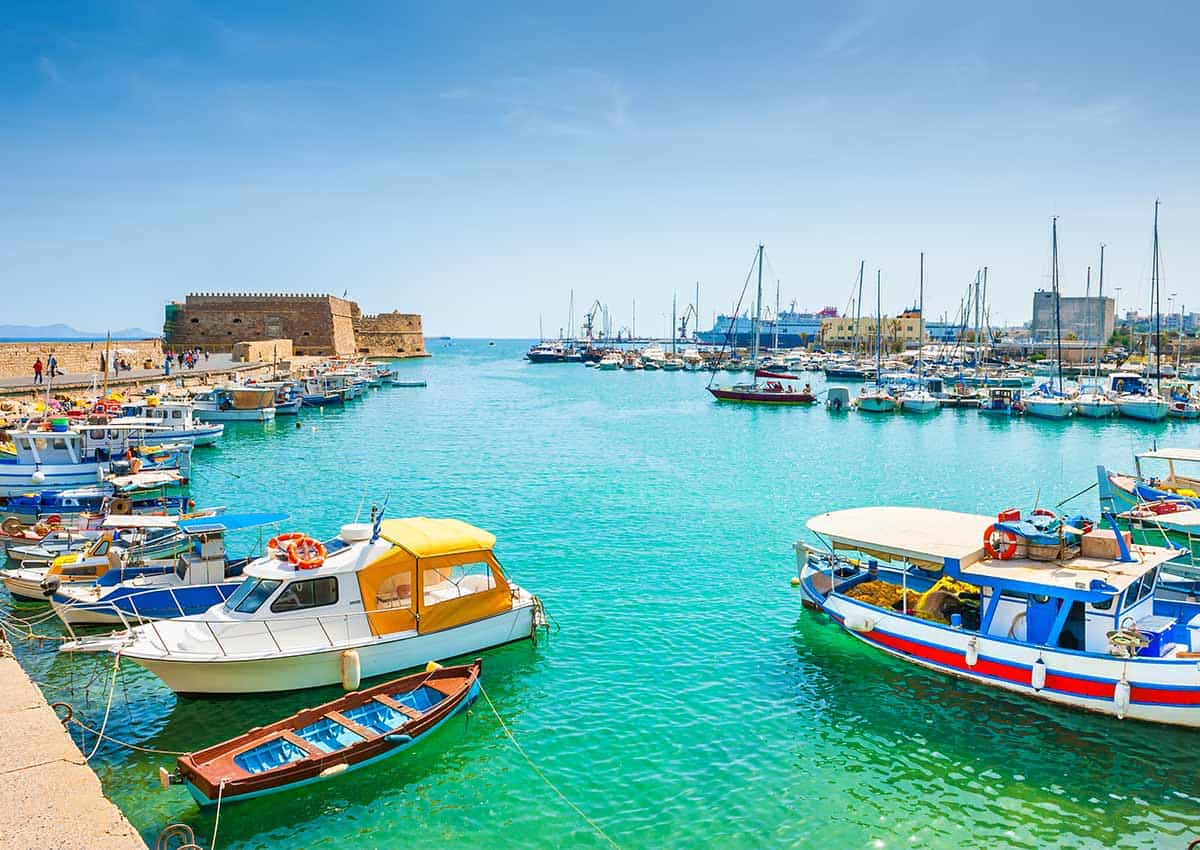 Greece was the stand-out tourism destination in Europe this summer as it achieved some 86 percent of July and August 2019 arrivals, ForwardKeys said on Monday.

According to new research by the travel analytics firm, international flights to European destinations in July and August this year reached 39.9 percent of pre-pandemic levels.

Although Europe’s performance is significantly better than last year (26.6 percent), ForwardKeys said the picture was “very mixed”, with some destinations doing considerably better than others.

ForwardKeys added that the outlook is not improving, as bookings slowed towards the end of the summer period.

Greece in the lead for July-August arrivals 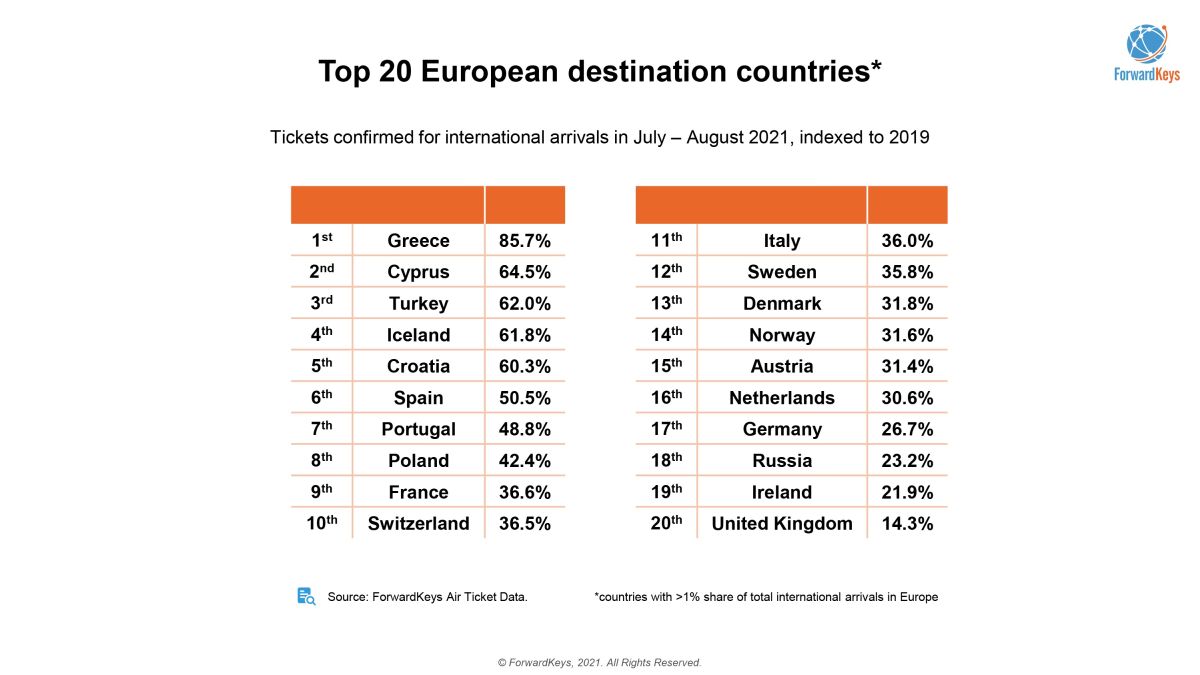 Looking at performance by country, ForwardKeys said that “Greece was the stand-out”, achieving 86 percent of July and August 2019 arrivals. The country was followed by Cyprus, which achieved 64.5 percent, Turkey (62 percent) and Iceland (61.8 percent).

“Greece and Iceland were amongst the first countries to make widely publicised claims that they would accept visitors who had been fully vaccinated and/or could show a negative PCR test and/or could show proof of recovering from  Covid-19,” ForwardKeys said.

The travel analytics firm said that the countries which fared worst were those which rely more on long haul tourism, such as France and Italy and those that imposed the most onerous and volatile travel restrictions such as the UK, which languished at the bottom of the list. 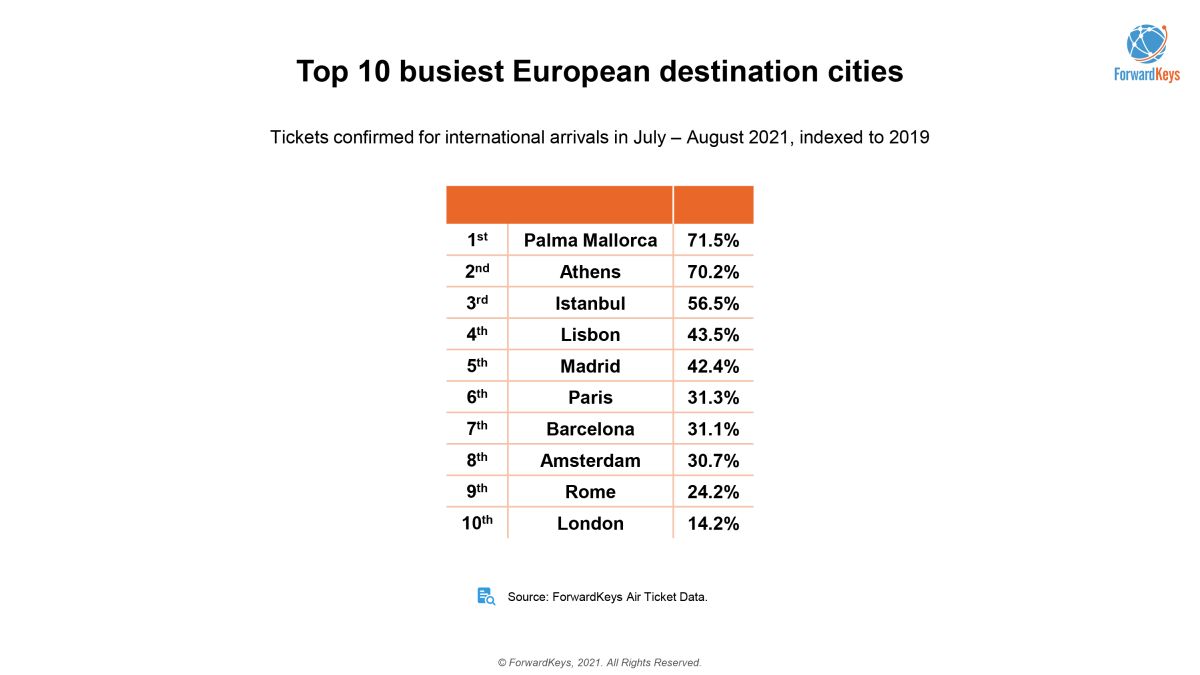 Moreover, excluding low-cost carriers, intra-European flights made up 71.4 percent of arrivals in July and August, compared with 57.1 percent in 2019.

“The relative disappearance of long-haul visitors, who typically stay longer, spend more and focus their attention on cities and sightseeing, was underlined in rankings of the best and worst performing local destinations,” ForwardKeys said.

According to ForwardKeys latest figures, the list of busiest European cities is headed by Palma Mallorca, reaching 71.5 percent of 2019 levels and by Athens at 70.2 percent. 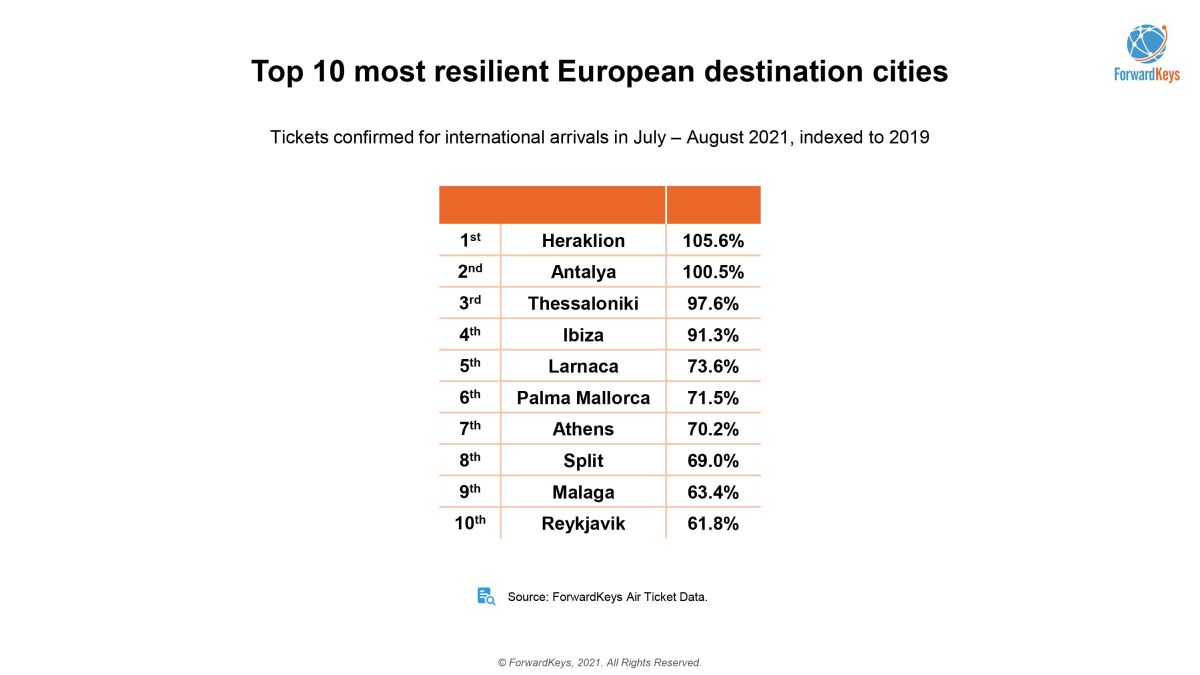 By comparison, leisure destinations proved to be much more resilient, according to the data. The leaders were Heraklion (Crete) and Antalya, which exceeded pre-pandemic levels by 5.8 percent and 0.5 percent respectively. They were followed by Thessaloniki, 98.3 percent; Ibiza, 91.8 percent; Larnaca, 73.7 percent, Palma Mallorca, 72.5 percent and Athens, 70.2 percent.

“When one considers how dreadful things were for tourism in Europe last year, this summer has been a very modest recovery story,” Olivier Ponti, VP Insights of ForwardKeys said.

However, he added that when benchmarked against normal times, the continued low intensity of international air travel – less than 40 percent of normal – has been “extremely damaging” for the aviation industry.

Greece will Welcome US Visitors Until End of Season, Says Tourism Minister