Running for a Good Cause: ‘Olympic Day Run GREECE’ Joins Forces with ‘The Smile of the Child’ 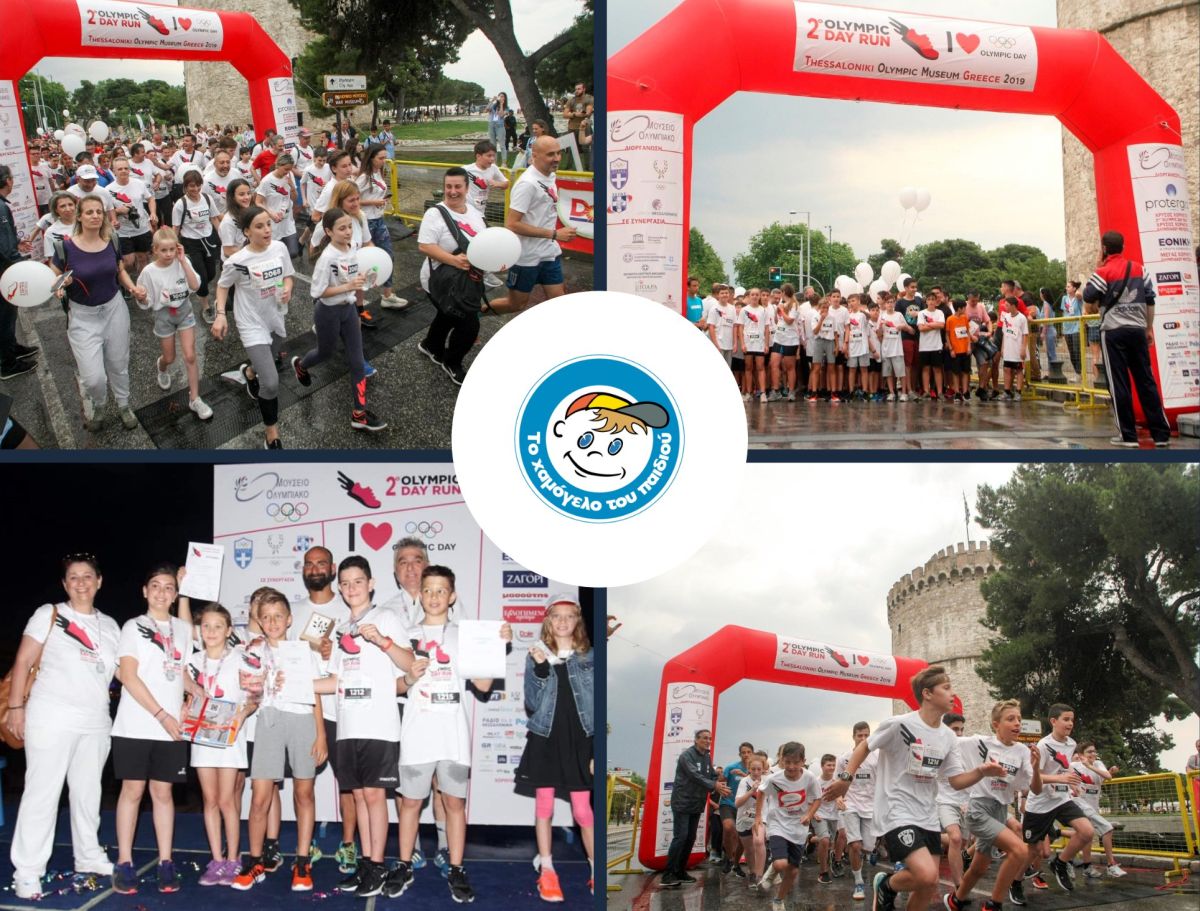 Registrations are open until September 10!

The organizers of the “Olympic Day Run GREECE” event on Thursday announced a special collaboration with “The Smile of the Child” organization, aiming to put more smiles on the faces of children in need.

The ultimate Olympic experience of the “Olympic Day Run” will return for the fourth year to Thessaloniki on Sunday, September 26. The only Olympic road running race in the country will take place with the participation of Olympians, Paralympians, distinguished athletes and coaches, sports clubs and associations from all over the country, as well as active citizens.

Besides promoting the Olympic spirit and “fair play”, participants in this year’s event will also be running for a good cause as by registering in the 2km race and selecting one of the social contribution packages they are also supporting “The Smile of the Child”. With each registration 3 euros go to the organization’s cause so that every child can have everything it deserves. 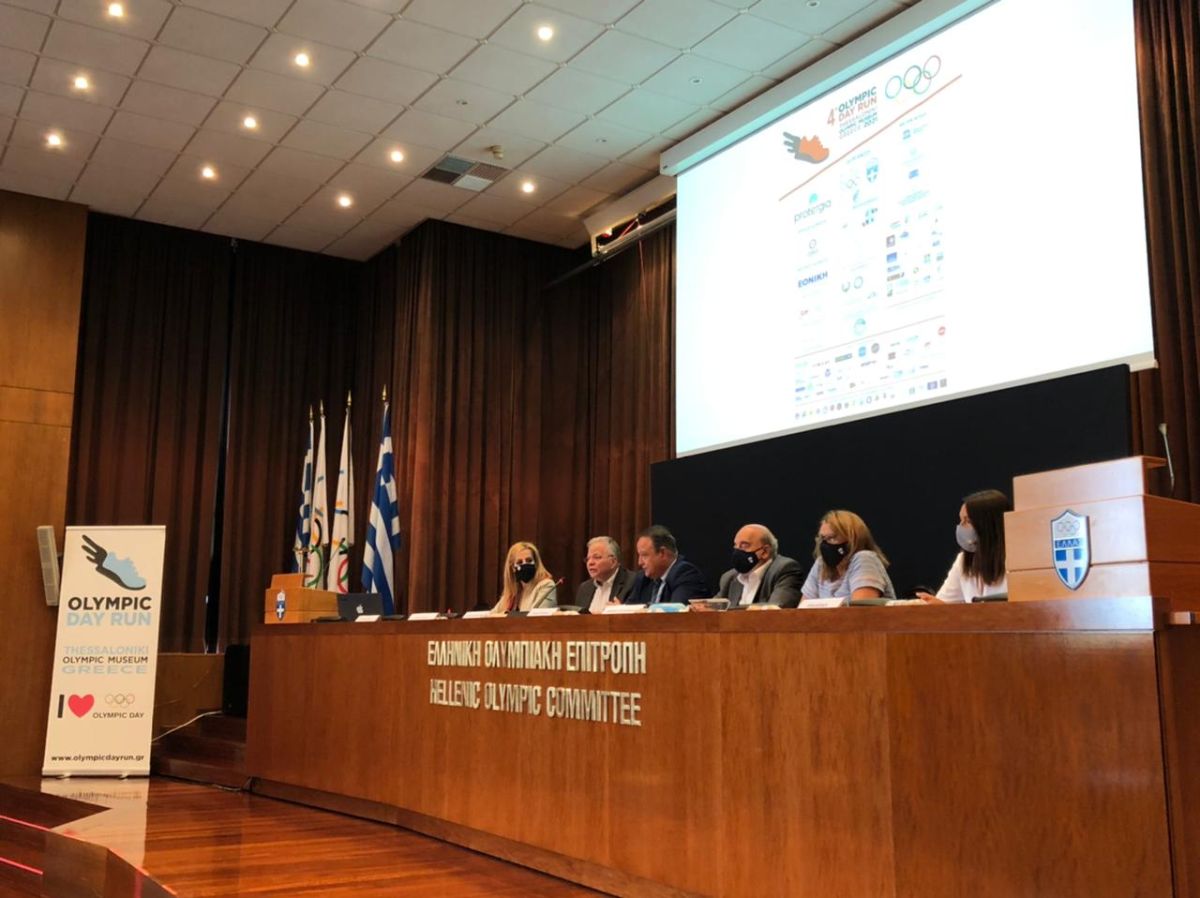 “It is with great pleasure that the Hellenic Olympic Committee and the Olympic Museum decided to dedicate the ‘Olympic Day Run’ this year to the ‘The Smile of the Child’ organization, joining forces for such an important cause. The ‘Olympic Day Run’ is a running race that has a social character and supports the Olympic values, highlighting the good sportsmanship and the importance of fair play, based on solidarity, which is also the main value that drives the purpose of the ‘The Smile of the Child’,” said Hellenic Olympic Committee President Spyros Kapralos, speaking during a press event to announce the collaboration.

“This year, with this collaboration, we want to share smiles with these children who are the future of our country, and to show them that the Olympic family is by their side, supporting them in their own struggle, thus connecting the essential meaning of solidarity with the Olympic ideal,” Kapralos added. 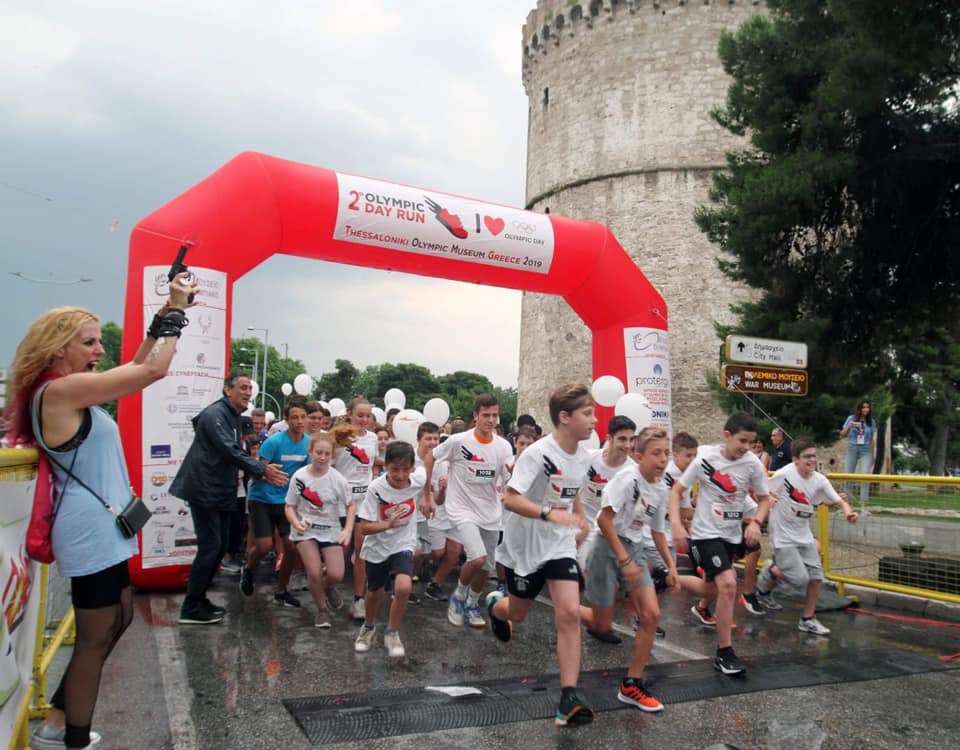 On his part, the president of the “The Smile of the Child” organization, Konstantinos Giannopoulos, said it is a great pleasure and honor to participate in the 4th “Olympic Day Run GREECE” and in the dissemination of the Olympic idea.

“In its 25 years of operation, ‘The Smile of the Child’ honors, defends and faithfully follows the values and ideals that govern it, such as equality, respect, dignity. Values that are inextricably linked to sports and the spirit of the Olympic idea, as sports education contributes substantially to the social and moral education,” he said.

Speaking during the event, Thessaloniki Mayor and chairman of the event’s organizing committee, Konstantinos Zervas, underlined the importance of keeping the Olympic spirit alive through sports events, especially in Greece.

“The global institution established by the International Olympic Committee to celebrate the revival of the Olympic Games, and honor their birthplace, is a special honor and joy that takes place for the fourth consecutive year in Thessaloniki. A special feature of the race is that it also supports the cause of the ‘The Smile of the Child’ organization, giving us an important symbolic message of social sensitivity,” the mayor said. 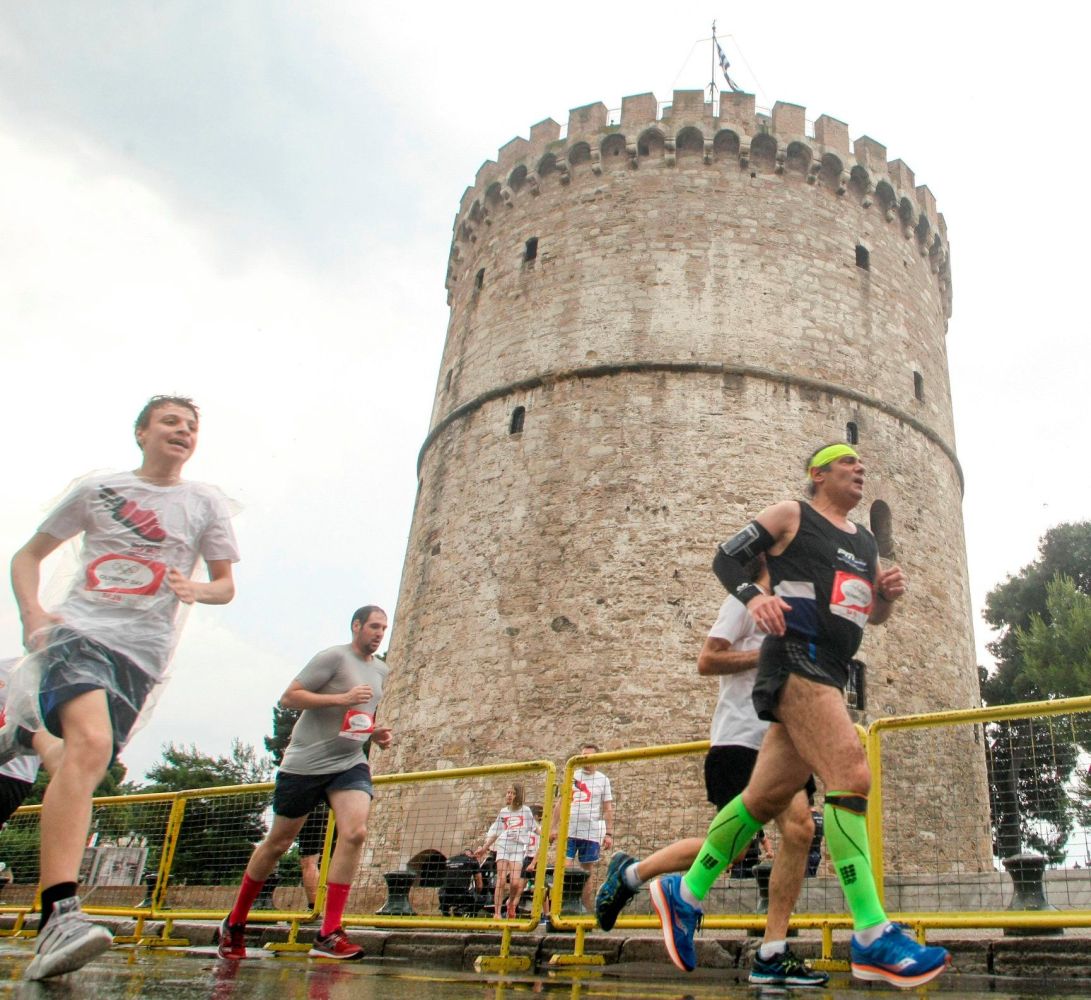 As underlined by the organisers, the 4th “Olympic Day Run GREECE” is the landmark race for the Olympic family, which 125 years after the first Olympic Games of 1896 will mark the “restart” of sports through a majestic Olympic event, which honors the universal Olympic values.

During the presentation of the event, Greek Deputy Minister of Culture and Sports Lefteris Avgenakis highlighted that the “Olympic Day Run” is a unique event in Greece to celebrate the International Olympic Day.

“It is an important running event that communicates Greece internationally as the birthplace of the Olympic Games and makes Thessaloniki a world Olympic center,” the minister said.

Avgenakis added that the International Olympic Day emphatically states that the Olympic Games are not just races and performances but a “timeless idea”, which originates from antiquity and is passed down from generation to generation and continues undistracted throughout time.

“The Olympic Games teach the value of the common harmonious and peaceful coexistence of athletes from different sociocultural backgrounds. Olympism demonstrates that peace, ‘fair play’ and good sportmanship are essential components of the society we want to have. It is a great opportunity to join forces and build on the solid values of the Olympic ideal,” he said.

Registrations can be made here until September 10.

For further information on the event, press here and here.

The 4th Olympic Day Run GREECE will be held with the support of the Hellenic Olympic Academy, the Hellenic Olympic Winners Association, the Greek Paralympians Association, the Region of Central Macedonia and Thessaloniki International Fair-HELEXPO. The event will take place under the auspices of the Hellenic National Commission for UNESCO, the Ministry of Interior of the Macedonia-Thrace sector, the General Secretariat of Sports, and 25 municipalities in Northern Greece.

Olympic Yacht Show 2021 Aims to Give Maritime Tourism a Boost