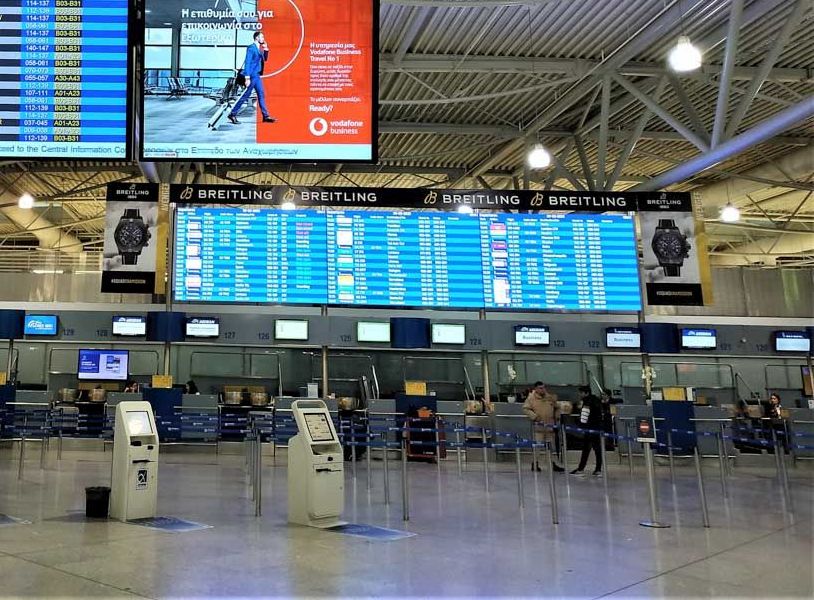 Greece during the last week of August had 2,042 flights on a daily basis, only 3 percent less compared to the corresponding week two years ago, before the Covid-19 pandemic.

According to recent data released by Eurocontrol, Greece at the end of August had the lowest rate of decline in Europe in terms of the number of flights compared to 2019.

Overall in the ranking of European countries with the most flights for the week from August 26 to September 1, Greece is in 7th place, while Spain is in the lead with a total of 4,104 flights, down by 25 percent compared to the corresponding period 2019.

Eurocontrol also highlighted that air traffic in August was at 71 percent of 2019 levels, slightly above its most optimistic scenario announced in June that referred to the network handling 69 percent of 2019 traffic levels in August.

The top 10 continues with Turkey sixth with 3,011 flights (-16 percent). As mentioned Greece is the seventh country with the most flights for the week from August 26 to September 1 and the only case with a single digit number falling down by three percent versus the same week in 2019 and down four percent versus over two weeks at the peak of August.