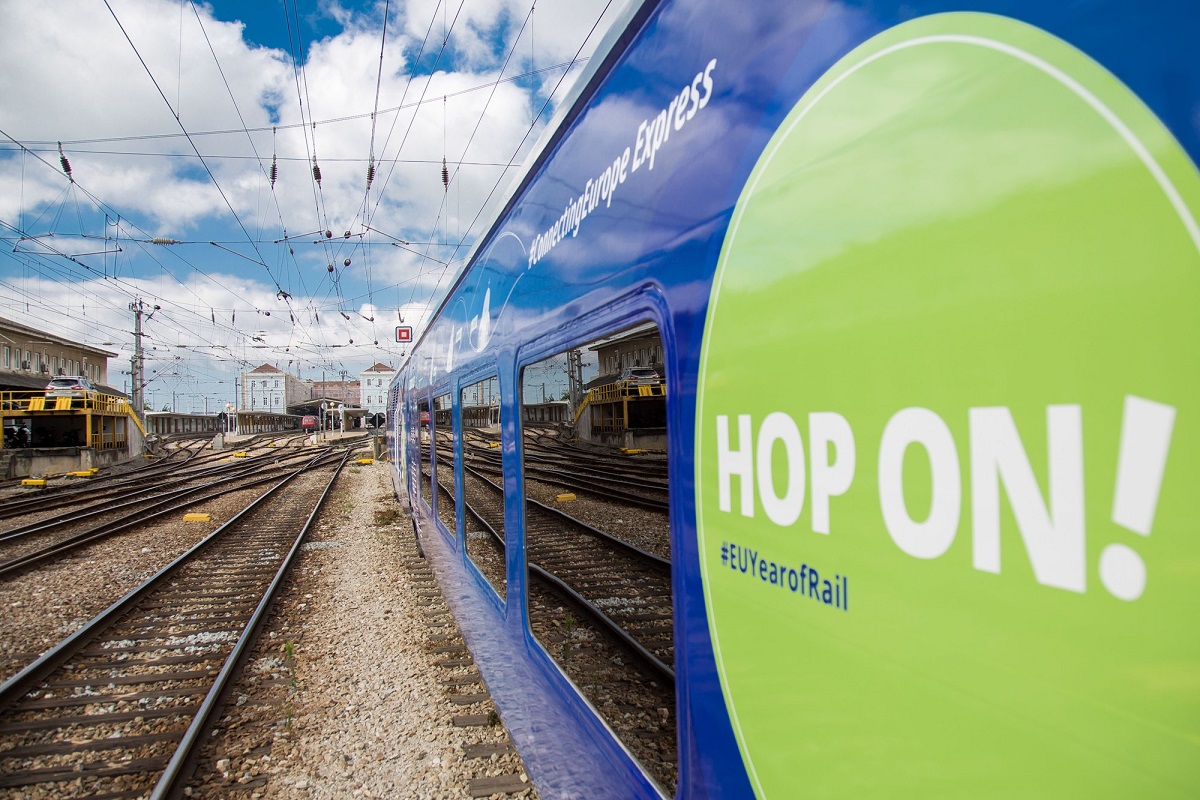 The “Connecting Europe Express”, a special train put together as part of the European Year of Rail 2021, departed the Lisbon train station on September 2 for a five-week journey to over 100 towns and cities including Athens. 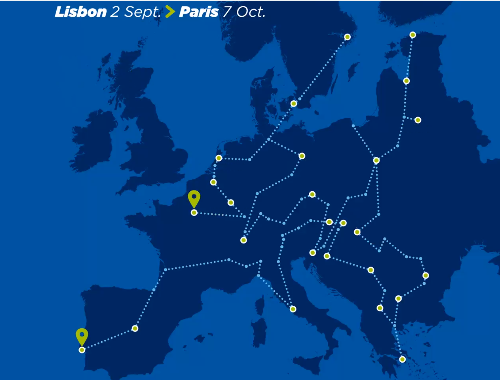 The train will pass through Spain, Italy, Austria and Serbia before arriving in Greece on September 14. It will make a stop in Athens, Idomeni and Thessaloniki.

Its journey will conclude in Paris on 7 October.

The train will also make a notable stop in Ljubljana, connecting the Portuguese, Slovenian and French Presidencies of the Council of the EU.

Due to the different gauge widths in Europe, the Connecting Europe Express will comprise, in reality, three trains – the Iberian train, the Standard train and the Baltic train – that will meet along the route.

The project is a reminder of the lack of interoperability between some parts of Europe’s rail network, but it will also demonstrate the very good cooperation in place between railway undertakings and infrastructure managers.

Along the route, various events are planned to welcome the train at railway stations across Europe. Rail enthusiasts can also follow debates happening on board as well as conferences on EU infrastructure policy and the role of the Trans-European Transport Network (TEN-T), that will be livestreamed via the event website from Lisbon, Bucharest, Berlin and Bettembourg. For further information, check the official website: https://www.connectingeuropeexpress.eu/

“Rail has shaped our rich, common history. But, rail is also Europe’s future, our route to mitigating climate change and powering economic recovery from the pandemic, as we build a carbon-neutral transport sector. Over the coming weeks, the Connecting Europe Express will become a rolling conference, laboratory and forum for public debate on how to make rail the transport mode of choice for passengers and businesses alike,” said European Commissioner for Transport Adina Vălean. 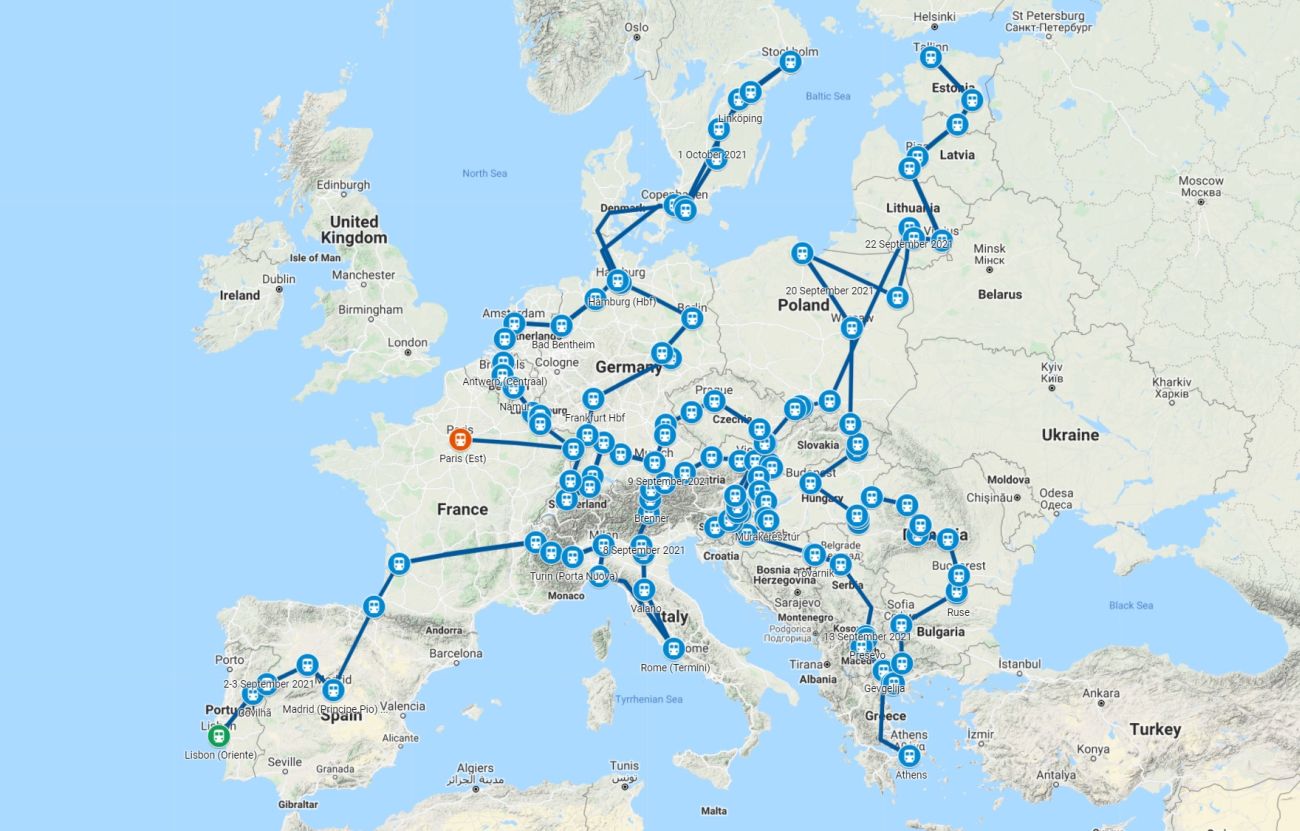 The indicative route of the Connecting Europe Express from Google maps.

The Connecting Europe Express is the result of unique cooperation between the European Commission and the Community of European Railway and Infrastructure Companies (CER), European rail operators, infrastructure managers and numerous other partners at EU and local level.