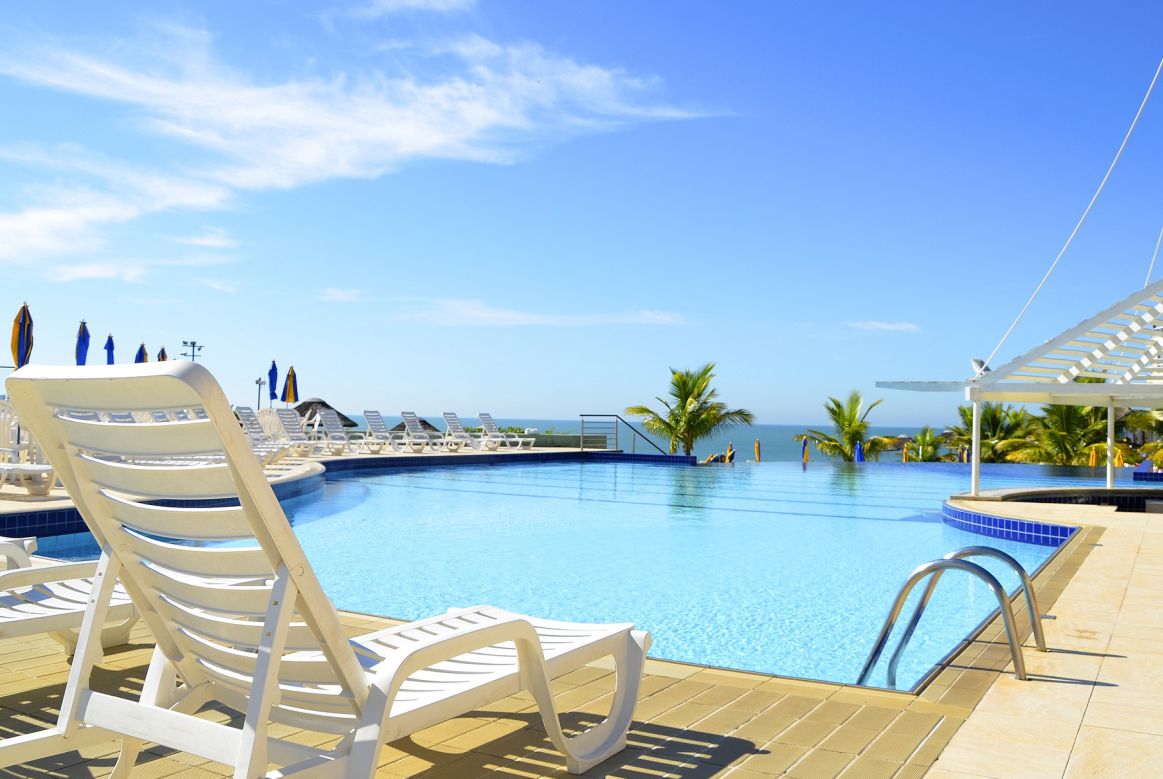 Hotel prices in popular Mediterranean destinations, including Greece, significantly increased during July and August 2021, compared to the average prices of 2019, according to an analysis released by Mabrian Technologies.

Based on a sample of over 73,000 hotels, the analysis includes average prices per country for overnight stays during July and August 2021. Mabrian analyzed the average minimum price of a standard double room by destination and category published on the main online travel agencies. A comparison of the average prices published in online travel agencies during the same period in 2019 has also been included in order to understand the evolution of prices.

According to the analysis, Greece is, by far, the Mediterranean destination with the highest increase of prices. The rise reached 31 percent in four-star hotels and 47 percent in five-star hotels.

On the contrary, Turkey is the only Mediterranean country that experienced a drop of 4 percent in the prices of three-stars hotels. 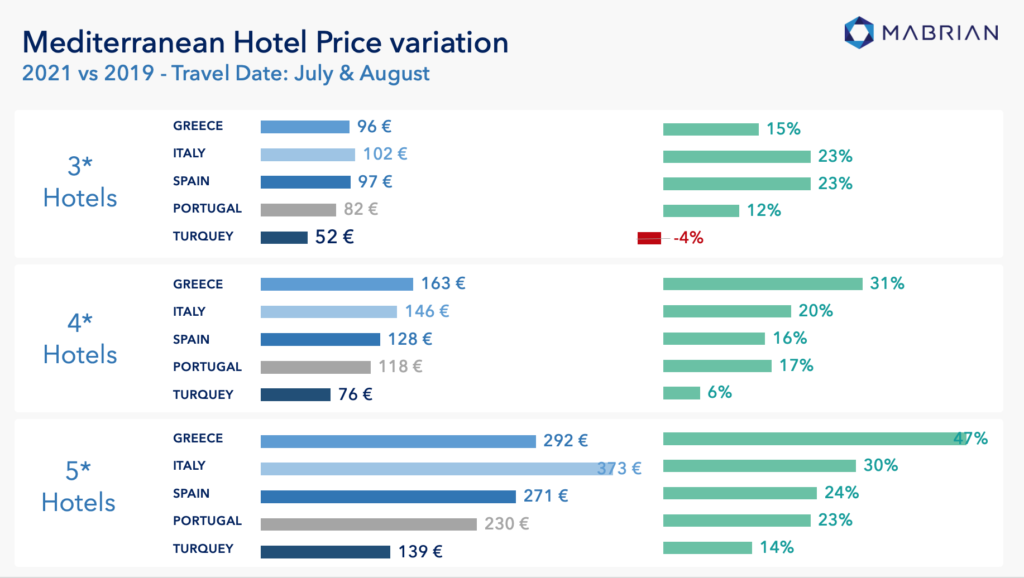 With regard to the reasons that hotel prices increased in Mediterranean destinations, the Mabrian analysis refers to a number of important factors:

Mabrian is a travel intelligence platform and tourism data observatory based in Menorca, Spain.

South Aegean Hotel Occupancy Reaches Up to 85% in August