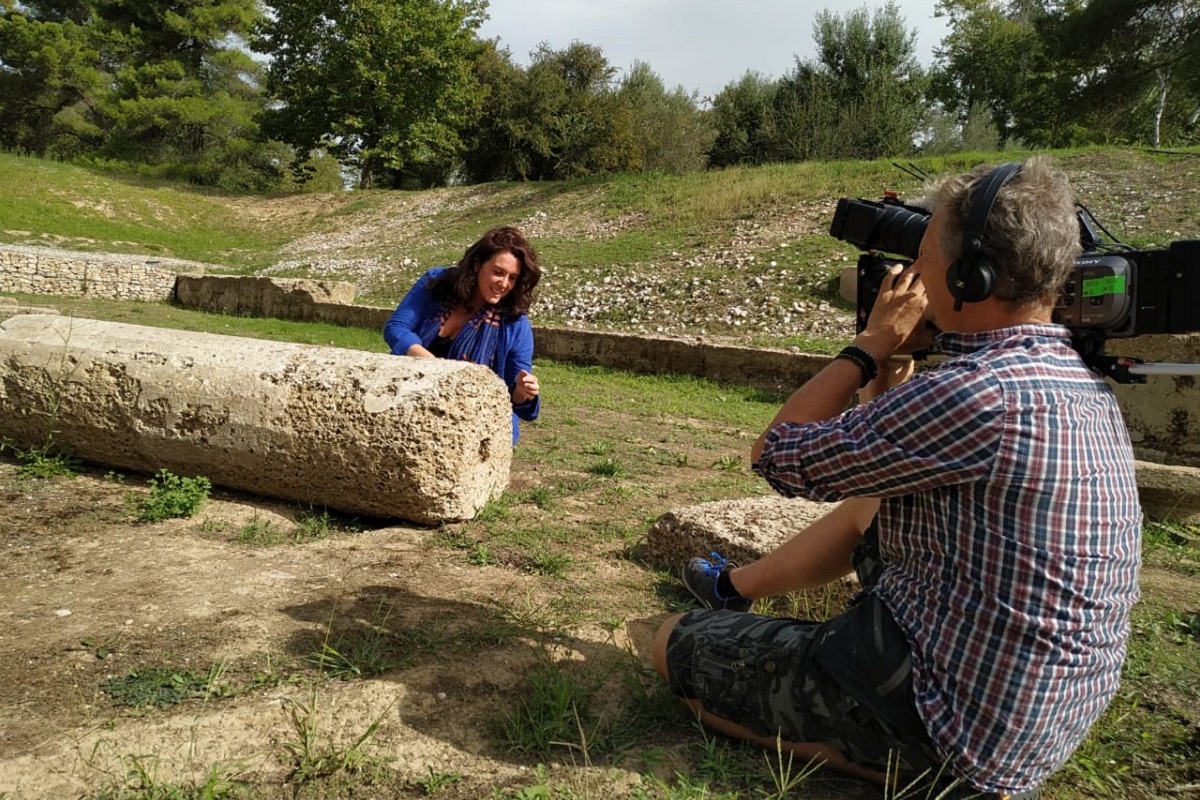 Greece’s ancient “wonders” and most recent archaeological findings were revealed to UK’s TV audience through the “Treasures of the World”, the television show of British historian and presenter Bettany Hughes.

Despite the difficulties caused by the coronavirus pandemic, Bettany traveled to Greece earlier in 2021 to film for the show with the support of the Greek National Tourism Organization (GNTO) service in the United Kingdom & Ireland.

“Our aim is to promote a number of Greek destinations to the British and international market, and enhance our strategy for year-tourism tourism,” the organization said in an announcement. 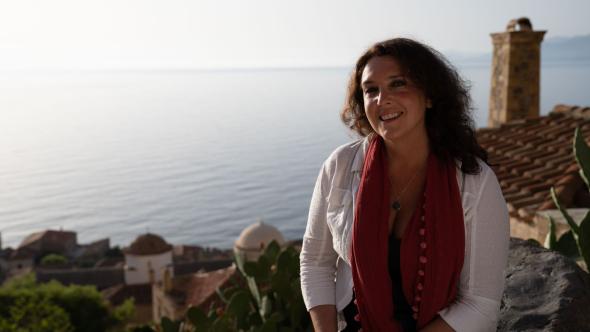 During her visit to Greece, Bettany had exclusive access to excavations and some of the most recent archaeological findings.

She explored Athens, the landmark city of ancient Greek civilization, as well as Nafplio, one of the most romantic cities in Greece, and Sparti, where she discovered the city’s artistic side and emblematic monuments.

Bettany also traveled to the place where Alexander the Great was born, the palace of Philip II in Aigai, Northern Greece. During filming, archaeologists discovered a chapiter, offering Bettany’s TV viewers a very exciting experience.

She also visited Ancient Olympia and was present in Epidaurus during excavations that revealed a pit believed to have contained snakes as part of the healing and recovery process.

Furthermore, she tested the amazing acoustics of the Epidaurus ancient theater. 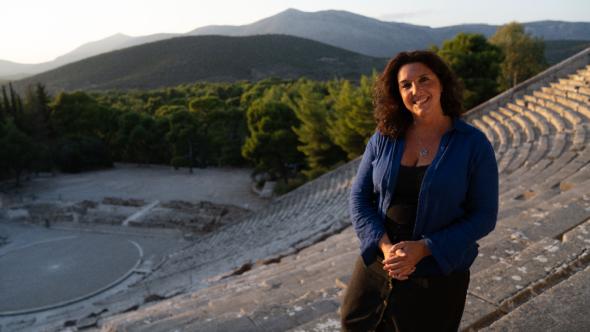 “Bettany is the ideal ‘ambassador’ for Greece and can help the British audience discover the hidden gems and cultural treasures of the country. We are sure that her viewers will be fascinated by the different places she explored,” GNTO UK & Ireland Office Director Emy Anagnostopoulou said.

On her part, Bettany expressed her excitement about Greece’s history and archaeological treasures.

“It is always a pleasure to visit Greece and spend time with its warm friendly people, and every time discover more about its amazing history,” she added.

“Treasures of the World” was broadcast in July and August on BBC World and Channel 4 respectively.