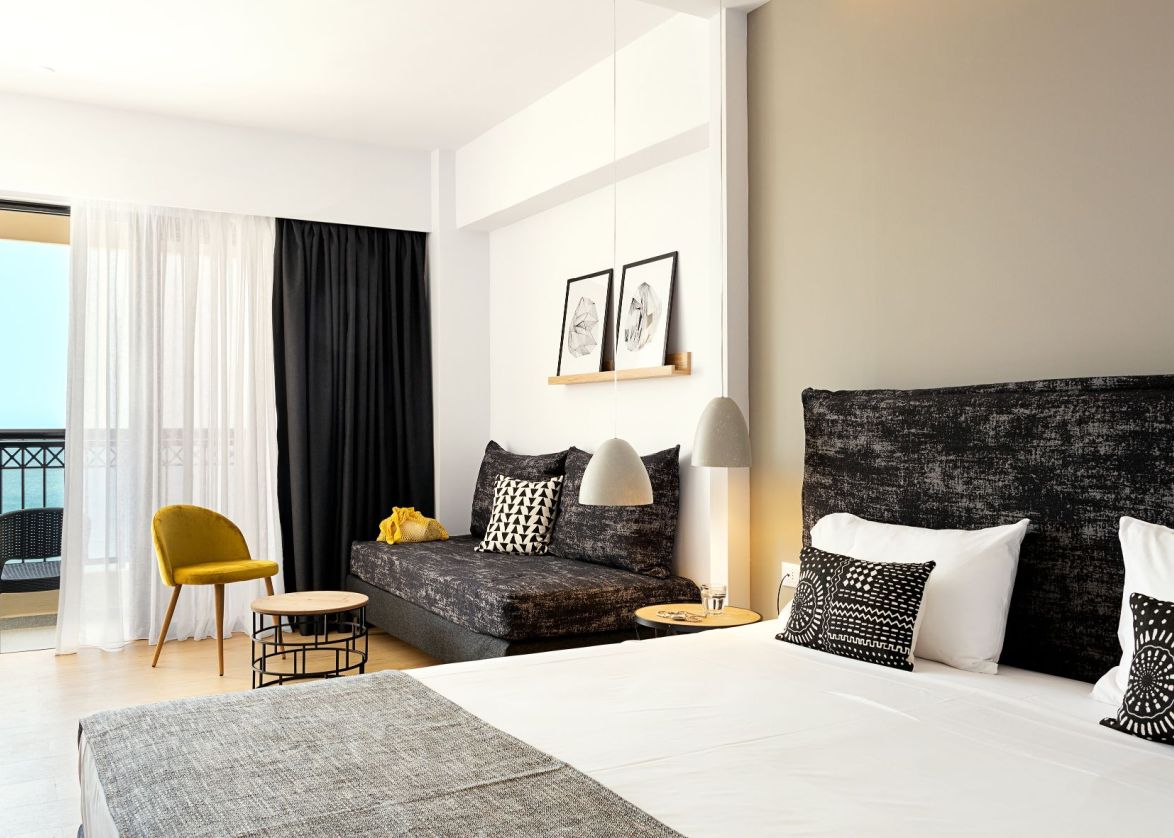 The Cosmopolitan Hotel on Rhodes, Greece, is Meliá Hotels International’s latest addition to its portfolio.

The revenues of Meliá Hotels International, one of the largest hotel companies worldwide, doubled in the second quarter of 2021 compared to the first, demonstrating the trend towards improvement from the impact of the Covid-19 pandemic.

According to the company’s results for the first half of 2021, Meliá’s revenues are still far from the levels seen in 2019 – the company’s last “normal” year (-73.6 percent).

In an announcement Meliá said it was seeing an increasingly evident recovery in the Americas and China, with a gradual return to normality in resort hotels in the second semester.

However, Meliá still sees a weak performance in urban Spain and Europe 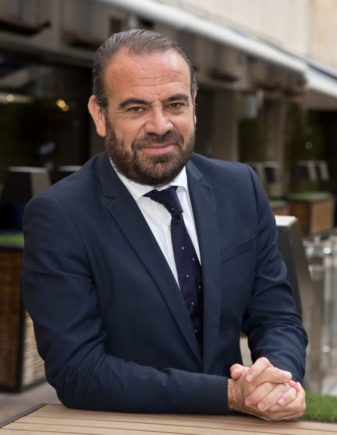 “As I predicted at the beginning of the Covid-19 crisis, the recovery will begin (at least in the resort segment) in the third quarter of this year, with the results of the first half of the year still very much affected by the pandemic,” Gabriel Escarrer, Executive Vice President and CEO of Meliá Hotels International, said.

According to Meliá’s results for the first half of the year, in the second quarter the company doubled the revenues seen in the previous quarter, and achieved its goals of generating positive EBITDA and stopping cash-burn in June.

Meliá said the cost savings achieved with the successful Contingency Plan allowed the Group to offset by 86 percent the drop in revenue compared to the first half of 2020, excluding capital gains and impairments.

“I am particularly pleased to announce that we have a liquidity position of 405 million euros, supported by recent asset sales, and that we have achieved our objectives of generating positive EBITDA and positive net cash in June, excluding the capital gains obtained from the sales,” Escarrer added.

Meliá Hotels International currently has 253 hotels open and maintains significant flexibility given uncertainty in the outlook for travel.

The company sees signs of recovery in Spanish resort destinations in the third quarter, the most important of the year for the industry. However, the extension of teleworking in most companies and the absence of MICE business severely affect some urban hotels, especially in Spain and the rest of Europe.

Following are Meliá’s results for the first half of the year along with information on the Group’s strategy and outlook for 2021. 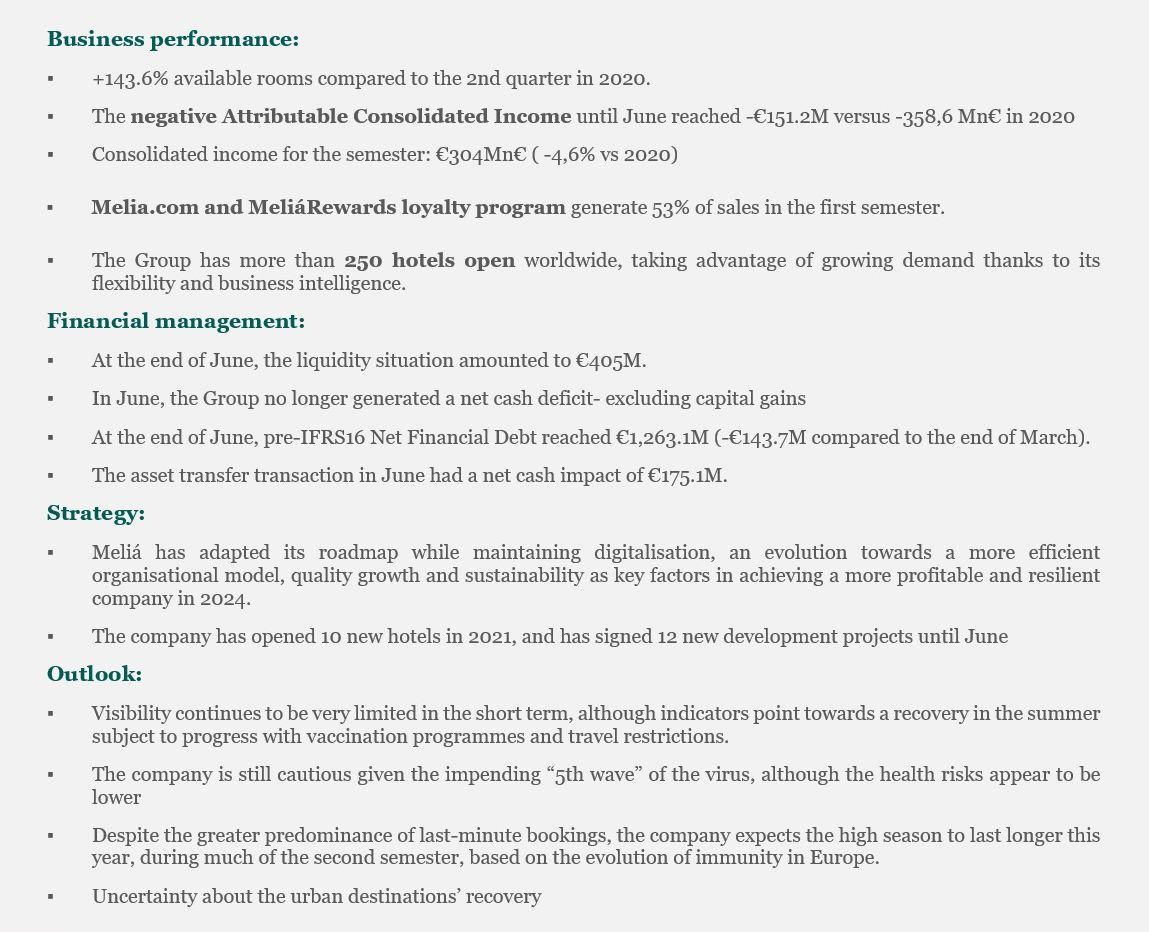