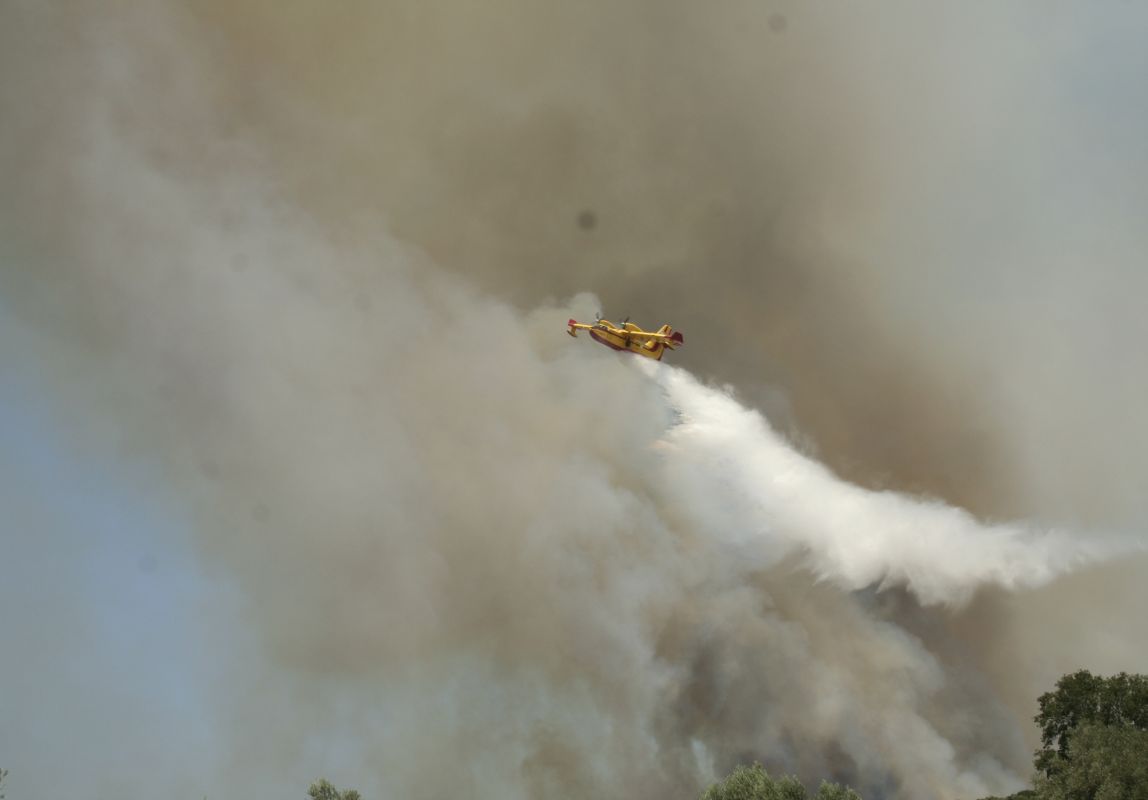 More than 170 firefighters, planes, trucks, helicopters, and volunteers spent the night trying to put out a wildfire threatening Ancient Olympia, its temples and the International Olympic Academy in the Peloponnese, as another massive blaze took hold of Evia island for a second day.

At the same time, on Thursday afternoon, authorities said the fire that ravaged the residential suburb of Varibobi, north of Athens and the surrounding forest at the foot of Mt Parnitha on Wednesday, had rekindled spreading fast to Ippokrateio Politeia, Kryoneri and Drosopigi, where evacuation was already underway.

Residents of Athens and of surrounding suburbs have been advised to keep all windows and doors closed as the ash and particles have created high levels of air pollution.

“We will continue the battle all day in order to contain all the fronts and extinguish the fire. The conditions are difficult,” said Citizens Protection Minister Michalis Chrysochoidis.

The Civil Protection ministry has requested support from the Copernicus Emergency Management Service to monitor the fires in the municipality of Ancient Olympia, Reuters reports. 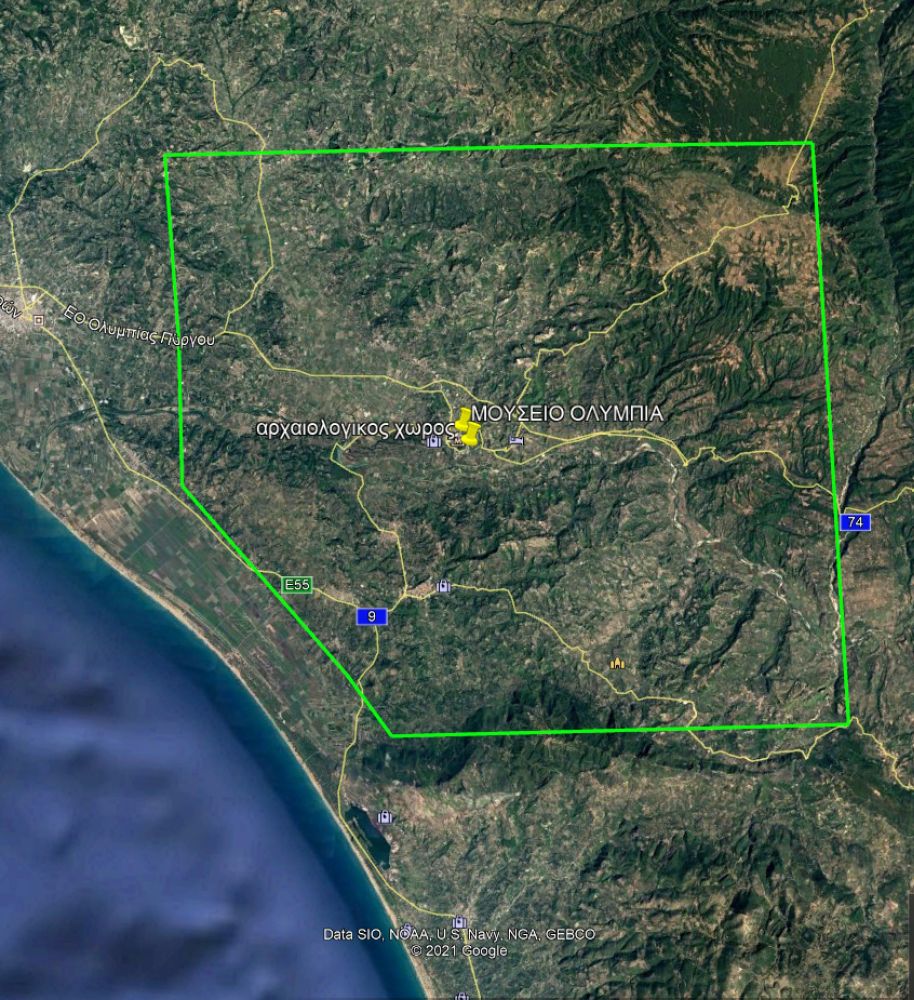 At the same time, Prime Minister Kyriakos Mitsotakis was on his way to Varibobi after visiting Ilia to inspect the damage on Thursday, where in 2007 dozens of people were killed again by a fire. Earlier today during an emergency meeting with the fire brigade, Mitsotakis ordered the involvement of the military in firefighting efforts.

On the island of Evia, the villages of Agia Anna, Kerasia and Achladi were being evacuated due to the spread of yesterday’s blaze fueled by the extreme high temperatures.

Experts expect the battle against the wildfires to get harder in the coming hours as the winds are expected to pick up later in the day.

Greece saw more than 100 wildfires break out from late Tuesday to Wednesday. On Evia alone, experts said that more than 25,000 hectares of pine forest had gone up in smoke. 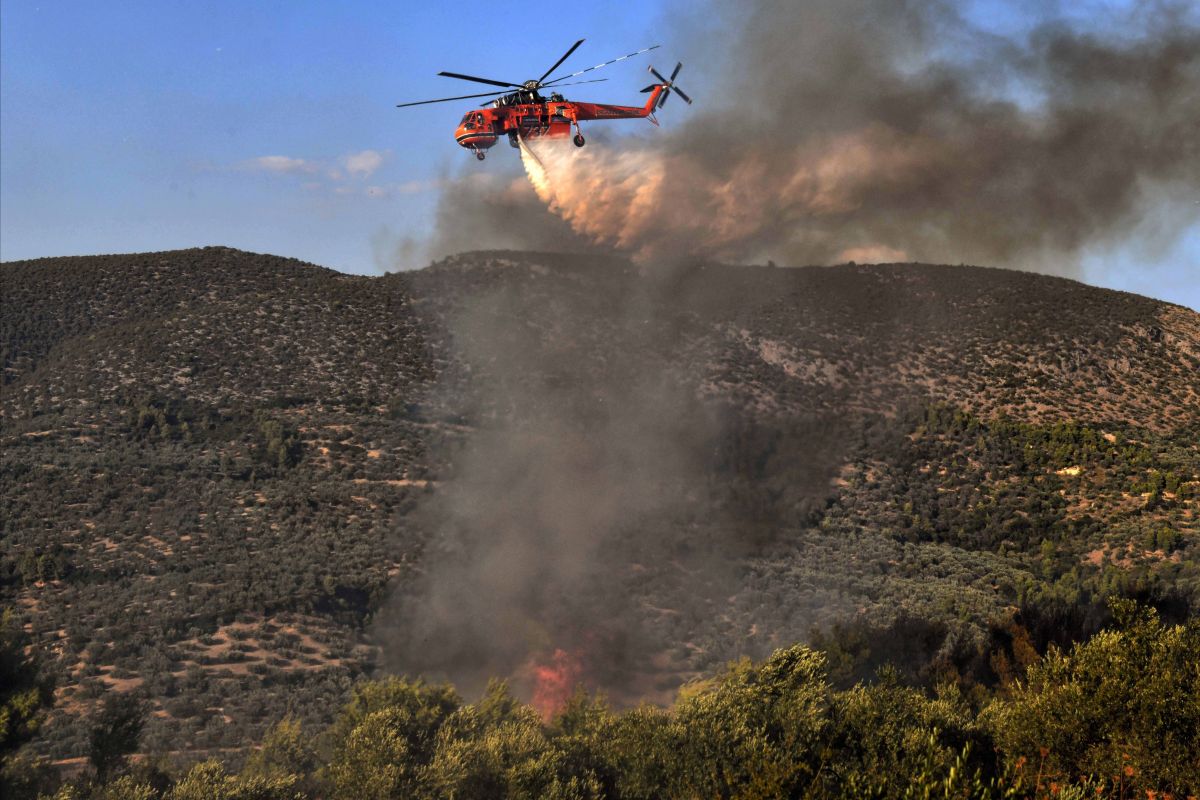 “We are making a titanic effort on several fronts,” Deputy Civil Protection Minister Nikos Hardalias told the press, adding that “the hardest is still to come”.

“According to our forecasts, tomorrow is also expected to be a difficult day … The toughest part lies ahead of us, the next days and weeks will be even harder. Our main aim is to protect human lives,” he said.

Authorities have issued a warning for high risk of fires into Friday, August 6, for most of the country. Greece was set to receive aid form the European Union disaster response group which said it had sent firefighters and firefighting aircraft to Greece.

In July 2018, hundreds lost their lives or went missing after a fire ravaged the seaside resort town of Mati. Experts have repeatedly warned that climate change and global warming have increased the frequency and extent of wildfires globally and actions must be taken to address the  issue immediately.