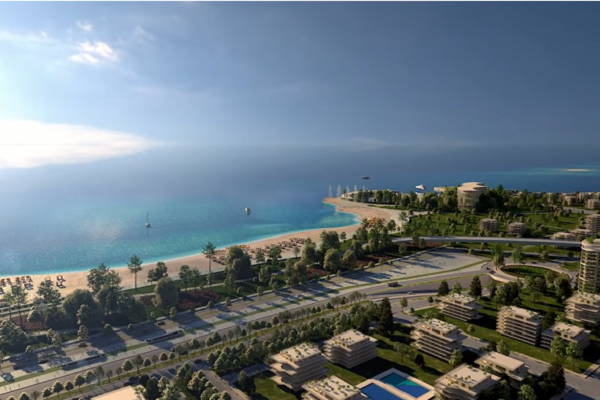 An impression of the coastal front at Ellinikon once completed.

“The regeneration of the coastal front at Ellinikon on the Athenian Riviera will provide Athens’ residents and visitors with access to the sea and promote the Greek capital as a year-round tourism destination,” Lamda Development CEO Odisseas Athanasiou said during an online presentation of the ambitious mega-project on Tuesday.

Lamda Development presented its plans for the regeneration of the 3.5km coastal zone, which today is inaccessible and underdeveloped, as well as the architectural designs of the Marina Galleria in Agios Kosmas – both parts of The Ellinikon project. 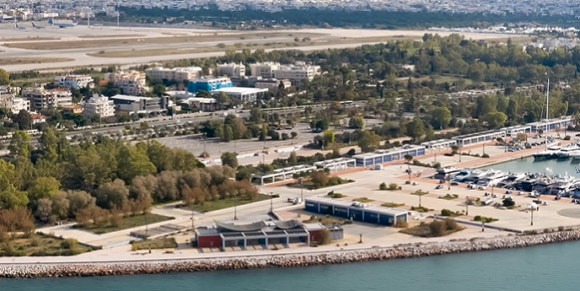 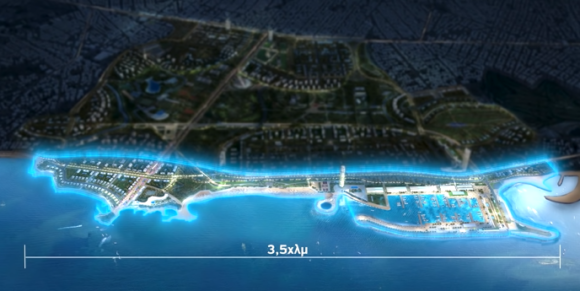 “Connection to the sea is a key element of our plans for The Ellinikon. Therefore, the redevelopment of the coastal front is in itself a stand-alone project set to be completed by 2025,” Athanasiou said.

“The regeneration of the coastal front will contribute to the promotion of Athens as an international year-round destination and help address the issue of tourism seasonality. It will also lead to high-quality tourism that will further upgrade the image of Greece,” he added. 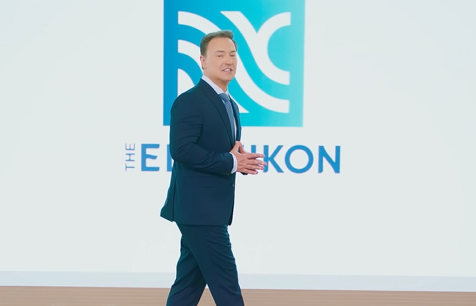 Once completed, the 3.5 coastline of Ellinikon will feature:

– A 1km sandy beach accessible to all
– The Marina Tower – Greece’s first green skyscraper
– The marina of Agios Kosmas which will be upgraded in terms of capacity and services in order to accommodate larger yachts
– Two luxury hotels and residential complexes that will be developed in collaboration with TEMES S.A. – the developer of Costa Navarino.

In addition, The Ellinikon will include a 50km network of walking and bicycle paths, as well as public transport that will connect the coastal front with the Metropolitan Park and other areas of Ellinikon. 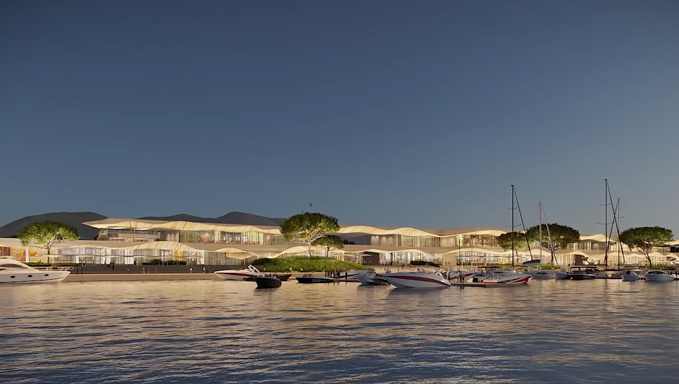 One of the most significant development projects of Ellinikon is the Marina Galleria, a 22,000sqm shopping, gastronomy and entertainment area.

Set to be completed in the next five years, the Marina Galleria complex will be located in front of the new Agios Kosmas marina and next to The Ellinikon Metropolitan Park.

Designed by award-winning Japanese architect Kengo Kuma, it will be developed in two levels: The first level will provide direct access to the sea, while the terraces of the second floor will offer stunning views.

Marina Galleria also aims to become a pioneer project in sustainable development using of the most advanced eco-friendly technologies. 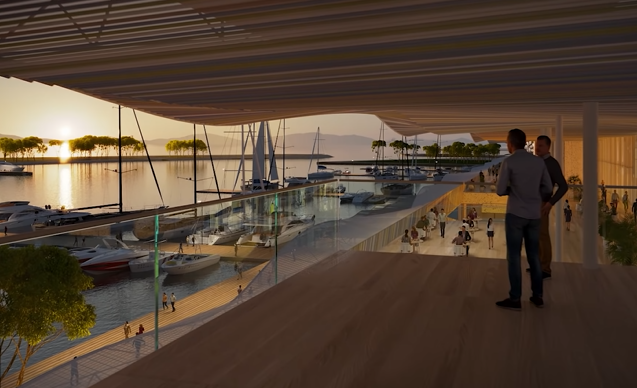 “Marina Galleria aims to offer an integrated shopping, gastronomy and entertainment experience, and become a unique next-generation destination for Greeks as well as visitors from all over the world,” Lamda Development Chief Development Officer Melina Paizi said.